Black Bird from Onion Games is a charming, dark, and challenging 2D shoot ‘em up that is a blast to play on PS4. Learn more about it in our Black Bird review!


Black Bird from Onion Games is a charming, dark, and challenging 2D shoot ‘em up that is a blast to play on PlayStation 4. It tells the tale of a girl who unfortunately dies on a street corner among the indifference of those that walk around her. She is reborn as the ominous titular Black Bird with a thirst for vengeance. The game’s presentation is synchronized to the operatic soundtrack you’ll get to hear for each stage as you listen to songs that are sung in a fictional language as all hell breaks loose. It’s an experience that will remind you of old-school games such as Defender since you’ll be flying through the screen to the left or the right, and the level will end up looping back to where you started. 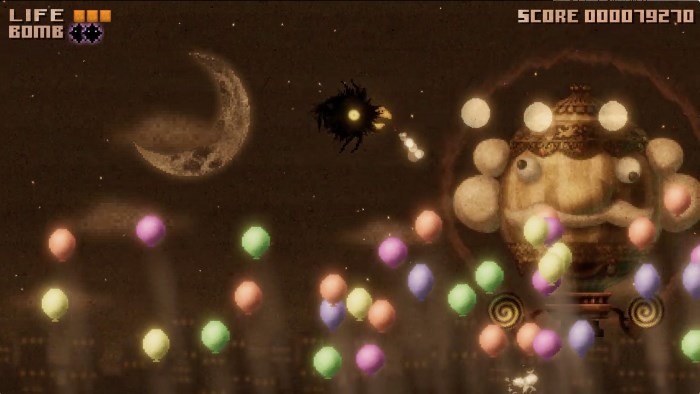 The goal for the game is very simple: destroy everything and everyone on your path! Do this while avoiding the attacks of the puny humans, and you’ll get to collect soul gems of a small, medium, or large size as you defeat enemies, which will allow you to power up your bird. Break pots, and you can collect cursed insects that will improve your character. Circular ones grant you extra bombs. Worm-like insects will give you an extra life point. And those that have wings? Well, they will boost your speed!


Once you’ve destroyed everything and defeated the special stations from which more and more enemies spawn, the alarms will sound, letting you know it’s time for a boss fight! Each of the game’s bosses is different from the rest, offering its own movement and attack patterns for you to learn. Take a few seconds to understand what you’re going up against, and then give it your all as you use the might of the Black Bird to attack and use bombs to deal considerable damage while you protect your bird. 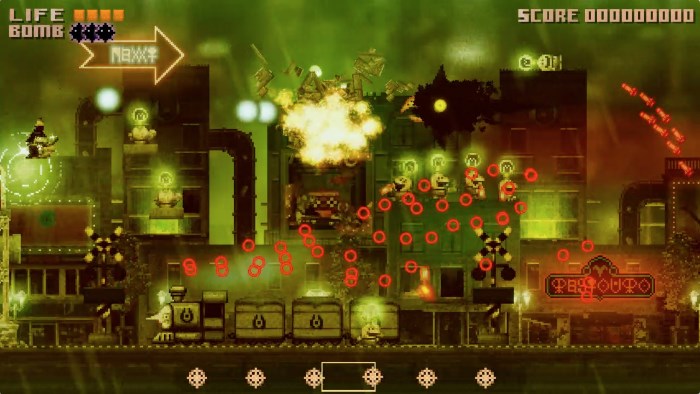 The controls are very simple since all you’ll have to worry about is moving your bird with the left analog stick or the D-Pad as it flies around the screen, shooting with the X button, and using bombs with the Circle button. As you defeat enemies, a counter on the upper right corner of the screen will let you know what your current score multiplier is. The higher the score multiplier, the better the bonus score you can get for defeating more enemies and collecting more soul gems. The multiplier will also affect how many points you get after using a bomb to destroy anything near the Black Bird.


There’s a lot of replay value for Black Bird. You can, of course, aim to get a higher score for each of the levels that you will take on, but you can also aim to improve your performance so that you can get one of the different endings that the game has to offer! Once you complete the game once, you’ll have finished what is known as Normal Mode. After this, you’ll unlock the Rankings so that you can compare your performance against players from around the world. You’ll also unlock True Mode, which has extra endings for you to unlock. 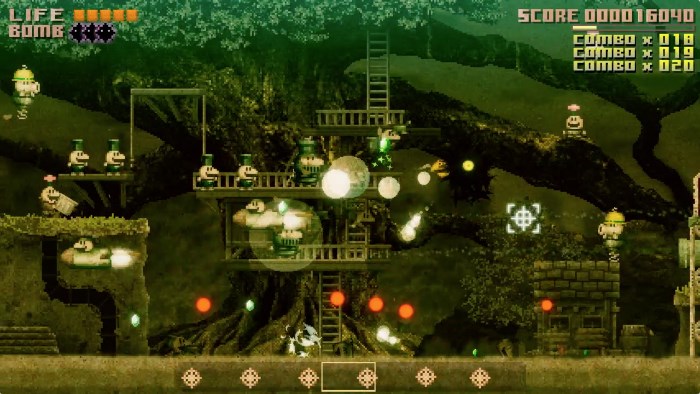 While Normal Mode gives you five continues so that you can carry on playing after losing all of your life points, True Mode dials that back to only three continues. On top of this, True Mode will increase the difficulty, getting closer to bullet hell territory. Oh, and it will also give your enemies more life points, and some of them will have a protective barrier you need to destroy before being able to deal damage. And did I mention that you’ll find new enemies in True Mode and that bosses will have new attack patterns?


The game includes a full trophy list with a Platinum trophy, and it’s one that will keep you busy for a while. The list is split into 6 Bronze trophies, 9 Silver trophies, and 7 Gold trophies. You’ll have to complete Normal Mode, get to the final boss of True Mode and defeat it, use a bomb while having the max combo multiplier (which is 30), earn a million points with a single bomb, collecting enough soul gems to evolve the Black Bird into its final mode, spend 4 minutes in a stage to see a special character, and more. 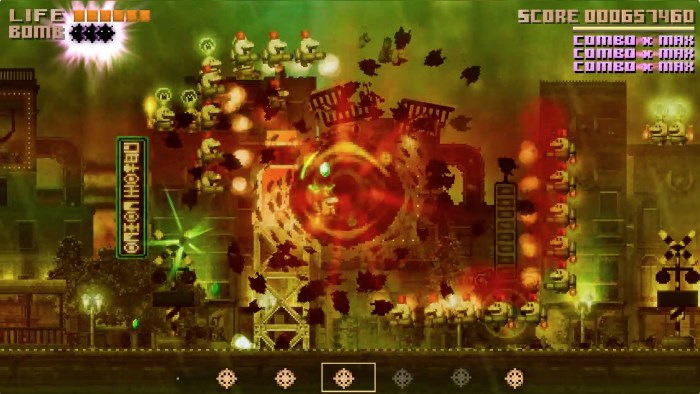 I had a lot of fun when I played Black Bird back when it was released on the Nintendo Switch, so I was definitely up for giving it another go and do it all over again on PlayStation 4. The game looks and feels just as great as it did on Nintendo’s console, with some quality-of-life improvements to enhance the overall experience, making this an excellent shoot ‘em up to enjoy on Sony’s console – and a challenging one to Platinum! Black Bird is out on PlayStation 4 with an $18.99 price, and it’s one you should definitely check out! 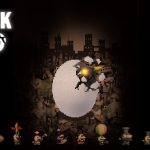 A solid shoot 'em up with a dark theme

Disclaimer
This Black Bird review is based on a PlayStation 4 copy provided by Onion Games.
Black BirdOnion Games
0 comment
0
FacebookTwitterEmail