Unforeseen Incidents from Backwoods Entertainment and ASHGAMES is a hand-drawn classic-style adventure game about a conspiracy and a deadly virus. You’ll play as small-town handyman Harper Pendrell, who finds himself stumbling upon a conspiracy that only he can solve. After meeting with a scientist friend of yours, Harper finds out there’s a deadly unknown disease spreading locally – and eventually nationwide! – at an alarming rate. Only he, his scientist friend, a reporter, and an artist hold the key to solving the mystery and stopping the contagion. 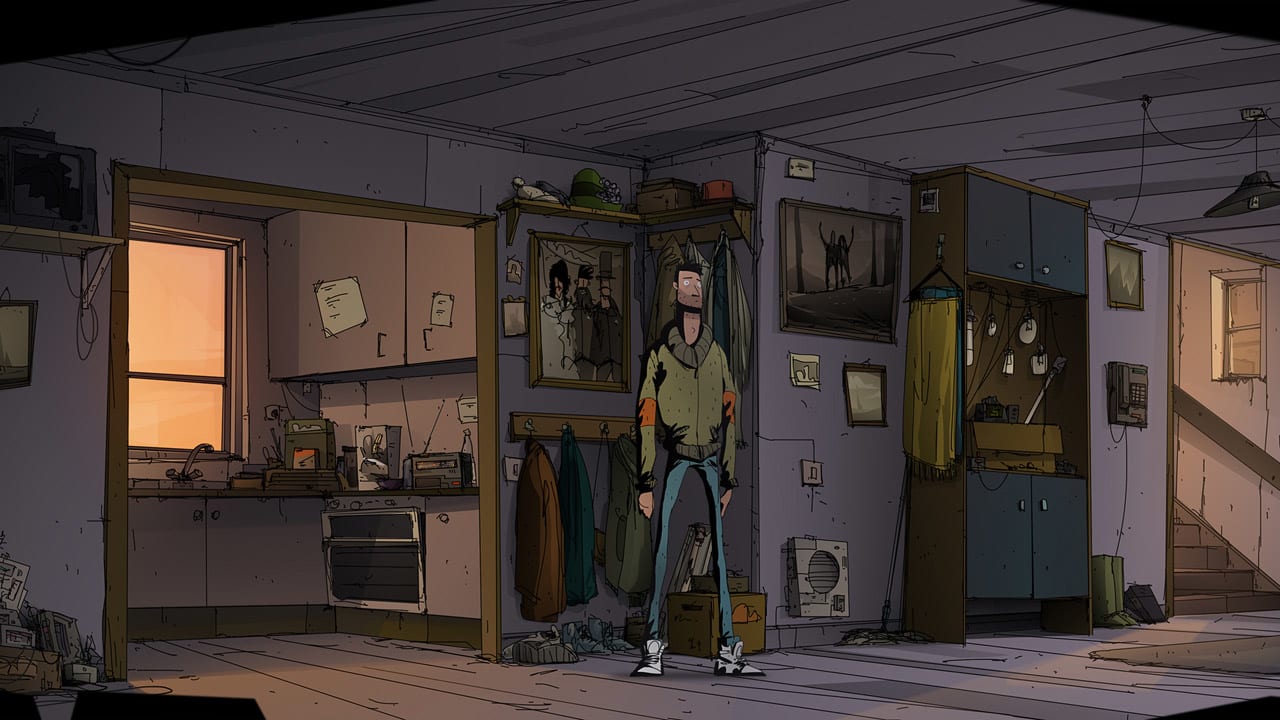 Allow me to say right from the start that I absolutely love the way the game looks and how each area you explore feels like it’s one step away from total disaster. Yelltown seems as if it’s on the brink of a deadly outbreak, and the hand-drawn art style and the way each character is animated helps to make the game feel like a graphic novel that is being brought to life with great attention to detail for how each location is presented.


You can control Harper either with the Nintendo Switch Joy-Con, or by using the console’s touchscreen when playing in Portable or Tabletop Mode, or if you play Unforeseen Incidents on a Nintendo Switch Lite console. You can move Harper with the left analog stick, as you use the right one to move a cursor that can be used to review the area you’re exploring, to find anything or anyone you can interact with. To make things easier, you can press the X button, and you’ll get to see all of the hotspots on the screen. You can even use the D-Pad to cycle between the different hotspots as needed. The Y button will show you your inventory, which will pop up at the top of the screen to let you know which items you’ve collected. 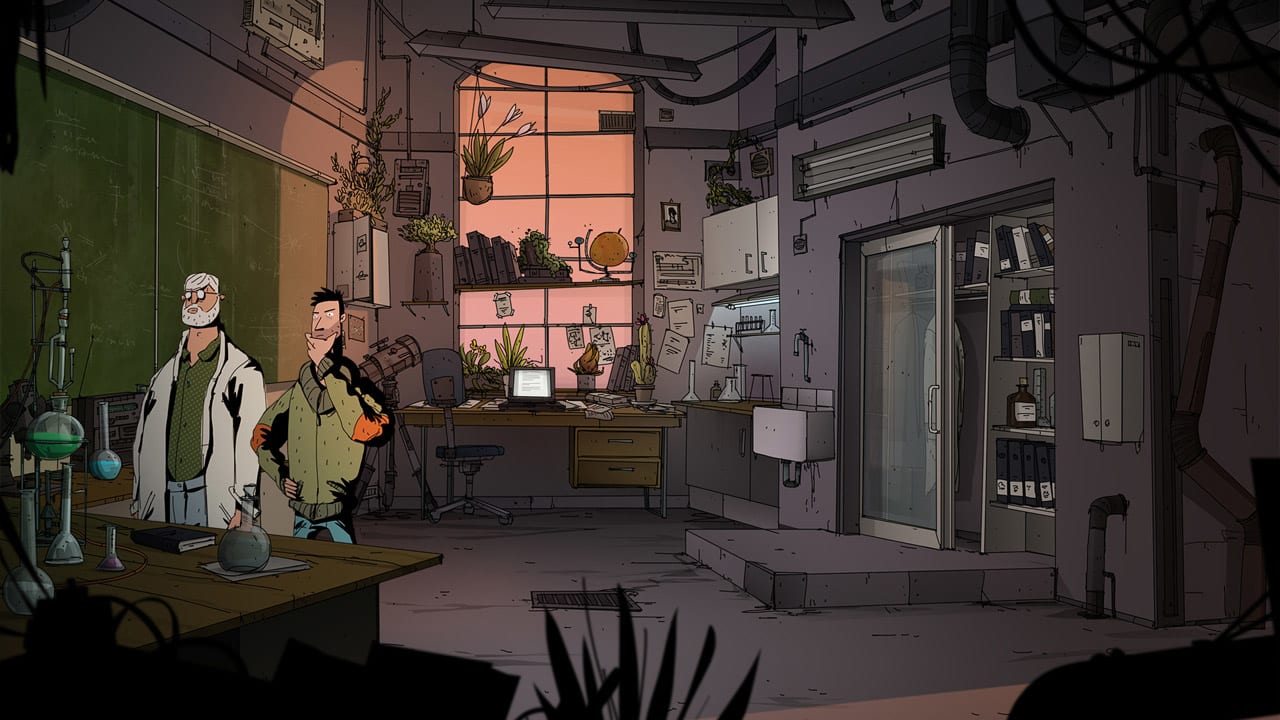 Since this is a point and click adventure game, along with all of the pointing and the clicking, you’re going to run into some puzzles to solve. Once you grab your multitool before leaving home, you’ll automatically walk to the office of one professor MacBride, who seems to be having an issue with his computer. The problem? The computer is not charging! It’s weird since you replaced the battery a couple of weeks before. So out comes the multitool, and after finding the right tool in its arsenal to use with the power adapter, you’ll be able to fix the issue… as soon as you find some electrical tape at the professor’s office.


You’ll first need to splice the cable before you tape it, so with the multitool and the electrical tape already in your inventory, the first step will be to select the right tool to strip the cable. After that, you can use the electrical tape to make the charging cord safe-ish before Harper plugs it in. Once you’ve done this, the laptop will start to charge, and after a sly comment, Harper will be on its way, now with the highly contagious virus in his mind. 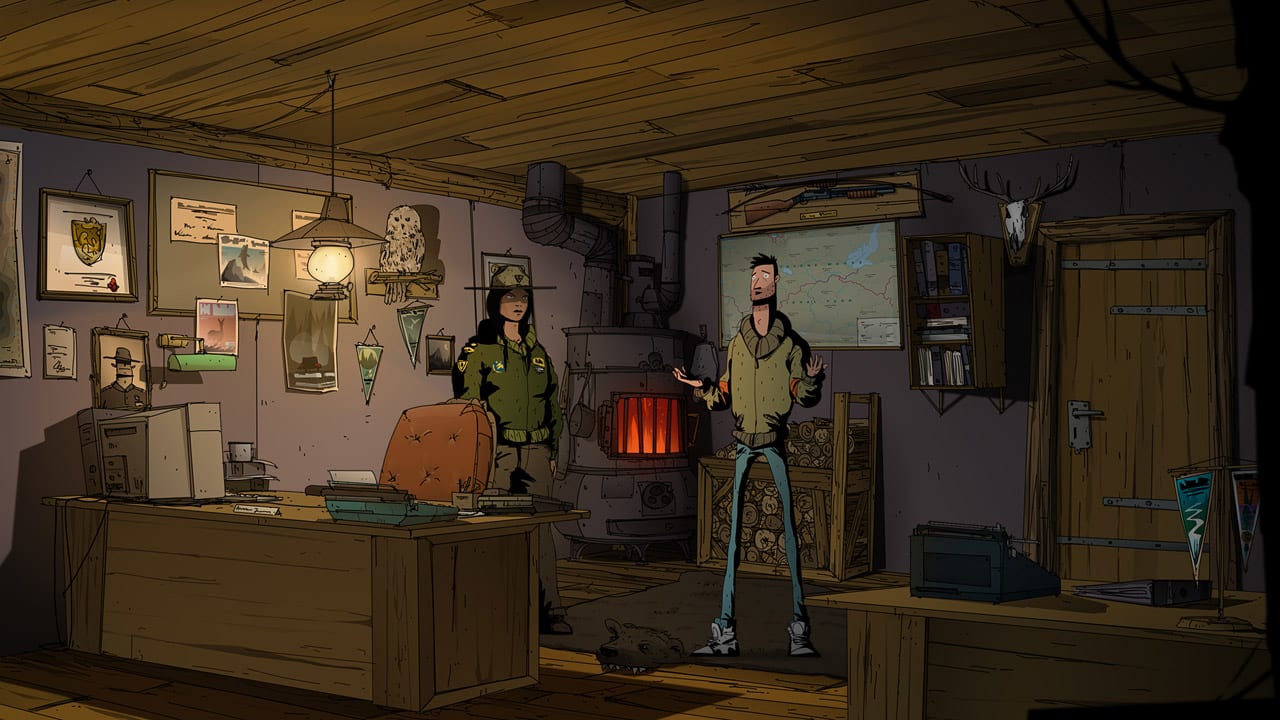 After exiting the professor’s office and walking up the stairs, Harper will find a very sick woman who is bleeding considerably from her nose, barely able to stand up. She will ask you to leave her alone as she coughs even more blood. As expected, she’s sick because of the novel virus. She asks that you don’t call the authorities, but you’ll probably do what feels like the right thing and call the RHC so that they can help her. It’s then that she tells you that you’ve made a terrible mistake and must run away before they arrive, or else they’ll take you in and test you non-stop until you’re dead! You must now bring an envelope in her backpack to a reporter before it’s too late. This is how your adventure begins, and I’ll let you find out what happens next!


To make the most of your time with Unforeseen Incidents, the game offers some options for you to customize the game. You can play the game in English, German, Italian, Spanish, or French, with or without subtitles. You can also pick the font style between Comic, Sans Serif, or special Dyslexic font to make it easier for gamers with said characteristic to be able to enjoy Unforeseen Incidents on Nintendo Switch. 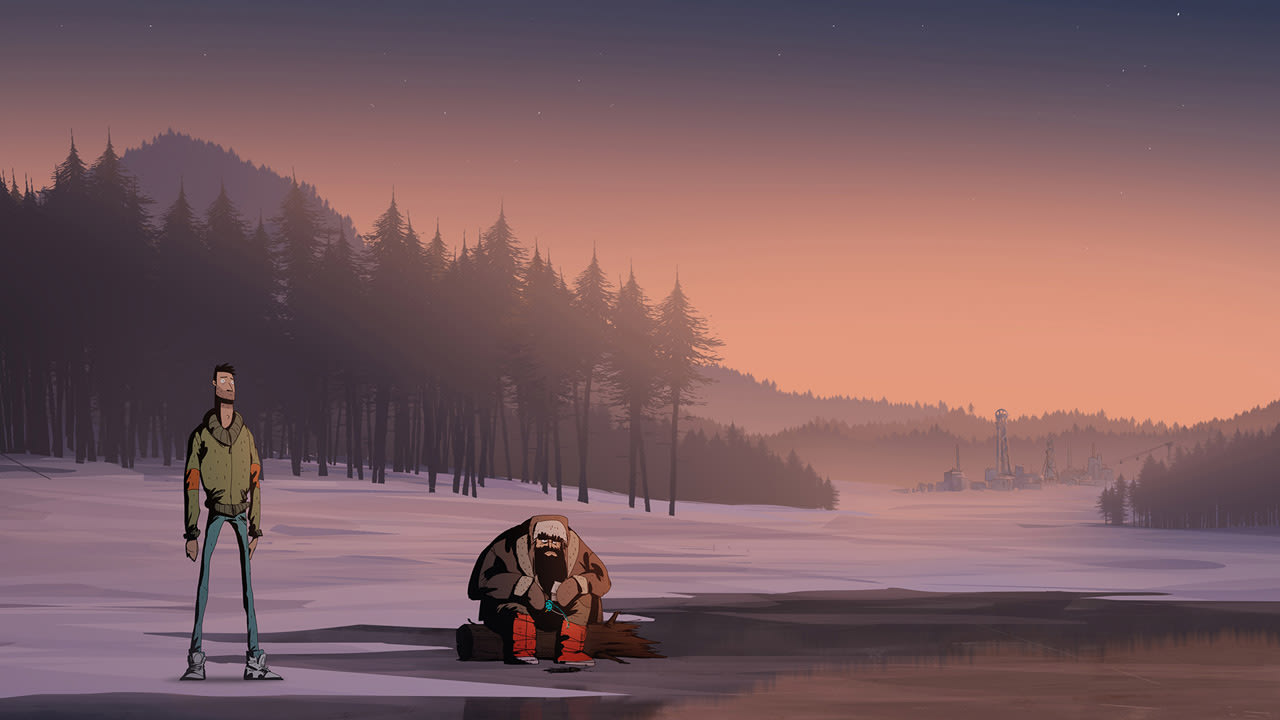 As soon as I saw the game’s trailer, I loved the way Unforeseen Incidents looked, as well as the voice acting for the different characters showcased in the trailer, so I was definitely up for checking the game out for our Unforeseen Incidents review. After spending taking the game for a spin, I can tell you that it’s a solid point and click adventure game that you have to play on Nintendo’s console. I won’t spoil the game’s story, but do know that it’s definitely worth the $19.99 asking price on Nintendo Switch. 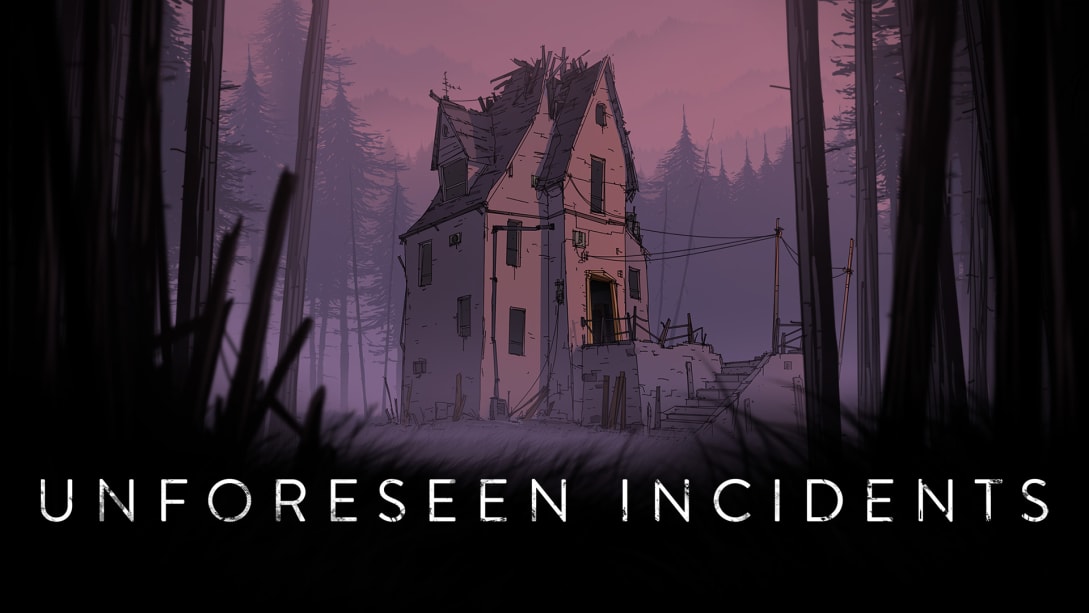 Disclaimer
This Unforeseen Incidents review is based on a Nintendo Switch copy provided by ASHGAMES.

Atelier Sophie 2: The Alchemist of the Mysterious Dream – Story Trailer