Do you want to take on a new budget pinball table on Nintendo Switch with a sea theme? Then check out our Shark Pinball review!


Do you want to take on a new budget pinball table on Nintendo Switch? It’s now time to check out Shark Pinball from Super Powerup Games! After giving us pinball tables based on basketball, giving us a chance to go on a safari, battling against the mighty titans, and playing a fun and fast-paced take on Halloween in pinball form, this time around, you will take to the seas to explore and go up against the mighty and deadly sharks! There are three sharks visible on the table, as well as the game’s logo at the lower center to remind you of what table you’re playing. 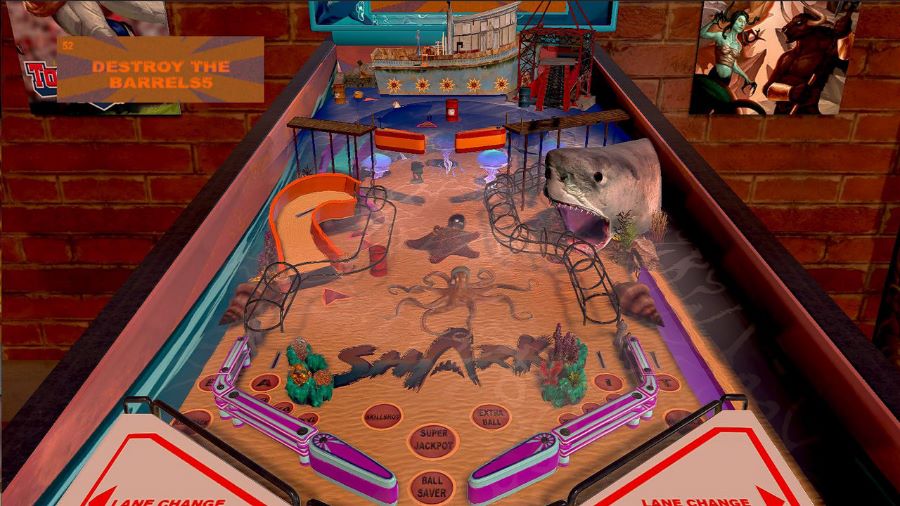 As has been the case of other pinball tables in this series, the controls are going to have the same mapping. That means the left and right pinball flippers will be used with L or ZL or R or ZR buttons, respectively. To get the ball into play, you can pull on the right analog stick to determine how hard you want to hit the ball and then let go of the analog stick. If you’ve played other games in this budget pinball series, and if you’ve been lucky enough to have ever played a physical pinball machine, you know that every now and then, a little nudge to the table might be needed. This can be done with the left analog stick, but you need to be careful because if you overuse it or nudge the table too hard, it will tilt, not allowing you to use the pinball flippers until the ball drops at the bottom of the screen. 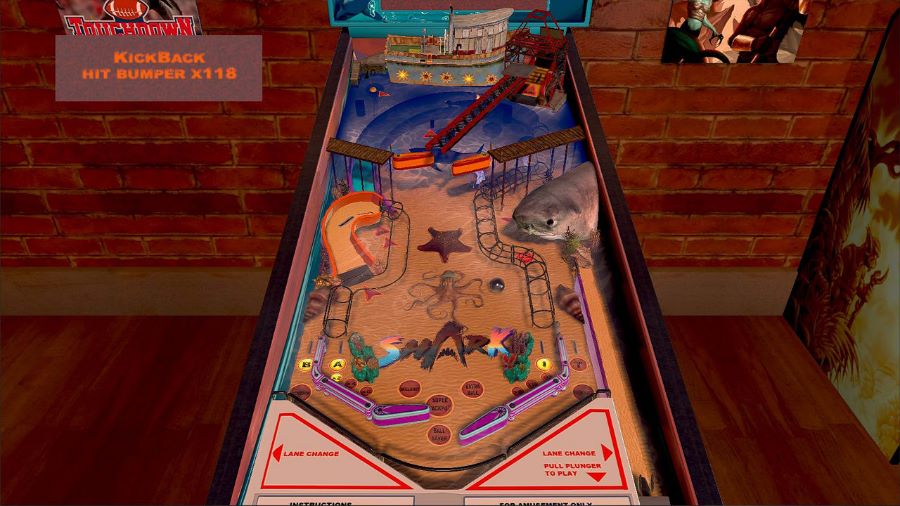 As for the table’s layout, you have a giant octopus moving back and forth on the center of the main area of the pinball table, with ramps on both sides, a giant starfish in the upper center of the screen that will spin around when you hit it, and a bunch of jellyfish bumpers on the upper part of the table – that is, on the lower section of the upper part of the table. There’s a separate section at the top of the screen where you can use a separate set of bumpers to hit the ball as you hit a pair of circling sharks while you try to activate the lit-up targets on the boat. Miss a shot, and the ball will fall back to the lower section of the table. 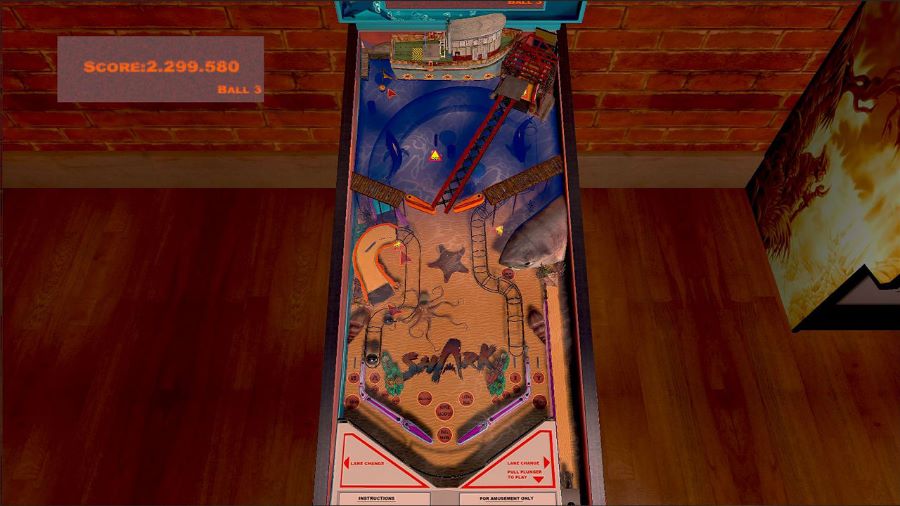 Since this is a digital pinball table, that means it includes the basics you’d expect, such as being able to earn an extra ball, having a short period of time after launching the ball when it can be saved if it falls through the bottom of the screen, being able to take skill shots and unlock jackpots to considerably boost your score. On top of this, there are some missions to complete. These include spinning the giant starfish over and over again, attacking the octopus by hitting it with the ball dozens of times, hitting the jellyfish bumpers well over 100 times, getting the ball to the mini playing field at the top of the table to fish by spinning the flag on the upper left corner of the screen or fixing the boat by hitting the lit targets on the side of the boat. Oh, and activating the giant shark head on the right side of the table and getting the ball into its mouth. Can you complete all missions in one go? 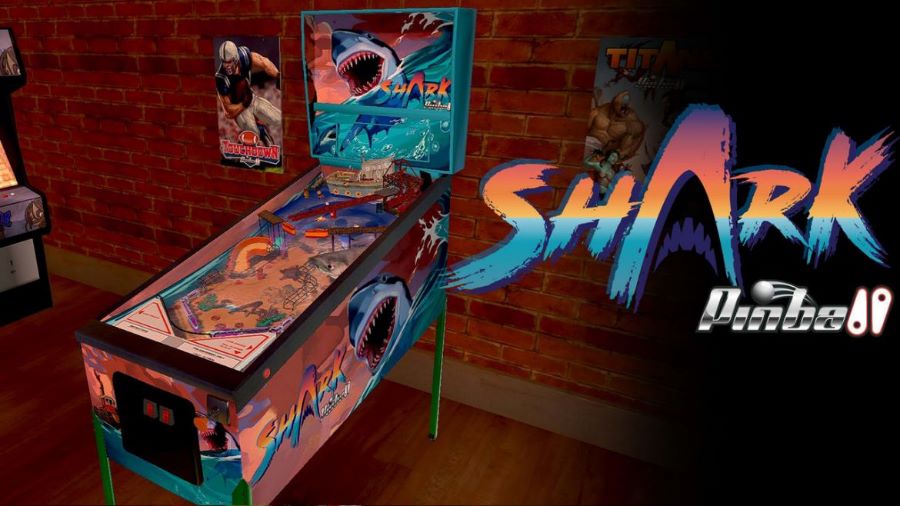 Shark Pinball is a fun budget pinball table to check out on Nintendo Switch. It can be played either in Docked, Portable, or Tabletop Mode, with the bonus of switching around the screen to vertical mode so that you can see the entire pinball table in one go, bringing this closer to the experience of playing on a physical pinball table. You can get Shark Pinball on its own for the low price of only $2.99, or you can go all in and buy Pinball Jam, which includes all 12 pinball tables in one collection, saving you around $11 in the process. 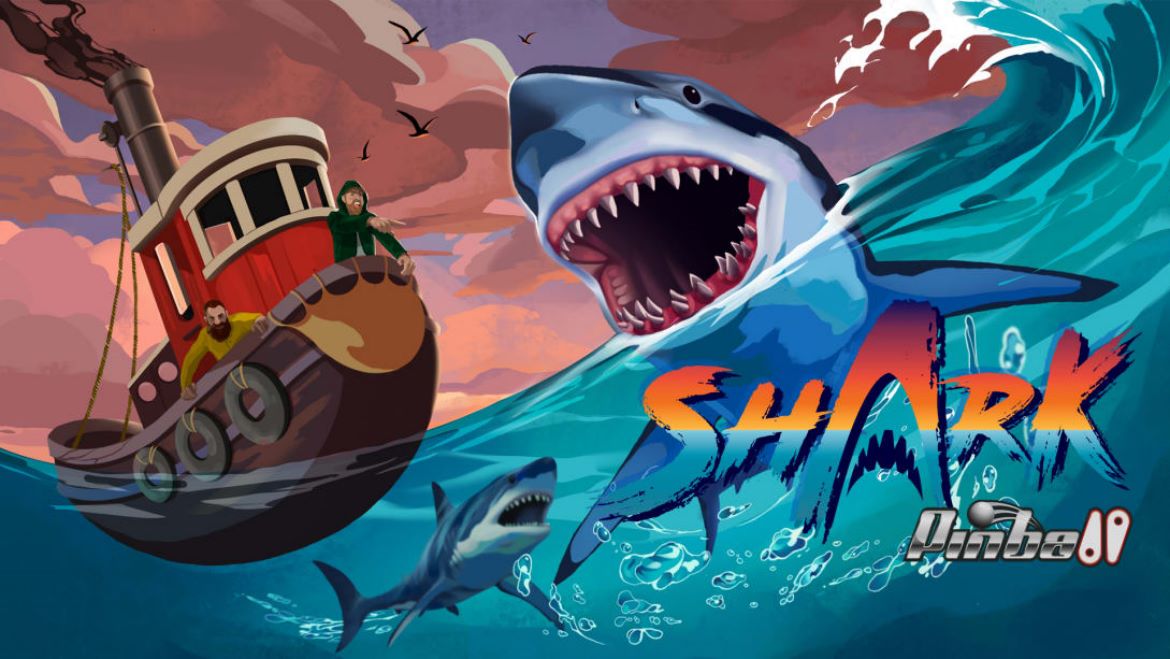 Navigate around deadly sharks as you boost your high score

Disclaimer
This Shark Pinball review is based on a Nintendo Switch copy provided by Super Powerup Games.

Aztech Forgotten Gods On Its Way To Consoles