Little Bug from Buddy System and Red Deer Games is a charming 2D puzzle platformer about a girl and her spirit light. Check out our Little Bug review!


Little Bug from Buddy System and Red Deer Games is a charming 2D puzzle platformer about a girl and her spirit light. You’ll be taking on this journey as Nyah, who must escape from a nightmare with the help of Roadkill, her spirit light companion, as you control both at the same time. You must do whatever it takes to recover the memories of Nyah’s life as you collect them in her lunchbox in order to unlock a path home. Which of these memories will you keep, and which will you give to Roadkill to increase its power and reach new secret locations? 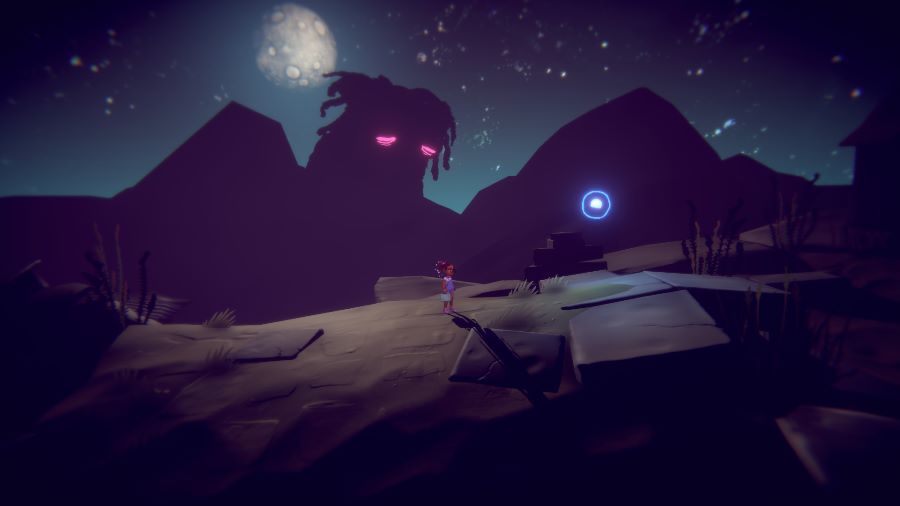 Buddy System took Little Bug to Fig for a crowdfunding campaign that would allow the team to complete the game’s development. Thanks to the support of 315 backers, and the funds provided by Fig as an investment in the project, the crowdfunding campaign managed to reach its main $35,000 goal. Little Bug was later released on Steam in 2018, with Fig as its publisher. It’s now 2022, and thanks to Red Deer Games, this charming 2D project has found a new home on the Nintendo Switch.


You’ll take control of Nyah and Roadkill at the same time, so you’ll be using the left analog stick to move Nyah, while the right one is used for Roadkill – that is, the sphere of light that represents its spirit. The first item you’ll find for your collection – or to offer as a sacrifice at the altar – will be a peculiar cat collar, hinting at who you’re about to meet. Once you step a bit further, you’ll enter the nightmare world, where you’ll see Roadkill as the sphere of light pops up. Press the ZR button, and a ray of energy will carry Nyah upwards, allowing you to clear obstacles. 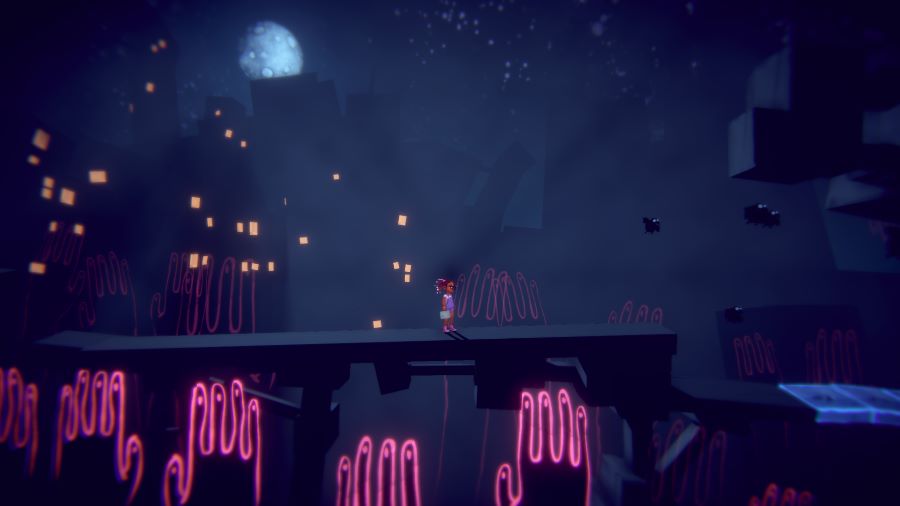 At first, you’ll only be able to use the sphere of light’s power at specific spots during the initial tutorial segment. This is good since it will allow you to get used to the main gameplay mechanics before you’re presented with puzzles in which you’ll have to do more than one thing at once. After the tutorial is over – which happens right after you get home and have an argument with Nyah’s mother – you’ll be able to move Roadkill around with the right analog stick to place it just right so that you can progress further and further.


What will you run into during your time with Little Bug? Since this one is a puzzle platforming adventure, that means that, along with the aforementioned sphere that can attract Nyah to help her clear obstacles, you’ll find glowing platforms that will disappear after you step on them for a few seconds, giant red glowing hands that will trap Nyah, having her respawn at the last checkpoint you reached, huge lakes of red energy, giant creepy eyeballs that will cry red energy tears that will defeat Nyah with a single hit, or large enemies with red eyes that will run at Nyah the moment they spot her. 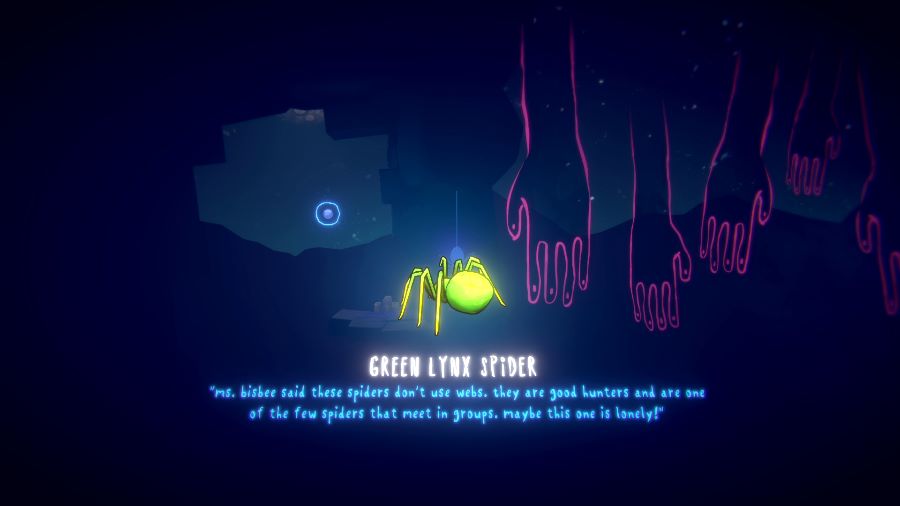 Since your small lunchbox can only hold so many objects, every now and then, you’ll have to decide which items you’ll have to sacrifice as an offering to Roadkill. This is easy to do since you’ll just have to pick an object from your lunchbox and press left. This will move the object into the “Offering?” side of the screen, where you’ll get to see the spirit of Roadkill waiting for the item you’re about to offer. You can check everything that you’ve sent to Roadkill by checking the Altar section in the game’s main menu. 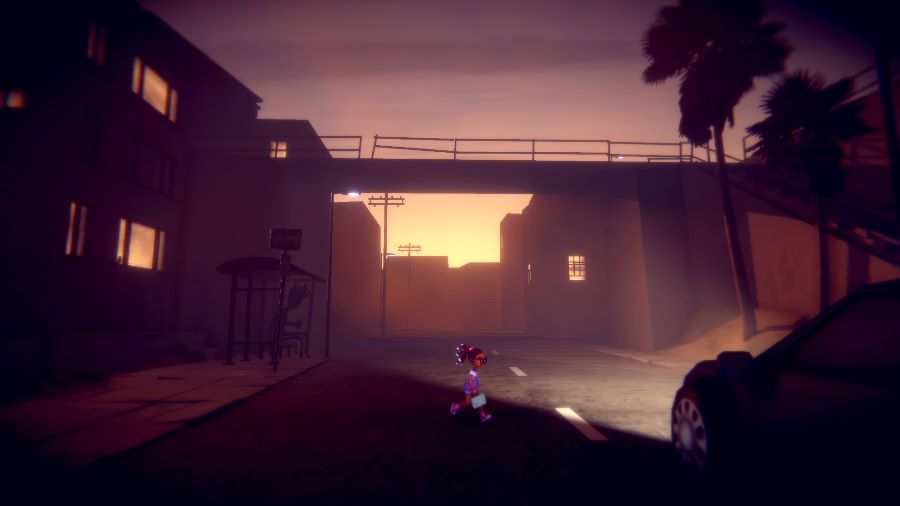 Little Bug is a charming 2D puzzle platformer with a solid art style direction, easy-to-understand gameplay mechanics, and a fun and short adventure. You should be able to complete this one in around 2-3 hours or so, depending on how quickly you get the hang of things and how many of the hidden collectibles you go for. You probably won’t be able to find everything in one go, which adds some replay value to the game. Little Bug is out on Nintendo Switch with a $12.99 asking price. 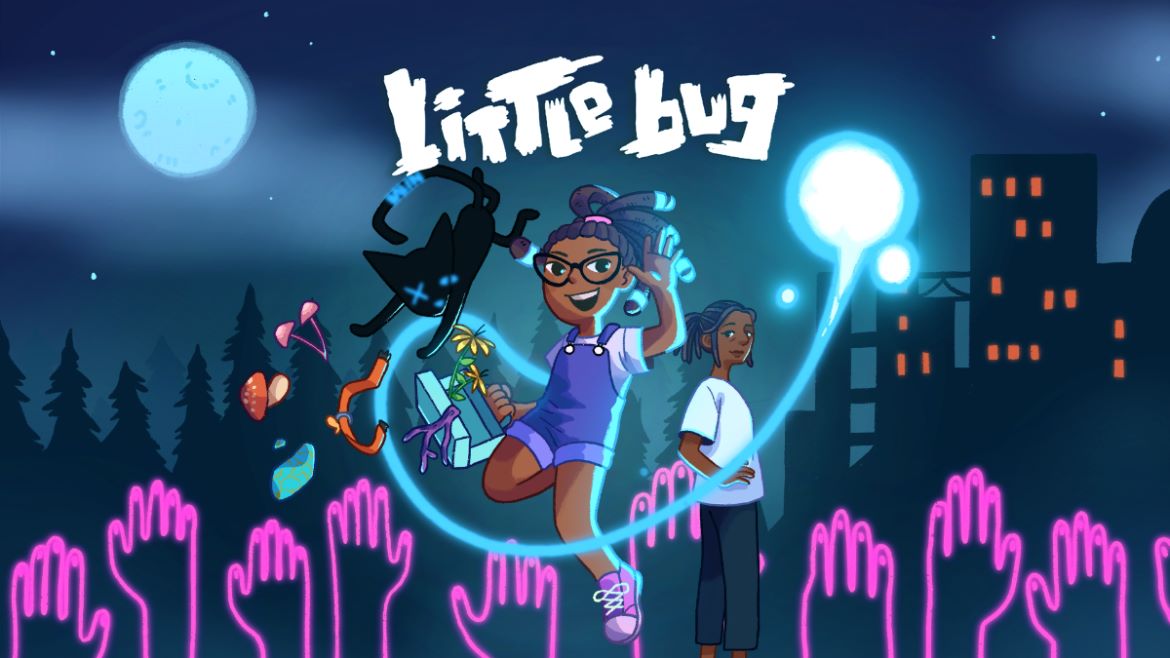 Disclaimer
This Little Bug review is based on a Nintendo Switch copy provided by Red Deer Games.