Guild of Ascension from WhileOne Productions and PID Games is a tactical action RPG with roguelite elements. You’ll be searching through a mythical tower that will reward you for your efforts while it punishes you for your mistakes. The game mixes a short real-time action RPG window for each turn, as you then select your course of action. The tower is merciful, and it will grant you a few seconds to act freely, so use it wisely so that you can survive further and further up the monolith. Collect resources, and you will be able to use them when your current run is over – more on this in a bit. 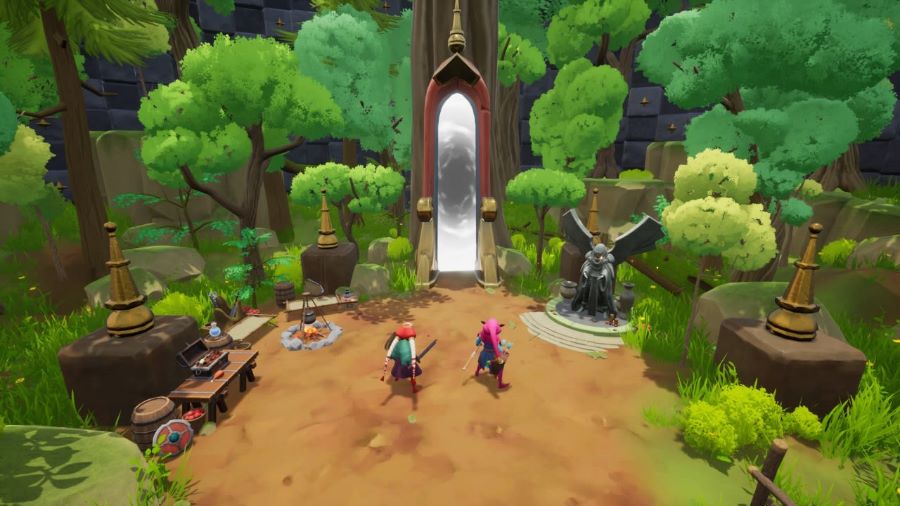 The first choice you’ll make as you set out to start your climb is the weapon that you’ll use for your first run with Guild of Ascension. There’s a sword and shield combo, which will allow you to quickly attack opponents as you also push them back if they get too close. You could also select the bow, which makes it possible to attack from a distance so that you can stay a bit safer. And then, there’s the mighty hammer, a slow but powerful weapon that can deal a ton of damage if you time things just right.

The controls are easy to pick up. You’ll move characters with the left analog stick, and you can combo your attacks by pressing and holding down the Y button or make a charge attack with the X button. Press and hold the B button, and you’ll gain dodge points, which will be used up when an enemy does attack you. Press the L button, and you’ll then be able to use the skills from the panel. The skills can be used as long as you have enough skill points available. To learn more about each weapon and the skills that your characters will get to use, you should give a look at the Towerpedia.


The Towerpedia is a useful tome full of information that will aid you on your journey. For example, the sword and shield combo can be used for quick attacks and to deal some damage or push enemies with your shield. On top of this, there are also skills to use, such as rest, which gives you a boost to dodge points, taunt enemies around you to aggro them towards your character or do a quick dash by using up some energy. The hammer can, for instance, be used for a powerful ground pound to deal extra damage or use a tornado attack around your character. 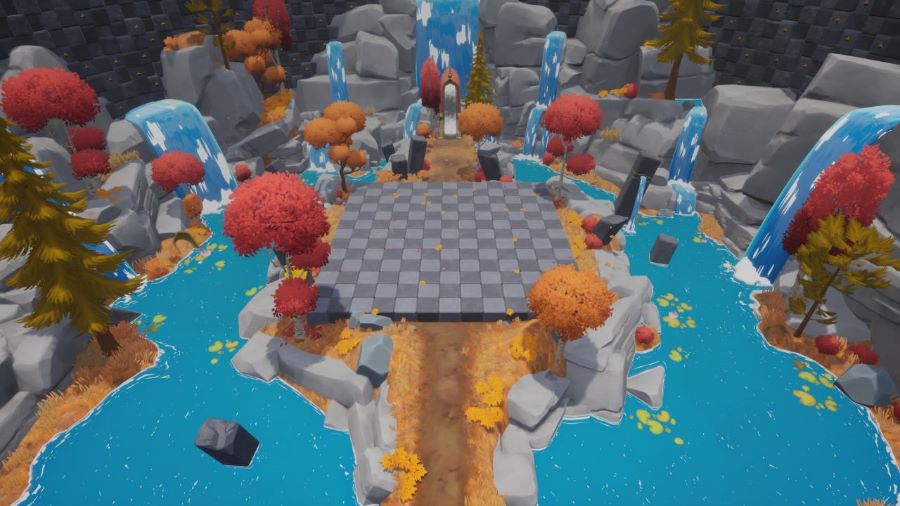 To extend your run up the tower, you can use the ZL button to use tactics view. Tactics view will allow you to zoom out to see more information for your enemies. This will make it possible to check their turn order, attack, and defense stats, as well as their threat zone. And if you’re feeling confident and want to speed things up during your opponents’ turn, you can press and hold down the ZR button to increase the speed of their animations so that you can get to your characters’ turn at a faster pace.

But even if you make good use of the tactics view, you won’t be able to climb the tower forever, since enemies will become more powerful as you progress further, and you’ll also run into huge bosses that will test your skills in full. You’ll have to pay attention to their movement and attack patterns so that you can find the right window for using your abilities. The materials and money you collect after each battle in the tower can be used so that the guild can craft new equipment to make you more powerful. 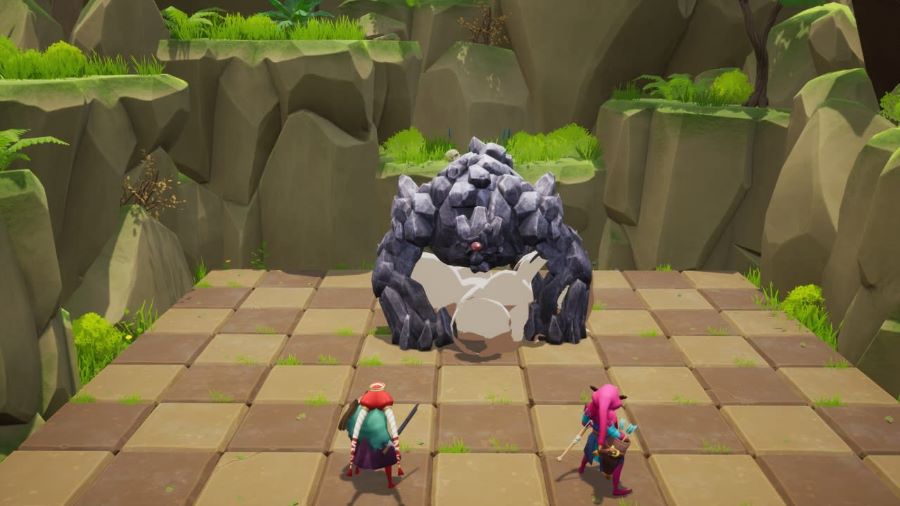 Defeat enemies and bosses, and you’ll gain experience points, which will allow you to level up when you’re back at camp. You can use these to automatically bump up each character’s stats in a balanced, aggressive, or defensive preset or go for a custom distribution. This will allow you to increase each of your character’s HP, dodge, defense, attack, and critical stats, as well as increase the time each character has for setting up its attacks and skills during their turn. You must also make the most of the privileges you’re granted as you loot your rewards. Decide which of your characters will take what privilege because there’s a limit to how many each one of them can have.

To be able to survive as you climb up the tower, you should also pay attention to the icons displayed for each node of the floor you’re working on clearing. These icons will let you know if you’re going to take on a regular fight or a boss fight, will have to complete a challenge, will risk taking on a random event, can visit a goddess statue to gain some extra experience for your characters, recover some of your lost health, or gain a revive potion, obtain a key for the floor, or visit a shop where you can purchase items in exchange for the wishes collected during your run.


There’s the option of customizing your experience depending on how you want to play. You can increase or lower the percentage of damage you deal, increase or lower the damage you receive, and if you’ll have some auto revive potions to use during battle. You can also decide if you want the game to prioritize the visuals for Guild of Ascension, prioritize the performance, or use a hybrid system that balances things out. 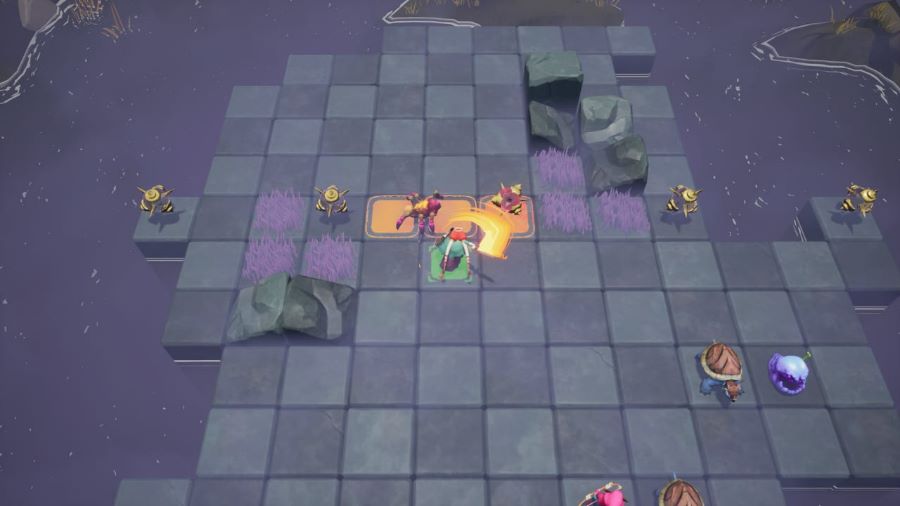 Guild of Ascension is a fun game that does a good job of mixing real-time tactical action RPG elements with a roguelite twist, offering short fights to complete and different activities to take on depending on the type of node you visit on each floor. It’s an easy-to-understand gameplay loop that will keep you busy for a while, in a game that you can play in short bursts or for extended periods of time as you complete quests and unlock new charms, new weapons, and more. Guild of Ascension is out on Nintendo Switch with a $16.99 asking price. 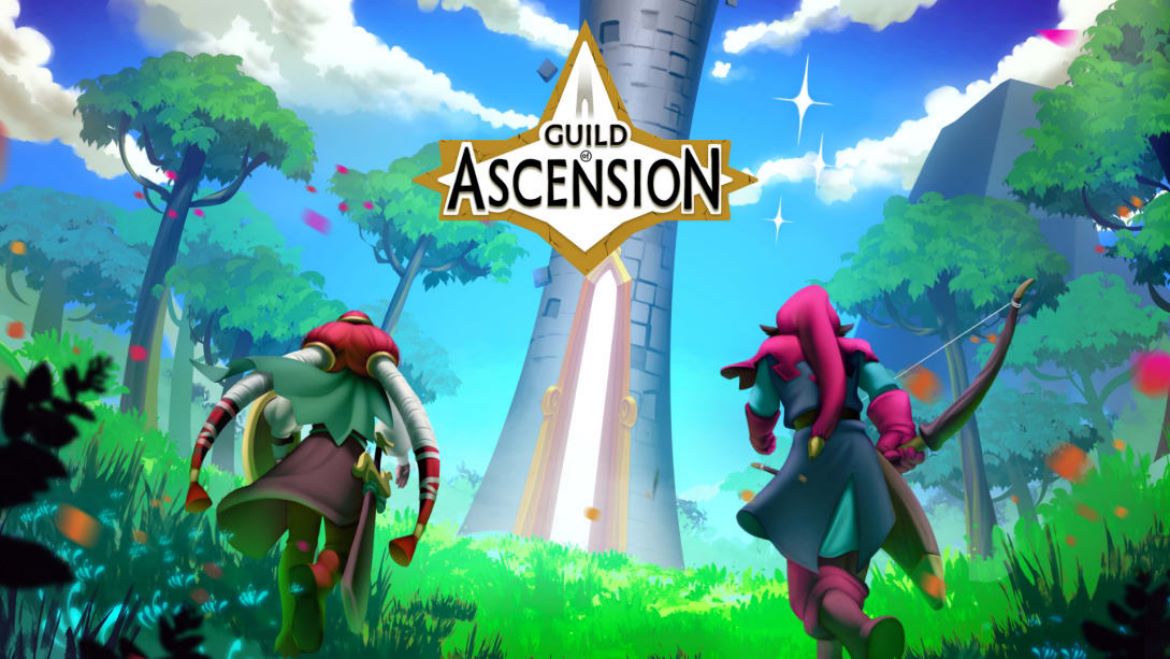 Disclaimer
This Guild of Ascension review is based on a Nintendo Switch copy provided by PID Games.