Sci-fi action-platformer hack-and-slash Blackwind from Drakkar Dev and Blowfish Studios is ready to go on Nintendo Switch. Check out our Blackwind review!


Sci-fi action-platformer hack-and-slash Blackwind from Drakkar Dev and Blowfish Studios is ready to go for tomorrow’s launch on Nintendo Switch. For this top-down action-packed experience, you’ll be taking on the role of teenager James who ends up piloting a prototype Battle Frame armor suit during a massive alien invasion. It’s up to you to give it your all and do whatever it takes to stop the invasion before it’s too late! The Raknos hordes are destroying everything on their path, so you’re going to have to learn on the go as you try to save not only the mining colonies on Medusa-42 but also James’ missing father! 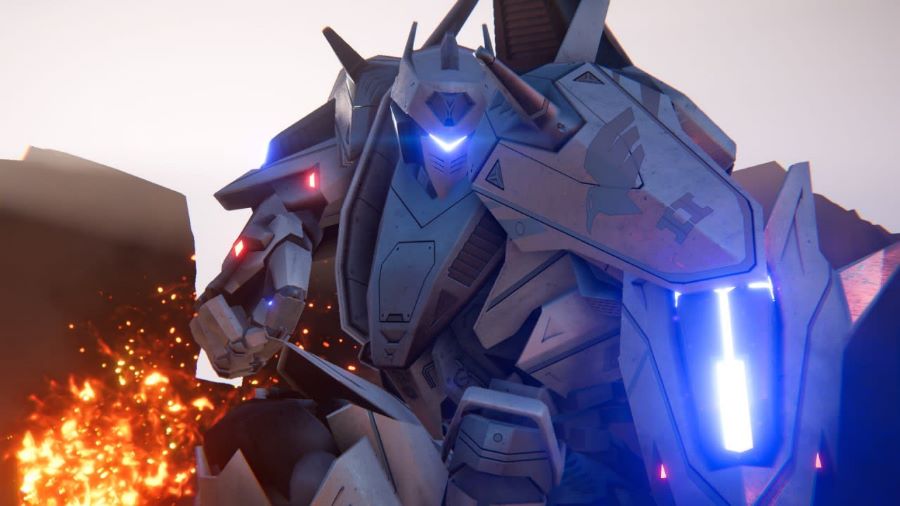 The good news is that James is not going to be alone since he’ll soon discover an ally inside of the prototype Battle Frame armor suit. The suit’s AI will help you learn all of the basics in order to locate Professor Hawkins – that is, James’ missing father. The AI can also make it possible to download the maps for each of the areas you explore once it connects to the right terminal, and it will let you know when enemies are nearby so that you can prepare for battle and destroy your opponents.


You’ll move around the Battle Frame with the left analog stick, jumping and double jumping with the B button and dashing with the R button. You can aim with the right analog stick and fire with the ZR button. You also have melee attacks mapped to the Y and X buttons for fast and heavy melee attacks, respectively. The A button will be used for interacting with objects, and it can also be used in battle for a finishing move on enemies to whom you’ve dealt enough damage. You can parry attacks with the ZL button by timing things just right so that you can counter and deal some extra damage. 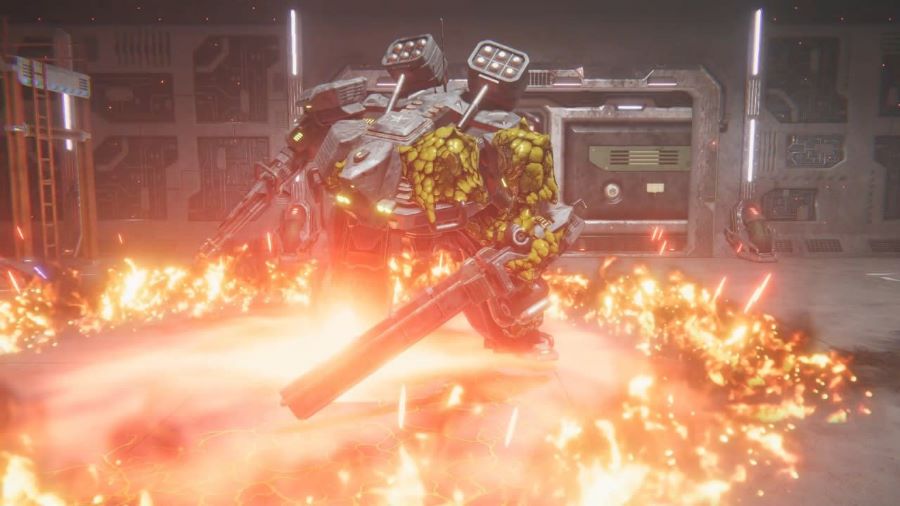 The Battle Frame will also gain access to power attacks, which you can select by pressing in on the left analog stick and then pressing the L button. You’ll start with homing missiles, which can help you target some enemies on one side of your bot while you focus on slashing at the ones on the other. To balance things out, you’ll need to collect enough energy by grabbing yellow orbs to use power attacks. That way, you won’t be able to abuse the might of said power attacks, or else you’d be able to destroy each group of enemies in seconds.

You’ll also gain access to some B-Wolfrium, which will allow your Battle Frame to evolve. The first of said evolutions will allow you to jump and press the Y button in mid-air to execute a downward strike that can be used to damage enemies around you while also removing their shields. Later on, you’ll gain access to a drone, which you can command by pressing up on the D-Pad. This detachable drone can be used to explore areas that are out of reach for the Battle Frame. The good news is that it’s equipped with a weapons system, so you can retaliate against any enemies you find while exploring with the drone. 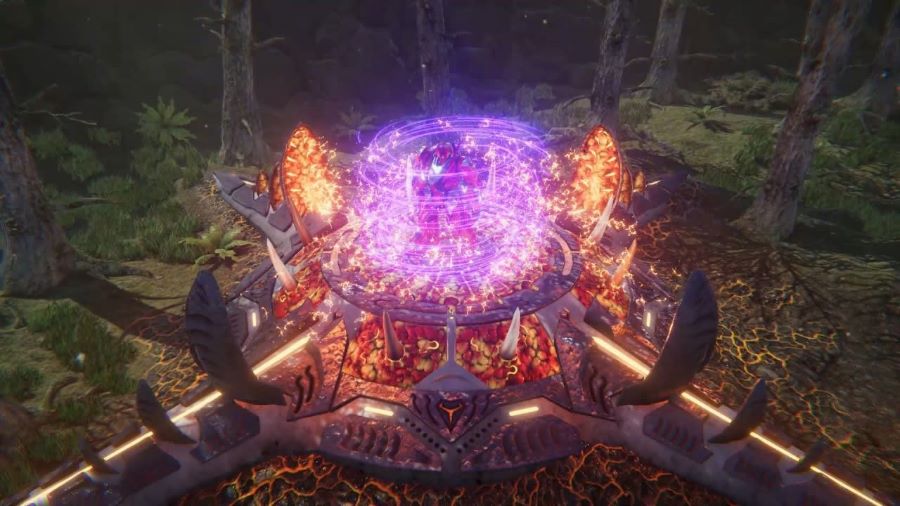 As you defeat enemies and destroy every object on your path, you’ll gain blue energy orbs. Collecting them is very important since they can be used at upgrade stations to unlock skills in one of three skill trees: General, Combat, and Special. You could boost the Battle Frame’s dash, add a 40% chance of enemies releasing a green health orb when defeated, increase the damage dealt by your arm gun or the number of bullets it shoots with every attack, boost the damage of your bot’s energy blades, increase the number of missiles shot by your power attack, and more. 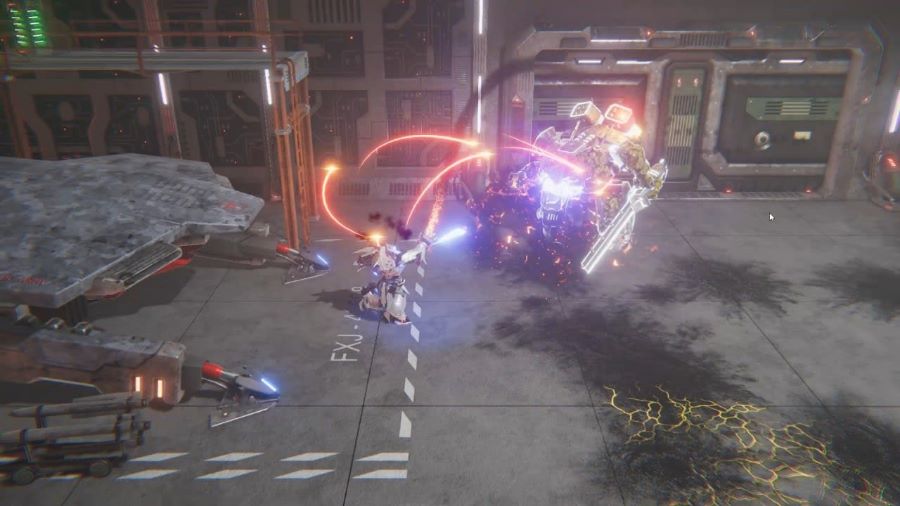 There are also some bonus hidden skins you can apply to our prototype Battle Frame, which are usually hidden away from the main path for each stage or locked behind spots you can’t access until you progress further in the game and return to previous locations by way of fast travel. Skins can only be changed when you’re accessing an upgrade station. Along with the main skin that your bot starts with, there are 14 more skins for you to find so that you can switch around your robot’s look.


Blackwind is a fun top-down sci-fi action-platformer hack-and-slash experience on Nintendo Switch. It has you going through areas that are a bit more open, and that requires you to explore to find the right switch to activate this or that platform or to remove a powerful barrier that is in your way, to then send you down facilities that feel closer to the hack-and-slash dungeon crawling type of games. Sure, the graphics take a small hit on the Nintendo Switch when compared to its PS4 counterpart, but it never got in the way of the fun action. Blackwind will be out on Nintendo tomorrow with a $24.99 asking price. 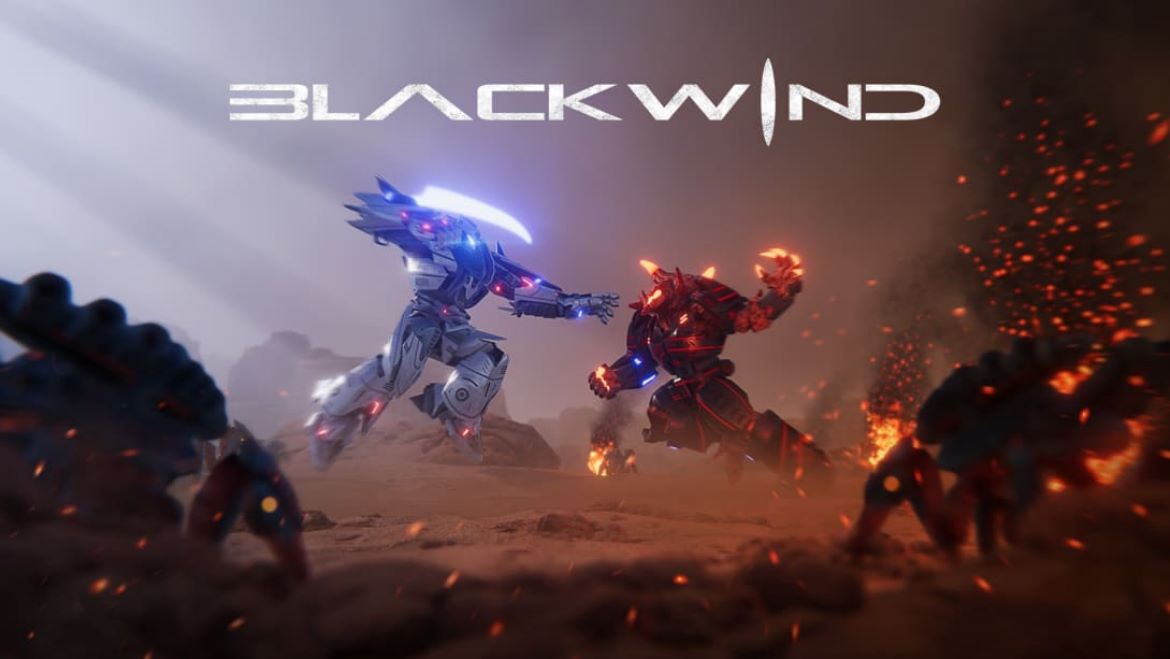 Disclaimer
This Blackwind review is based on a Nintendo Switch copy provided by Blowfish Studios.

The Company Man Out This Week