As you can see from the game’s trailer and the screens in this Record of Lodoss War: Deedlit in Wonder Labyrinth review, the game has a strong Castlevania: Symphony of the night vibe to it, thanks to its great pixel art, tight gameplay, and a solid soundtrack. And, you know, since it’s a game of the Metroidvania variety. You’ll be playing as the titular Deedlit, an elf warrior who finds herself waking up in the middle of a stone structure – an altar of sorts – with no recollection of how she got there. 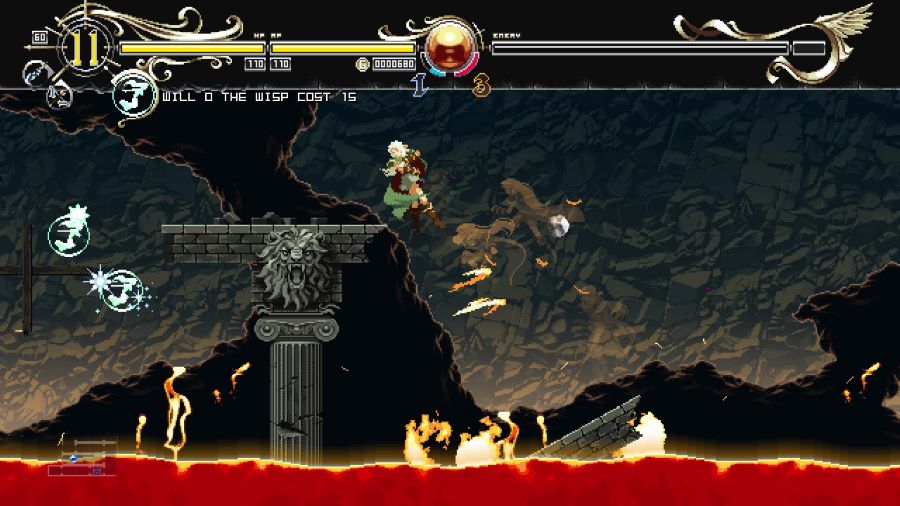 You’ll control Deedlit with the left analog stick or the D-Pad as she jumps with the Circle button and uses her sword attack with the X button. Spirit magic will be mapped to the Square button while her bow is set to the Triangle button. You can do a back dash to avoid enemy attacks by pressing the R1 button. You can also toggle the spirit in use by pressing the R1 button. While you do have a mini-map in the lower part of the screen, if you need to check your map in full, you can press the Options button.

Defeat every enemy in your path so that you can not only stay alive by keeping enemies from damaging you, but also so that you can collect coins, any items they might drop, as well as gain experience points. Experience points are a must since you’ll need them to level up! Once you’ve gained enough experience points, you’ll go up a level, which will boost your hit points, magic points, attack, and defense stats. This is very important since you’ll also need to level up to be able to equip more powerful swords, bows, and spirits.


Speaking of power, as you defeat enemies, you’ll absorb the cubes they drop. These are used to increase your spirit level, which will be displayed at the upper part of the screen as a blue or a red number. These directly relate to Deedlit’s attack power. On top of this, once your spirit level reaches level 3, your hit points will automatically regenerate. Be sure to search every room you find because you never know which one will hold a new weapon for you, or maybe even an item to boost your overall HP or MP! 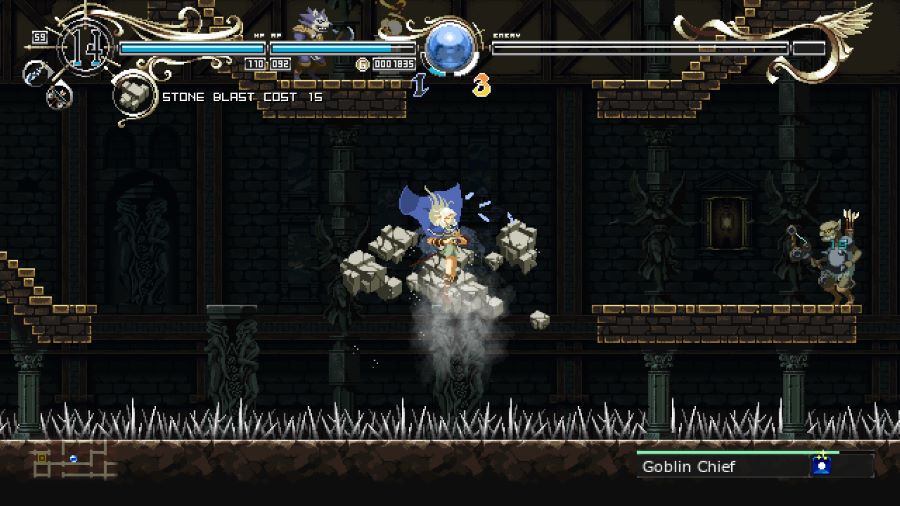 The coins you collect can be put to good use by finding Ghim. There’s a lot of stuff for you to purchase, such as a healing potion to restore 50 HP, a magic stone to restore 50 MP, an escape doll that will take 50 damage in your place, a spirit stone that can be used to boost all spirit levels to level 3 at once, herb-of-grace to heal various status ailments, as well as a variety of swords and bows to improve your attack speed and attack power. Since you’ll have to acquire all weapons for one trophy – more on this in a bit – you better start saving those coins!

There’s a lot to do and find in Record of Lodoss War: Deedlit in Wonder Labyrinth, so be sure to pause the game every now and then so that you can take a look at the Bestiary section. While it does include a list of all the monsters you’ve found, as well as their hit points, attack power, how many experience points and coins you can get from defeating them, what their element is, and if they drop anything of value, the Bestiary also includes lists for your spirit magic, as well as the sword-type and bow-type weapons you’ve managed to locate. These lists will be very important for trophy hunters.


Why? Because Record of Lodoss War: Deedlit in Wonder Labyrinth has a full trophy list with a Platinum, split into 9 Bronze trophies, 8 Silver trophies, and 7 Gold trophies. The first trophy will pop as soon as Deedlit wakes up at the start of the game, but you’ll have to work hard for the rest of them! There will be trophies for defeating each of the bosses in the game, for viewing the ending, for filling up 100% of the map, for acquiring all weapons, all spirit magic, for discovering all monsters, and for attacking Ghim with your bow, to name some examples. 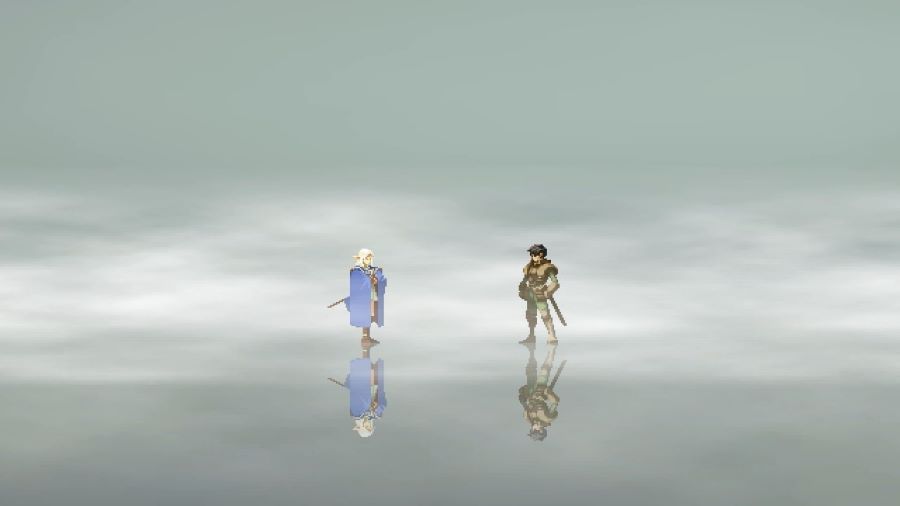 Record of Lodoss War: Deedlit in Wonder Labyrinth was a welcomed surprise on PlayStation 4. I liked what I had seen in the game’s trailer, but I was not expecting its gameplay loop to get my attention in this way. It certainly reminded me of Castlevania: Symphony of the Night, which is definitely not a bad thing! Record of Lodoss War: Deedlit in Wonder Labyrinth is out on PlayStation 4 with a $24.99 asking price, and if you’re a fan of Metroidvanias, then you should definitely add this one to your collection. While the game is also available on PlayStation 5, each version is available separately. 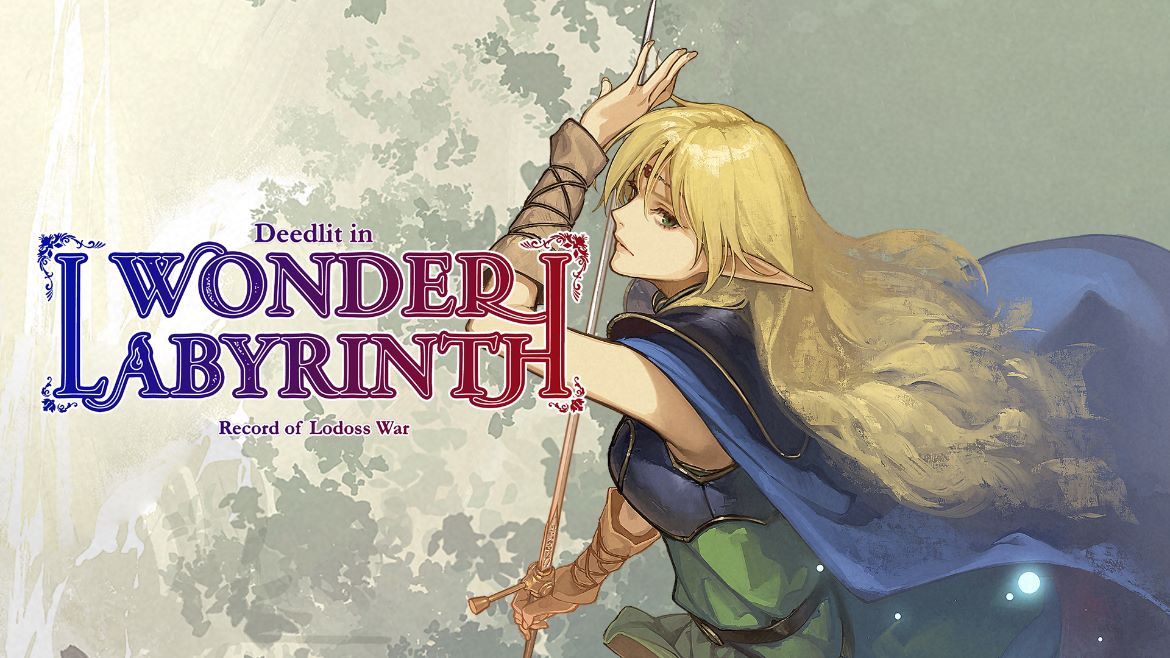 An outstanding Metroidvania set in the Record of Lodoss War universe

Disclaimer
This Record of Lodoss War: Deedlit in Wonder Labyrinth review is based on a PlayStation 4 copy provided by Playism.