Mickey Storm and the Cursed Mask from Triangle Studios and Orange One is a 2.5 arcade-style adventure through the biggest waterpark ever. Also, spies. You see, the titular Mickey Storm was invited along with his sister and parents to be the first one to vlog about what is being called the greatest waterpark in the world in a resort full of wild adventures and thrilling waterslides. Unfortunately, this was a trap from Dr. Fisher, who is the archnemesis of your parents, who happen to be the famous Storm super spies. 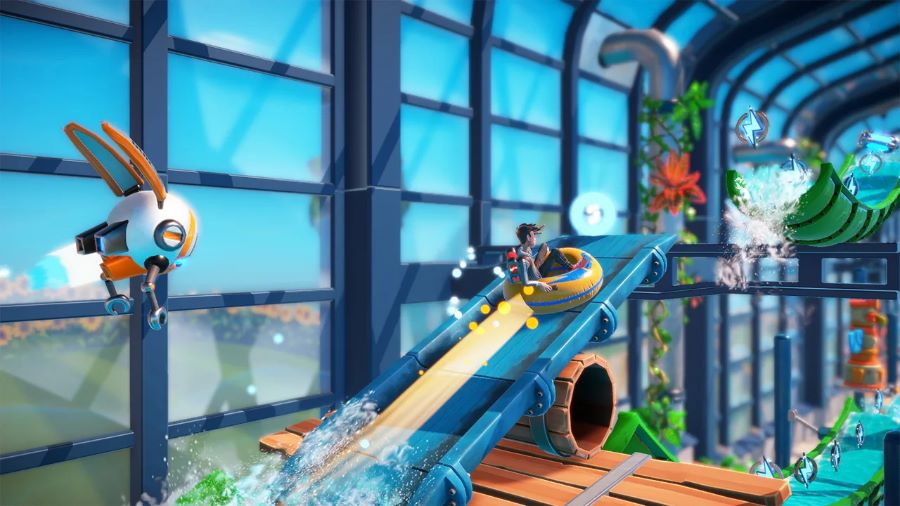 With your parents captured, and after Dr. Fisher uses the powers of a magical mask to cast a curse on the entire waterpark, it’s up to 13-year-old Mickey and 11-year-old sister Jenny Storm to explore the 74 levels that the game has to offer so that you can find a way to break the curse, to save your parents before it’s too late! You’ll also be joined on this quest by B.U.D.D.Y., your special spy vlogging drone.


You’ll control Mickey or Jenny by using the left analog stick, jumping with the X button as you explore each level in the waterpark by using either the starting ride or one of the more than a dozen wild rides you can unlock, which include a Spy Scooter, a Roborca – a robotic orca, of course -, a Penguin, and more. You can also unlock additional outfits for your characters to use so that you can customize their look. You will also learn new abilities as you progress through the game, such as a double jump, an attack, or a glide move. 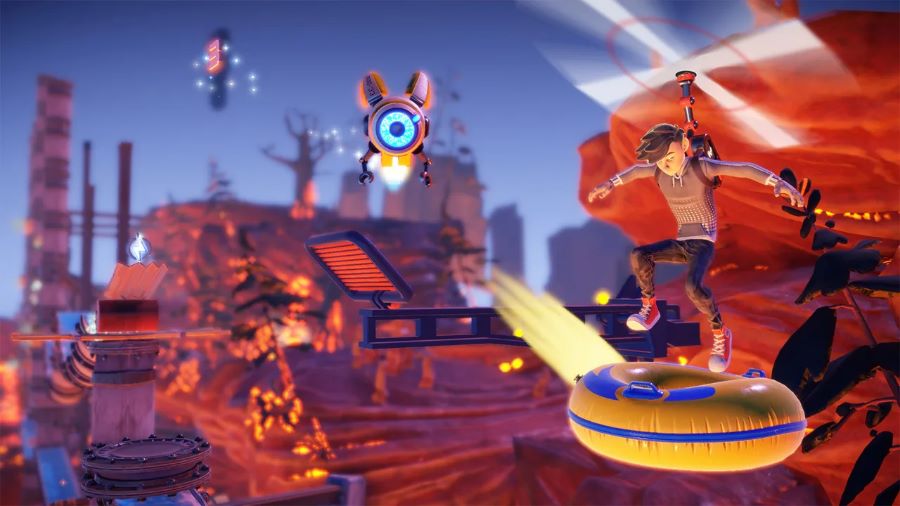 While exploring each stage, you’ll collect a ton of energy bolts, as well as five special keys – some of which are hidden inside of portals or in areas that seem to be just a bit out of reach. At the end of the level, based on your performance, how many energy bolts you’ve collected, how many lives you have left, and how many of the keys you’ve collected for the stage, you’ll charge up an amulet. Some levels will have you moving from checkpoint to checkpoint before time runs out, and the time left will give you bonus energy for the amulet. Other stages will have batteries for you to collect. 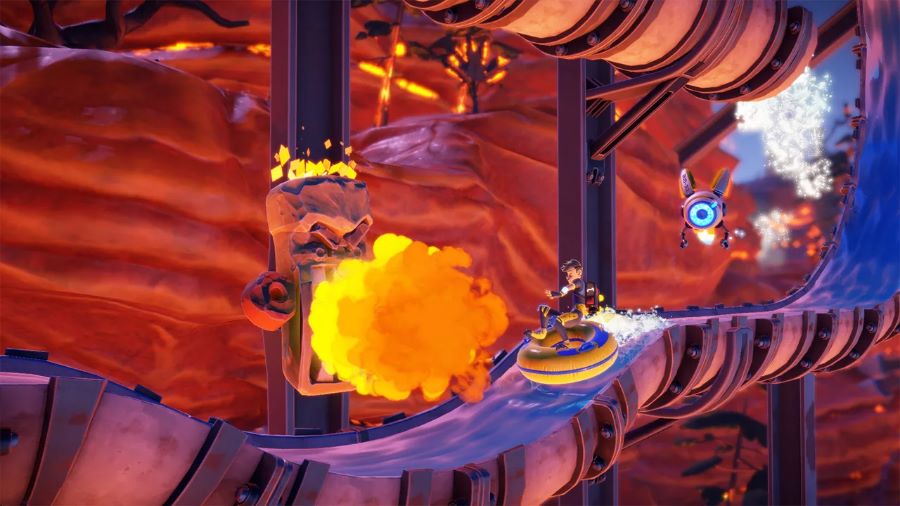 There is a full trophy list for Mickey Storm and the Cursed Mask, split into 18 Bronze trophies, 11 Silver trophies, and 4 Gold trophies that you’ll have to get to be able to add one more Platinum to your collection. The objectives to complete include beating the first stage, charging an amulet to gold level, charging all amulets to bronze, silver, and gold level, defeating all of the mini-bosses, finding all of the hidden portals, unlocking all extra rides, unlocking all outfits for Mickey and Jenny, completing each set of levels, and beating the final boss. 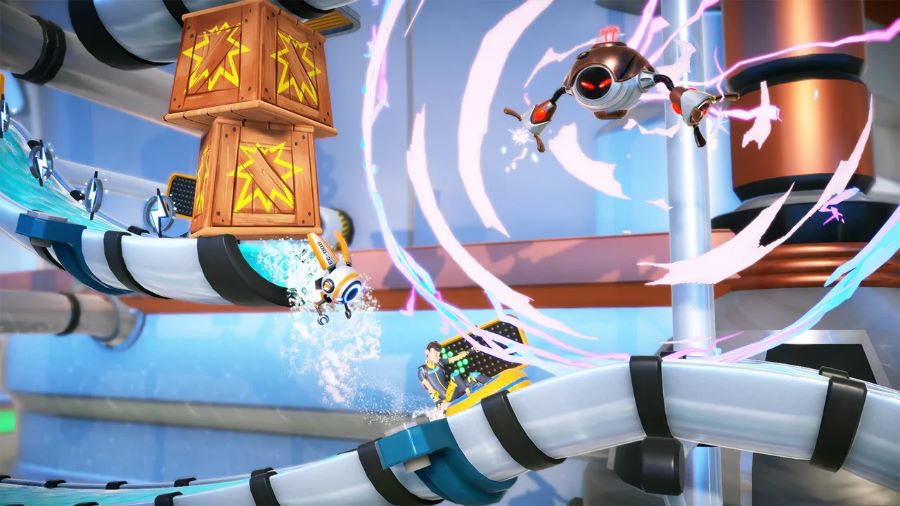 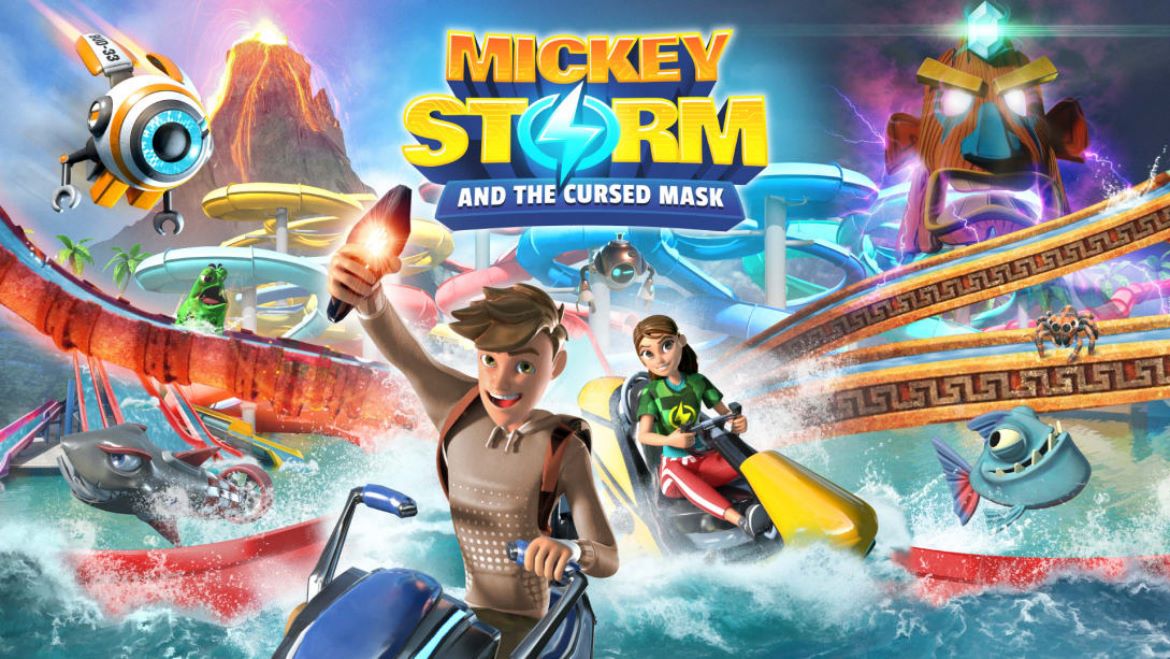 Mickey Storm and the Cursed Mask

Disclaimer
This Mickey Storm and the Cursed Mask review is based on a PlayStation 4 copy provided by Orange One.