Backbone from Eggnut and Raw Fury is a pixeltastic noir-style adventure game with a cast of anthropomorphic animals. Learn more in our Backbone review!


Backbone from Eggnut and Raw Fury is a pixeltastic noir-style adventure game with a cast of anthropomorphic animals. You’ll play as one Howard Lotor, a racoon private eye who is tasked with exploring the dystopian land of Vancouver, BC, in order to solve what he thought was a small case, but ends up being more than he bargained for. You’ll be meeting a diverse cast of characters that can end up being friends or foes, as you unravel the real mystery at hand, collecting evidence as you stealth your way through some areas, in a game that pays homage to the adventure game classics of ages past. 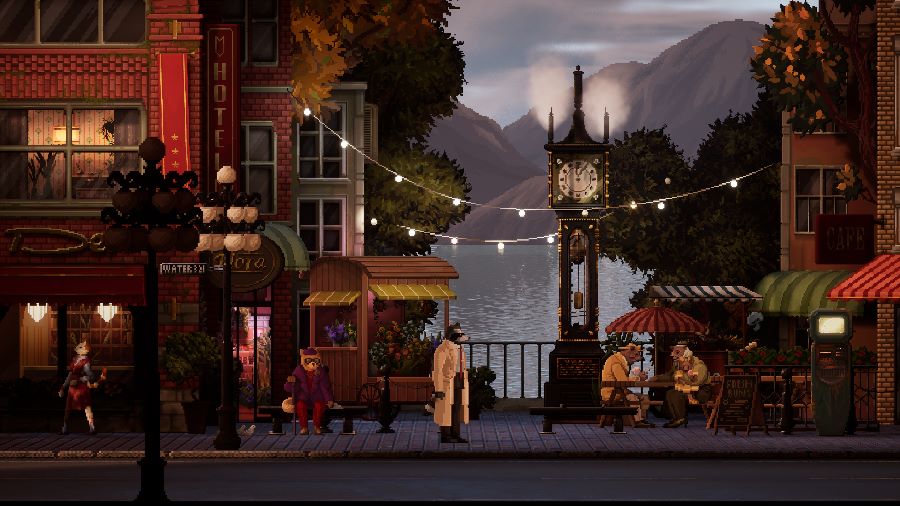 There’s a marked hierarchy in this particular society with the Apes at the top of the chain. After this, you have the carnivores (bears, cats, dogs, and so on), the faux (otters, weasels, foxes, racoons), and the rodents at the bottom (mice, hamsters, rabbits). As you can see, there are different species and types of animals within the non-Apes groups, which are referred to as Kinds. Leaving the city is strictly forbidden, and the entire area is even protected by a huge wall that, it is said, no one has ever managed to climb. 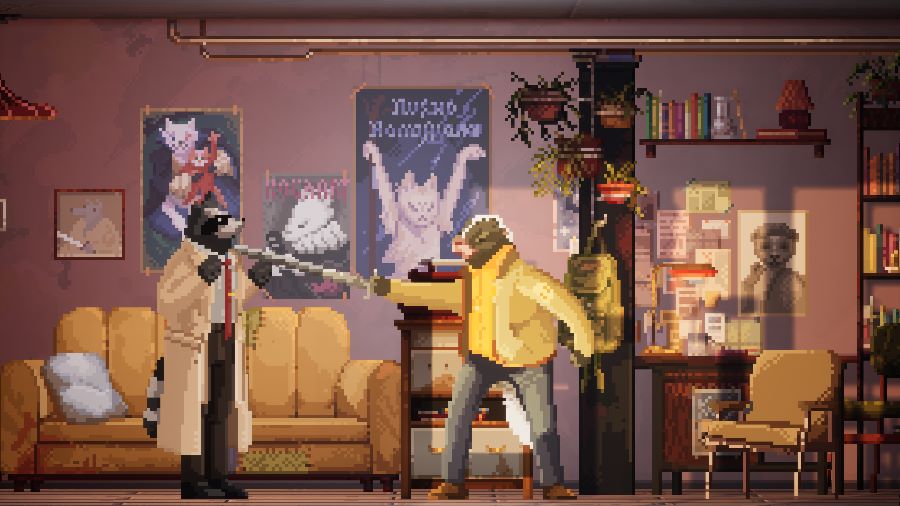 You’ll move around with the left analog stick, checking objects to interact with them by pressing the X button. You can crouch with the Square button as needed. The R2 button is used for running, so when you need to get an extra speed push, press and hold down the button. If you want to go into the Detective Menu, press the touchpad on the DualSense controller. What this will do is show you what your current objectives are, as well as give you access to your inventory, where all useful items you collect will be added. There’s going to be a lot of dialogue for this one since there’s a big focus on the narrative, so be ready for multiple playthroughs if you want to see everything that the game has to offer! 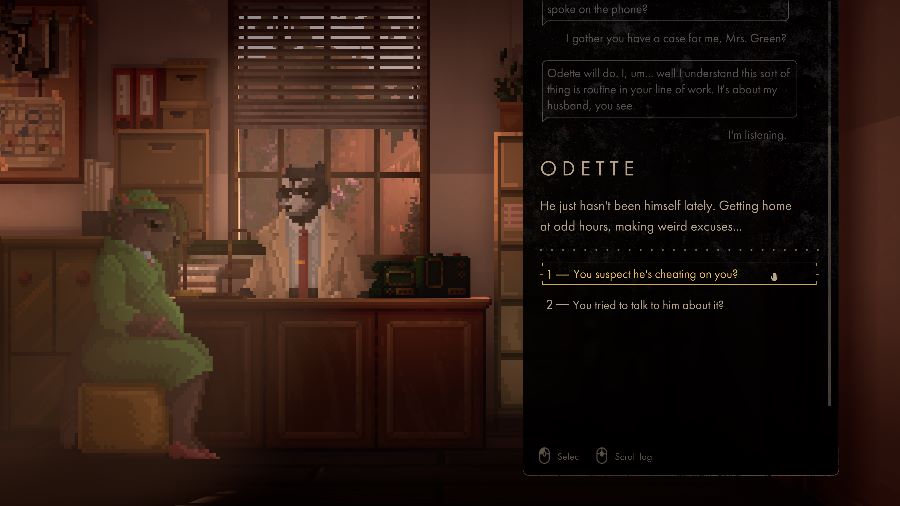 On that note, Backbone has a full trophy list with a Platinum trophy, which you won’t be able to get during a single run due to a trio of trophies that can cancel each other out. The list includes 9 Bronze trophies, 11 Silver trophies, and 6 Gold trophies. There are two trophies you can get early in the game for not trusting Renee and for trusting her right away, which sound like they cancel each other out, but since you can get these trophies shortly after a save point, you can get one, close the game, open it up and continue so that your progress is loaded right before that particular sequence. As for the rest, there are trophies for completing each of its acts, for being kind or a bit rough towards one character in particular, for telling a lot of people your real name, for telling all those people a fake name, and for mixing things up – hence the trio of trophies that cancel each other out. 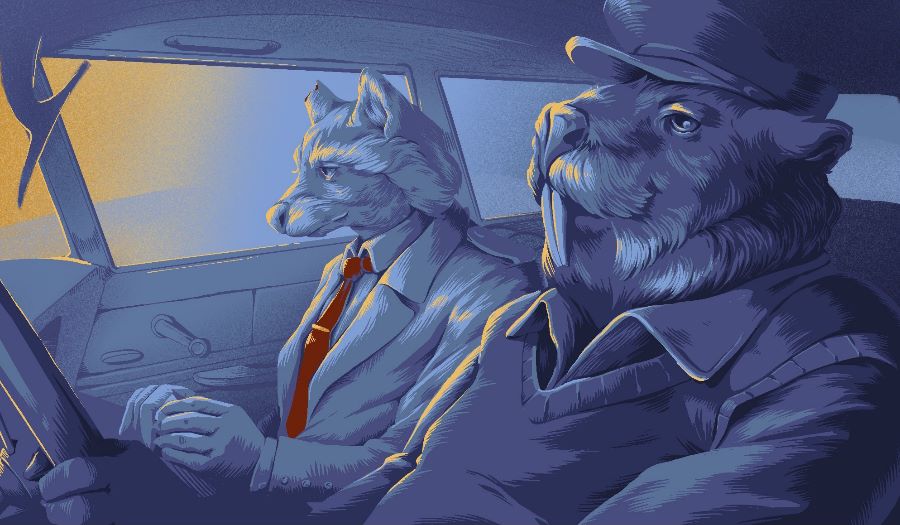 Backbone is a pixeltastic noir-style adventure game with a cast of anthropomorphic animals that places a big focus on its narrative, introducing a couple of interesting twists that will keep you coming back for more so that you can see where it will all lead. You’re looking at around 6-7 hours or so for completing this adventure, depending on how much you explore and how long it takes you to solve some of its segments. Backbone is out on PlayStation 4 with a $24.99 price. 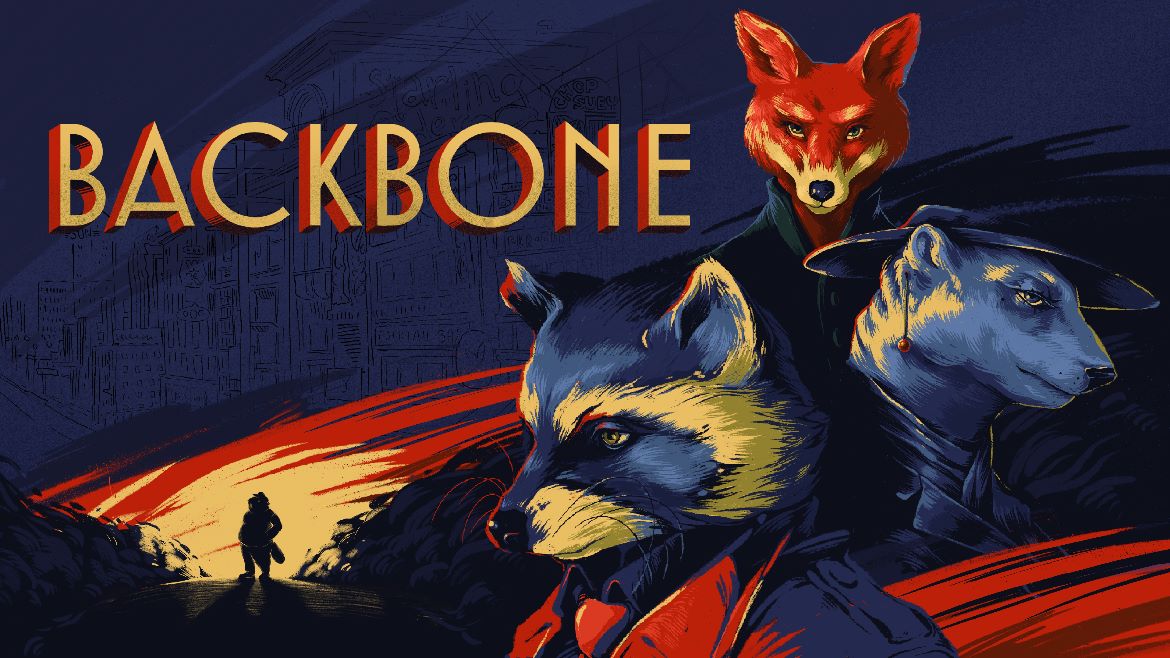 Disclaimer
This Backbone review is based on a PlayStation 5 copy provided by Raw Fury.