Inspired by the real events that hit the world in 2011, be the guide for the squad of elders who gave their lives in exchange for stopping the escape of nuclear radiation from the Fukushima power plant.
Combine the skills of each of the heroes to challenge the hordes of mutant creatures and delve deep into the ruined nuclear power plant

Nuclear Corps: Veterans in Fukushima is one of the newest releases from the PlayStation Talent initiative from Sony Interactive Entertainment, where smaller game studios get their game to shine exclusively on the PlayStation ecosystem. In this game from Jokoga Interactive, you’ll be following three characters, based on real events that occurred after the 2011 Fukushima power plant explosion in Japan. Civilians are being evacuated, and it’s up to you to save the remaining civilians. 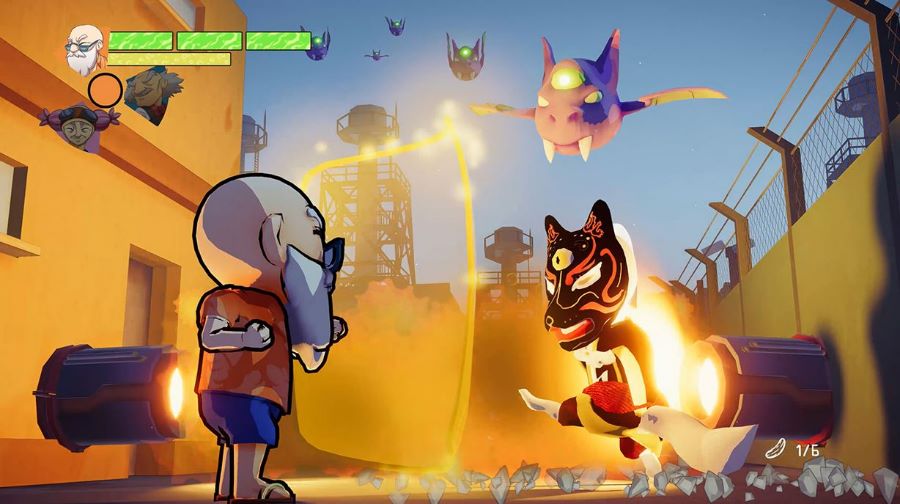 As for the character themselves, the first one is Dordok, who has a shield and can deflect bullets and various hazards. He can also stun enemies but can’t get rid of them. The second one is called Smarty, and he’s an old guy that made me think of Rick from Rick and Morty, and this guy can shoot at his enemies with a gun which is aimed using the right analog stick. The last character is Lola, and she can use a grapple, as well as run.


Each level puts you in a different situation, and you’ll have to use the three different characters and their special skills to reach the end of the level. If one of the characters dies on a level, you’ll have to restart it completely. I liked how each level is in real-time, so if you leave one character and act with another one, you have to make sure the first one is protected because he can be killed by the enemies that are lurking nearby. I often resorted to beginning exploring with Smarty because he’s the most efficient at defeating enemies.

Speaking of enemies, they are somewhat bizarre. I’ve seen monsters that resemble huge bats and other strange abominations. The game states that the monsters were caused by the power plan radiation, but even with that explanation, they felt weird and would be more fitting in a fantasy setting than in a real-world based events game. The game is equipped with a world map allowing you to linearly progress in the different levels. There are ten different levels and a few boss levels.

Now that I’ve discussed how the game works, it’s time to address the issues I had with this release. I got stuck, unable to figure out how to solve a puzzle. Often. I spent more than ten minutes in the second level trying to figure out what to do with all the characters when I noticed a small door that was hidden because of the overhead perspective. The good news is that now you know and can avoid being stuck on that second level. 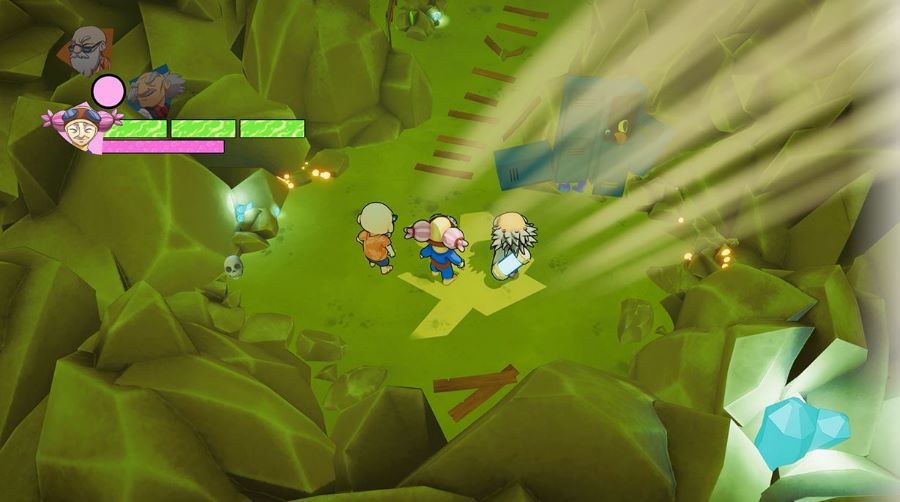 The boss fights mix things a little as you’ll only have a single character to fight them. The first one was a dragon that can only be hit on his tail by Smarty and was honestly my highlight of the game so far. The second boss uses Lola and her grapple and running skills. At first, this fight felt unfair because you don’t have a clear explanation about what to do – it wasn’t even mentioned up to that point that the grapple could also be used to fight! The thing is, Lola must run around the enemy, then stop to hopefully get a single shot before the boss attacks. Unfortunately, aiming for the grapple is not very accurate, and you’ll often miss.


As for the trophies, this one does have a full list with a Platinum trophy if you can complete the game and collect a ton of cucumbers! The trophies are awarded for completing each stage and beating each boss, as well as for locating 54 cucumbers in total. The list is split into 9 bronze trophies, 10 silver trophies, and 6 gold trophies as you work on that Platinum. 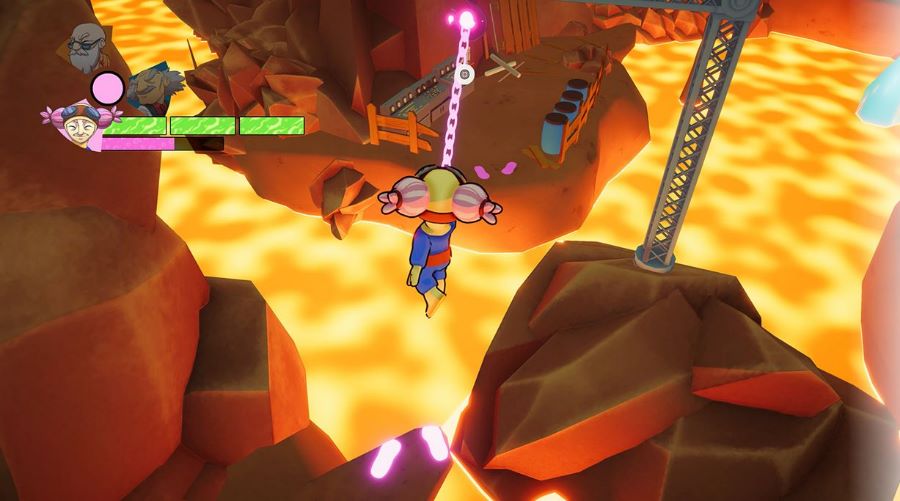 I liked that each of the characters in Nuclear Corps: Veterans in Fukushima had a different set of special skills that were used to complete each level. Unfortunately, the puzzle design feels a bit unintuitive, and the difficulty curve is a bit harsh as well. 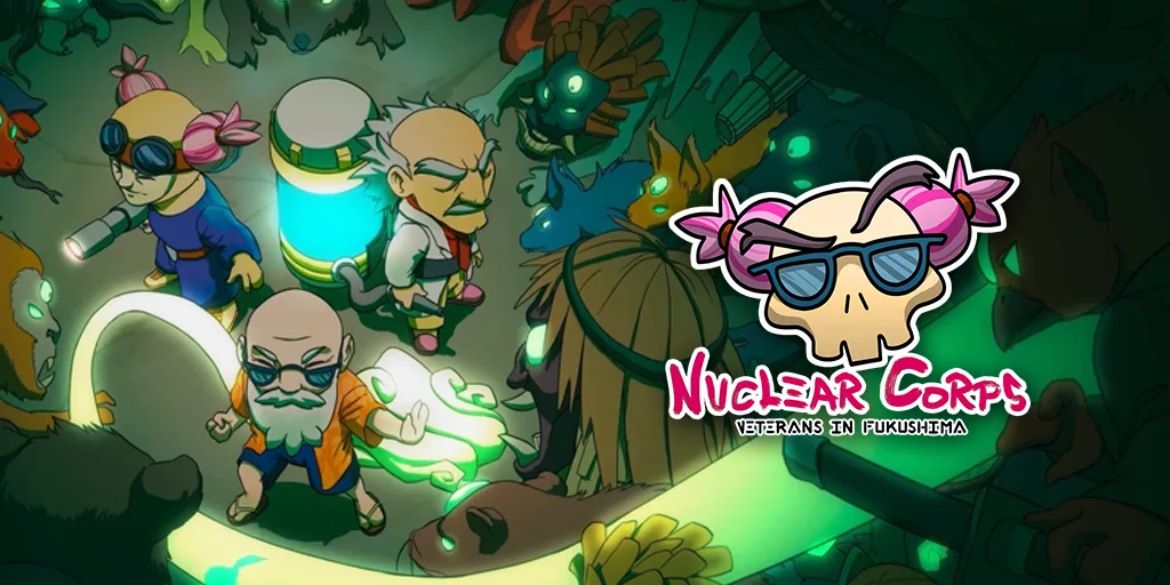 Puzzle game based on real-world events

Disclaimer
This Nuclear Corps: Veterans in Fukushima review is based on a PlayStation copy provided by Sony Interactive Entertainment.

Clockwork Aquario Out In North America!

Rubber Bandits Out Next Week