Asteroids: Recharged is the latest game in the series of Atari arcade revamps on PlayStation 4. For this agme from Atari, Adamvision Studios, and SneakyBox, you’ll be taking on a single-player or local co-op experience that updates the classic arcade hit Asteroids for a new generation. You get a new, more colorful look, a new soundtrack, and some power-ups to help you along the way. You can play either in the Arcade Mode to try and get as high a score as possible or play in the Challenges Mode – more on this one in a bit. 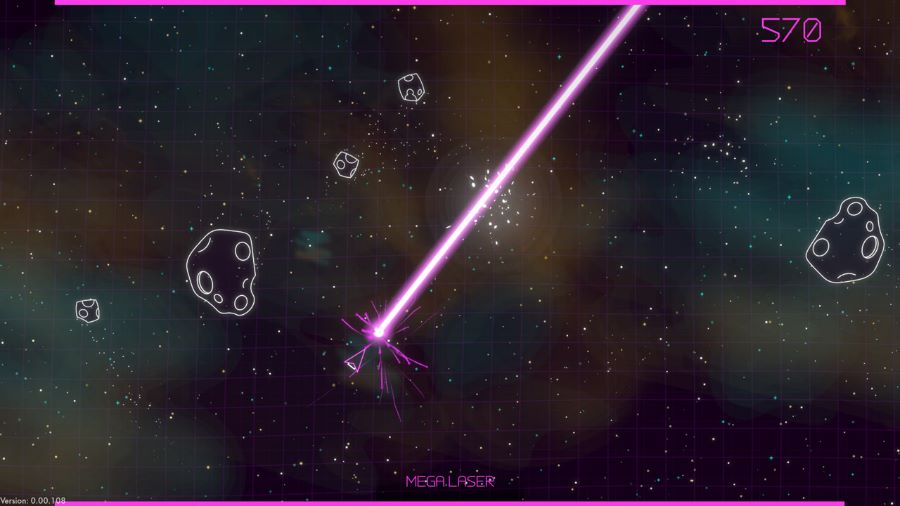 Out of all the games I’ve reviewed in this new series, which have included Black Widow: Recharged, Centipede: Recharged, and Missile Command: Recharged, this is the one that so far feels closest to the source material. Sure, the other games control in a similar way to their arcade counterparts, but the presentation and feel of Asteroids: Recharged instantly reminded me of playing this classic game on arcades and at home on the Atari 2600.


You’ll control your spaceship by rotating it with the left analog stick to swing it left or right as needed, activating its thrusters to move forward by pressing the R2 button. You can shoot with the X button and can teleport over a short distance with the Triangle button for when you need to get away from an incoming cluster of asteroids that would otherwise make your spaceship go boom. 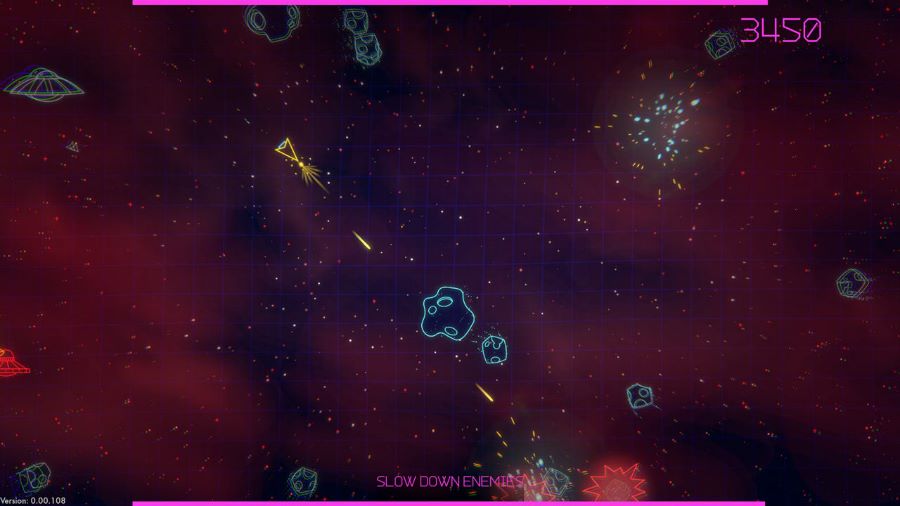 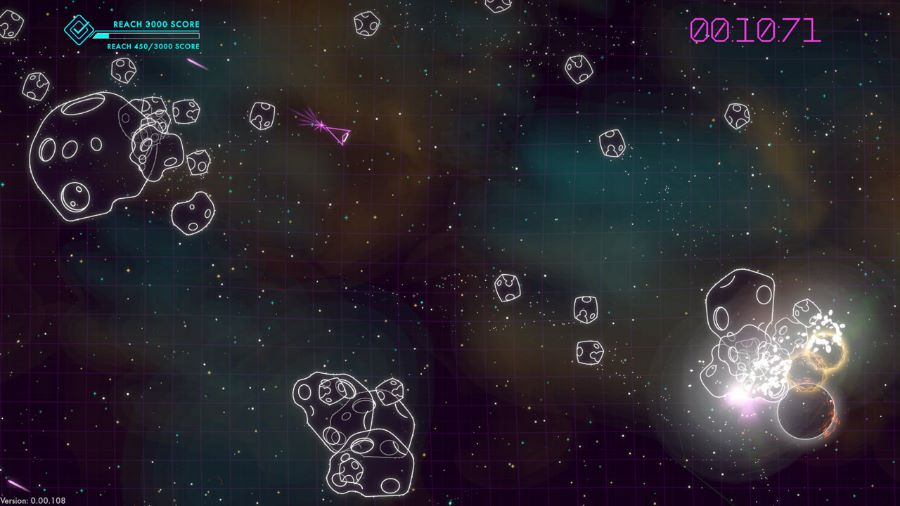 Previous games in the Recharged series have featured a Platinum trophy, and Asteroids: Recharged is not the exception. The list is split into 3 Bronze trophies, 4 Silver trophies, and 9 Gold trophies. As for what you need to do to unlock them, you’ll have to reach 500 points in a single go without missing any shots, reach 1,000 points without moving from your starting position, reach 2,000, 4,000, and 6,000 points in Arcade Mode, beat all challenges in single-player and co-op, defeating an enemy with a deflected bullet, or having 50 asteroids on the screen at the same time. 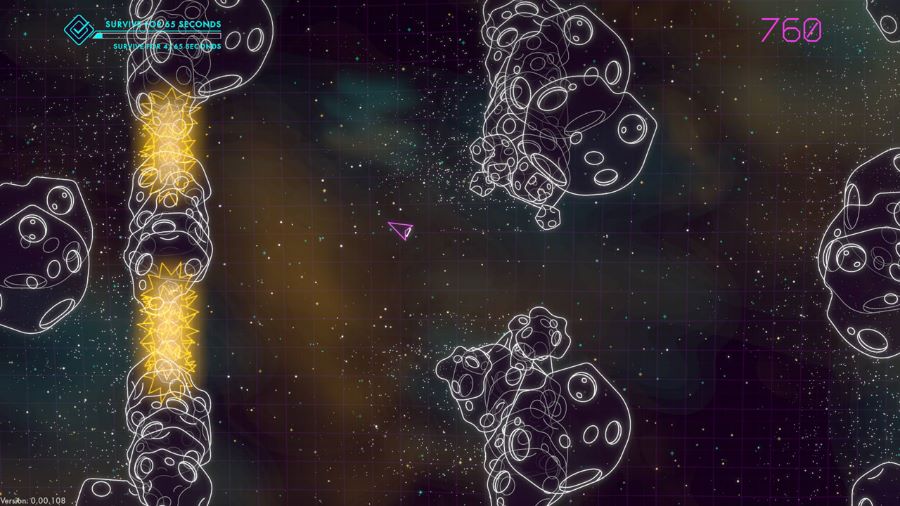 Asteroids is a fun arcade classic, and Asteroids: Recharged brings the game for old fans and new generations to enjoy. It features several quality-of-life improvements, a revamped look, a new soundtrack, an Arcade Mode and a Challenge Mode, single-player and local co-op, and a full trophy list with a Platinum trophy to add to your collection. Asteroids: Recharged is a fun one you’ll get to enjoy on PlayStation 4 at a $9.99 price.

A fun revamped take on a beloved arcade classic

Disclaimer
This Asteroids: Recharged review is based on a PlayStation 4 copy provided by Atari.