Transient: Extended Edition from Stormling Studios and Iceberg Entertainment is a first-person Lovecraftian Cyberpunk thriller. In the distant post-apocalyptic future of Transient, you’ll be taking on the role of Randolph Carter, who has a special augmentation that will allow him to investigate a series of murders. The PHI – perception heightening implant – will make it possible for Carter to explore his surroundings as he scans for clues, hacks through systems, and solves puzzles that will bring him one step closer to the truth. You live in a citadel that is the last bastion of humanity, built to survive against the harsh reality outside of its walls. Providence is the last sliver of hope. This adventure will start with Carter in a simulation on what seems to be an alien planet within a location he’s not familiar with. After this short segment, Carter will wake up in his apartment. It is then that the game will begin, as you set out to discover who the culprit is for a series of murders that seem to somehow be connected. Transient: Extended Edition is the definitive version of the game on Nintendo Switch, bringing new gameplay, a new ending, as well as some quality-of-life improvements.


You’ll move your character with the left analog stick, using the right one for the camera. To run, you must press and hold down the R button. To interact, press the A button, which will be used for picking up objects or talking to other characters. You can review your inventory with the L button to see what you’ve managed to collect. There’s also a journal you can check with the Y button to review some of the notes related to the mystery at hand. The X button is for Investigation Mode when you’ll try to find clues that will help you put together the bigger puzzle. Think of Investigation Mode as the Detective Mode from the Batman: Arkham games. You’ll be shown points of interest as the rest of your surroundings get a bit pixelated so that you can be pointed in the right direction towards your next objective. You’ll be able to scan for security terminals to access so that you can remove security lockdown protocols, find bodies to examine so that you can learn more about their cause of death, and try to locate any items that can help you progress further or find the right object you need to interact with.


Something that definitely makes Transient stand out is that in order to find all of the clues you’ll need to complete this adventure, you’re going to have to dive into digital worlds that look and feel like classic games of ages past! There’s one that will remind you of the original System Shock, another one that will certainly bring back memories of the original Resident Evil on the first PlayStation console, or a primitive hacking mini-game that will have you move from node to node as you avoid the waves of security scans that are trying to find you. Transient: Extended Edition has a list of 27 in-game achievements for you to work your way through as you explore its world. These include listening to every dialogue option when talking to the Dhreyal priest in Kor Shehr, solving the Ouroboros puzzle on the first try without resetting the mechanism, inspecting all examinable objects in Carter’s, Alice’s, and Akeley’s apartments, checking all PDA documents at Carter’s and Alice’s apartments, or beating a specific mini-game during your first try without dying. Transient: Extended Edition is an interesting first-person Lovecraftian cyberpunk thriller with a variety of locations to explore in the real world and the cyberworld, always keeping you on high alert. The locations themselves look and feel great, but the same can’t be said for the character models, which feel a bit unpolished. It’s probably going to take you around 4-5 hours at most to complete Transient: Extended Edition, which is a good length for this $19.99 release. 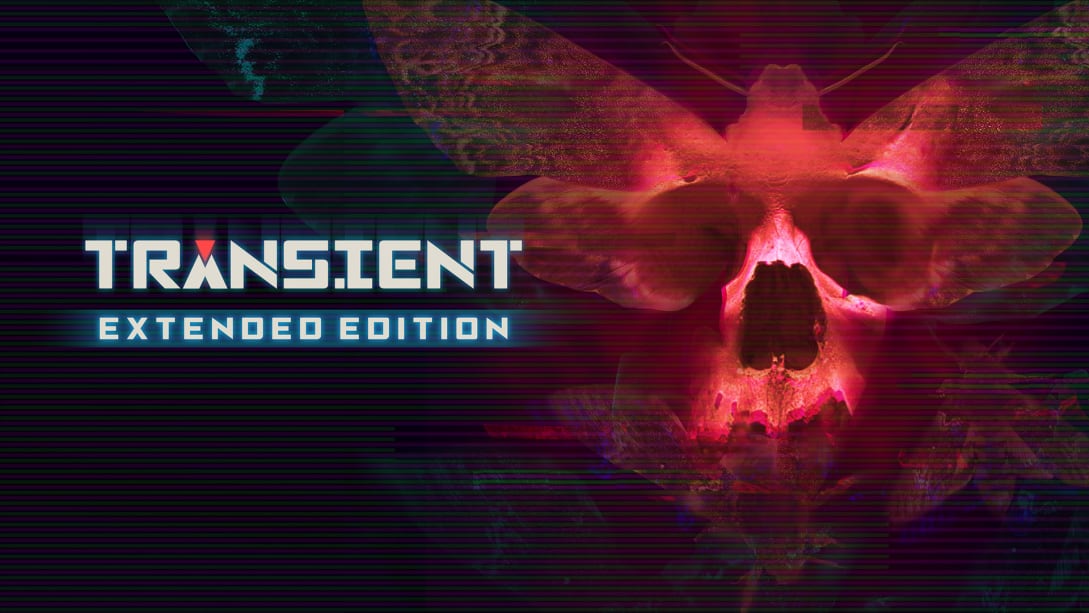 Disclaimer
This Transient: Extended Edition review is based on a Nintendo Switch copy provided by Iceberg Entertainment.