Clockwork Aquario from Wetsome, Strictly Limited Games, and ININ Games is a lost 2D action game from the 1990s that has finally gotten a release in 2021. Come check out our Clockwork Aquario review!


Clockwork Aquario from Wetsome, Strictly Limited Games, and ININ Games is a lost 2D action game from the 1990s that has finally gotten a release in 2021. It was initially set for a release in arcades way back in 1993, but after poor testing, it was eventually canceled. After a lot of hard work alongside original staff members, Westone to restore the original project and complete the missing artwork once the original soundtrack was added – as well as a remixed version of it – it’s not getting a release on PlayStation 4 and Nintendo Switch! 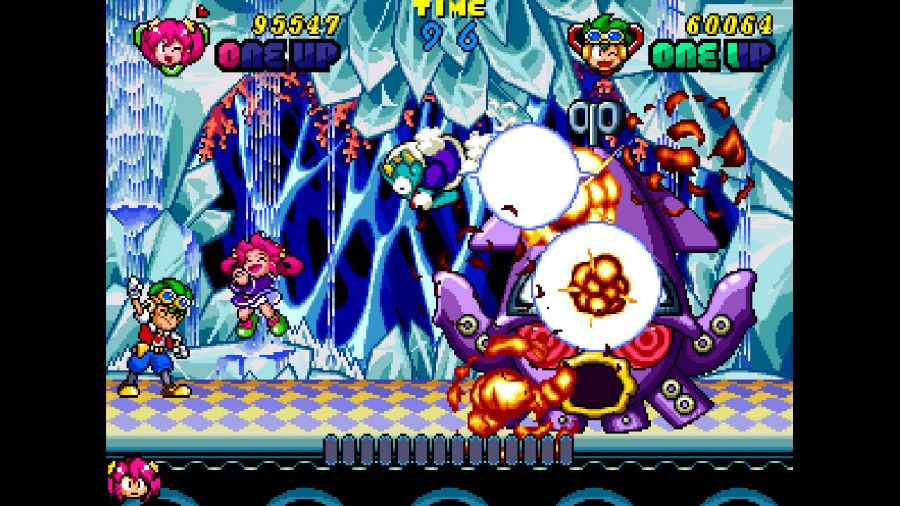 The game can be played in a handful of different modes. Training Mode gives you a chance to get used to the gameplay mechanics since you’ll have unlimited credits, but the game will end after stage 2. Easy Mode grants you 9 credits to beat the whole game, while Normal will reduce that to 5 credits. Hard Mode is the most challenging of them all since you’ll only have 3 credits to beat the whole game! Once you beat the game once in any difficulty, you’ll be able to play in Arcade Mode, which will allow you to check and modify all of the arcade board settings in order to customize your experience. There’s also the option of checking out the bonus stage mini-game once you unlock it after beating stage 3. Do know that this mini-game is for two players, so you’ll need two people to play!


You can play as Huck Londo, Elle Moon, or the mighty robot Gush Gush. As soon as you select your character, you’ll be shown a short cutscene teaching you the basics. You can attack enemies either by hitting them or by jumping on top of them. Hit an enemy, and you’ll then be able to pick it up and throw it at another enemy so that you can keep your distance while planning your next step. This is all done by using the left analog stick or the D-Pad to control your character, slapping with the Square or Circle buttons, and jumping with the X or Triangle buttons. Enemies can be launched forward, upwards, or you can crouch to throw them at a lower angle to destroy any enemies on its path. 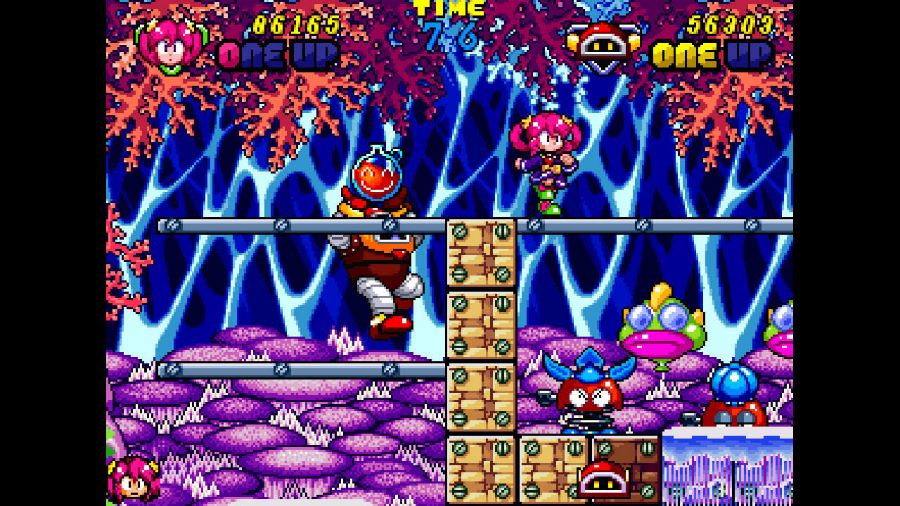 During a stage, you could end up having to battle a mini-boss so that when defeated, it can spit out the key needed to open up the barrier blocking your path. Be careful because you have to remember that you only have two hits for each life in stock, and after that second hit, you’ll lose one of your lives! The good news is that as you defeat enemies, some of them will drop diamonds. If you collect enough diamonds to fill up the words One Up next to your character’s portrait, you’ll be rewarded with an extra life.


Once you reach the end of the stage, as expected, you’ll have to go up against a huge boss! You’ll first need to learn its movement and attack pattern so that you can avoid being hit and losing a life – especially if playing in Hard Mode! You will see the boss’ hit points on the lower center of the screen and must damage it either by throwing enemies at it or by timing your jumps so that you can land on top of it without being damaged. If you’re lucky, you might get a star power-up, which will allow you to unleash star attacks on the boss and any enemies that are helping it so that you can quickly destroy it. 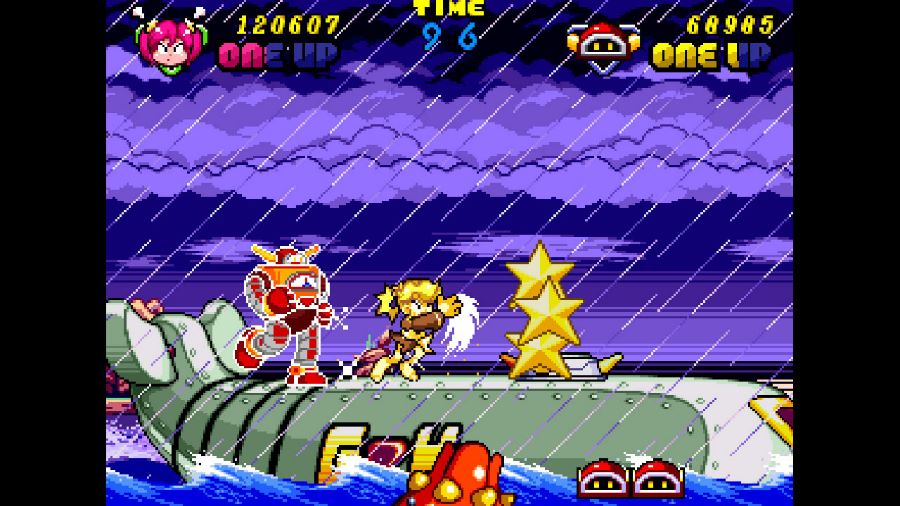 Trophy-wise, this game has a full trophy list with a Platinum waiting for you. The trophies will require you to defeat a bunch of enemies in each of the stages in Clockwork Aquario, as well as pop a ton of balloon-type enemies in each stage, which is why it’s important that you not only pop as many balloon-type enemies as you can as you progress through a stage, but that you also take advantage of the onslaught of said enemies that will show up during the final screen of a stage right before the boss fight.


As for bonus content, there’s a Gallery section where you can check out 25 images that showcase the game’s key art, an early, non-animated version of the title screen, alternative title screens, design options for the game’s first boss, several original sketches for all three main characters from the early 1990s, as well as a thank you letter from the team. You can also listen to the game’s original soundtrack composed by Shinichi Sakamoto or check out the remixed version with songs that have been arranged by Inoblivion, Takayuki Ishii, Takuya Hanaoka, Kaori Nakabai, as well as remixes by Shinichi Sakamoto.

Since this is an old-school arcade release from many, many years ago, there are different options for how you want the game to display on your TV screen. You can go with 1:1 PAR, Perfect pixel display, or Full-Screen. You can also activate a soft, crispy, or razor filter to the game, as well as add a CRT shader you can tinker with to find the right mask type, intensity, scanline intensity, sharpness, curvature, and trini-curve values for each setting in order to get the retro feel that you desire. 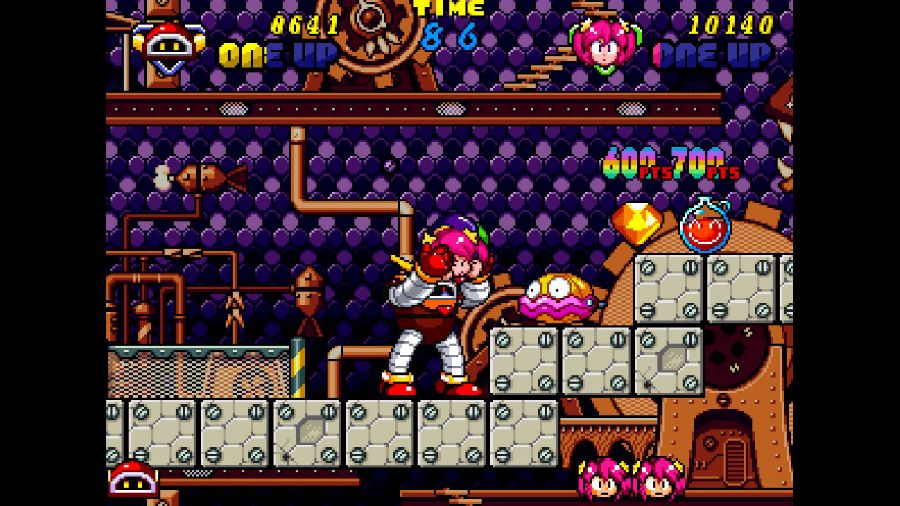 It’s great that Clockwork Aquario was finally completed for a console release. This is certainly a 1990s arcade game with Wetsone as its developer, which can be seen in the game’s art style, gameplay mechanics, character animation, and the excellent soundtrack. It’s a game that would have been lost forever if not for the hard work of Strictly Limited Games, Westone, and ININ Games, and it will now get a chance to shine on consoles around the world. It’s a fun single-player and local co-op arcade game that you should definitely check out on PlayStation 4. Clockwork Aquario is out in Europe and will release in North America on December 14 at a $19.99 price. 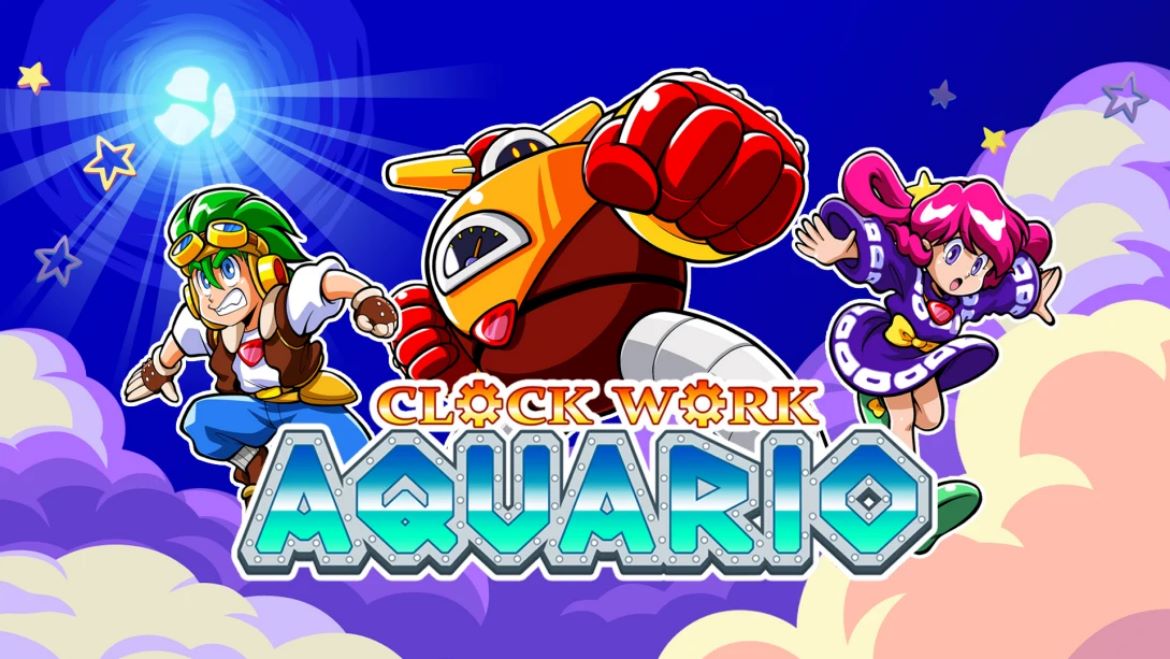 Disclaimer
This Clockwork Aquario review is based on a PlayStation 4 copy provided by ININ Games.

Asteroids: Recharged Out Next Week