Suicide Guy Collection from Red Art Games and ChubbyPixel brings together both games in the series in one Nintendo Switch cartridge. Are you ready?


Suicide Guy Collection from Red Art Games and ChubbyPixel brings together both games in the series in one Nintendo Switch cartridge. You’re getting both the original Suicide Guy, as well as the sequel Suicide Guy: Sleepin’ Deeply, for over 30 levels of physics-based fun. The premise for both games is very simple: the guy you play as has fallen asleep, and you must do whatever it takes to wake him up before his beer is lost forever! 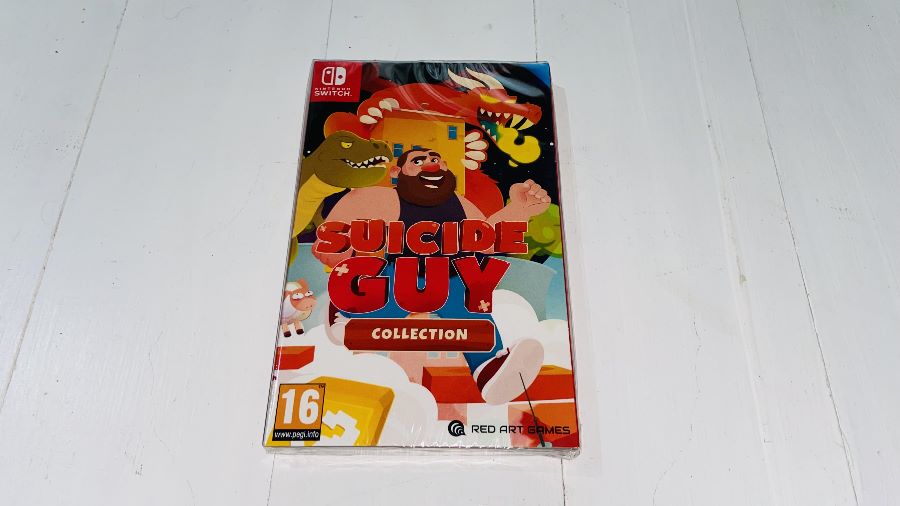 To do this, you’re going to have to find the solution that will allow the guy to, well, “die” in each dream. The game is played from a first-person perspective, and you’ll explore a wide variety of locations for many different scenarios under which you’re going to have to solve puzzles by moving stuff around and finding the right combination of interactions that will lead to the main guy’s death for that dream. You’ll explore spaceships, desserts, fairy-tale rooms, a tropical paradise, you’ll fight against a giant monster in the sea, an office, a lost temple, a theme park, a warm house, and more. 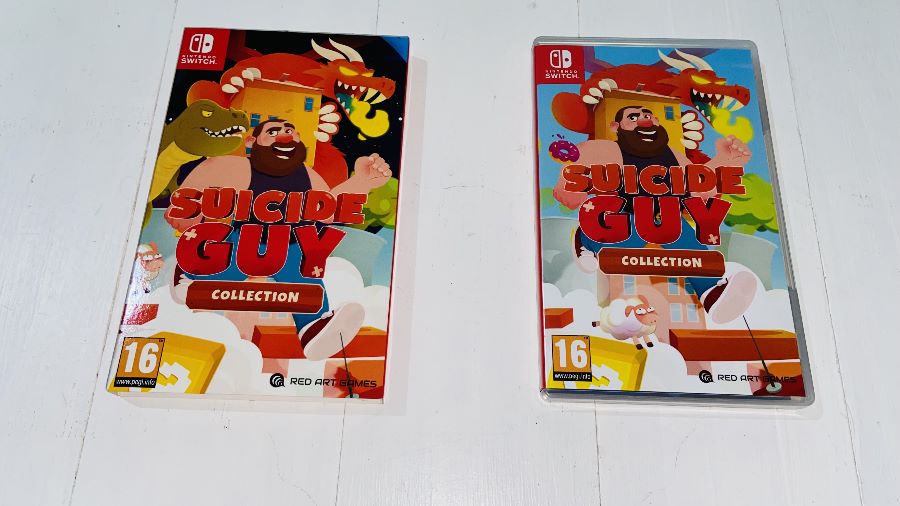 Suicide Guy Collection comes with a slipcover, which, as you can see above, features slightly different art from the one used for the Nintendo Switch case.

Inside of the case, we get some nice art for the game, which is always great news when you consider that for most Nintendo Switch games, the inside cover is white or features a ton of disclaimers. 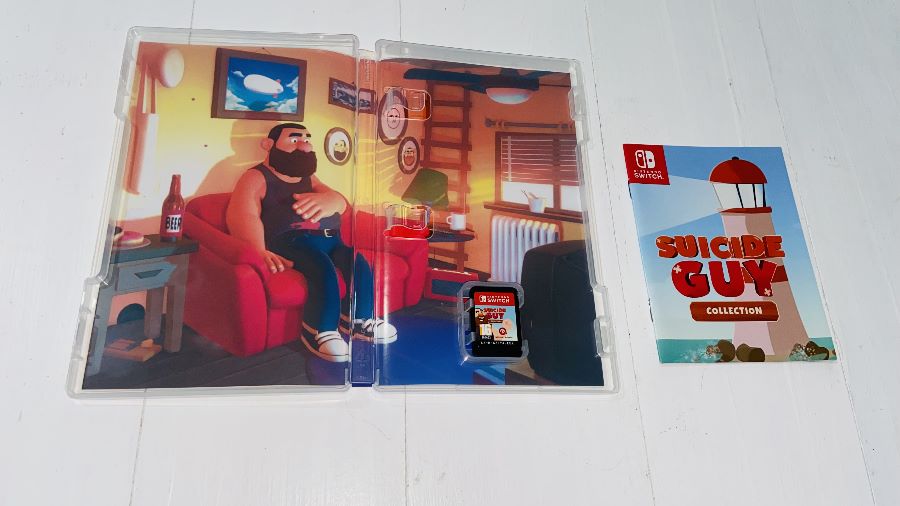 As for the booklet included with the game? It features several sketches that were used for creating each of the Suicide Guy games, such as the guy sleeping on his couch or some of the items you’ll find in each of the levels. 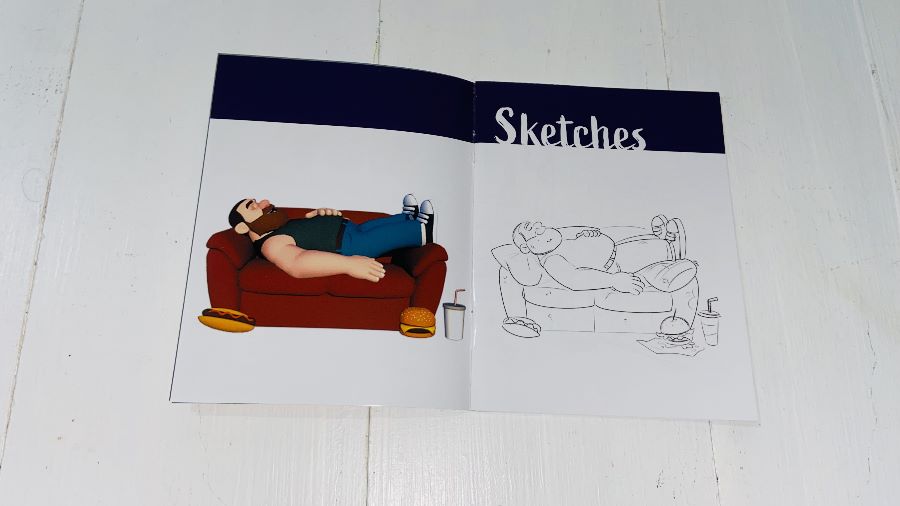 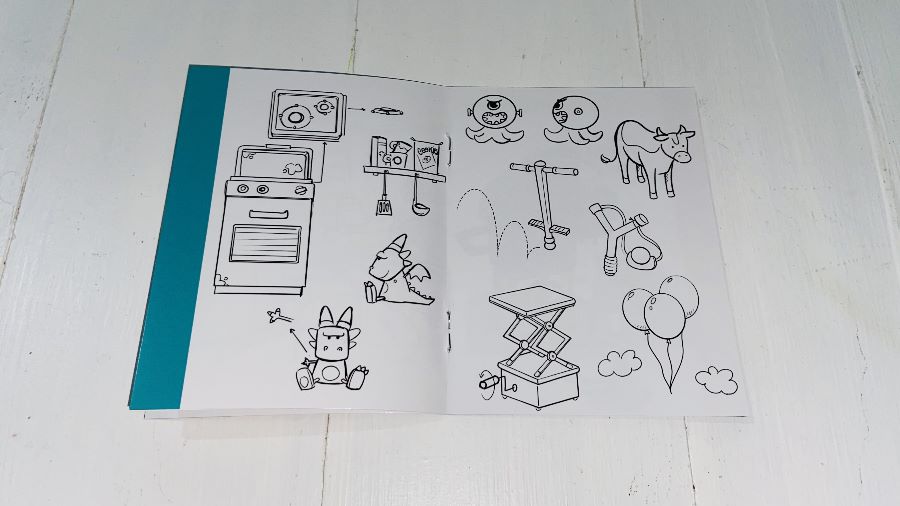 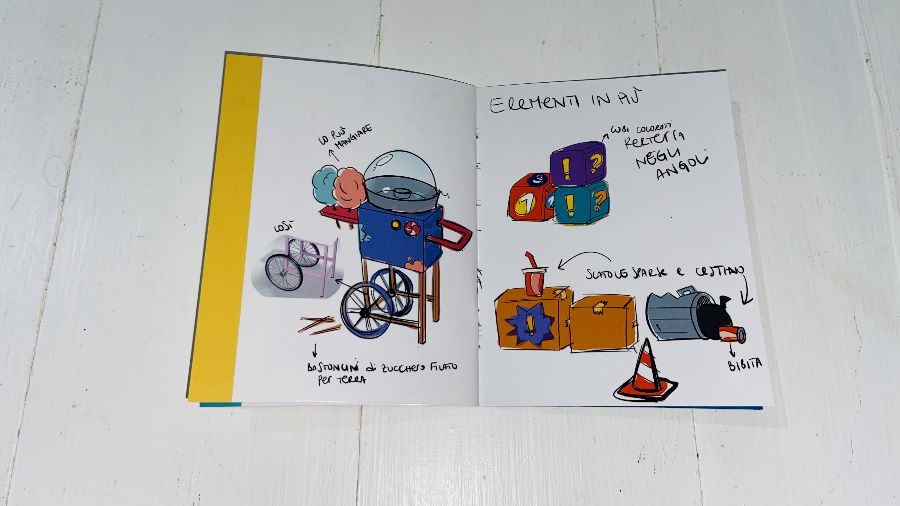 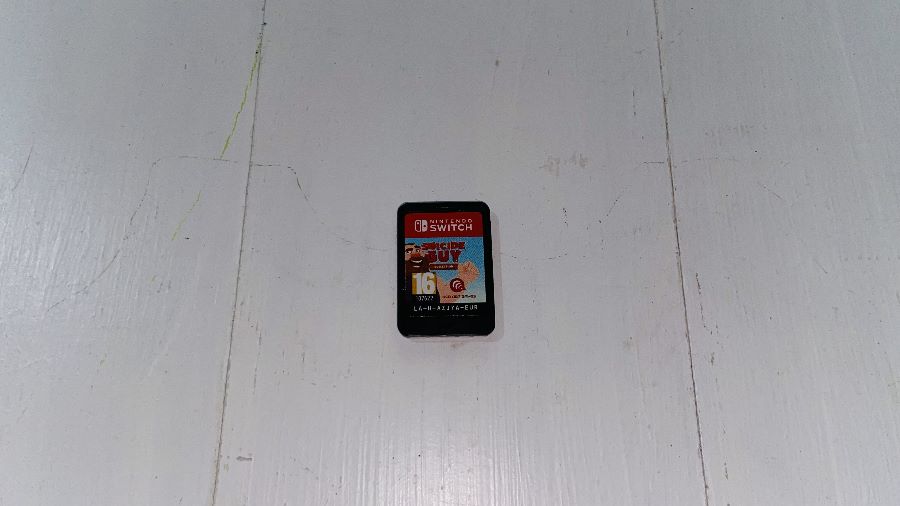