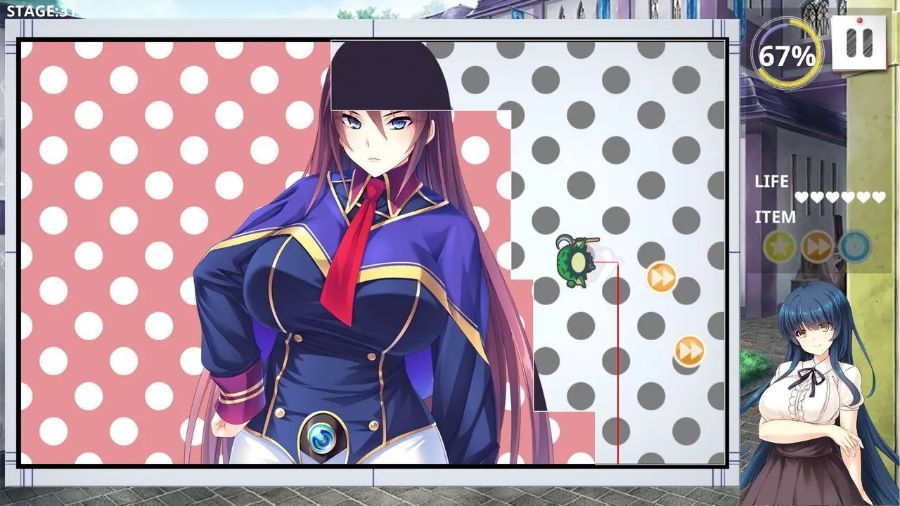 The game includes 40 stages in total, and you can play them either in the Challenge or Easy difficulty setting. For Challenge, if you complete a stage without making a mistake, you will be rewarded with a star to mark that stage and will have your score uploaded to the leaderboard. If you play on Easy, the difficulty will be lowered, and you’ll have more lives, but you won’t be able to add your score to the leaderboards. To clear a stage, all you have to do is draw full lines without being hit by an enemy or one of their attacks so that you can reveal the image below the playing area. Clear 80% of the playing field, and you’ll clear the level. 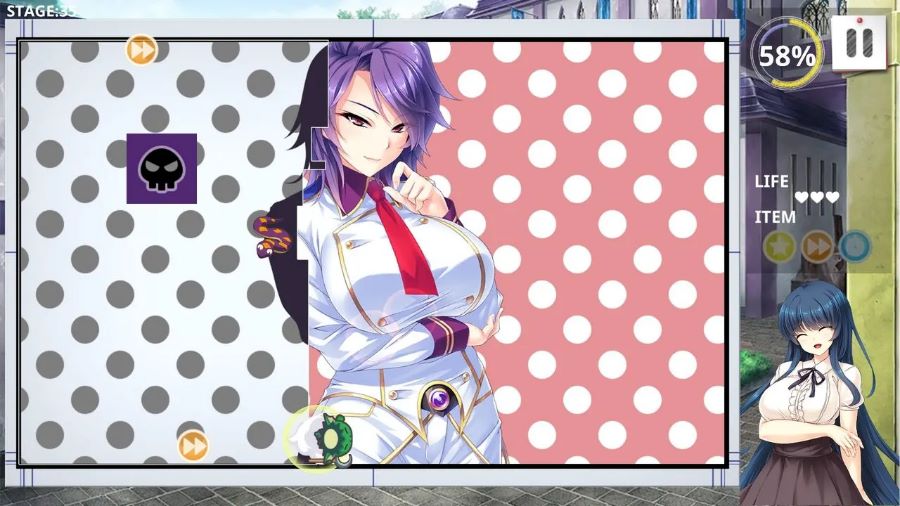 Along with the power-ups you already know from the two previous games – one that boosts your speed, one that makes all enemies stop for a short period of time, and another one that makes you invincible for a bit – there are some new elements to consider. Enemies look different but will behave in a similar way to those that came before them, you will also run into obstacles that will get in the way, as well as some mini-bosses that are larger than regular enemies and could prove to be trouble if playing in the Challenge difficulty setting. 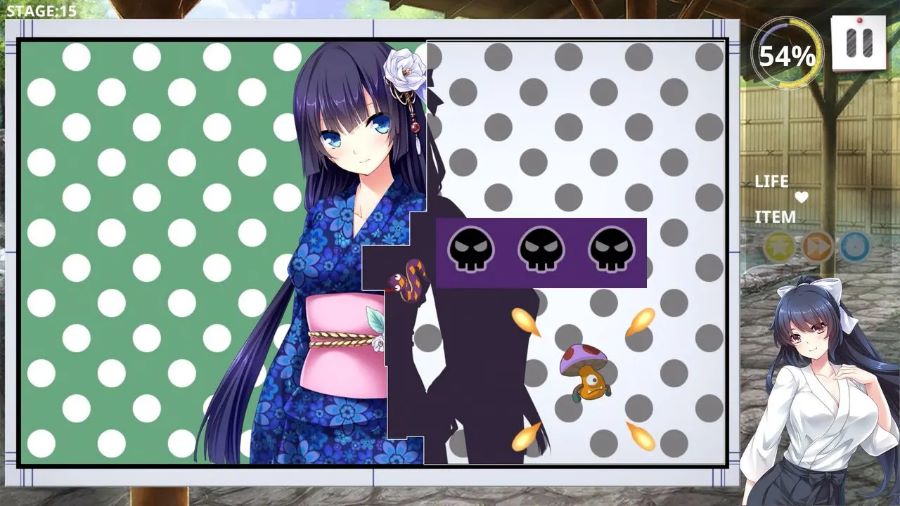 As expected, Pretty Girls Panic! Plus has a full trophy list with a Platinum trophy waiting for you. It’s a very straightforward list that has 13 Silver trophies and 7 Gold trophies to award you. All you have to do is complete half of the 40 levels that the game has to offer. If you play on the Easy difficulty setting, then you can get the Platinum trophy in around 20-30 minutes at most – or even faster if you’ve played the previous two games and are familiar with the gameplay mechanics. 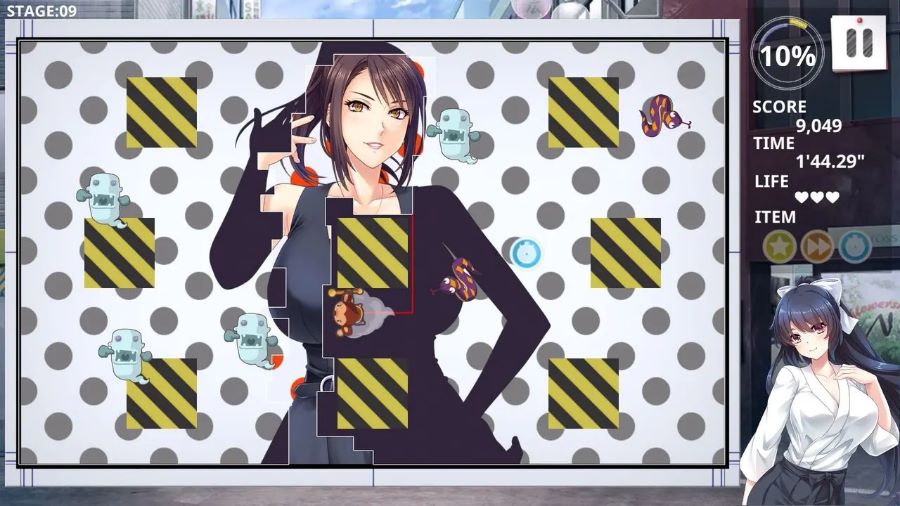 If you’ve enjoyed the two previous titles that share the same gameplay mechanics, then you’re going to like Pretty Girls Panic! PLUS. The fan service is something that won’t be for everyone, especially since it’s wrapped in a Rated M for Mature package. Pretty Girls Panic! Plus is out on PlayStation 4 with a budget $5.99 price, offering a Platinum for trophy hunters. 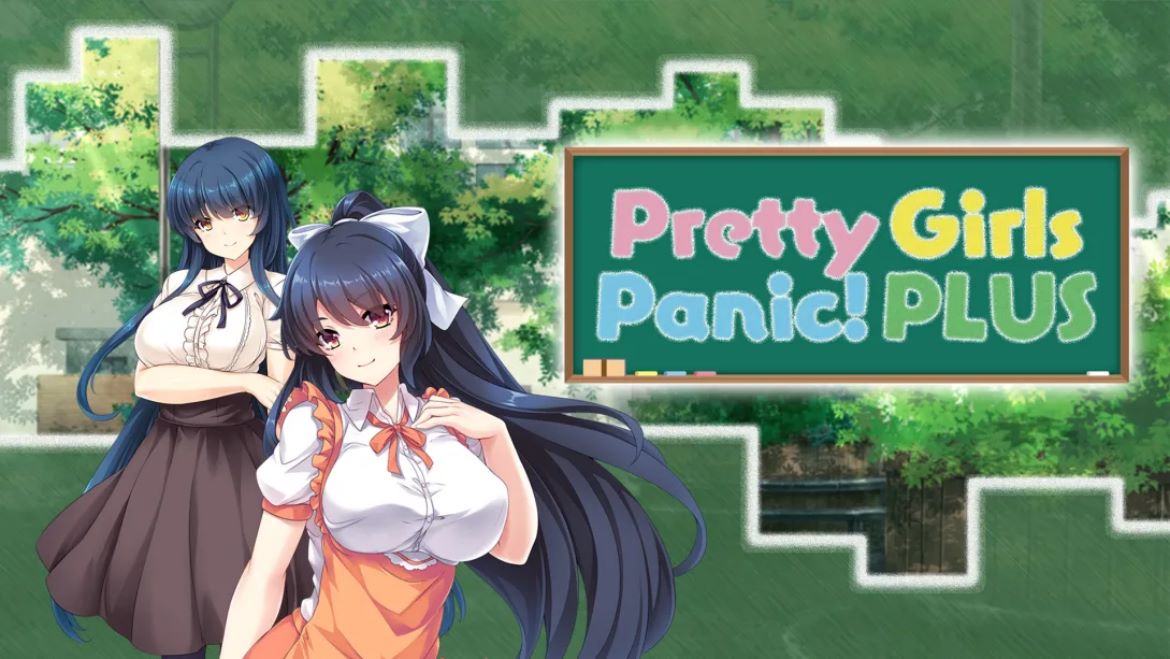 Disclaimer
This Pretty Girls Panic! Plus review is based on a PlayStation 4 copy provided by eastasiasoft.

Faraday Protocol Quality Of Life Upgrade Out On Consoles

Super UFO Fighter Out In Early 2022