Neptunia x SENRAN KAGURA: Ninja Wars from Idea Factory International is a cross-over action RPG ready to go on PS4. Inside of the Illusory Dimension you’ll be exploring Gamninjustri, a mashup of the Neptunia universe and the SENRAN KAGURA universe. It’s divided into nations, with each one ruled by a powerful Daimyo, with each nation fighting to gain control of it all. Each nation has a particular fighting style to complement the skills o its ninjas, who go into battle on behalf of their corresponding nation. It’s a battle that has been going on for a while now, with no clear victor. Tens of thousands of nights have come and gone with no clear victor. 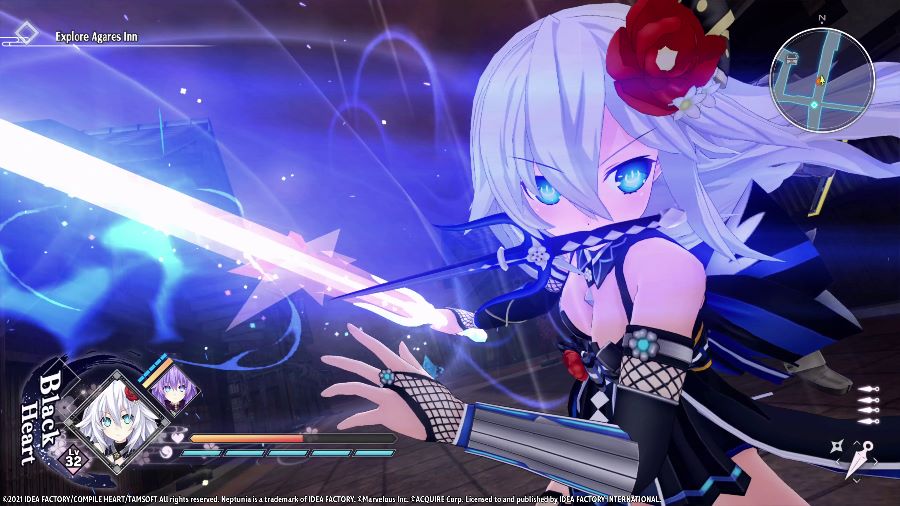 Heartland houses ninjas of the Compa Style, who wield mighty weapons that destroy their foes thanks to the power of the Command Technique. Marveland has shinobi of the Honeypa Style, who use powerful skills thanks to the Action Technique. If you’re a fan of the Neptunia and SENRAN KAGURA series, you’ve probably guessed by now that the Heartland side will give you access to the four goddesses – Purple Heart, Black Heart, White Heart, and Green Heart – while Marveland will be represented by four characters from the long-running SENRAN KAGURA series – Asuka, Homura, Yumi, and Miyabi, with more characters joining later in the game.

As the eight mighty warriors were getting ready for a new battle in the middle of the night, they all come to a complete stop when they hear the roar of a powerful cannon. They all turn towards a huge flying battleship that is approaching their location, because neither the Heartland nor the Marveland side are the ones behind the surprise attack on the Heartland castle. They barely manage to dodge the second attack at the last second, right before a beam of light teleports a Legion Soldier onto the battlefield. Its words are very clear: STATUS. CLEAR. MISSION START.


The Legion are mechanical ninjas, and this first Legion Soldier has a simple message to present to the group: ATTENTION. CHOOSE. HAPPINESS, OR DESTRUCTION. As expect, the eight mighty ninja warriors won’t go down without a fight, and thus your first fight against the Legion will commence. You’ll first control Purple Heart as you learn the basics for combat in this new cross-over action RPG with an ancient Japan look and feel to it, accompanied by a soundtrack to match the fast-paced action. You’ll soon learn they’re being led by Yoh Gamer, master of the Headshot Style. 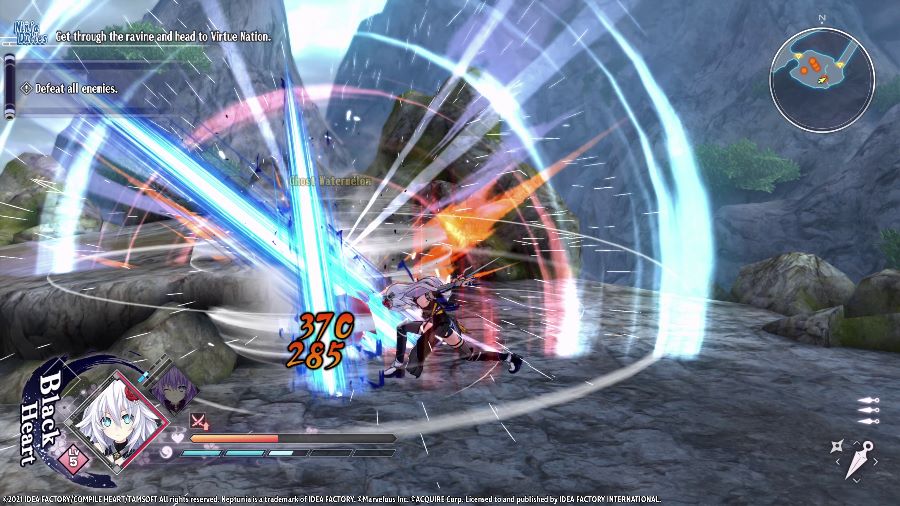 You’ll be able to run around the battlefield with the left analog stick, moving the camera around with the right one. You can perform consecutive quick attacks with the Square button, which can also be used mid-air after you jump with the X button. To lock-on to an enemy, press the R2 button. You can switch between targets by pressing left or right on the D-Pad. The Triangle button is for throwing your ninja weapon. You can switch between shuriken and kunai by pressing in on the left analog stick. Using these will consume some of your weapon gauge, which will slowly recover over time.

When exploring an area, you’ll have a leader character, as well as a partner. The leader will be the one currently acting on the battlefield, while the one in reserve will be on call for you to put them into action by pressing down on the D-Pad. The character that is in reserve will naturally recover half of their HP and all of their stamina gauge, so you should always keep an eye on your characters so that you can decide when it’s time to give someone a much-needed break. You can also switch characters during a combo attack, sending the other character right into action as it tags in.

You should always try to attack enemies from behind, since this will boost the overall damage your characters deal. This is easier to setup by using your stamina to activate your dash with the R2 button. Step movement can be used to get closer to enemies, or to avoid their attacks, all while gaining a small window of invincibility. If you press and hold down the R2 button, you will then dash at great speed. The stamina gauge will recover over time, but you can speed this up by landing attacks or guarding against enemy attacks with the Circle button. Some attacks can’t be guarded against, so be sure to pay attention! The good news is that if you time things just right and guard perfectly as an enemy’s attack lands, you’ll perform a Just Guard, which will reduce the damage you receive while greatly refilling the stamina gauge.


By pressing and holding down the L1 button, you can display the Ninja Art Skills menu. These special abilities will use some of your stamina gauge, based on the cost displayed for each one. While the Ninja Art Skills menu is up, press the Square, Triangle, Circle, or X button to activate the corresponding ability. Once a Ninja Art Skill has been activated, the Ninja Art Trigger gauge will appear to let you know it’s now your chance to chain up to three Ninja Art Skills. Depending on how you chain them, additional effects might trigger, such as adding poison to your attack. 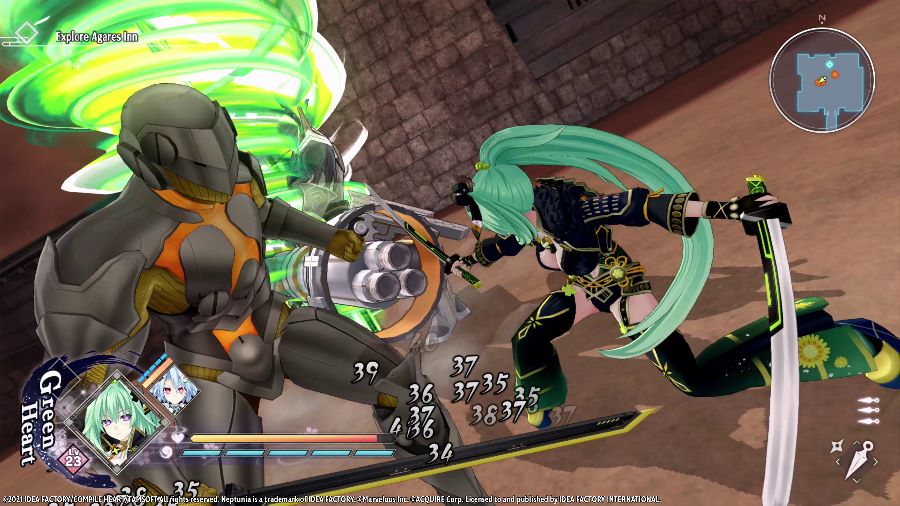 As you attack enemies or as they deal damage to you, the Extreme Gauge (EX Gauge) will slowly fill up. Once it’s full, press the Circle and Triangle button to enter Shinobi Extreme mode. When Shinobi Extreme is activated, your attacks will deal massive damage to your opponents, so you should save it for when it really matters, such as, say, when you’re going up against a boss and you’ve managed to stun them, leaving them wide open for a flurry of attacks that could change the tide of battle.

When not in battle, you should make the most of your time by, say, using the NinChat app to listen for any valuable information from the conversations you have with other characters. Some characters will have a [!] word bubble on them, which means an event can be triggered. Depending on what character has said [!] word bubble, you could end up receiving some useful items, or they could give you a request to complete, so you should definitely talk to everyone as you progress through the game’s story. You could also visit Marke Street to buy and sell equipment, which include ninja weapons, charms, spirit gems, or other consumable items to use when exploring dungeons.

Spirit gems can be used to boost the stats of each of your characters, so that they have a better shot of surviving against the evil Legion. You could purchase a spirit gem to boost attack power against Yokai or Legion, or perhaps a spirit gem that can lower the damage received from said enemy types. There are also spirit gems to boost a character’s max hit points, how many hit points they recover when using healing items, or boost the speed at which they recover stamina when attacking a specific enemy type. I’d suggest you save a bit and purchase the spirit gems that boost how many experience points you get from defeating Yokai, Legion, or Boss opponents, since every boost you get for experience points brings you one step closer to leveling up, thus boosting your stats.


Neptunia x SENRAN KAGURA: Ninja Wars has a long trophy list with plenty of objectives for you to complete, before you can unlock a new Platinum trophy for your collection. You’ll probably get a couple of trophies right after completing the tutorial, but the rest will require that you play this one for a while! You will need have 1,000,000 Nin – the game’s currency -, open all treasure chests in the game, defeat several bosses, defeating hundreds of enemies, getting a character to level 50, using skills 500 times, clearing the Peaches & Cream Meditation mini-game with every character, and beating the game, to name some examples. It’s a list that’s split into 33 Bronze trophies, 8 Silver trophies, and 3 Gold trophies. 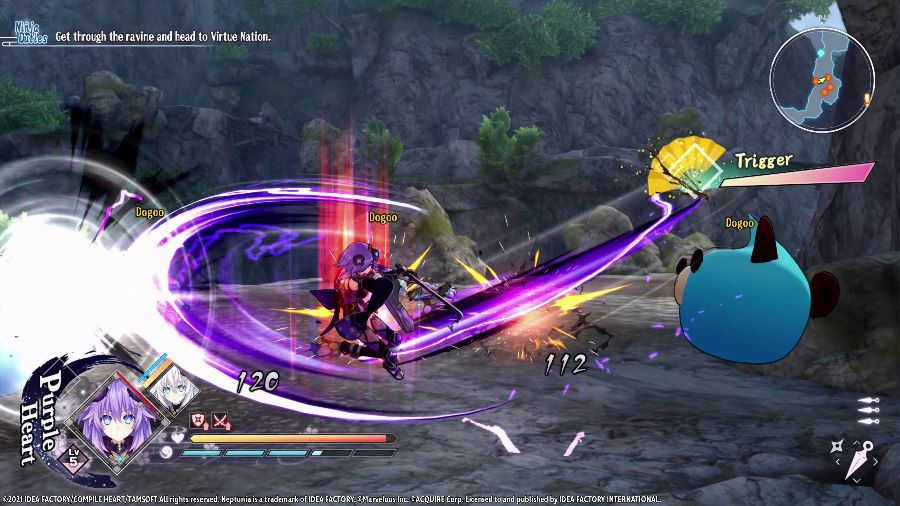 Neptunia x SENRAN KAGURA: Ninja Wars does a good job of giving us an action RPG that mixes both franchises in an ancient Japanese-style setting as characters from both series come together to go up against a threat that might destroy everything on its path. There’s plenty of content in this one and a cast with voice acting, although it’s all in Japanese, so unless you’re familiar with the language, there’s going to be a lot of reading in your future. The combat system is easy to understand yet offers the depth needed to keep you coming back for more. Neptunia x SENRAN KAGURA: Ninja Wars is out on PlayStation 4 with a $49.99 asking price. 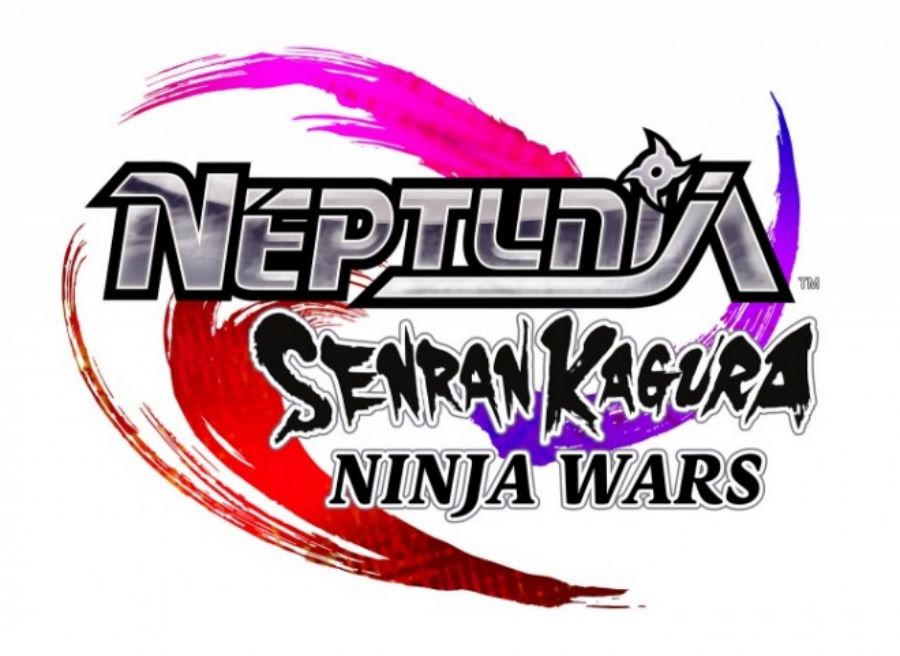 Disclaimer
This Neptunia x SENRAN KAGURA: Ninja Wars review is based on a PlayStation 4 copy provided by Idea Factory International.