Acid Nerve and Devolver Digital is an adventure game in which you are part of a team of reapers and must track lost souls. Check our Death’s Door review!


Reaping souls of the dead and punching a clock might get monotonous but it’s honest work for a Crow. The job gets lively when your assigned soul is stolen and you must track down a desperate thief to a realm untouched by death – where creatures grow far past their expiry.

Death’s Door from Acid Nerve and Devolver Digital is an adventure game in which you are part of a team of reapers and must track lost souls. You’ll take control of a crow, who’s, in fact, a reaper in search of lost souls to bring to the afterlife. You’ll begin your journey with a tutorial at the Reaping Commission Headquarters, a monochromatic office where all the crow reapers are working.

After a discussion with one of your co-workers, you’ll be told that you have three souls to reap in the world that have been evading reaping for a long while now. Your first mission will be to explore the world and reap them. As you begin playing, you’ll be dropped in a dungeon, and the first enemy you’ll meet is a boss! And, wow, is this introductory battle was fun and original. You’ll have to learn how to evade attacks, and you’ll most likely have to try a few times before you get to defeat him. You have only four hit points at any time, so you don’t have much margin for error in boss fights. Every boss encounter in this game was an original fight that requires you to understand the boss pattern, and besting them gives a huge sense of proudness. 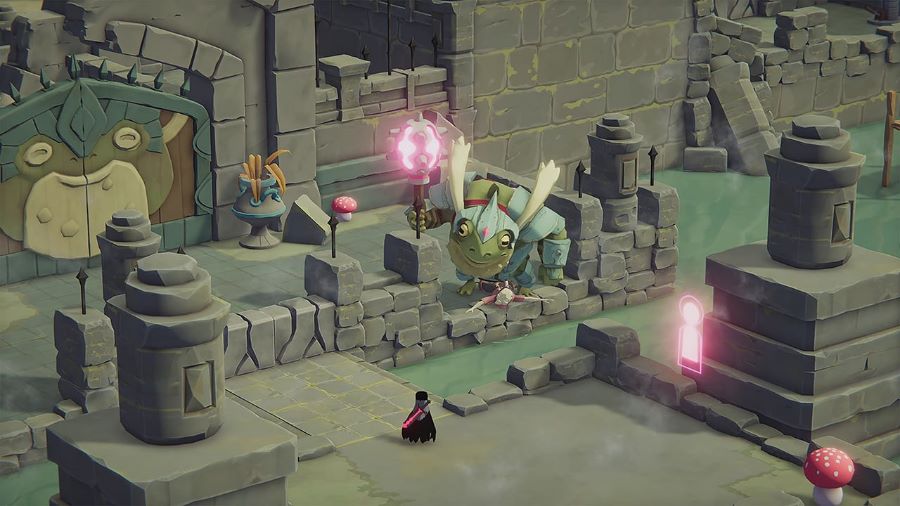 Along with the bosses, there are a lot of enemies roaming the world, and I have to credit the developer for their amazingly creative way of displaying the enemy damage without the use of a health bar: the enemies will have pink glowing cracks that will grow as they take damage. I liked how the bosses, in particular, strongly glow when they’re low in energy which gave me the adrenaline rush required to finish it.


You’ll attack your enemies using one of your melee weapons, and you’ll also begin with a bow, which allows you to attack enemies from a distance. You’ll eventually unlock some ranged magic skills that will allow you to hit enemies from a distance and also open the way further. Each defeated enemy yields souls, which can then be used to upgrade your character stats.

The level design is great, and exploring the different locations was a treat. I enjoyed the sense of freedom the game gives you. The overworld is interconnected in a single huge world with many zones with different themes. You’ll notice that while you have some freedom to explore, there are a few roadblocks that will prevent you from going too far from the main path you can take. There are three main souls to reap, and when each one is defeated, you’ll be able to explore further. 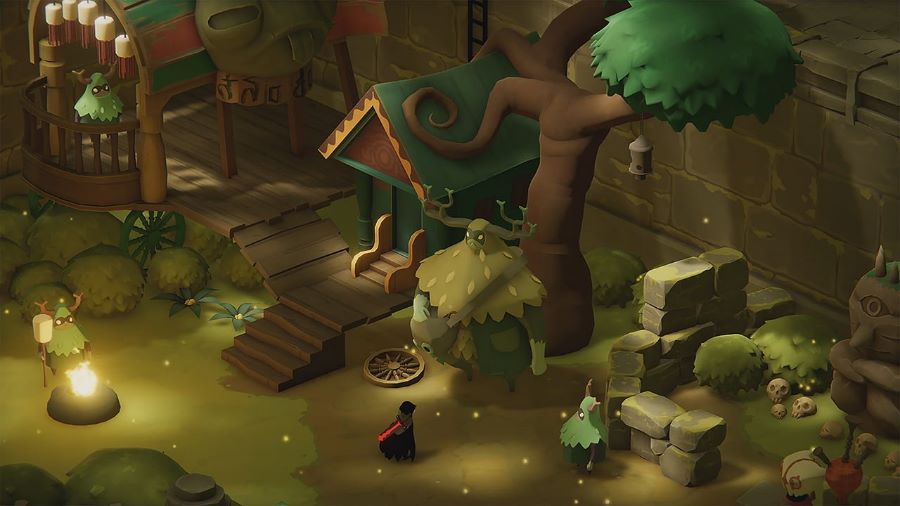 As for the presentation, the art style is amazing. The Reaping Commission Headquarters is monochrome as if all the fun has been removed from this place. The overworld is colored, and each location has its own art style and palette. I laughed out loud when I noticed what happens when you break a sign. Trust me, you’ll like it. The soundtrack is melancholic, and some places are a bit more upbeat, which is appropriate for the new locations you’ll explore.

On the PlayStation 5 build that I played, I noticed that some subtle vibration had been added to the DualSense. The game also runs at a solid 60 frames per second. There are some accessibility options as well, such as removing the flashes as well as the blood. Since the game has an overall cartoonish look, removing the blood might be a good option so that you can play this one without worrying about your kids.


One mention about the trophies. There are 9 Bronze trophies, 8 Silver trophies, 7 Gold trophies, and then the Platinum. With that being said, you won’t unlock any of them easily. Most of them are for doing random stuff that isn’t obvious, and the other trophies are for grabbing all of the collectibles, finding all the weapons, maxing the upgrades, and completing the game. It’s not an easy list to complete since you could play half of the main game’s story and still not see a single trophy pop. 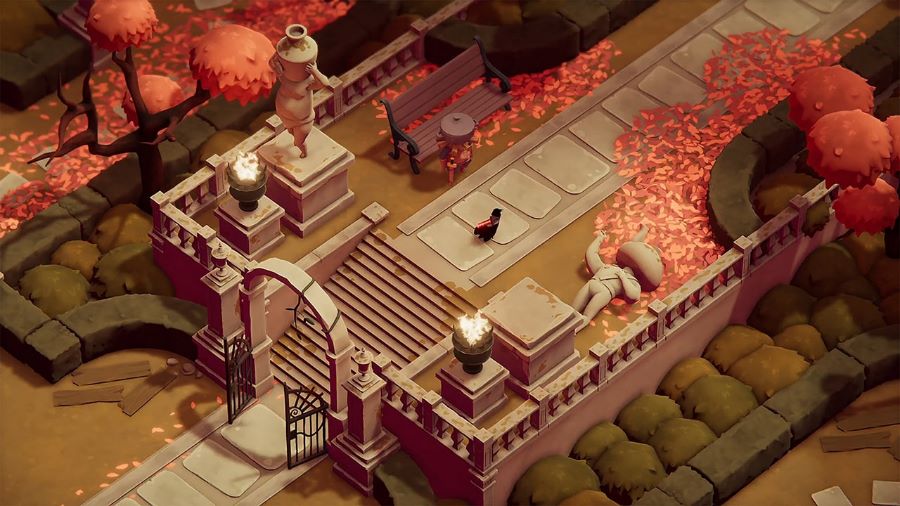 Death’s Door is a great journey with an amazing art style and a great connected world that is fun to explore. I liked how locations expand as you get new items allowing you to gain access to new destinations. The main game is probably going to take you around 10 hours or so, with some extra time needed to 100% the game, as long as you don’t end up missing some trophies along the way. Death’s Door is out on PlayStation 5 as a cross-buy title, granting you access to the PS4 version at no extra cost, for $19.99 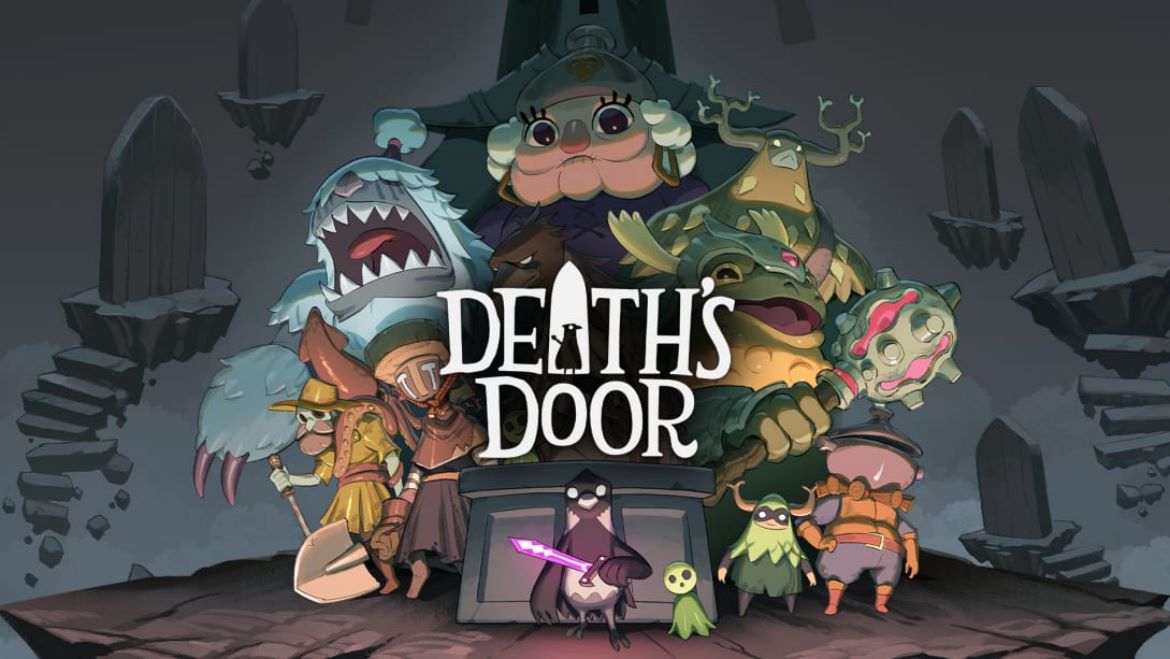 Disclaimer
This Death’s Door review is based on a PlayStation copy provided by Devolver Digital.

Loop Hero Out On December 9

[PS5] AWAY: The Survival Series Review