A group of ten friends gathers at a secluded mountain resort to spend the night of All Hallows’ Eve together. However, what was originally intended to be a fun little Halloween party quickly turns into an actual night of horrors. When one of the attendees is found dead, fear and uncertainty spread among the group as the friends realize they are trapped with a murderer.

Originally released in 2016, SHINRAI – Broken Beyond Despair is a Japanese visual novel following Raiko Shinpuku, a timid 14 years old teenager, and her friends. Raiko and her best friend Nobara are invited to a Halloween party with eight other friends in a resort outside of the city. As the evening unfolds, the unthinkable happens, and one of your friends is found dead. It’ll be your job to find clues and uncover the true mystery. It’s worth mentioning that there are five different endings that can be found, which include one true ending and four bad ones. 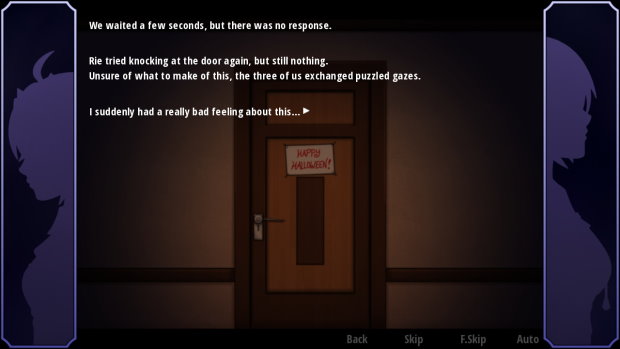 I was surprised by how long this visual novel is. Sure, there are a few questions asked by the other members after the first murder happens, but before that, you’ll be mostly familiarizing yourself with the different characters. The whole story contains 150,000 words, which makes a normal playthrough last around 6-8 hours, depending on your reading speed. 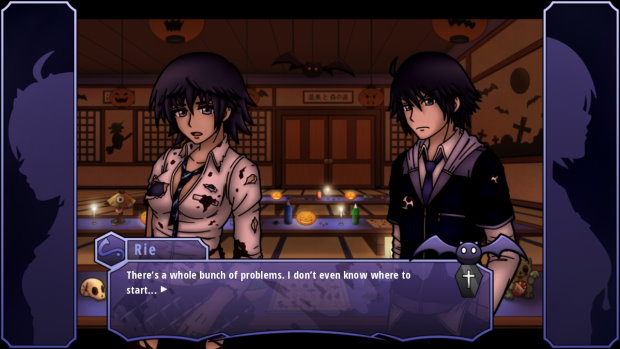 With Raiko being the designated detective, you’ll have a few questions to ask throughout the story. For instance, in some sequences, you’ll be tasked with finding evidence on what happened using the clues you already found. There are also detective sequences where you’ll be searching the scenes in a point and click setting, trying to find clues and items. Finally, in some other segments, you’ll have to accuse members of your group in order to discover the true culprit.


At first, when I played, I thought that the graphics were unappealing as the characters and backgrounds seemed like they were upscaled from a lower resolution. I grew used to it, but even if this game is only five years old, it looks much older. The soundtrack had some tracks that felt repetitive as they looped, but at least there were plenty of them.

As for the trophies, with this one being a Ratalaika Game, you could go through the long way and discover all by yourself, but that would take you at least 10 hours. There’s a skip mode that allows you to go to the next question or detective sequence that trims down the total time to around 20 minutes if you’re following a guide. Being a cross-buy release, you get the PlayStation 4 and PlayStation 5 versions, with each one having its own separate Platinum trophy. 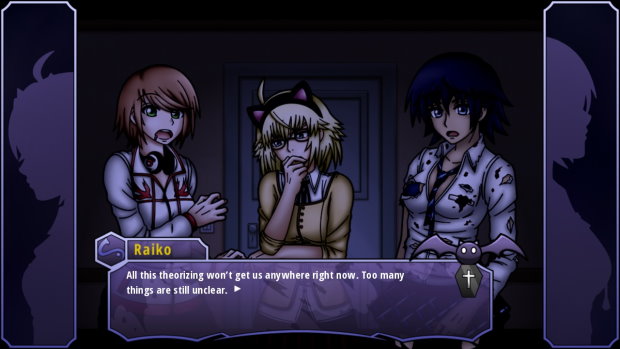 SHINRAI – Broken Beyond Despair is a great and lengthy Japanese visual novel set around a Halloween that goes terribly wrong. I liked how the story unfolded and the growing relationship between the characters. The detective and accusations sequences were also great to play through. Being a Ratalaika Games release, by following a guide, you could have a new Platinum trophy in around 20 minutes and can even get a second one thanks to this game being a cross-buy release. 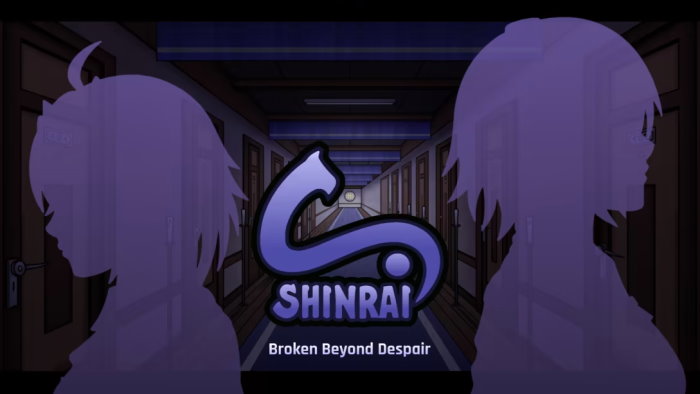 Disclaimer
This SHINRAI – Broken Beyond Despair review is based on a PlayStation copy provided by Ratalaika Games.

Mastho Is Together Out On Consoles