Unpacking from Witch Beam and Humble Games is a charming game about unpacking a person’s belongings during different stages of their life. Check our Unpacking review!


Unpacking from Witch Beam and Humble Games is a charming game about unpacking a person’s belongings during different stages of their life. At its core, it’s a puzzle game since you’ll have to unpack objects and find where to place them in each of the rooms. The game does have some accessibility options, such as increasing the size of the icon, changing how it looks when you switch between rooms, and even allowing items to be placed anywhere, thus removing the puzzle side of the equation so that players of all skills levels can take this one for a spin. 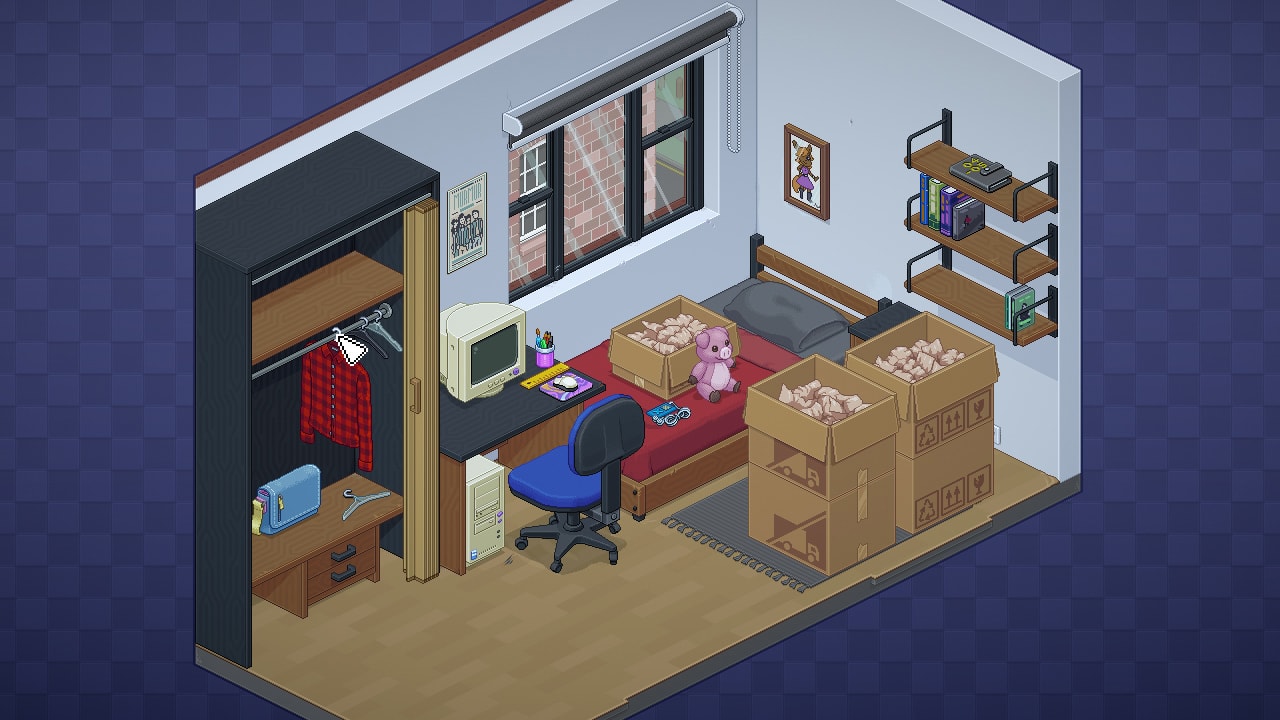 The game can be played either with the Nintendo Switch Joy-Con or use the console’s touchscreen when playing in Portable or Tabletop Mode or when playing the game on a Nintendo Switch Lite unit. When using physical controls, you will move a cursor around the screen with the left analog stick, lifting and placing objects with the A button, turning them with the B button. You can zoom in and out with the D-Pad and move between rooms by pressing the L, R, ZL, and ZR buttons. The right analog stick can be used to move the camera around the room. You can activate a photo mode with the Y button to take a nice picture of all of your hard work.


While finding a spot for each of the items in every box during the different moments of the protagonist’s life, you’ll eventually run out of objects to place from the inside of a box. When this happens, the box will just fold itself and vanish, as you then focus on opening the next box and unpacking and placing those items. You’ll start with unpacking all the boxes with items for just a single room so that you can get used to the gameplay mechanics. By the time you’re taking on the last level, you’ll be opening a ton of boxes under a very different scenario. 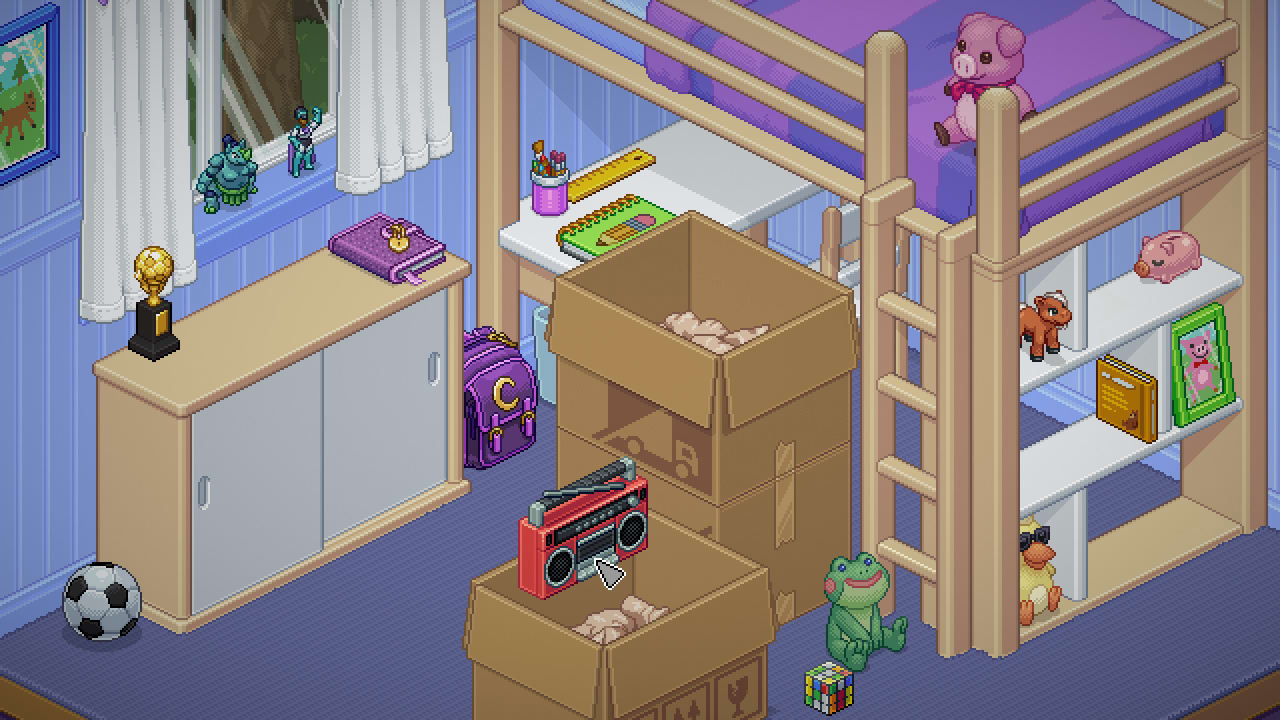 The puzzle element won’t get in the way of your enjoyment of Unpacking since there’s never a moment when you’ll find yourself stumped about where an item needs to be placed. Once you’re done putting everything in each room, you will notice that some of them will have a colored outline. This means that the item should perhaps be placed somewhere else to better fit with what the item is and what a rooms theme is all about. Without giving too much away, allow me to mention two examples in particular. Since there’s a desk below your bed in the first room you move into, that means that any school supplies should probably go there. And because one of the boxes will contain your diary, perhaps you should keep it in a safe place such as say, under your pillow!


Once everything is set and you’re done unpacking the last box for a location, a picture will be taken automatically, and it will be added to your book. On the top, you’ll see the month and year in which you ended up unpacking all of those boxes, as well as a short blurb about this – for example, how the first room you move into is, well, your first room! The next time you move it will be 2004, and, as expected, a lot has happened and changed in seven years! The content of the boxes you unpack will be different, and you’ll now be moving into a small apartment with a bedroom, a bathroom, and a kitchen. But worry not, because there are going to be many items that are still going to be part of your life. 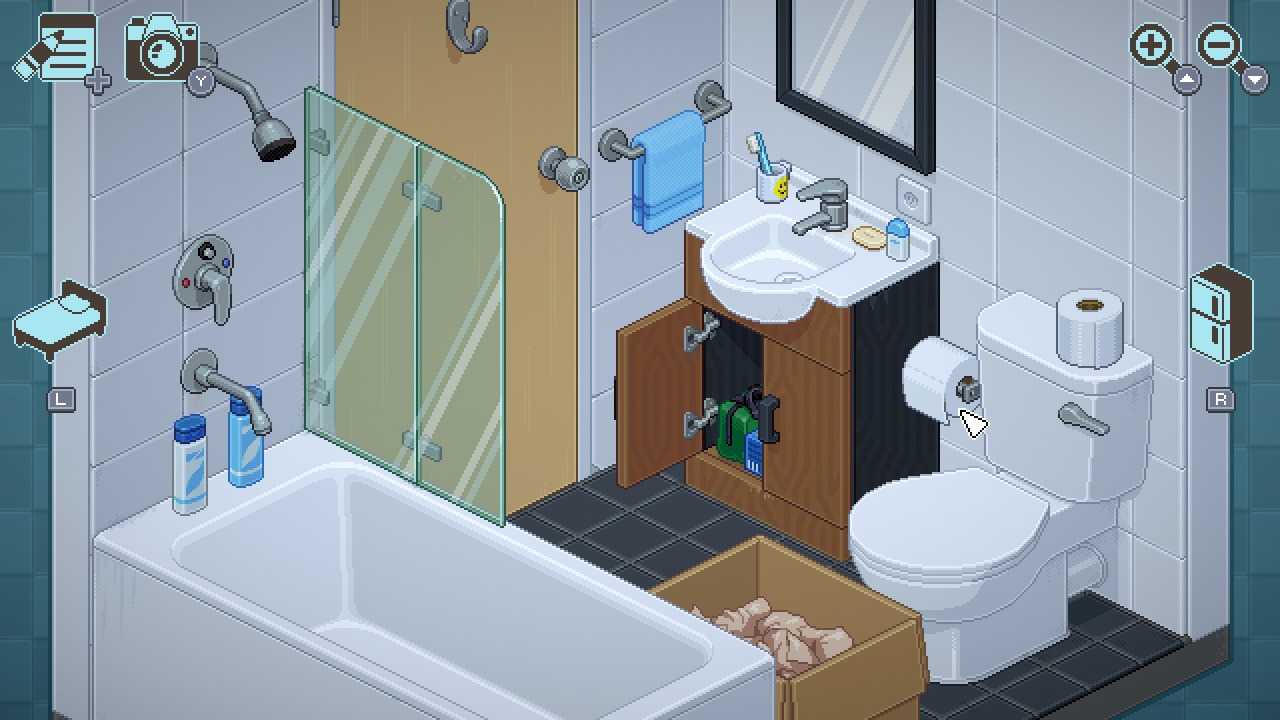 As I mentioned during our interview with Wren Brier, there are over 14,000 foley wav files in Unpacking. What this means is that you can, for example, place a bottle of shampoo in the bathroom, and you could get ten different sounds each time you place it. At the start of the game, you will unpack a bunch of toys from a box, and you can place them on top of your new bed and hear a variety of sounds just from the handful of objects. It’s crazy that there are thousands of sounds for this! 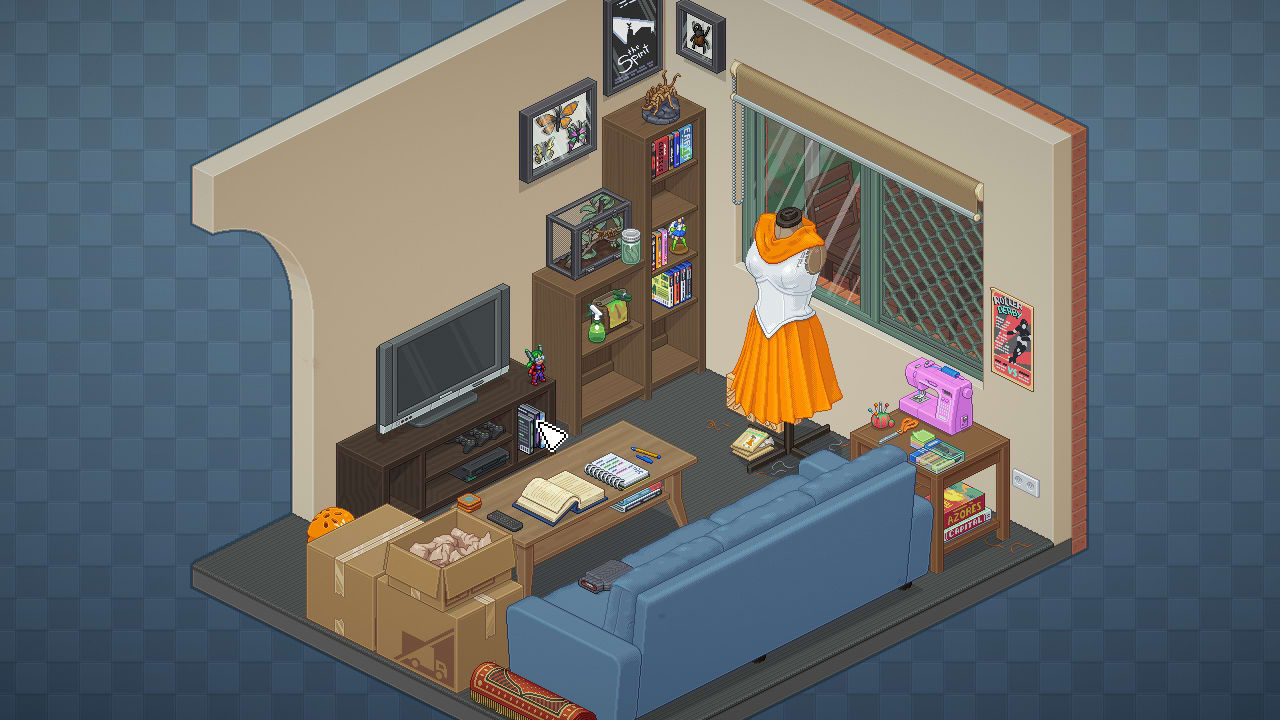 The game is a great fit for the Nintendo Switch, not only because you’re able to use the Nintendo Switch Joy-con or the touchscreen to control things – or both at the same time to speed things up – but because it’s a very Nintendo game. It’s the type of experience you’d expect from a dev team at Nintendo, given its easy-to-understand gameplay mechanics, relatable setup, excellent pixel art, and a great soundtrack. On top of this, the main character is definitely a Nintendo fan, as you’ll get to see from the different portable and home consoles you’ll unpack and place during each level. I can neither confirm nor deny they’re very similar to a Game Boy Color, a Game Boy Advance, a Gamecube, an Nintendo Wii, or a Nintendo 3DS, along with the loose cartridges, Nintendo 3DS cases, and Gamecube and Nintendo Wii game cases associated with said theoretical consoles.

Unpacking is a charming experience with excellent pixel artwork, thousands of sounds, and a soundtrack that does a great job of complementing the whole experience. Its story is told by way of the objects you unpack from each box, and how you place them around each location, you move into as you experience the growth – both physically and emotionally – of the protagonist. It’s an experience I don’t want to spoil here since it’s one of the best games on Nintendo’s console. Unpacking is a must-play, and it’s out now with a $19.99 price. 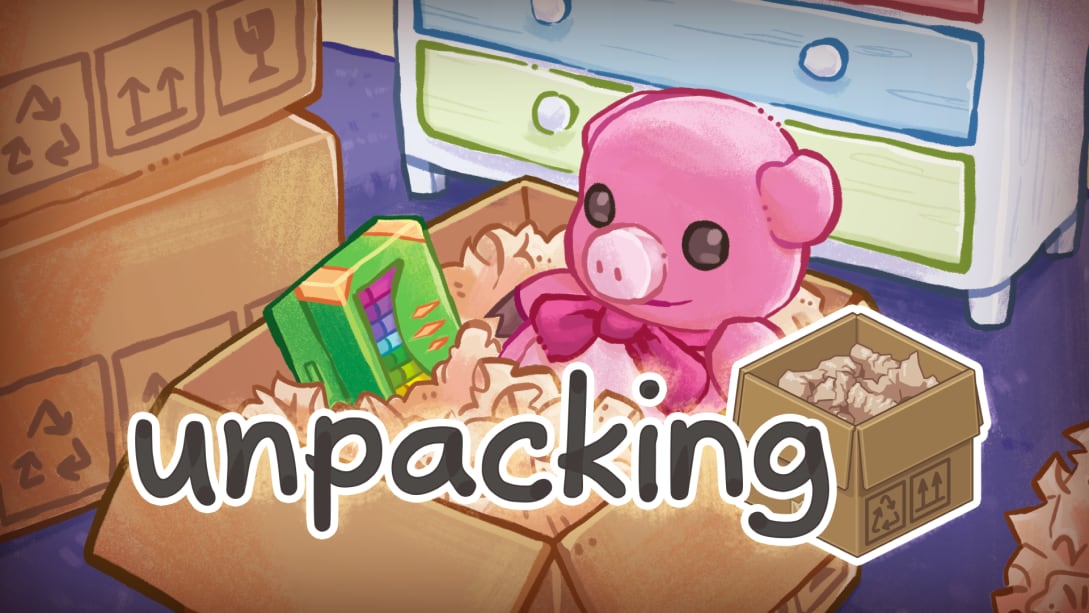 A charming game that is a must-play on Nintendo Switch

Disclaimer
This Unpacking review is based on a Nintendo Switch copy provided by Witch Beam.

13 Sentinels: Aegis Rim On Its Way To Nintendo Switch

Asteroids: Recharged Out Next Month