Suzerain from Torpor Games and Fellow Traveller is a political sim text-based RPG on Nintendo Switch. Learn more in our Suzerain review!


Suzerain from Torpor Games and Fellow Traveller is a political sim text-based RPG on Nintendo Switch. You take on the role of President Anton Rayne, who must lead the nation of Sorland during his first term, starting in the year 1954… after 20 years of a dictatorship! There’s a lot of work to be done for this new era, what with all of the corruption, economic crisis, and the desperate need for a new path that can lead to a prosperous future for the nation. There are military threats to consider as well, so it’s going to be a bumpy road. 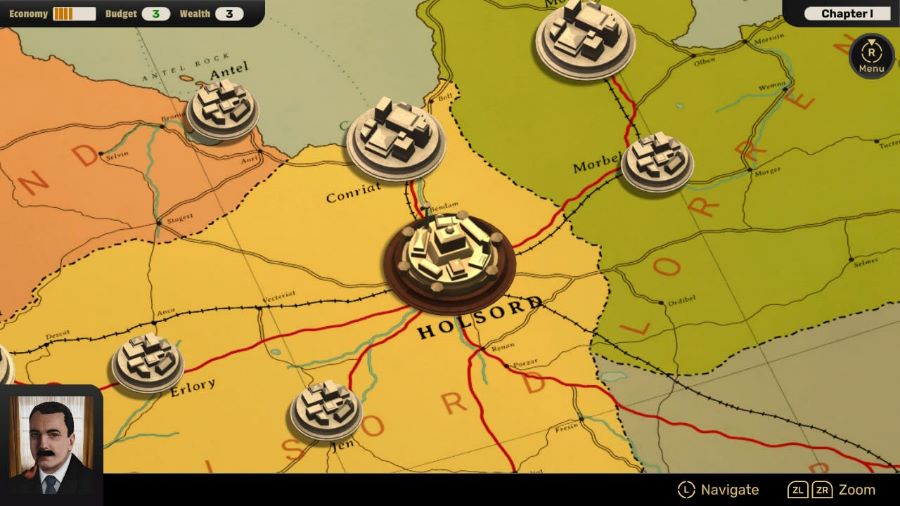 The first step will be to answer a short series of questions to determine the type of leader you’re going to be. For example, when you were born, you can decide if you came from a wealthy family in the city of Lachavan, from a middle-income family in the city of Holsord, or from an impoverished family in the city of Deyr. You will also get to pick how you felt when you heard about the fall of the Kingdom and the rise of the new nation, as well as select what you focused on studying at the university. There will be more choices to make during the game’s prologue before the first chapter of your new story begins.


Every step you take, every choice you make will have an impact on the future of Sorland and its people. There are many endings you can reach as you play Suzerain, including one that will lead to revolt and a Coup d’Etat, which is sorta similar to getting a game over. A Coup d’Etat means the choices you made along the way were so extreme that the military removes you from your position… by any means necessary. Be careful who you trust, and make sure that your decisions don’t irritate the military a bit too much, and you’ll be able to avoid this one. 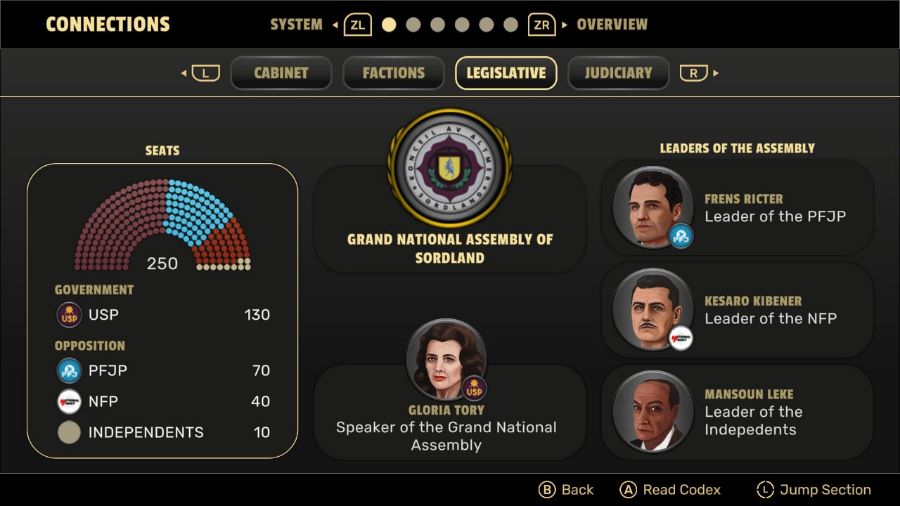 At any given time, you should make an effort to learn as much of the newly available information as possible. You must know who your cabinet is, the different factions that will try to do their best to sway your favor, the seats held by your party and by other parties in the Legislative, how the Supreme Court of Sordland is formed, with seats going to the Old Guards – the Sollists from the old administration who defend the status quo -, the Centrist – who, as the name suggests, don’t lean left or right -, and the Reformists, those seeking democratic reforms that can improve things after what was done by the failed rule of the previous government.


You must also be aware of the current legal situations, what is going on with the economy – you’ll start with Alphonsonomics in place, established by the previous President -, what is happening with the military so that you can act accordingly, understand the current welfare of your citizens, what the state security is like, and any diplomatic situation that needs your immediate attention. There’s also the news to consider, to see how each publication covers the choices you make. 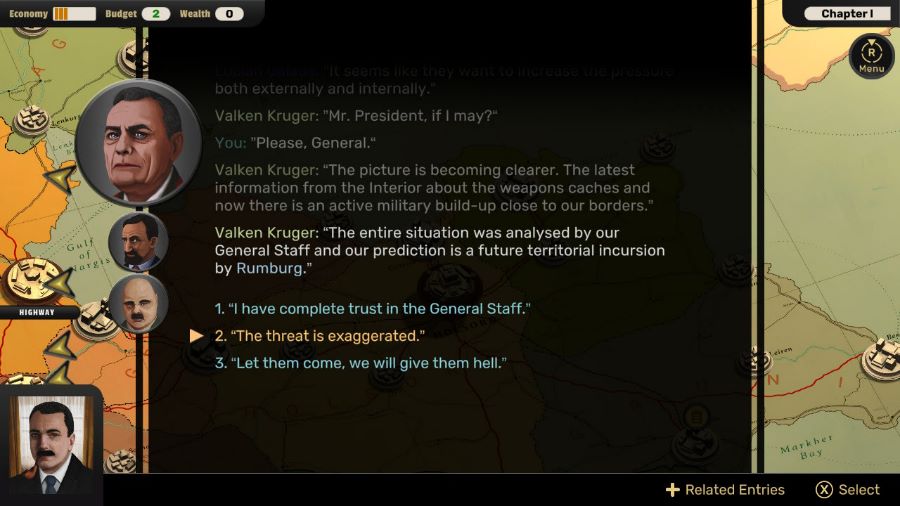 There are many characters for you to keep tabs on between the members of your cabinet, your family, the party leaders, the assembly, the Supreme Court, foreign leaders, state figures, business figures, former presidents, and other individuals you should be aware of. There are also countries to consider, major cities, mid-size cities, and minor cities, regions, and landmarks, the political parties and organizations, the international political climate, factions at play, the timeline of events that lead to the current nation of Sorland, and more! 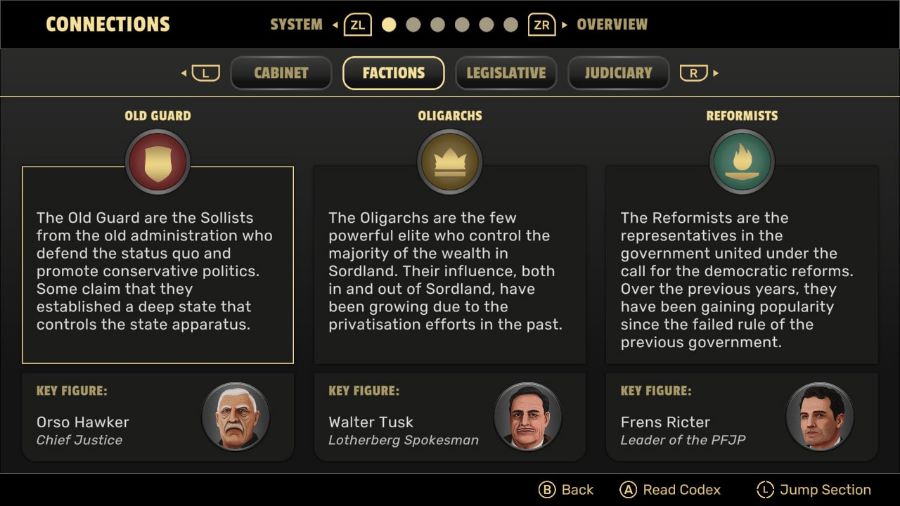 Suzerain is a political sim type of experience that focuses on a narrative-driven approach instead of leaning into the sim side of the equation as you’d expect from, say, Civilization. Every choice you make will have an impact on the nation and on which ending you find along your path. The bills you veto could have an immediate impact on things, or they could plant the seed that could lead to your impeachment. Pay attention to the briefings on the current political situation, read reports on logistical issues, pass bills that benefit the nation – or that lead to your benefit and set up a potential dictatorship -, and pay close attention to not only your opponents but also your allies, or else you might end up with a Coup d’Etat before you realize you’ve gone too far. Suzerain is out on Nintendo Switch with a $17.99 price, and it’s one you should definitely check out. 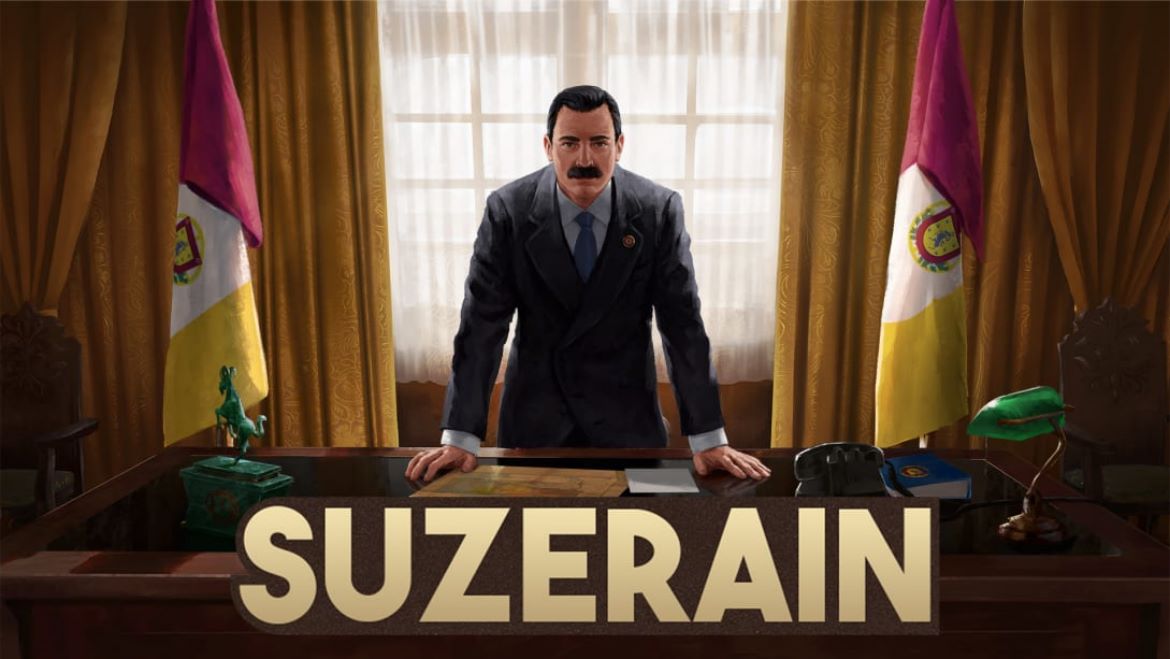 Disclaimer
This Suzerain review is based on a Nintendo Switch copy provided by Fellow Traveller.

Date Night Bowling Out On November 26

[PlayStation 4] The Prince of Landis Review