Om Nom: Run from ZeptoLab UK and QubicGames is a colorful all-ages arcade-style autorunner. Check our On Nom: Run review!


Om Nom: Run from ZeptoLab UK and QubicGames is a colorful all-ages arcade-style autorunner. It’s based on the main character from mobile hit Cut the Rope, which launched way back in 2010, and its universe. This one also got a mobile release back in 2020, and it’s now available for Nintendo’s console at a budget price of $4.99, making it a great option for fans of the character and the Cut the Rope series. Since my kids are part of said demographic, I enlisted their help for reviewing Om Nom: Rub on Nintendo Switch! 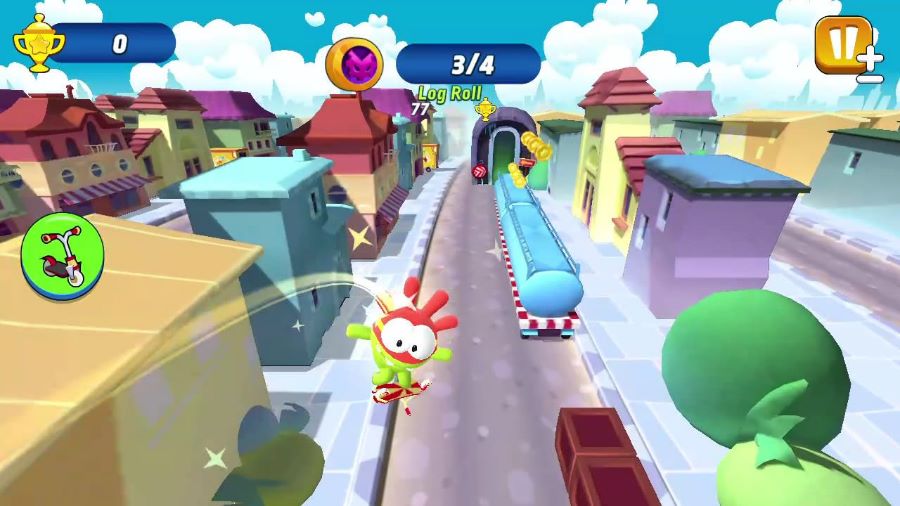 Om Nom: Run includes three gameplay modes: Free Run, Multiplayer, and Campaign. Free Run allows you to do quick runs to see how far you can go before getting a game over, offering randomly generated runs through Nomville with different obstacles to avoid. Multiplayer can either be enjoyed by two players at the same time by playing on splitscreen, or you can go all-in into the hectic madness of eight players running around on one screen. There are over 20 characters to play as, so everyone should be able to find a favorite.


As for the Campaign, you’ll take on 120 levels that take place in nine different locations: The City, Drain, Forest, Lair, Factory, Market, Roof, Station, and Airport. For Campaign, you’ll be taking on each level as you try to complete missions of four types: Run the Distance, Collect Tokens, Perform Tricks and Collect Letters. The name for each one probably has already clued you in on what needs to be done. For Run the Distance, you’ll have to run up the specified distance to be able to clear the challenge. Collect Tokens asks that you collect X number of tokens. For Perform Tricks, you must use the special ramps to perform a stunt after your jump. Collect Letters will ask that you collect the letters for CUT, THE, and ROPE, or ZAP, MAX, FLUX, to name some examples. 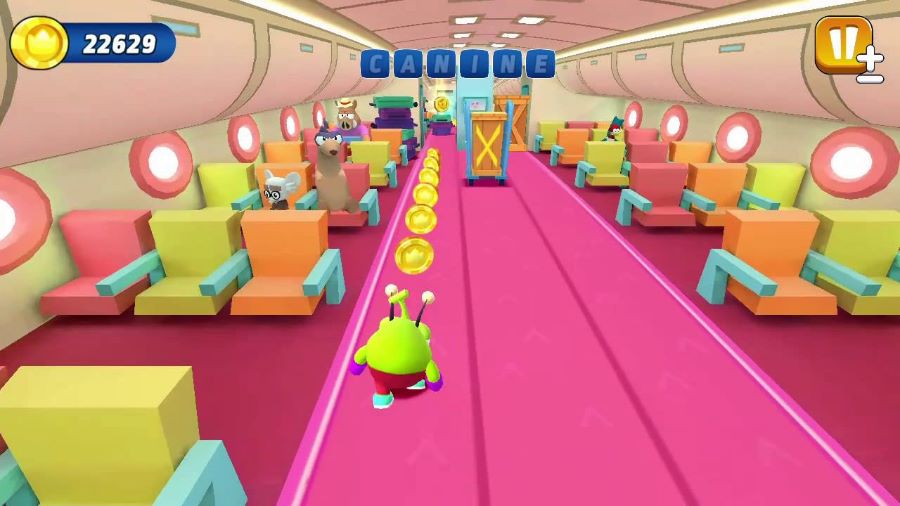 The controls are very simple. Your character runs automatically through each stage, and you can move left and right by using the left analog stick, the D-Pad, or by using the Y and A buttons. Pressing down or the B button will allow him to slide while pressing up, or the X button will make him jump. You’ll get to learn all of this during the first handful of levels in Campaign. 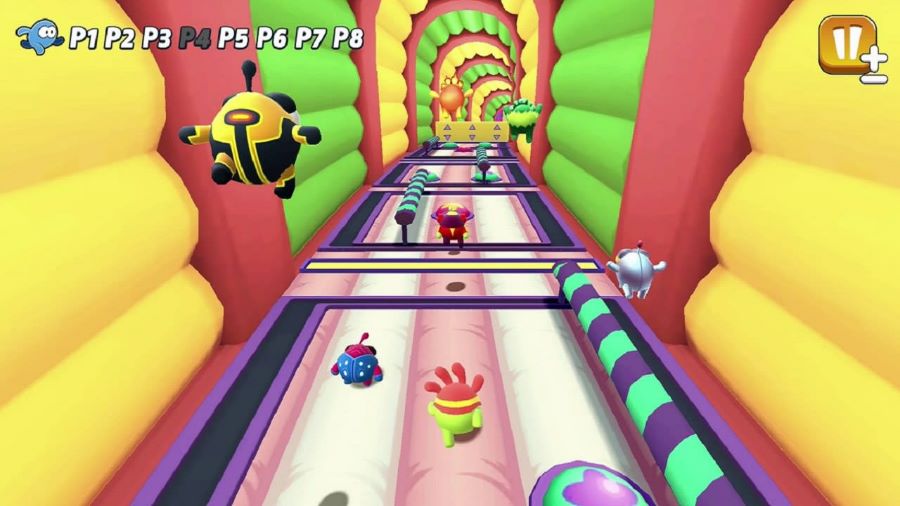 With the many coins you collect, you can improve your character’s tricks, as well as unlock the additional characters that the game has to offer. Super Nom is the one available from the start, and you can unlock Om Nelle, Robo Kid, Tech Kid, Space Cowgirl, Lick, Boo, regular Om Nom, Aeon Visor, Crawler, N/Droid, Nom of Steel, Fire-Nom, Earth-Nom, Ice-Nom, Wind-Nom, or Om Nom X. You can also customize a character’s look by adding a mask, sunglasses, or an LED helmet. Some characters are unlocked by reaching a specific mission. Coins can also be used to purchase additional customization options for your character’s eyes, mouth, suit, hat, gloves, shoes, and more! 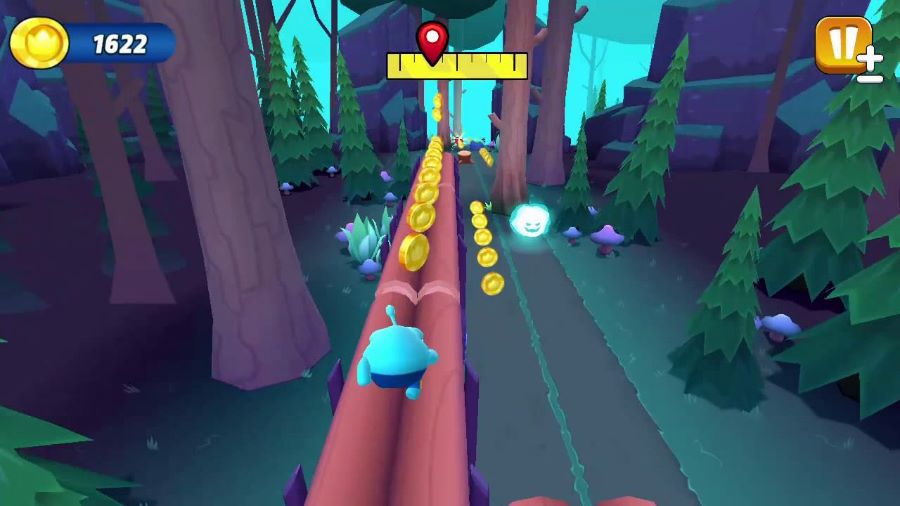 Om Nom: Run is a fun and colorful all-ages arcade-style autorunner that the younger gamers in your life are going to enjoy. My kids played the game for an hour straight during our first gaming session, and they have kept coming back to play the game to try and unlock all of the characters and add more customization options to their characters. Om Nom: Run is out on Nintendo Switch with a budget $4.99 price. 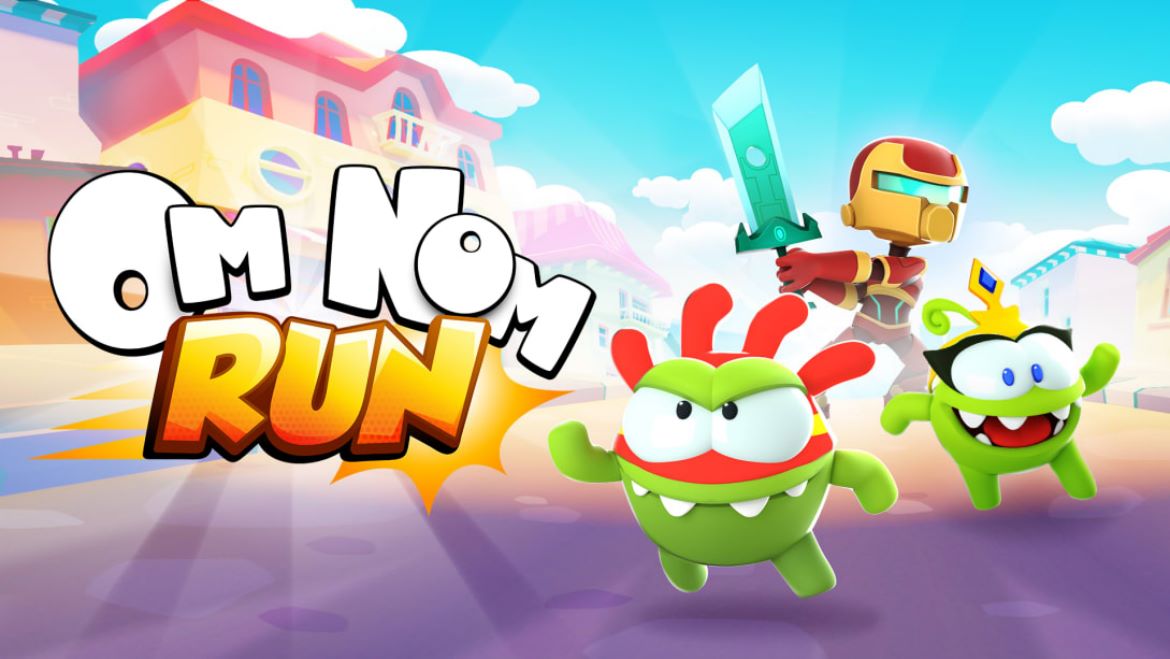 Disclaimer
This Om Nom: Run review is based on a Nintendo Switch copy provided by QubicGames.

Little Bug Out This Month On Nintendo Switch