Detective games seem to be in fashion this year, so it’s the perfect time to dive into this one! Check out Murder Mystery Machine review!

On her first day at the DCA, fresh-faced rookie Cassandra Clarke, is teamed with a reluctant burnt-out detective, Nate Huston, to investigate the murder of a prominent politician. While all evidence points to a botched robbery, it soon entwines the two detectives into a complex, interconnected series of crimes that are anything but an open-and-shut case.

Features:
Explore detailed, isometric crime scenes, navigating perspectives to uncover new clues. Question suspects in the area, and find contradictions in evidence to catch them out. Can you tell apart the red herrings from the key to the case?

Gather walls of evidence from crime scenes, interviews with suspects, and forensic results. It’s up to you to keep your workspace organized so you don’t miss anything, and cut through to the real who, what, and why.

Enjoy a rich and immersive story inspired by film noir, written by film & TV professionals at BAFTA-winning production company Blazing Griffin. With complex characters and dark, pervasive settings, expect the unexpected as the scales of justice are tilted. 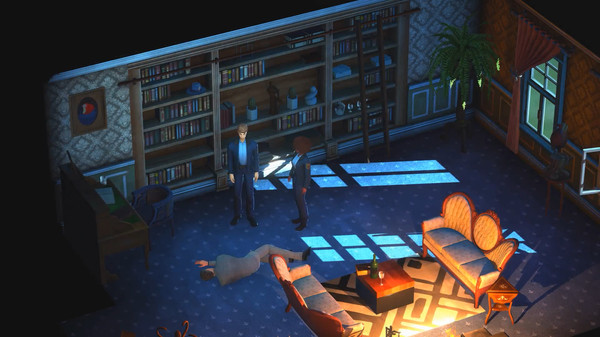 Now Murder Mystery Machine takes a lot of cues from an old-school point and clicks games as you survey crime scenes from an isometric view, gathering clues. Let’s maybe take a step back first. Now you’re going to have several stories chapters in this story. Most are going to have some connective fiber as you go between them, presenting an overarching story. You play as Cass, a new detective who has just been assigned as the partner of detective Nate. They have a relationship that builds throughout the story. I was initially annoyed by Nate, but he grew on me by the time it was all over. I don’t want to get into the details since I don’t want to spoil things, but the story is a good one, and you can tell they have brought in some TV writing talent to help put together everything.

As for solving the murders, you move throughout each isometric room, talking to witnesses and suspects, as well as looking for clues. When talking to people, this plays out more like a traditional adventure game where you can direct the dialogue by choice and get the answers you need. After talking to someone, you can go through the crime scene in detail, looking for clues. 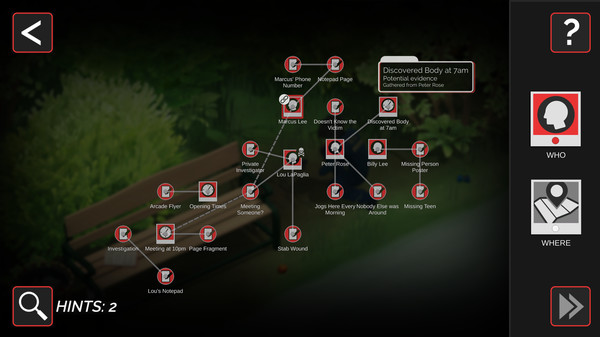 As you gather clues and evidence, you’ll be able to start connecting them and putting all of the pieces together. You’ll have an area where you connect red lines between clues and evidence that help support your theory. The key here is linking the right clues with the right piece of information, you’ll open up new evidence and new lines of questioning for witnesses. It’s really cool. As I continued to play through the game’s chapters, I had a good idea of who the murderer was, but I then had to find what was needed to prove it. While, for the majority of the time, things made sense right away, sometimes some of the links were a little obtuse and hard to figure out. Thankfully there is a hint system built in so that you can get out of a jam.


I loved the art style of Murder Mystery Machine, with an interesting cartoon vibe that yet still manages to present a serious tone as you deal with the murders. The rooms are interesting, and being able to spin them around made it possible to look at every corner of the room to find what you need. The music fits the subject matter as well. It is not overstated and just kind of in the background. The one complaint I do have about the game is the lack of any voice acting. It adds so much to characters when you have that force behind characters, helping to build connections with them. 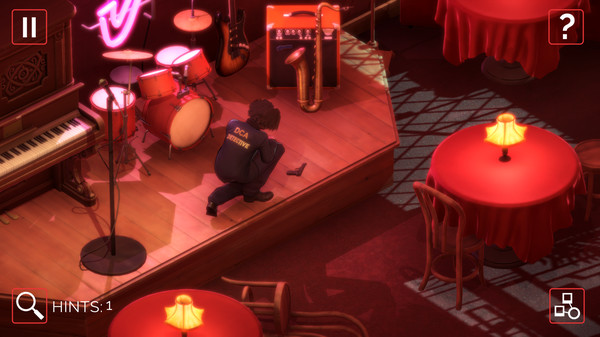 Murder Mystery Machine is a great detective game in a year of good detective games. It connects the dots where it needs to in order to piece together a tapestry of mystery and suspense. Other than some puzzles that might be a bit more challenging to complete, which is not that big of an issue thanks to the hint system, and the game not having any voice acting, this is a detective game you should check out on Nintendo Switch. 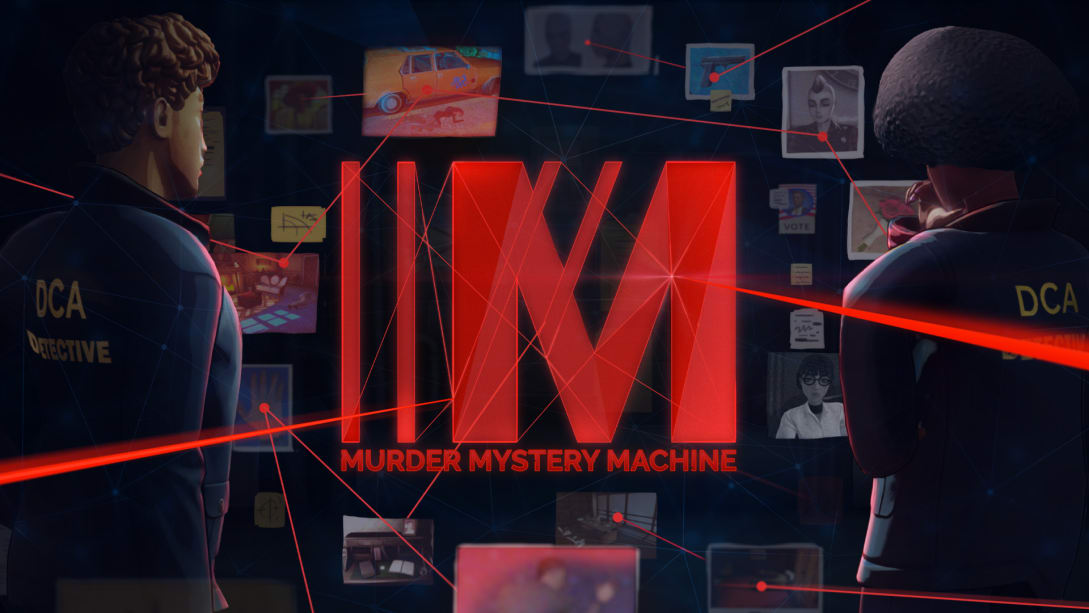 Disclaimer
This Murder Mystery Machine review is based on a Nintendo Switch copy provided by Microids.