May’s Mysteries: The Secret of Dragonville from Klabater and V5 Play Studio is a classic puzzle adventure now available on Nintendo Switch. The game was originally released on the Nintendo DS way back in 2011 by Red Wagon Games and V5 Play Studio as a Gamestop exclusive Nintendo DS cartridge, and it was called May’s Mystery: Forbidden Memories. As its name suggests, this is a mystery game on Nintendo’s console, and it features more than 270 puzzles to solve between logic puzzles, hidden object puzzles, and rhythm games that will ask you to arrange pieces, mark the right answer, color an area, connect the dots, draw lines, find objects, pour liquids, write answers, and more. Yes, the game has been inspired by what the Professor Layton games set out to do on the Nintendo DS, so you’ll find some similarities for this one. While May and Tery start their journey together, this won’t be for long. They were both riding on a hot air balloon, but after a failure in its engine and a nasty storm, she finds herself on her own, with her brother missing. On the Nintendo DS, the game was played entirely by using the console’s bottom touchscreen. For its Nintendo Switch port, you can play by using the left analog stick or the D-Pad to move a cursor around the screen to interact with the different points of interest you find.


As you explore each area in the different locations you’ll visit, you’ll get to experience colorful hand-drawn environments that also have some very colorful and unique characters to meet. There are 50 characters to meet, and you’ll be helping them help you get closer and closer to finding the information needed to find Tery before it’s too late. He’s not the only kid that is missing, as you’ll soon find out once you manage to enter the titular Dragonville. The town holds many mysteries, and May must work hard to find as many clues as possible to solve the many puzzles the game has to offer. There are more than 270 puzzles you will get to solve during your time with May’s Mysteries: The Secret of Dragonville. The puzzles are split between the puzzles you need to solve to move the story forward or the bonus puzzles that can be solved to obtain hint points, which can be used to unlock the up to two hints available for each of the puzzles. For story puzzles, you can get a score of up to 30 points based on your performance. For every failed attempt, five points will be deducted from the total amount of points. Since the game was released back in 2011, that means it had a 4:3 presentation. While the graphics have been cleaned up and bumped up to an HD resolution, they’re still 4:3 in nature. The left side of the screen will show you a compass that can be clicked to move between areas, a map that will show you where you are in Dragonville, and your inventory. Your inventory can be checked to review any quests you have, the items you’ve collected, the story puzzles you’ve completed, the bonus puzzles you’ve finished, and the hint points you have, the puzzles you’ve solved, the time you’ve played the game for, and your total score. It does have some quality-of-life improvements since the game now automatically saves your progress as you solve each puzzle, and everything flows at a faster pace. May’s Mysteries: The Secret Of Dragonville is a fun puzzle game adventure on Nintendo Switch. It was heavily inspired by the Professor Layton series on the Nintendo DS – which at the time of its original release already had Curious Village, the Diabolical Box, Unwound Future, and Last Specter under its belt. The game features ten minutes of animated cutscenes with voice acting – which, as you can imagine, was a huge deal for a Nintendo DS release – and more than 270 puzzles to solve. Not all of them are fun puzzles, which is to be expected from such a wide variety and puzzle types, but this is still an easy one to recommend on Nintendo Switch given its budget $14.99 asking price. 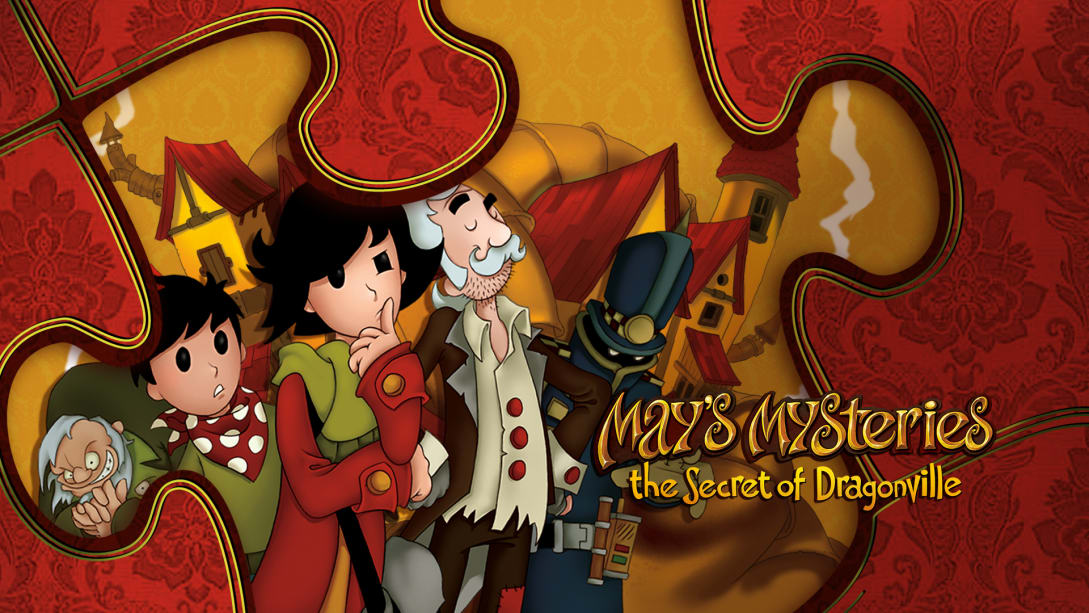 Disclaimer
This May’s Mysteries: The Secret Of Dragonville review is based on a Nintendo Switch copy provided by Klabater.

GUNKID 99 On Its Way To Consoles