Lone McLonegan: A Western Adventure from Sonomio Games and Flynns Arcade is an old-school style point and click game on Nintendo Switch. It seems that Lone McLonegan was once the Most Wanted Outlaw in the Wild West, until his arch nemesis Bragg Badass finally did something that pushed him into now becoming the Most Wanted Outlaw in the Wild West. As you can imagine, Lone McLonegan does not take this lightly, so he sets out to do something about it so that he can recover his rightful place. His plan? To rob the Bank of Oldewell, which has the most secure safe in the entire county. If he manages to pull this off, he’ll surely once again become the Most Wanted Outlaw in the Wild West, and Bragg Badass will be forgotten! This adventure would be too easy – and short – if you could just walk up to the bank and rob it, which is why Bragg Badass’ hitmen attack the stagecoach in which Lone McLonegan is traveling. After this, you’re going to have to find another way to reach Oldewell before it’s too late! Since it’s a point and click adventure, you’ll be moving a cursor around the screen with the left analog stick, interacting with stuff and people with the A button. Instead of having you point at something, press the A button, and then select an action, you’ll need to press the Y, L or R buttons to change the action you’ll perform. A hand with an extended finger will allow you to move there; an eye will make it possible to get a closer look; a closed hand will be for grabbing something; there’s also the option of striking up a conversation; or you could simply kick an object and see what happens next. 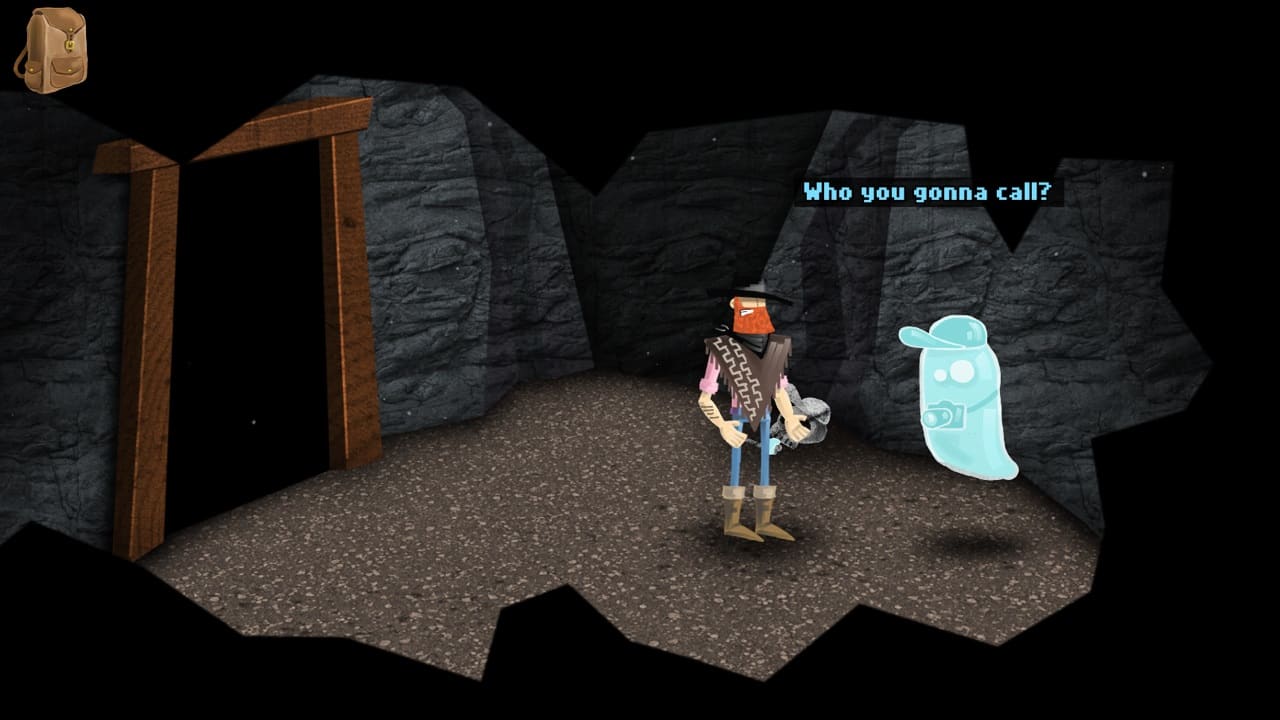 Any items you collect will be added to your inventory, which you can check at the upper left corner of the screen by hovering over the backpack. Once you do this, you can grab an item and use it to try a solve a puzzle, or you could examine it by interacting with said object while selecting the eye icon. The first item you’ll get is a map, which is very useful since it will allow you to travel to different locations. Lone McLonegan: A Western Adventure pays homage to the old-school point and click classics, which means it’s a game that won’t be for everyone. It’s minimalist art style makes it look like a pop-up book. It’s humor and pop-culture references make it stand out, but the lack of voice acting could be seen as an issue. Lone McLonegan: A Western Adventure is out on Nintendo Switch with a $9.99 price. A funny adventure game that pays homage to the classics

Disclaimer
This Lone McLonegan: A Western Adventure review is based on a Nintendo Switch copy provided by Flynns Arcade.