Jack Axe from Neon Doctrine and Keybol Games is a colorful 2D action platforming adventure on Nintendo Switch. You’ll be playing as Jack and her sisters on this 2D action platforming adventure in single-player or multiplayer through a world inspired by Filipino and Norse mythology. The prophecy says that when the time is right, someone will come to lift the axe so that he can use its power to rid the land of evil. He will use his might to bring peace to the land. As you can imagine, the god who mentions this is surprised when Jack grabs the axe since women are forbidden from using weapons. Jack doesn’t like this, so she sets out on an adventure to prove she and her sisters have what it takes to do things better than men. 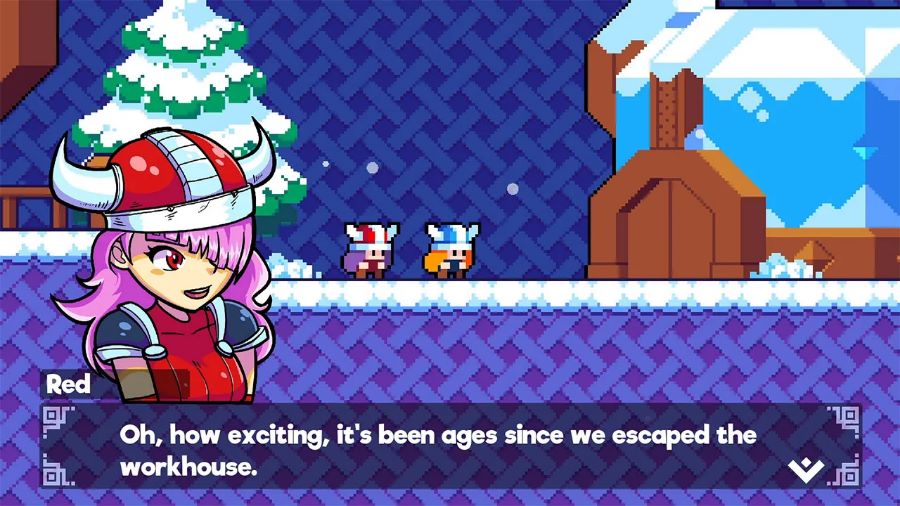 There are five difficulty settings for the game. While the team suggests that you play in Standard Mode – which offers the regular experience – there are also two lower difficulty settings and two higher ones. For Explorer, Assist Mode will be enabled. Casual allows you to take some extra hits before passing out, and health is replenished at checkpoints. If you play on Hard, it’s game over when you die. And then we have Cursed Mode, in which Evil Jack will mimic your moves during your journey.


You will control your character with the left analog stick or the D-Pad, jumping with the B button. You can wall jump by hugging a wall and then pressing the B button. When jumping, press down on the D-Pad or the left analog stick, and you’ll do a ground pound, which can be used to break blocks or defeat some enemies. Once you find the axe, you’ll get to swing it around with the Y button. The fun part is that you can then press the Y button again to have Jack launch herself toward the axe, and she can then jump again to reach new areas! On top of this, the axe can be used to damage enemies, cut through spiky vines, destroy crystal blocks, or activate switches. 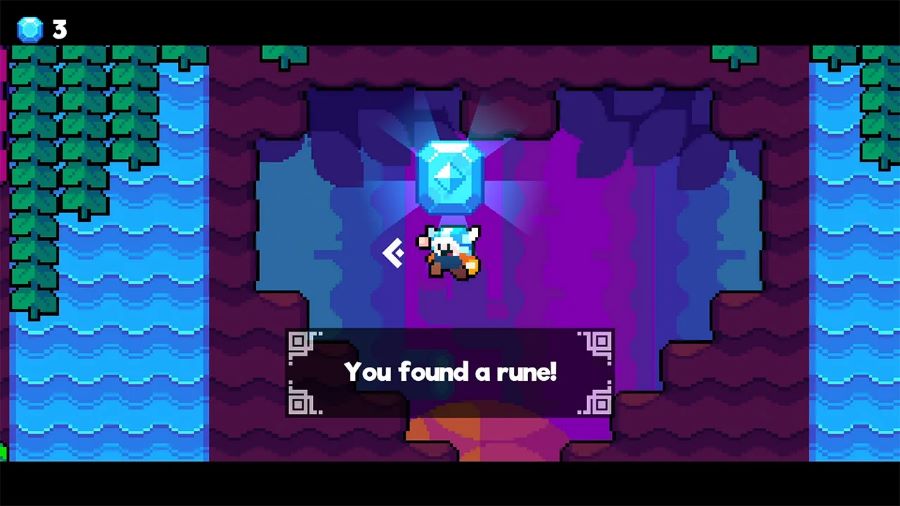 The gameplay loop will have you collecting as many crystal runes as possible in order to power the portal that will take you to the next area. While doing this, you’ll have to search high and low, go into sand pits, use the axe to complete some very tight and challenging platforming segments, use the axe to activate switches on moving platforms, use blocks to activate floor switches, and enter dungeons to find more crystal runes. For some of these dungeons, you’ll have to pay an entry fee.


This is why you’ll need to collect every coin you find along the way, either floating around, from defeating enemies, or from collecting crystal runes that turn grey after you collect them once since they’ll give you five coins right away. This is important because, while the game has a good checkpoint system that makes a temporary autosave whenever you change screens, you’re going to lose coins every time you die. Run into a tricky section inside of a dungeon, and you might run out of coins, so you’ll have to grind for a bit outside of the dungeon to recover them in case you still have a dungeon to unlock in that particular world. 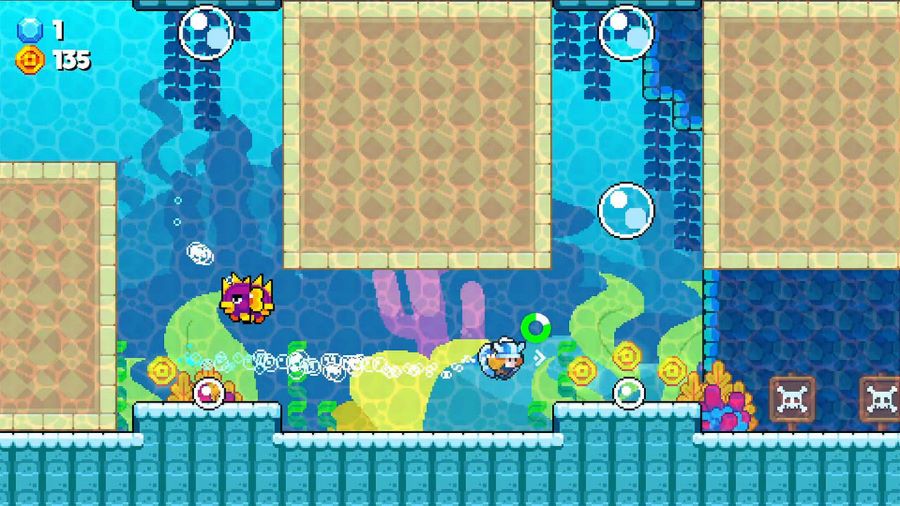 You’re going to run into a boss battle in each of the worlds you visit, and each one is going to feel a bit different. Every boss will have its own movement and attack patterns, and odds are that you’re going to die a lot since bosses tend to have different phases that will make small changes here and there. There’s a lot of trial and error for Jack Axe, both for bosses and for the regular enemies you’ll meet in each world since you’ll have to learn what they can and can’t do in order for you to stay alive.


For example, the first boss you fight will immediately come crashing down onto a crystal block what will make him dizzy. This is the game letting you know once the boss hits a block, you can hit it with your axe. After this, the boss will move around the top of the screen as it launches spheres at you, all while a block materializes out of nowhere, which is your cue to move on top of the block while avoiding the spheres so that when the boss is done, it starts to spin and crashes down onto the block. Mess this up, and you’ll die from one of the spheres or from the crystals that shoot out of the ground in waves if the boss spins and crashes onto the ground and not onto the block. Beat a boss, and you’ll be rewarded with a trio of crystal runes. 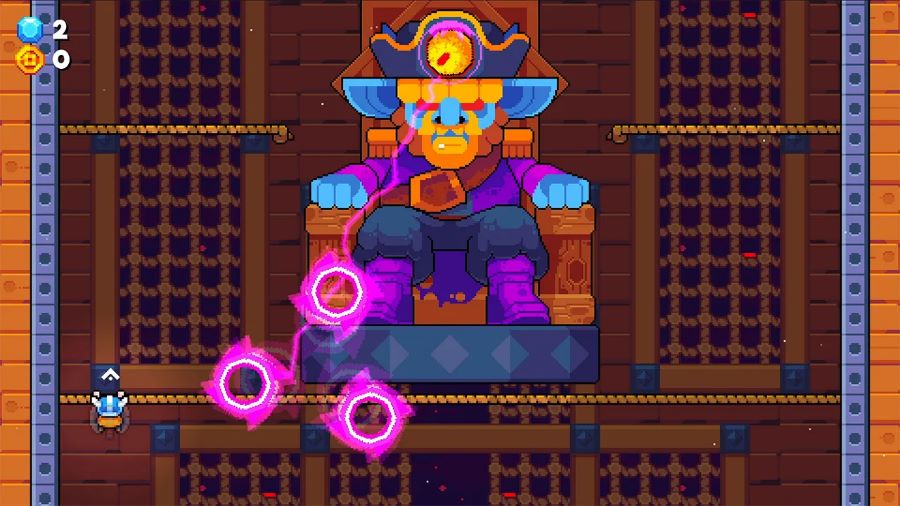 Jack Axe is a 2D action platforming adventure that you’re either going to love or hate. The difficulty ramps up at a steady pace, and unless you’re very good at this type of game, you’re going to end up dying… a lot. The good news is that, as mentioned before, Jack Axe offers five difficulty settings so that gamers of all skill levels can enjoy their time as they explore the six worlds that the game has to offer. Jack Axe is out now on Nintendo Switch with a $14.99 price. 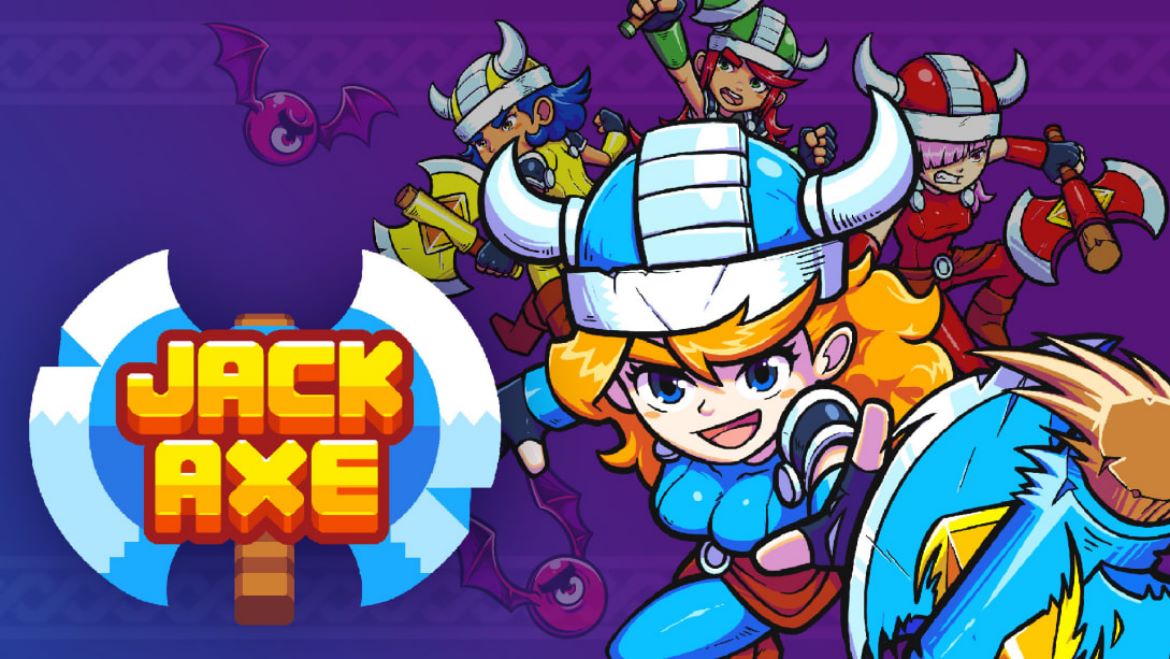 Disclaimer
This Jack Axe review is based on a Nintendo Switch copy provided by Neon Doctrine.