Garden Story from Picogram and Rose City Games is a charming and chill RPG in which you’ll have to save your community. Learn more in our Garden Story review!


Garden Story from Picogram and Rose City Games is a charming and chill RPG in which you’ll have to save your community. In the beginning, there was the Grove, a huge tree overflowing with Mana. Unfortunately, those times have now ended, and the Grove is no more. Oozing rot now creeps out of it, trying to cover everything on its path. Many tried to rise to the challenge of destroying the rot, with several Guardians giving it their all. The community grew as one, with several being new to combat. Unfortunately, things did not go as expected, and only two Guardians remained in the end. With the world in turmoil, it’s time for Concord, the youngest grape of Spring Hamlet, to give this whole Guardian thing a go. 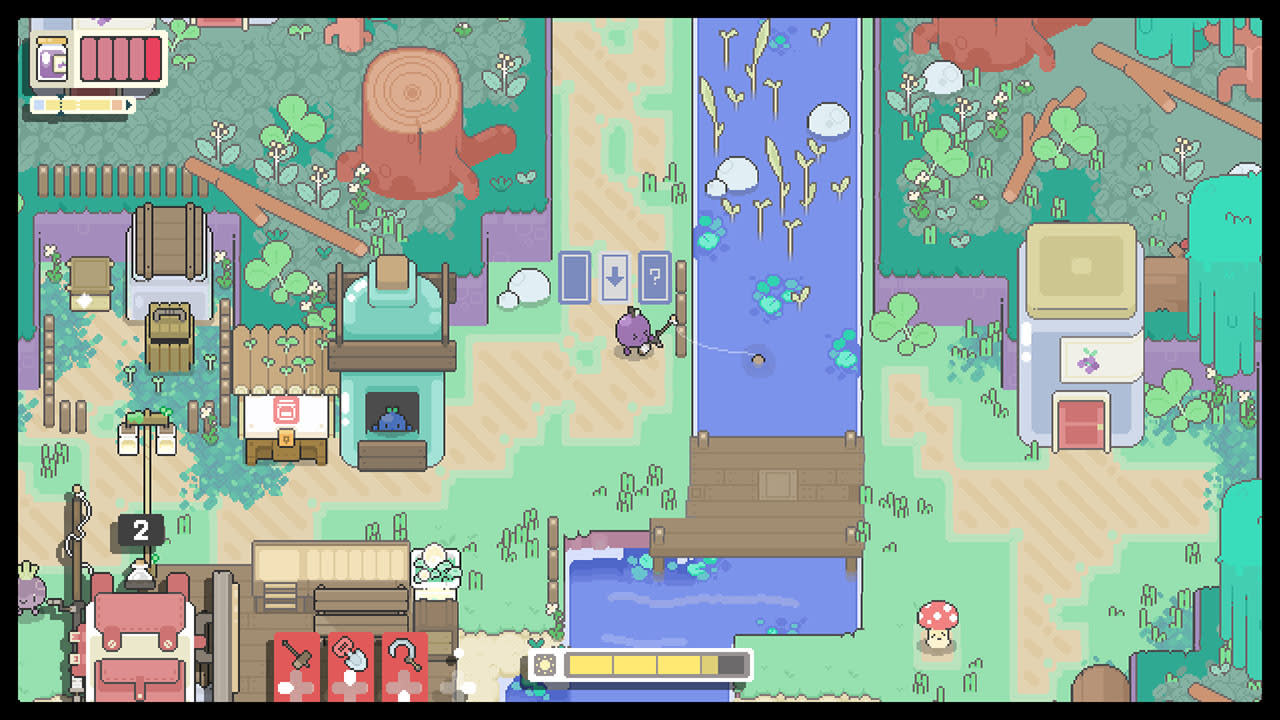 You’ll move your character with the left analog stick, rolling by pressing the ZR button or running by pressing and holding down the button. Concord can interact with items or characters with the A button. Any items you collect, such as the glass jar you get from the tool shed, can be equipped from your inventory. To access said inventory, just press the X button and browse each tab to check out which tools, jars, resources, and other items you’ve managed to get your hands on.


All of the basics will be presented to you during the initial tutorial segment, where you’ll have to inspect some vines that are in desperate need of some dew. Once you collect the jar from the tool shed and fill it up at the well, you’ll use said jar on the vines by pressing the ZL button to water them so that they start to recover… but they refuse to grow! Once you’re done with that, you’ll gain access to a map -which you can check with the L button – that you can use to automatically add each location you visit. 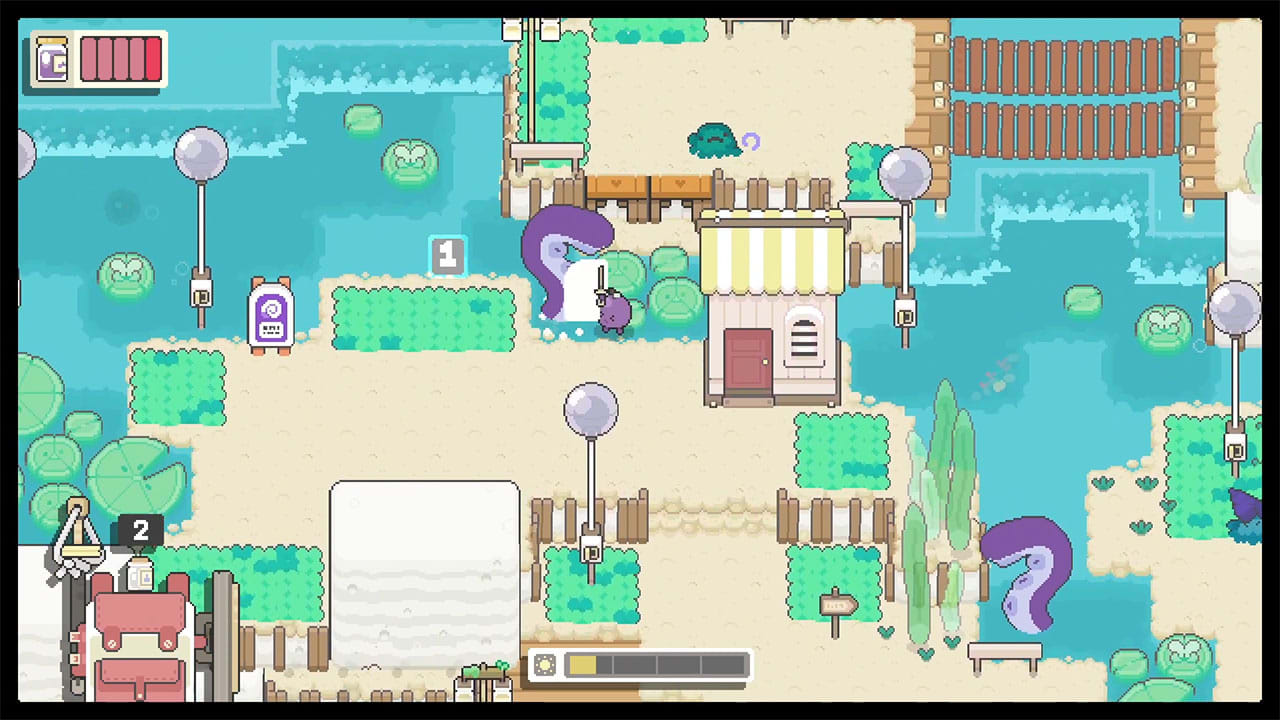 It won’t be long before you get a Pick, a tool that is now also known as a weapon because of the whole rot situation. In fact, on your way back to the Kindergarden, it will already be nighttime, and some small rot slimes will come out to play. Plum will watch over this first battle just to make sure that the slimes don’t overwhelm you. Once you press the Y button, you’ll swing the Pick to deal damage to your enemies. You can’t just press the Y button over and over again since each time you take a swing, some of your stamina will be used!


The Pick – and other tools you’ll obtain during your journey – can be used to procure some resources. You could use the Pick to slowly deal damage to a tree stump to get some twigs or branches. Swing it at a rock, and you’ll notice it deals no damage, which will clue you in to how you require a different type of tool for that particular job. Since your inventory space is finite, you should make good use of the storage boxes where you can drop everything you want so that you can go out and continue collecting more and more stuff for the village. 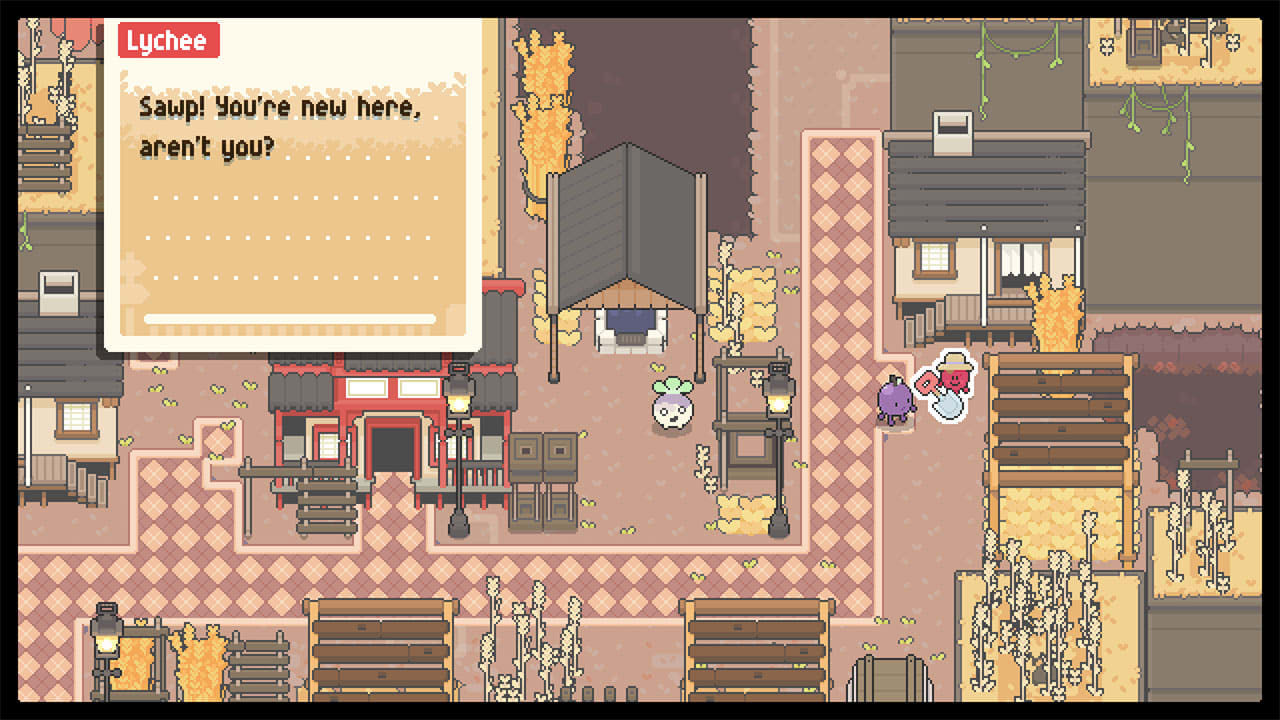 Concord has several stats for you to keep in mind for this adventure. Mind will affect the number of usable Memory Slots. This is important because Memory Slots are used to equip the memories of past Guardians to increase your stats. Health will affect Concord’s maximum health points. DMG Resist will make it possible to hold buffs for longer while also shedding debuffs at a faster pace. Run Speed, as expected, will affect how fast Concord can run. Hand Speed will affect Jar speed and the charge speed for tools. Max Stamina will affect the maximum stamina points, which are used for pretty much everything you do. Stm. Recharge will increase Concord’s recovery speed so that stamina is generated more quickly. And the last one is Luck, which will allow you to potentially get more, rarer resources!


As you grow as Guardian, you’ll be taking on Requests from the villagers. People always need help with this or that, and helping them will allow you the village to grow. Just check the bulletin board to review each of the available Requests to get an idea of what needs to be done, and then go for it! Each Request will have a color to it, as well as let you know how challenging it can be to complete, and this will dictate how much it affects each of the three stats for the village. Fix a bridge, collect some glass shards, or drop the required resources in the storage boxes and you’re set! 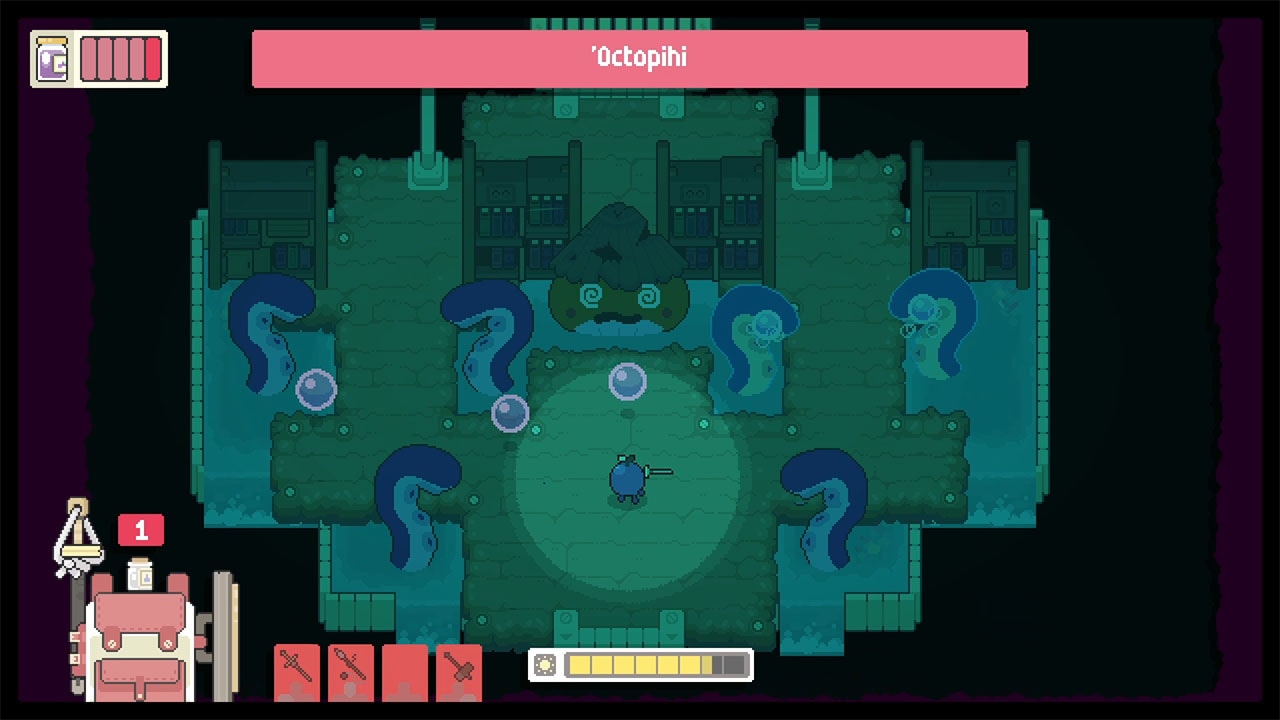 Garden Story is a charming and chill RPG that is perfect either for short burst of gaming or for you to spend a couple of hours at a time trying to complete as many Requests and help as many locations as possible. Add the dungeons that are different from the rest of the game, and how the difficulty never feels overwhelming, and you have a game that is easy to recommend on Nintendo’s console. Garden Story is out on Nintendo Switch with a $19.99 price. 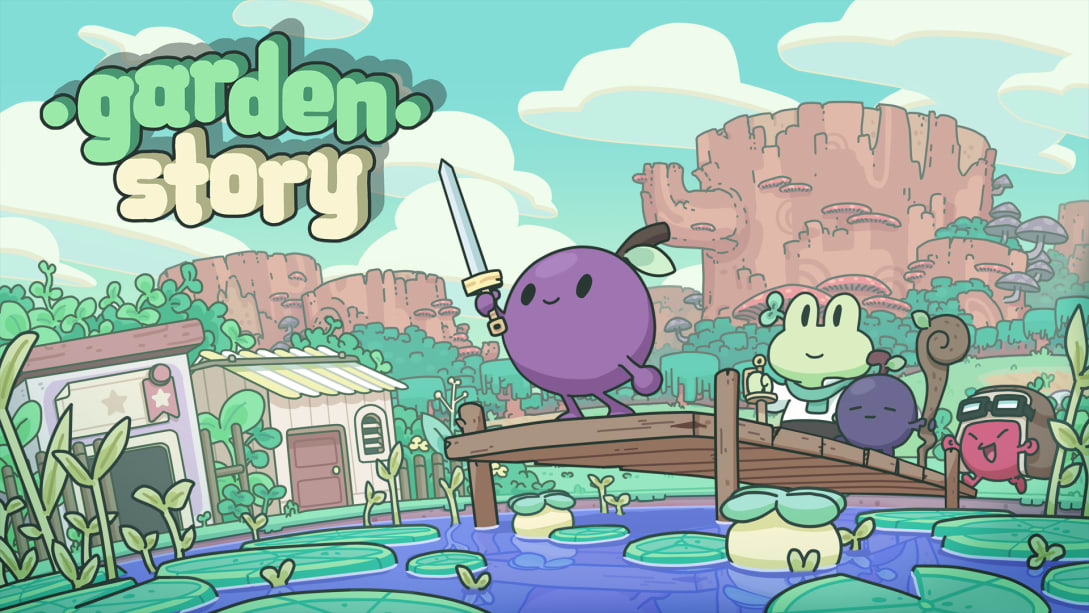 A charming and chill RPG

Disclaimer
This Garden Story is based on a Nintendo Switch copy provided by Rose City Games.

Faraday Protocol Quality Of Life Upgrade Out On Consoles