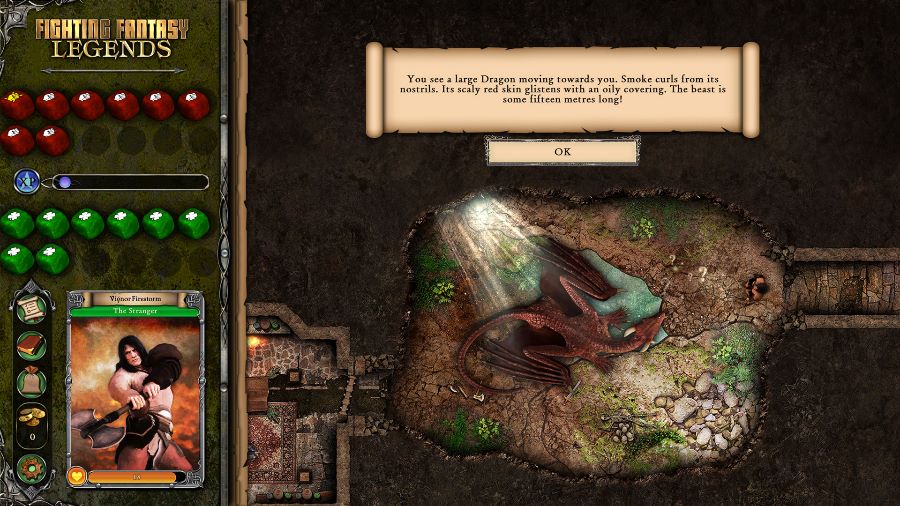 While there are three difficulty settings, only Adventurer is available from the start. You’ll have to earn your way towards unlocking the Hero and Legend difficulty settings to bump up the challenge. The first choice to make will be to pick between the three available heroes: a Barbarian, a Dwarf, or an Elf. While doing this, you can also pick its name from the randomized options at the top of the screen. Once that’s out of the way, you’re ready to customize your character based on your playing style.


You can select the values for Skill and Luck, with the minimum being six and the max being twelve. Skill will reflect your hero’s fighting expertise, while Luck, as expected, dictates how lucky said hero will be. Your hero’s health is shown as its initial maximum Stamina, which can go up or down based on how many unspent points you have after selecting your hero’s Skill and Luck stats. You could max out both your Skill and Luck stats while greatly lowering your hero’s Stamina to 12 points, which is risky but could be worth it if you play things right. 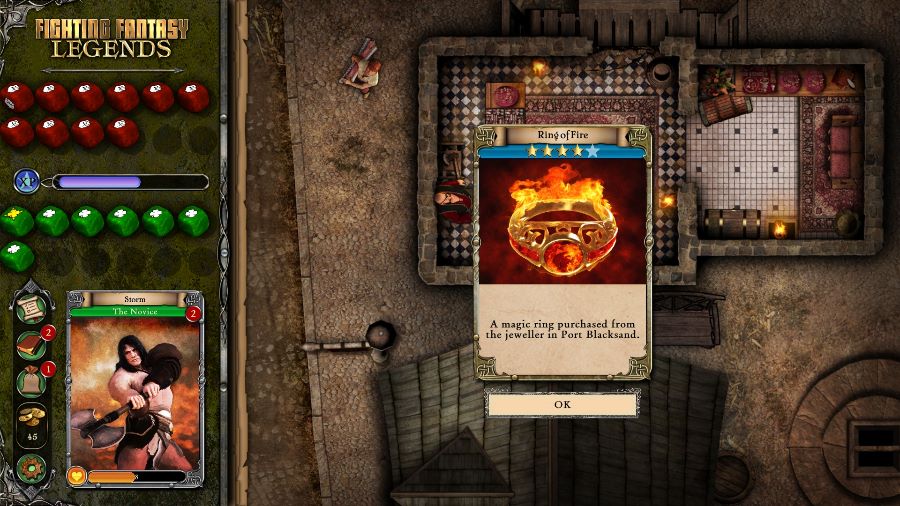 You can also pick one ability for your hero, such as having a small chance to automatically succeed at a Skill Test, not be affected by curses, lose less Stamina when a trap is triggered, have a small chance to automatically succeed at a Luck Test, gain extra experience points whenever XP is gained, or making it possible so that whenever you gain a Gold Piece, have an extra one added to your count. You could also activate Hardcore Hero Mode, which activates permadeath for your hero if it loses all Stamina.


This one has a setup that is similar to how Deathtrap Dungeon Trilogy did things, so you’ll be taking on each of the books in an experience in which the choices you make along the way will be the difference between life and death… literally! One wrong turn, and you could end up inside of a pit with no way out or run into an enemy that is too powerful to defeat with your remaining Stamina. You will make some mistakes, but as long as you learn from them and remember which choices lead down a bad story path, you’ll be able to progress further and further in each story. 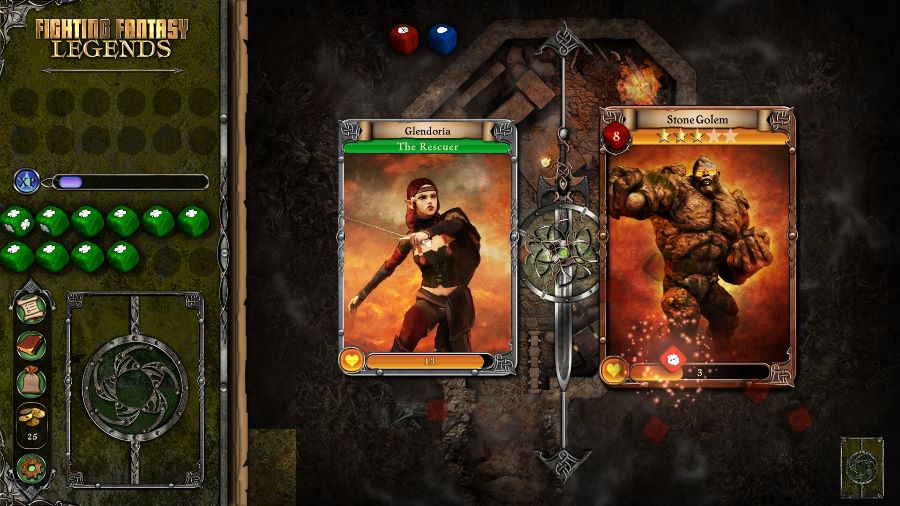 The game feels like a mix between the adventure books, a board game representation of each of the locations you’ll visit, a collectible card game, and dice-based combat, so there’s a lot to love about this one! Your dice can be leveled up as you gain experience points, improving their usefulness by increasing the odds of you getting a successful roll for Skill or Luck Tests. The equipment you find will also prove to be useful, so be sure to always check your inventory to be reminded of what you’ve managed to collect during your journey.


To change how each run fares for you – even after you know which path leads to what potential fate – Fighting Fantasy Legends will throw at you spots with questions marks that will force you to draw the top card from the deck of cards that the game has pre-shuffled at the start of your adventure. You could be lucky and draw a treasure card. You could have bad Luck and draw a trap card. Or perhaps you end up drawing a monster card that forces you to fight to the death. There’s also the possibility of another type of event showing up as a card, so you’ll never know what’s right around the corner. 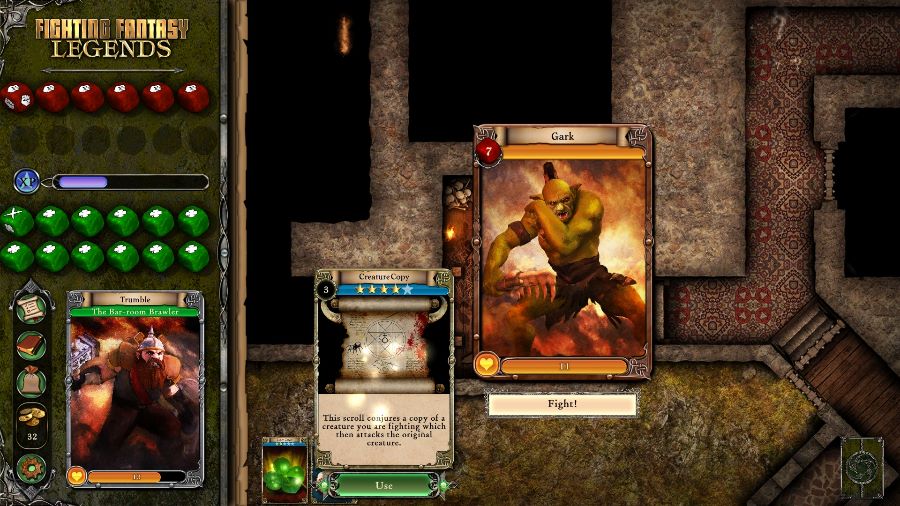 If you’re a fan of the Fighting Fantasy books, then you’re going to get a kick out of seeing them come to life on your TV screen or on the Nintendo Switch’s screen – which can also be used to control the game thanks to its touchscreen feature. Having played through Deathtrap Dungeon Trilogy, I was definitely up for more of this type of experience, so I was very happy to get a chance to review Fighting Fantasy Legends since it’s just what I needed. Fighting Fantasy Legends review is out on Nintendo Switch with a $9.99 price, and it’s an easy one to recommend. 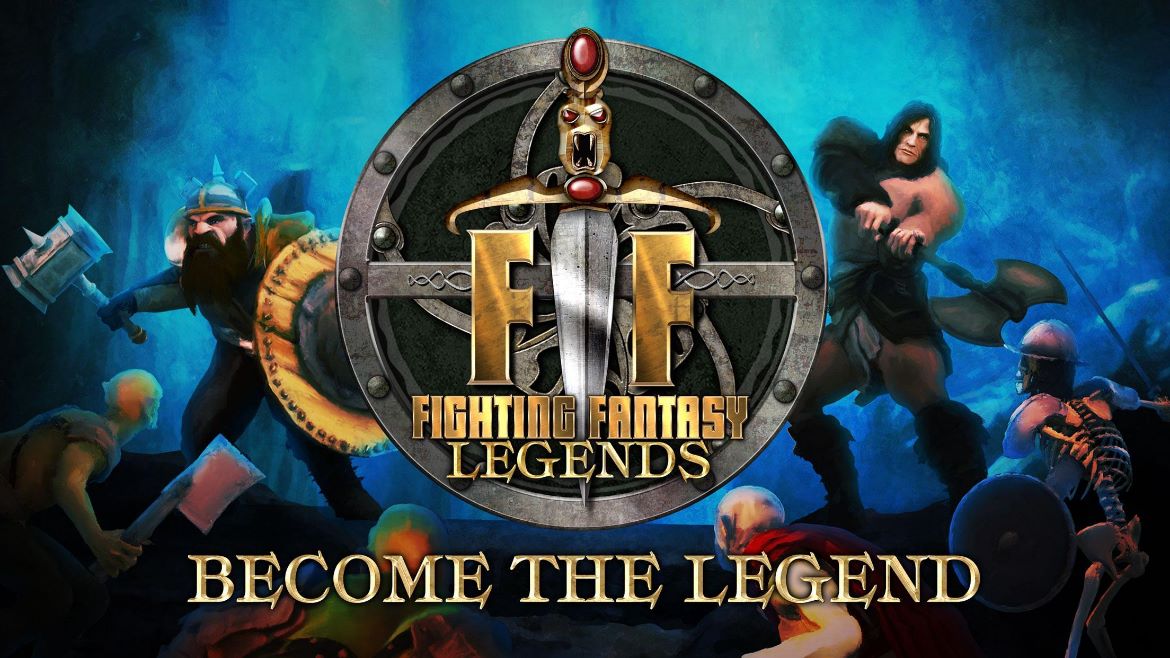 Disclaimer
This Fighting Fantasy Legends review is based on a Nintendo Switch copy provided by Nomad Games.

[Unboxing] Journey of the Broken Circle