BATS: Bloodsucker Anti-Terror Squad from The Media Indie Exchange, One Eyed Robot and Ritual Games is an over-the-top 2D action game. The setup for this is pretty interesting since it gives us a gory 2D Rated M for Mature based on a Saturday Morning Cartoon that never was. It reminded me at times of Happy Tree Friends, thanks to a couple of characters, and to what the team calls BloodEFX technology, which means it’s going to be a violent and pixeltastic experience on Nintendo Switch. 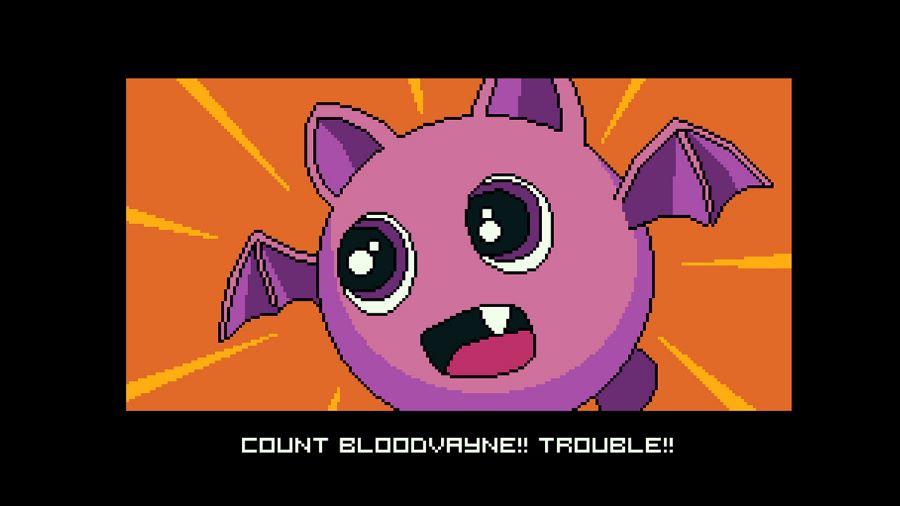 You’ll be playing as Count Bloodrayne, who must use his vampire powers to rescue his BATS teammates from the evil clutches of Scorpion Supreme and STING – the Syndicate for Terror and Illegal Non-Government, who has been voted the world’s #1 terrorist organization. The game has five levels to work your way through, five characters to unlock, a Speedrun Mode in which you’ll be trying to complete each stage as fast as possible, and you’ll even unlock the always classic Boss Rush Mode, for which you’ll have to take on all of the game’s bosses in one go. 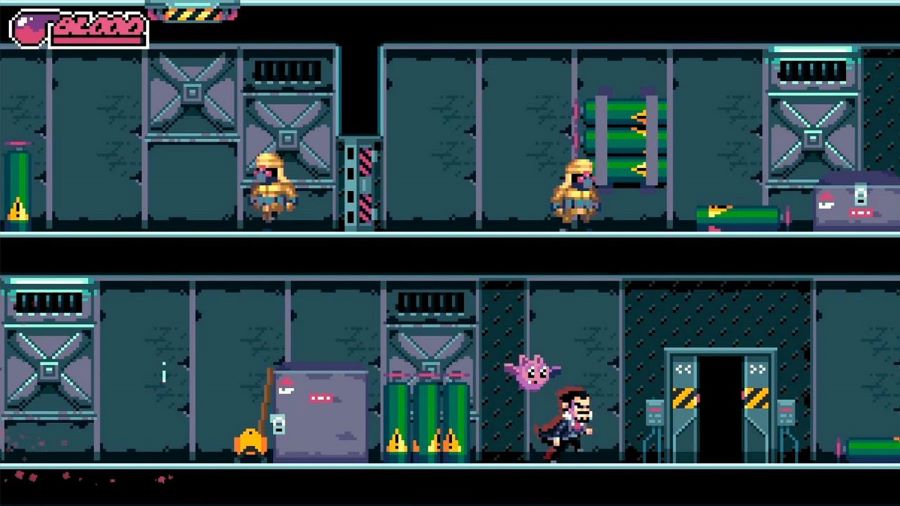 The controls are simple and to the point since you’ll be moving around each level with the D-Pad or the left analog stick, jumping with the B button. If you press and hold down the B button, you’ll do a super jump, which will allow you to burst through some ceilings. Press down on the left analog stick or the D-Pad and the B button, and you’ll destroy some sections of the floor. Your character can attack with the Y button and try to evade enemy attacks with the A button. And if you’re ever feeling overwhelmed and need to take a moment, just pause the action with the + button. Since all members of BATS are, well, bloodsucking creatures, they will absorb the blood of the enemies you defeat. Do this enough, and you’ll fill up the gauge on the upper left corner of the screen, which will allow you to go into Super Vampire Mode. 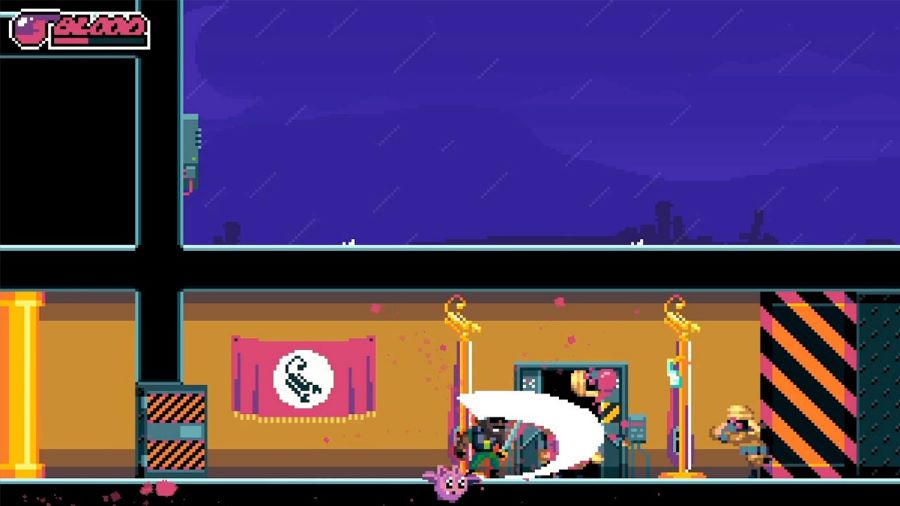 As you complete each level and defeat the boss at the end, you’ll get to pick which one of the BATS members you’re going to release. Since each one has a special Vamp Power, who you pick to release – and who you select to take on the next level – will change how you approach things. For example, Count Bloodrayne has a special attack you can activate by pressing down on the D-Pad and the attack button, which will turn him into a wolf for a second as he tears the head from his opponent. When the blood gauge is full, he will transform into a wolf for a short period of time. If you rescue Mitzie and select to play the next stage as her, you’ll gain access to her Dive Bomb, which is activated by jumping and then jumping again. 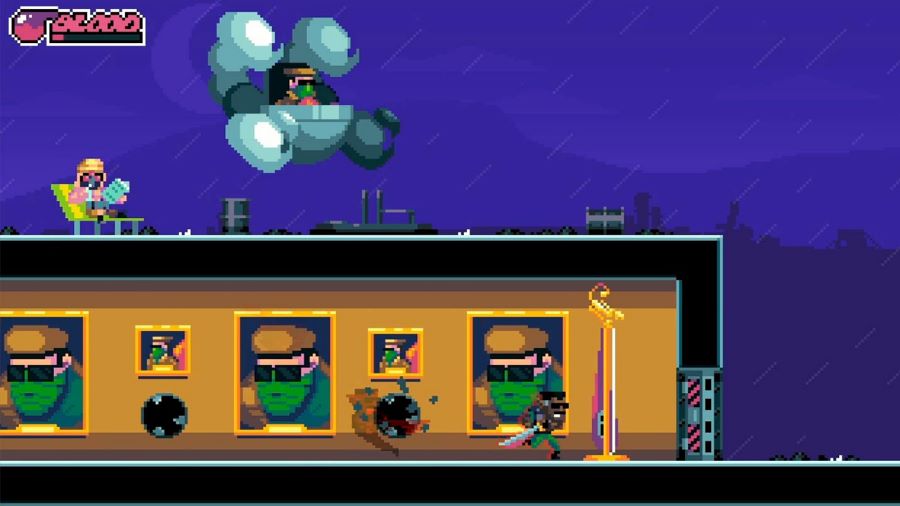 When you take on the first stage, you’ll only have to worry about defeating enemies, breaking walls and floors, and destroying computer terminals to open special doors so that you can get to the first boss. But from the second stage and on, you’re going to have to an increase in spikes that pop out of the floor, deadly buzzsaws that spin over the walls and ceilings, and other hazards that can kill your character if you don’t have enough blood to take the hit, or if you don’t have your pink, round bat companion to take the hit for you.


BATS: Bloodsucker Anti-Terror Squad is a fun retro-styled 2D action game that is based on a Saturday Morning Cartoon that never existed. It pays homage to the classics from a long-gone era, as you try to save all of the members of the BATS team to bring down the evil STING organization. BATS: Bloodsucker Anti-Terror Squad is out on Nintendo Switch with a $9.99 asking price. 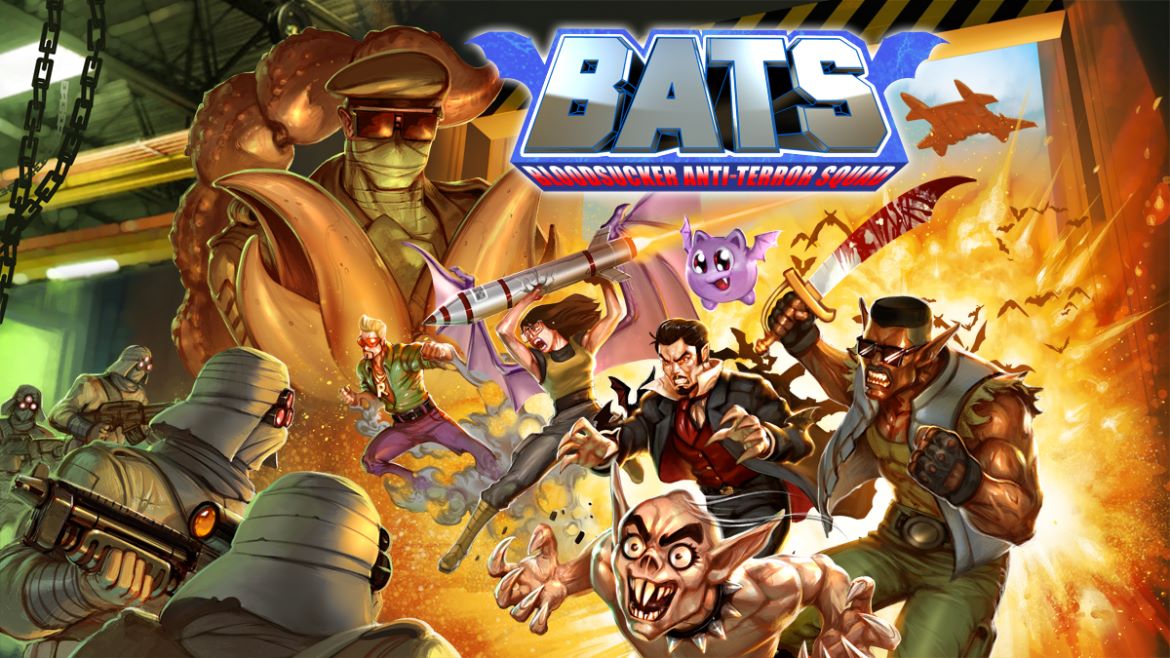 Disclaimer
This BATS: Bloodsucker Anti-Terror Squad review is based on a Nintendo Switch copy provided by The Media Indie Exchange.

[PlayStation 5] Mastho Is Together Review

Taito Milestones On Its Way Digitally and Physically