In the Tako Kingdom deep under the sea, soup is the only mundane meal everybody eats. But Princess Takorita is deeply dissatisfied with this, and she demands a tasty new dish to spice up her life.

In One-Eyed Lee and the Dinner Party from DarkShibiShadow and Ratalaika Games, the story starts as Beracus – who’s trying to find a way to cure the people of his village – and Lee – his friend who happens to have said weird condition – as they stand in front of a door. There is a rumor about a place that could lead them to find a cure for the village. Once they manage to get in, in front of a huge flight of stairs going down, they step on something that closes the door behind them, which means they end up locked in an underground bunker! 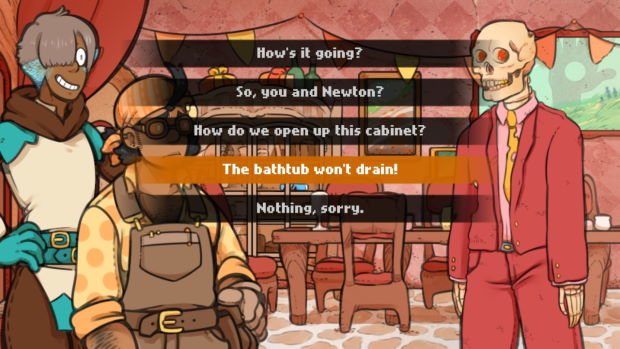 Once there, realizing that they can’t get out the way they came in, they decide to explore for a way out… and then they come face to face with a skeleton family enjoying a dinner party! The skeletons think you were chosen for the New World, a prophecy they believe will make them the rulers of this world once the Old World has been wiped out. Since they are hospitable, and since you don’t have a choice, you decide to stay with them to try and learn about a way to escape.


In terms of gameplay, this is a visual novel point and click adventure game. There is obviously lots of dialogue in One-Eyed Lee and the Dinner Party, and you’ll find clues and items as you explore the bunker and talk to each of the family members, as well as to their butler. You sometimes get some choices to make during a conversation, which could end up affecting how the story evolves and what ending you can get.

When you’re in any of the rooms, you’ll be able to drag a cursor around, selecting objects in the scene or characters to talk to them. You’ll have some puzzles to solve, but they are all relatively simple if you take the time to interact with everything. You’ll also see arrows on the four sides of the screen that allow you to move around the bunker’s different rooms. You can also open a map of the place with the Square button and simply select the room to which you want to travel. 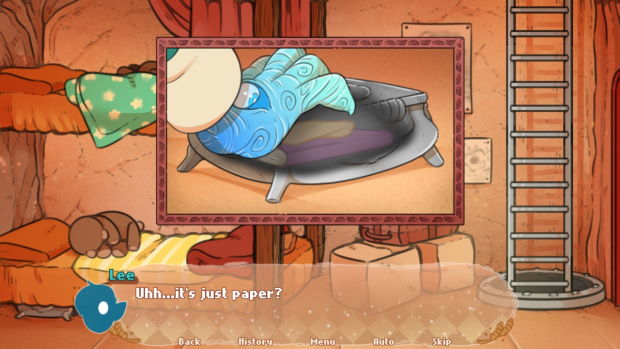 Visually, the game features some colorful art style with some nice detailed scenes that didn’t necessarily throw every interactable object in your face. Some of them were so well hidden that I had to take my time looking around and dragging the cursor in some subtle spots.

My time with the game was a bit short, but the fun was there the whole time. The story is light and twisted, so it was fun to start from something that was an escape attempt and see it evolve into this whole cult thing, as I found more about the relationships between the family members and the butler. As I mentioned before, the puzzles were relatively simple, so I never hit a moment where the fun diminished because I was stuck trying to find my next move.


As for the trophies, there are three trophies for the three different endings the game offers. Other than that, pretty much everything is missable, but the descriptions give you some hints as to what you have to do to unlock them. If you manage to get everything and do it twice since the game is Cross-Buy on PlayStation 4 and PlayStation 5, you’ll end up with two additional Platinum trophies for your collection. 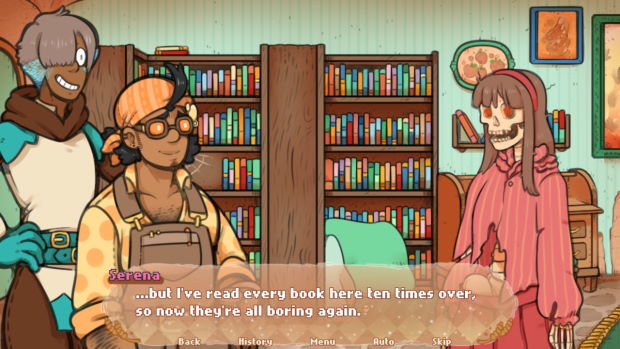 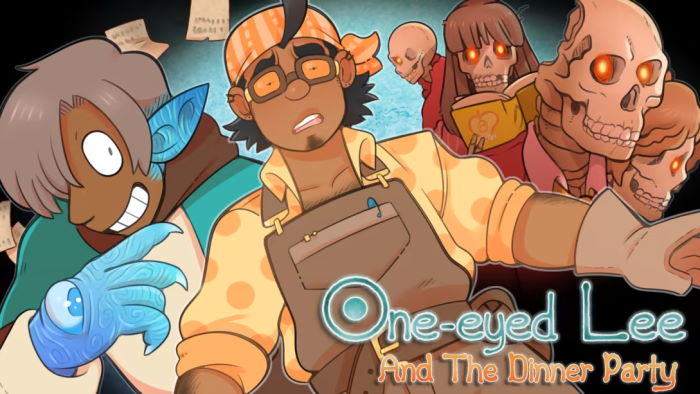 Disclaimer
This One-Eyed Lee and the Dinner Party review is based on a PlayStation copy provided by Ratalaika Games.