We had a lot of fun with Axiom Verge and its sequel, so I got in touch with indie Tom Happ to talk a bit about the many physical goodies now up for pre-order from Limited Run Games. Come check it out!

PS4Blog: Hi Tom! Thank you for joining us today. Could you please help us get started by telling our readers a bit about yourself and your work? 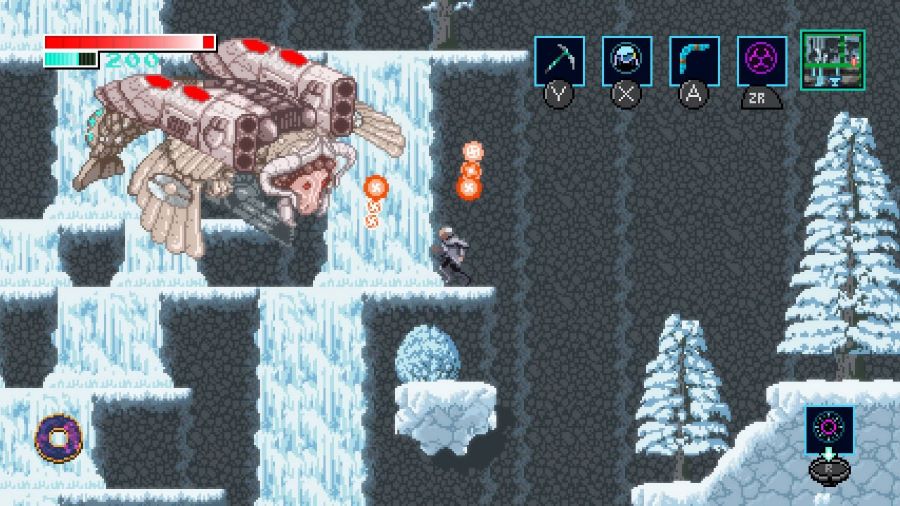 PS4B: We greatly enjoyed Axiom Verge, as well as its highly-anticipated sequel that surprise dropped like an early Christmas gift. On that note, after getting the Nintendo Wii U physical release for Axiom Verge, I’m very much ready for the pre-orders for all of the cool physical games and stuff for the Axiomverse. What will you be working on with Limited Run Games for Axiom Verge and Axiom Verge 2? 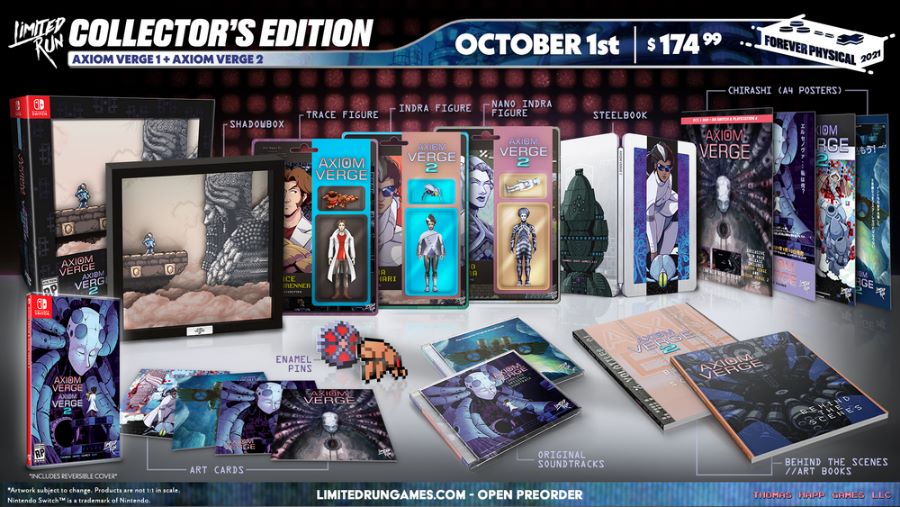 PS4B: What can we expect to find in the Behind the Scenes/Art Book for each game? What’s the page count being considered for each one?

It’s still in progress, so I don’t know too much myself. Jeremy Parish did a long interview with me a while back, and that’s going to be incorporated in there. There’s going to be essays from various journalists – I think Jonathan Holmes is one of them. I gave Limited Run Games every single piece of game art and concept art I could find for Axiom Verge and Axiom Verge 2, including a lot of stuff that never made the cut for Axiom Verge 2. They estimated roughly 40 pages for each one. 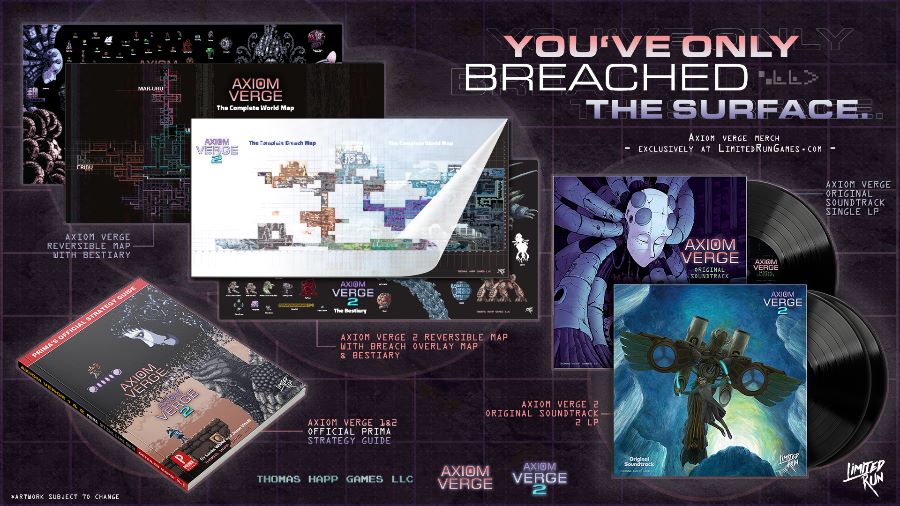 PS4B: It’s interesting that we’ll be getting a physical Prima Official Strategy Game for both games. What drew you to pursue this particular endeavor?

Well, we were looking at doing strategy guides with someone else, and when we mentioned this to Limited Run Games, they explained they already had a relationship with Prima, which, when you think about it, makes total sense. Back in the day, there was a physical Prima guide for every major game, and since Axiom Verge has always been “all in” with the retro feels, it felt like the most appropriate way to go. One of my quirks when designing Axiom Verge 2 was I kept on thinking how the game would look as a printed map and strategy guide, and this affected my level design and eventually resulted in the inclusion of the in-game screenshot map. So hopefully, this makes the Axiom Verge 2 part of the guide extra neat to leaf through. 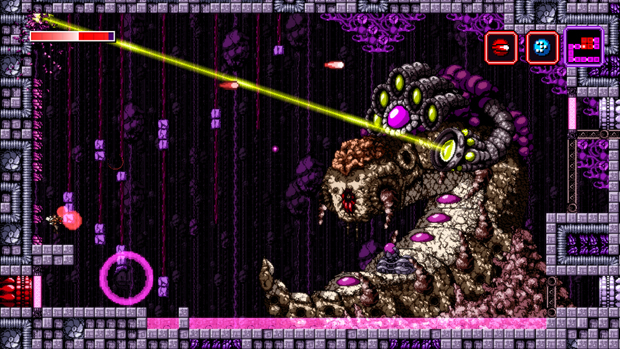 If you look at the Axiom Verge 2 Nintendo Switch and Vinyl cover art (with Indra jumping while holding two glowing swords!) – that’s by Naoyuki Kato, the same guy who made the awesome Guardian Legend art for the Famicom. And Jeremy Parish, the renowned Metroidvania guru, put together the whole set, designing a lot of the covers himself. He doesn’t like to advertise this, but he is a legend in his own right!