[PS4] Rainbow Billy: The Curse of The Leviathan Review


Rainbow Billy: The Curse of The Leviathan from ManaVoid Entertainment and Skybound Games is a colorful RPG in which all of the color in the world has been stolen. The game was first taken to Kickstarter back in 2018 as Steamboat Billy and the Curse of the Leviathan, which is why when you see the game’s trailer and the different screens in this Rainbow Billy: The Curse of the Leviathan review, you’ll get a Paper Mario meets Cuphead sort of vibe from the game’s art style and gameplay mechanics. Thanks to the support of more than 1,700 backers, the team managed to surpass its initial $65,000 CAD goal, reaching almost $90,000 CAD in funding once the campaign was over.

You might be wondering who has stolen the color of the World of Imagination, and the answer is an easy one: the titular Leviathan! He’s angry because you’ve disturbed his sleep – even after he warned you about it – so he’s now cursed the world by erasing all color from the world, turning it all into a black and white land. You barely manage to escape by boarding the Friend-Ship, using the last remaining areas with color to refuel the Rainbow Engine so that you can find a way to reverse the curse. 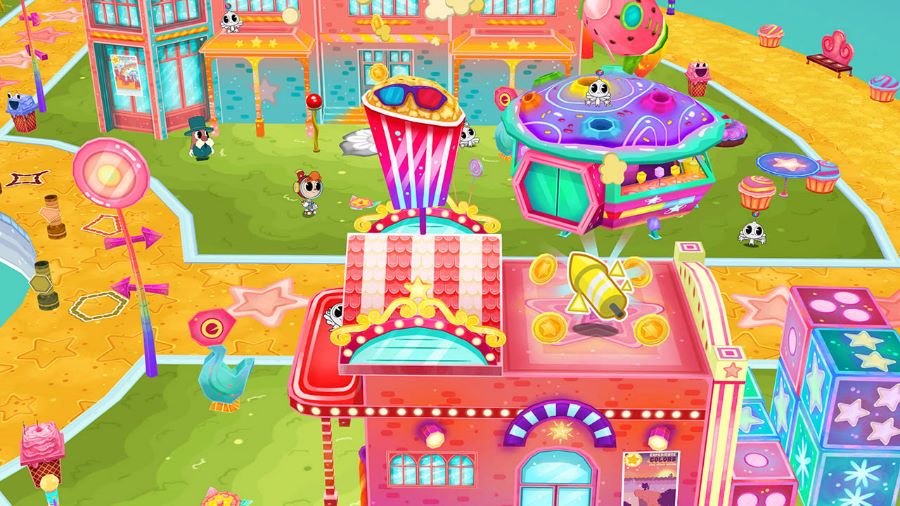 Once you find a small island that is far from the monochrome storm, that’s when your journey will begin. You’ll find Gyro, one of the many creatures you can befriend. It’s on this small island that you’ll also find Rodrigo, a talking Punching Rod who has not been affected by the monochrome storm. Since Billy’s heart is still full of color, he will team up with Rodrigo to bring back the color needed to save the World of Imagination. You must track down the Color Cores to be able to restore everyone’s heart and stop the Leviathan for good.


When exploring, you’ll move Billy around with the left analog stick, jumping, double jumping, and triple jumping with the X button, rolling with the Square button, and interacting with objects or other characters by pressing the Triangle button. Once you start to work alongside Rodrigo, you’ll be able to press the Circle button to spin or to punch when near some objects. Punch some barrels, and you’ll be rewarded with coins! You will unlock more abilities for Rodrigo as you progress through the adventure, which will allow you to backtrack to previous areas to find new items and friends.

Your first task after talking to Scissow will be to find the missing Rainbow Sparklers for the fireworks. There are twelve of them around the area. Your instinct might lead you to search behind all buildings or inside of the trash bins, but that’s not what you need to do! By talking to other characters, you’ll learn that most of the missing Rainbow Sparklers are actually on top of the buildings! You’ll be able to reach most of them by jumping on boxes to reach each rooftop, but a handful of them will require you to interact with switches so that you can activate platforms or raise the roof of a building or two so that you can jump high enough to grab the missing items. Who knows, you might even need to fish one of them out of the water! 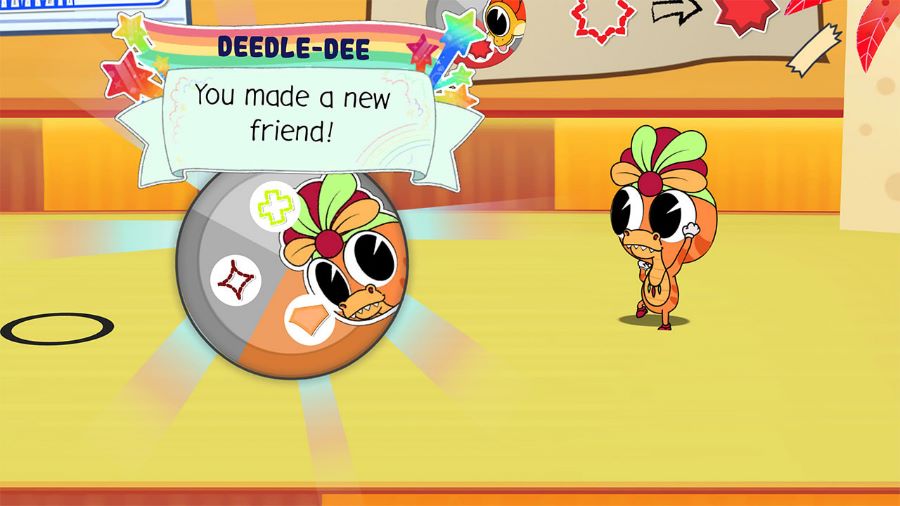 Your diary will contain a small map of the general area you’re taking on, a list of objectives, and how many coins you’ve collected. And as you explore each location, the characters you meet will be added to your diary. The first one will, of course, be Billy himself. Each character will have a short blurb about them, so you’ll learn more about Billy, Scissow, Druss, Candle Mary, and everyone else! There will also be a Keepsakes section where all the items you’ve found so far will be located.


Battles in Rainbow Billy: The Curse of the Leviathan are certainly different. You will need to talk to and listen to everyone you meet so that you can better understand what their true colors are. Once you know this, you’ll use the help of the friends you’ve made along the way to bring some color back into their lives! You’ll have to complete some mini-games for this, which aren’t that hard to do. The more friends you have by your side, the more new friends you’ll be able to join forces with along the way! Do be careful because if you’re not fast enough, you will lose some of Billy’s Morale with every attack he receives.

You can increase your friendship level with all of the friends you meet by giving them gummies. The higher your friendship level with each one of them, the more abilities they will be able to provide during battles! As their heart’s colors return, you’ll be able to use more colors in battle, and some of them might have special skills that can prove to be extra useful! Sometimes your friends will want gifts along with gummies, so be sure to pay attention to their requests and personalities so that you can figure out what they like. You can collect gummies and gifts during fishing mini-games, but you can also spend the coins you’ve collected at Shopkeep’s store! 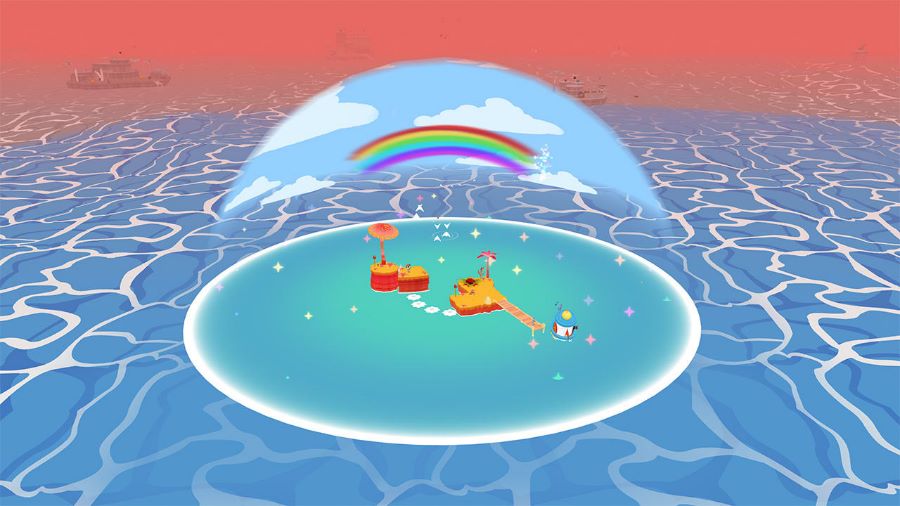 In each new location you find, you might end up finding little sprites that are known as Thoughts. They’re made of pure curiosity and creativity, which is why their power fills up the World of Imagination with life and fun. Unfortunately, the curse of the Leviathan has removed their color! You can’t recolor them the normal way by talking to them and listening to what they have to say, so you’ll have to bring them back to Friend-Ship and use the Think-Tank computer to use its processing power to receive some upgrades by concerting Thoughts into Positive Thoughts.


There are also some accessibility options so that more people can get a chance to enjoy the game. You can adjust the difficulty between Easy, Medium, and Hard for an easier journey. You can also adjust the difficulty of the confrontation mini-games. You can change the font type between the regular one, Open Dyslexic, or Sans Serif, activate or deactivate text animations. There’s even the option of increasing the dialogue text size and changing the speed at which dialogue scrolls!

Trophy-wise, Rainbow Billy: The Curse of the Leviathan has a full trophy list with a Platinum trophy, split into 27 Bronze trophies, 8 Silver trophies, and 3 Gold trophies. There are trophies for progressing through the game’s story, but there’s a bunch of trophies related to increasing your relationship with all of the different friends that will join you along the way, so you’re going to have to find a lot of gifts and as many gummies as possible! You will also need to have 500 coins on you at once for one trophy, climb to the highest point in each area of the world, destroy 25 objects with Rodrigo’s punch, collect all Thought upgrades, and more. 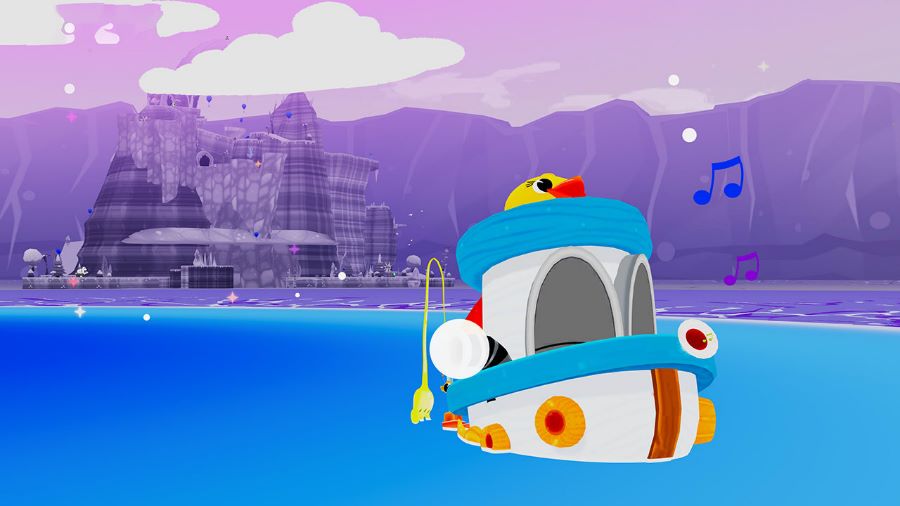 Rainbow Billy: The Curse of The Leviathan is a very chill RPG that reminded me of the Paper Mario series with a dash of Cuphead given its old-school cartoon art style. You’re going to take on battles that have you talking to your opponents to find more about the colors of their hearts so that you can use your friends to remove the monochrome curse from them as you try to find the Color Cores needed to bring all color back to the World of Imagination. Rainbow Billy: The Curse of The Leviathan is out on PlayStation 4 with a $29.99, and it’s one you should definitely check out on Sony’s console. 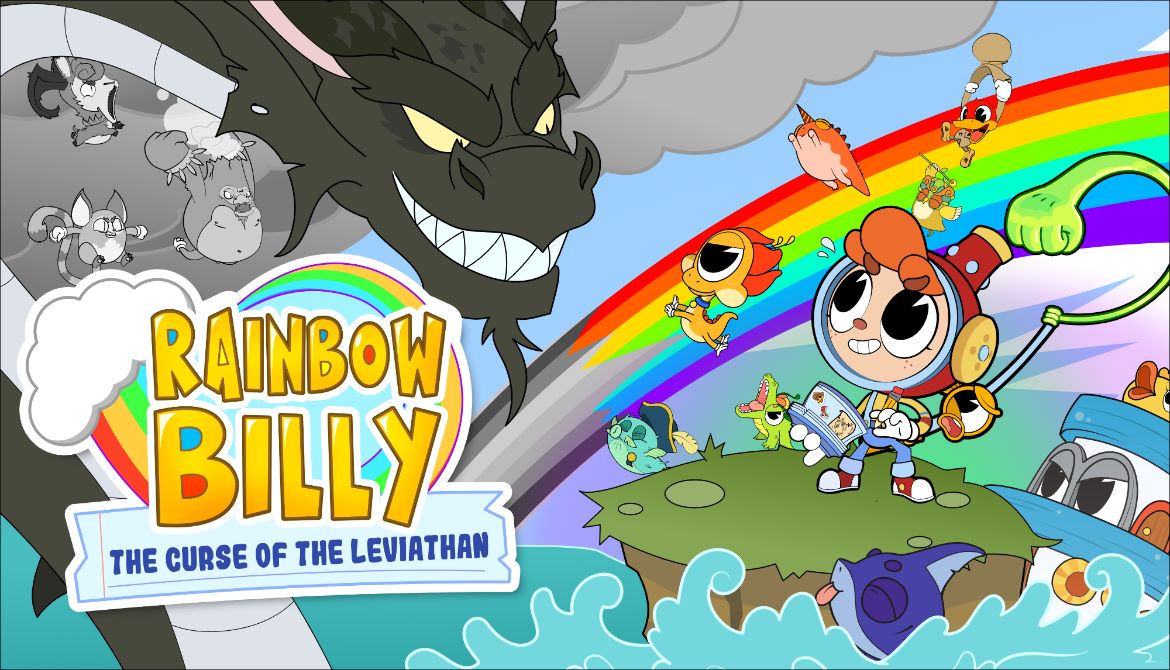 Rainbow Billy: The Curse of The Leviathan Review

Game title : Rainbow Billy: The Curse of The Leviathan

Disclaimer
This Rainbow Billy: The Curse of The Leviathan review is based on a PlayStation 4 copy provided by Skybound Games.

Stilstand Out Next Month On Nintendo Switch