After giving us Poker Pretty Girls Battle: Fantasy World Edition on PlayStation, eastasiasoft and ZOO Corporation are back with Poker Pretty Girls Battle: Texas Hold ’em. As was the case for the previous game, you’re going to take on a new poker experience on PlayStation. It’s a casual take on the beloved classic card game. If you’re new to this, each player is dealt two cards face down. After this, players place bets to try to outsmart their opponents by getting the best hand possible. And just like the previous game, for this one you can expect a bit of fan service on the side. 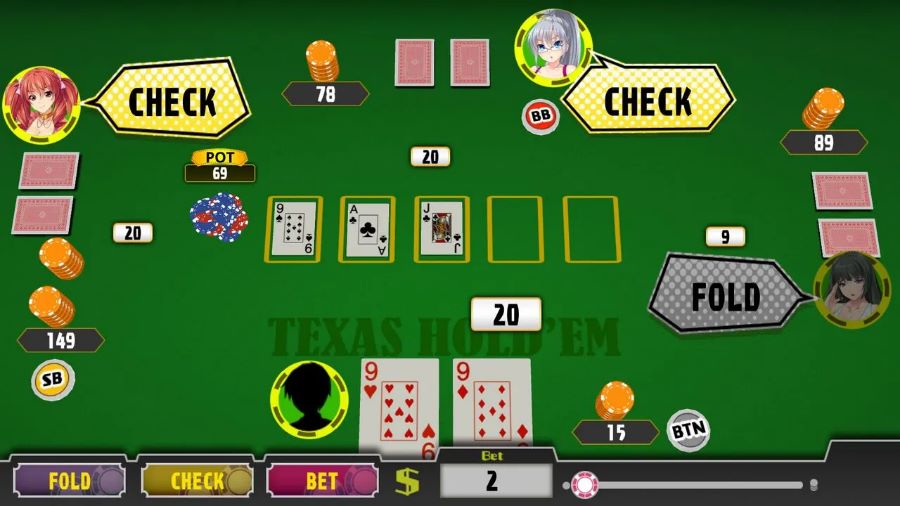 A dealer button rotates in a clockwise manner to signal which player is acting as the dealer. The player to the left of the dealer places a bet called the small blind, with the next player placing a bet called a big blind, which is twice the amount of the small blind. Once a round of betting takes place based on the two cards in each player’s hand, it’s time for the flop. This places three cards in the center of the table, which are now common to all players. After another round of betting, a fourth card it flipped, which is known as the turn. Another round of betting takes place, and then the fifth and final card is presented, which is known as the river. After one final round of betting, it’s time to see which player has the best hand. 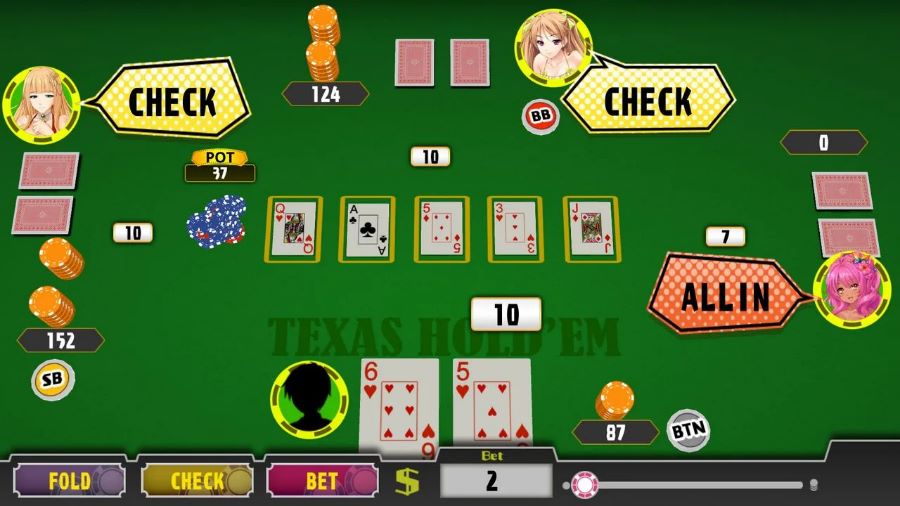 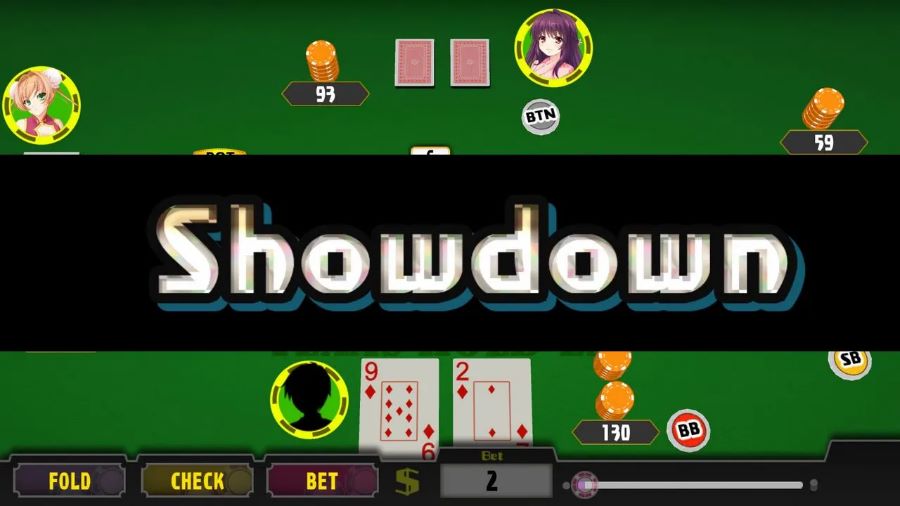 Trophy-wise, Poker Pretty Girls Battle: Texas Hold ’em has a full trophy list, and it’s one that shouldn’t take you more than an hour to complete so that you can have a new Platinum trophy in your collection. The trophies will pop as you play 5, 10, and 15 games, that you win one, two, and three games, and that you play at least one hand against Arisu, Miku, Tera, Marika, Hilda, Yuri, and Ayumi. Since you need to beat the first set of girls to unlock the next group, you’re going to have to at least play a full game against them as you aim to get that new Platinum.

Disclaimer
This Poker Pretty Girls Battle: Texas Hold ’em review is based on a PlayStation 4 copy provided by eastasiasoft.