Phoenix Point: Behemot Edition from Snapshot Games, Saber Minsk, and Prime Matter is a hardcore tactical strategy game on PlayStation 4. Snapshop first took Phoenix Point to Fig, with a main goal of half a million dollars. Once the crowdfunding campaign was over, thanks to the support of more than 10,000 backers – and the extra funding provided by way of Fig Funds from Fig Games Shares invested during the campaign – it ended up with a very respectable $765,948 inf total funding. After a release on steam back in 2020, the game has now found its way to Sony’s console as Phoenix Point: Behemot Edition. This is a game from the original creator of the beloved X-COM series, so you can know what to expect when you dive in.

Phoenix Point: Behemoth Edition offers you the complete experience up to this point. Why? Because your purchase on PS4 includes the main game, along with four major DLC packs: Blood and Titanium, Legacy of the Ancients, Festering Skies, as well as the new Corrupted Horizons. Each of these DLC packs will add new story missions, maps, weapon packs, upgrades, and more. You can select to activate or deactivate each DLC pack when you start your journey with Phoenix Point: Behemoth Edition.


Phoenix Point: Behemoth Edition features the classic but always useful “you must defend Earth against invading alien forces” setup. This time around, it’s the Pandorans who have invaded. As part of the Phoenix Project, a secret organization with the best minds and soldiers on the planet can stop the invasion before it’s too late. You won’t be alone in this fight, since alongside the soldiers you’ll direct, there are also factions that you can ally yourself with – such as New Jericho or the Synedrion – to eradicate the Pandorans.

You can play the game in one of four difficulty settings: Rookie, Veteran, Hero, and Legend. Rookie will considerably lower the challenge, making it a good option for those new to the tactical genre. Veteran offers the standard experience, just like the dev team wanted it. Hero is for gamers who want a more challenging experience, in which every mistake made will cost you. And then there’s Legend, which presents the ultimate test for your strategic and tactical abilities, so you better be ready! 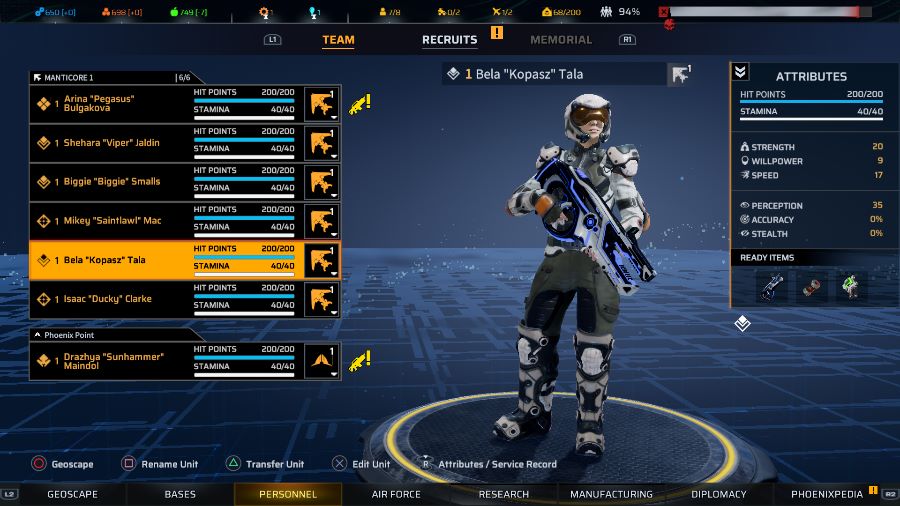 When in battle, you will move the movement marker with the left analog stick as you rotate the camera with the right analog stick and zoom in and out of the action by pressing up and down on the D-Pad. The X button will be for confirming your choice as you move each unit around the battlefield. You can switch between soldiers with the L1 and R1 buttons, which will also be used for changing targets when attacking. You can shoot at enemies with the R2 button, but be sure to first take a look at your hit percentage so that you have a better idea of if it’s worth it or not.


You have four actions points for moving, attacking, or using any of your abilities. If you want to move over a long distance but spot an enemy, your movement will be interrupted so that you’re not put in a vulnerable position. This won’t end your turn, but it will allow you to rethink your strategy since you’ll be able to take out your weapon and attack your opponents. During your attack phase, you can press the L2 button to enter Free Aim Mode. When in Free Aim Mode, you can target an enemy from your soldier’s point of view, allowing you to target different body parts to disable enemies so that they can’t move or use some of their abilities.

You will need to make the most of low and high cover as you move through each level so that you can increase your soldiers’ defense stats while also lowering the chance of your enemies landing a full-on attack on them. Locating items while out on the battlefield could also save you since you never know when you’ll find a medkit that can heal the wounds of one of your soldiers. You could also find weapons and ammo, so be sure to check every corner of the map – and search low and high! – to find what you need. 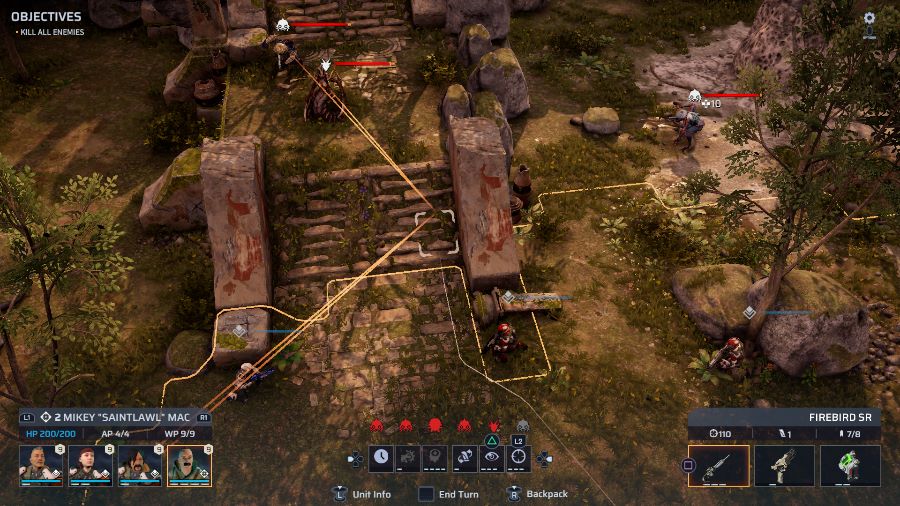 Defeating all of the enemies you can see does not mean there aren’t more enemies hiding from your view. You could also have to end up dealing with reinforcements, which will arrive through the designated reinforcement points, marked with a red icon that will make them easier to spot. Be ready when approaching reinforcement points, or else you could end up leaving your soldiers wide open for a big counterattack! The good news is that your soldiers will be wearing tactical armor, which reduces damage received based on the armor’s value. Different body parts might have different armor values.


As your soldiers defeat their enemies, they will gain experience points. Once a soldier has gained enough experience points, it will level up, which will boost their stats. You will also get SP, which can be used to increase a soldier’s strength, willpower, and speed. Strength will affect the maximum hit points, the weight it can carry, and how far a character can throw an item. Willpower determines the maximum will points, which are used for abilities. Speed will determine how many tiles a character can move in battle. There will also be a pool of Phoenix SP that all soldiers can draw from in case they need some extra points to boost a stat.

Phoenix Point has a long trophy list that will prove to be a very challenging experience. The list is split into 32 Bronze trophies, 13 Silver trophies, and two Gold trophies. Once you’ve managed to recover access to the base. You will need to build a base facility, build a facility of each type, reach a friendly reputation with a faction, boosting this to aligned and then allied, beating the game without allying with any faction, recruiting a soldier of each class, survive an ambush mission, or maxing out the base stats of a soldier, to name some examples. 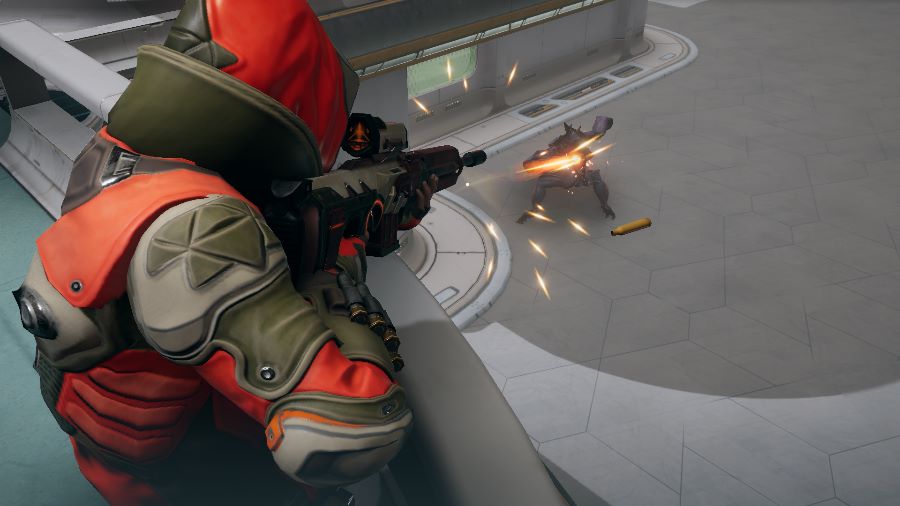 Phoenix Point: Behemot Edition is a hardcore tactical strategy that will punish you for any mistakes you make. There’s a ton of things to consider as you step into each mission, and you always need to consider the right loadout for each of your units to be able to be prepared for any scenario you find yourself in, while also being able to collect any of the loot you can find along the way. This won’t be an easy Platinum trophy for trophy hunters since it will require multiple runs since some trophies cancel out each other. This is the definitive version of the game since it includes all of the game’s DLC for you to enjoy. Phoenix Point: Behemot Edition is out on PS4 with a $39.99 price.

Disclaimer
This Phoenix Point: Behemot Edition review is based on a PlayStation 4 copy provided by Prime Matter.