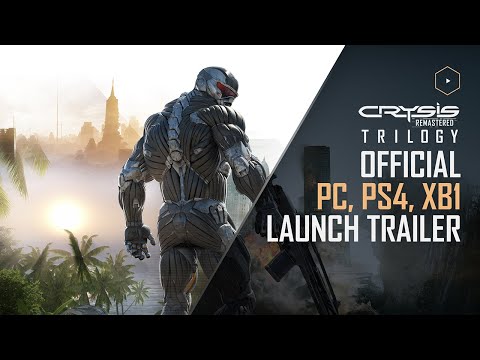 Crytek released the original Crysis way back in 2007. The last game in the trilogy was released in 2013. Here we are now in 2021, with the whole trilogy available in a remastered format so that you can enjoy all three games in the best way possible. To get started, let’s go over a brief summary of each games’ story without spoiling the details for those like me who will be playing the series for the first time. The first game starts with you and a Delta Force team about to be dropped off to the Lingshan Islands as you set to answer a distress signal. Your mission is to secure and help evacuate the archeologists who have made an incredible discovery, all while avoiding the North Korean forces who occupy the territory. As you jump from the plane, something hits you, causing a broken parachute and a damaged nanosuit, but you manage to survive by landing in the water while being separated from your team.

In the second game, set three years after the first on, you are Alcatraz, who ends up killed after your submarine was attacked on your way for an extraction mission in Manhattan. Fortunately, Prophet, who was the team’s leader back in the first game, saves you by killing himself and letting his Nanosuit assimilate you. Since Prophet had been infected with the virus that spread around the city, he gave up his life so you could continue his work against the Ceph, the aliens who are causing the destruction on Earth. 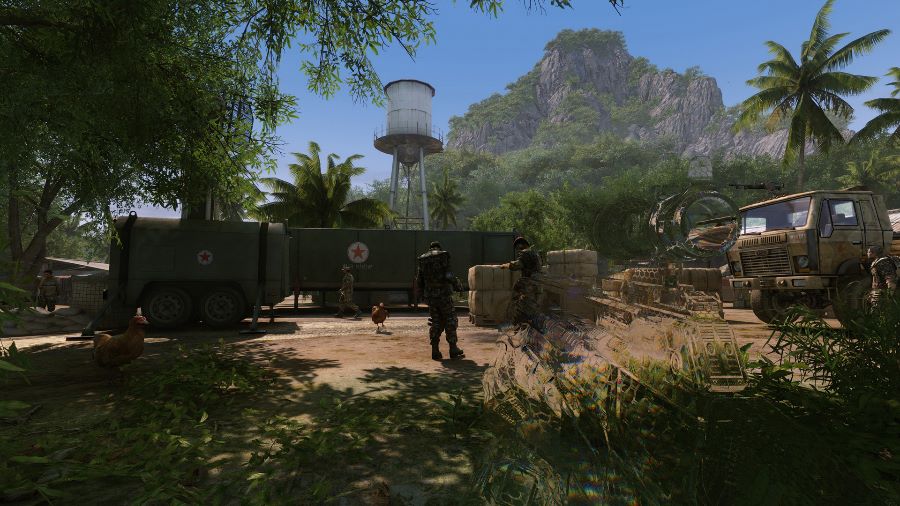 The third game takes place almost 25 years after the second one. The CELL Corporation is now trying to control the world using Ceph technology to generate energy. All nanosuit soldiers have been captured and stripped of their suit, becoming simple humans, except for Prophet, who you’ll be controlling in this entry. Before being able to skin you of your suit, a resistance force liberates you, including the fellow soldier Psycho. From there, you’ll venture on a mission to bring CELL down while also figuring out what to do with the Ceph.


All three games are played from a first-person perspective and feature pretty much the same controls, making it easy to go from one game to the other. You move with the left analog stick and look with the right one, while the X button allows you to jump, and the Circle button is used to crouch. Holding down the L2 button allows you to aim while the R2 button is used for shooting. You’ll be able to swap weapons with the Triangle button while pressing left on the D-Pad allows you to toggle your firing mode on the selected weapon. You’ll also be able to customize some of your weapon parts by holding the Touchpad and selecting different attachments with the face buttons. 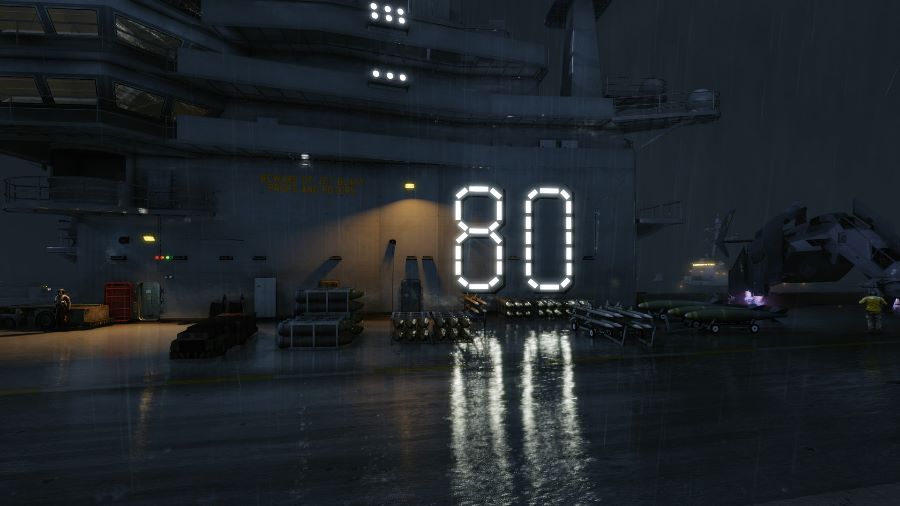 The L1 button will toggle your Nanosuit’s Armor Mode, which makes you a lot more resistant to attacks, which is good if you are feeling overwhelmed with enemies. On the other hand, the R1 button activates the Cloak Mode, which makes you invisible to enemies, making it an excellent option for when you need to sneak around for a bit. Activating one or the other will consume energy, which will replenish after a few seconds while not using either ability, so you can’t just keep either option active at all times. 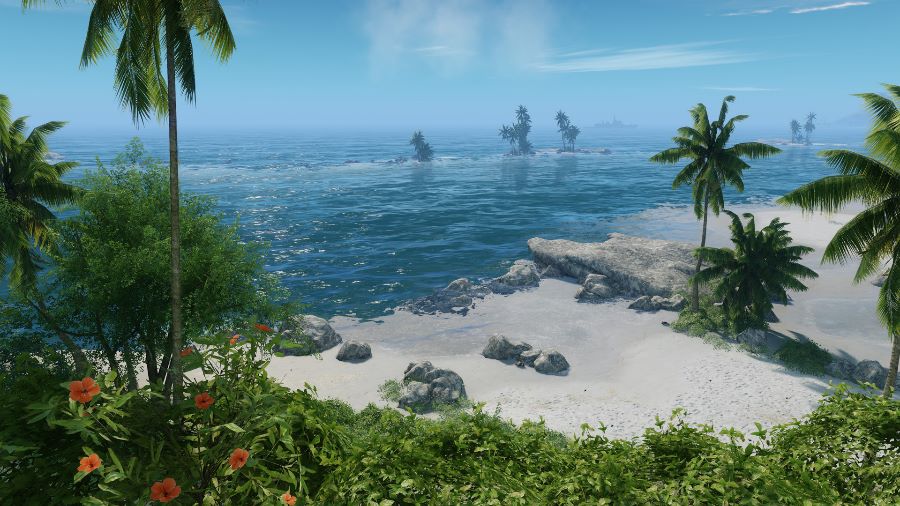 Since these remasters are only for the single-player part of each of the games, your sole focus while playing them will be the story and completing each of the missions, so there’s no multiplayer present. The first game features some incredibly open-world environments, the second game expands on this even more, and the third one is a graphical spectacle that showcases everything that Crytek learned from the first two entries in the Crysis series.


Back when the games were originally released, they were already visually stunning, but these remastered versions give all three games a revamped and refreshed look that makes them feel closer to the new FPS we’re getting in 2021. All games have a solid 60 FPS presentation, and if you’re playing them on your PlayStation 5, you can take advantage of a patch that adds a dynamic resolution boost so that you can play the games in up to 4K resolution depending on how crazy things are on the screen. All three games also feature boosts to the textures, lighting, and more. Thanks to this patch, when playing each of the three games in this collection, I never thought I was playing games that were 8 to 14 years old. You can check all of this and more in the video below. 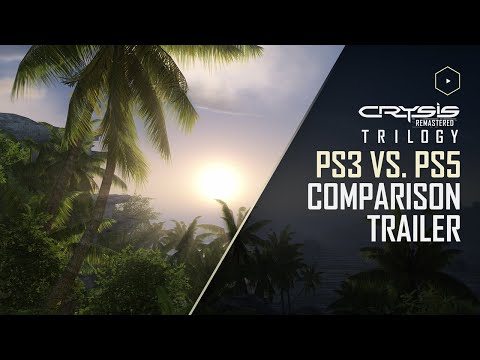 Coming in blind to the series, I really enjoyed diving into the stories and especially how they all held together throughout the games. I have yet to see the end of the three games, but they all provided me with a good story. It was also great to see the evolution of the gameplay in the three games, with mostly the same pattern but some subtle changes that, for me, made each game better than the preceding one. For example, in the first game, you have to press a button to pick up ammo from a dead enemy, whereas in the other games, you could simply walk over them.

Although I had a lot of fun with all three games, each entry is better than the previous one, so the third one was definitely the highlight for me, probably because of the Predator Bow, a great weapon in this entry. It allows for a true stealth approach. Shoot your bow, and then sneak up to an enemy so that you can collect the arrow and do it all over again since arrows are not as plentiful as ammo for firearms.


In terms of trophies, you’re looking at three separate games, so there are three potential Platinum trophies for you to add to your collection. With no multiplayer trophies in the way, that could potentially lower the difficulty for getting each Platinum trophy, and while true, there are still some considerable difficulty spikes in each game that will test your skills. There are several trophies tied to story progression, but all three games have trophies tied to playing in the highest difficulty setting, which is no easy task. 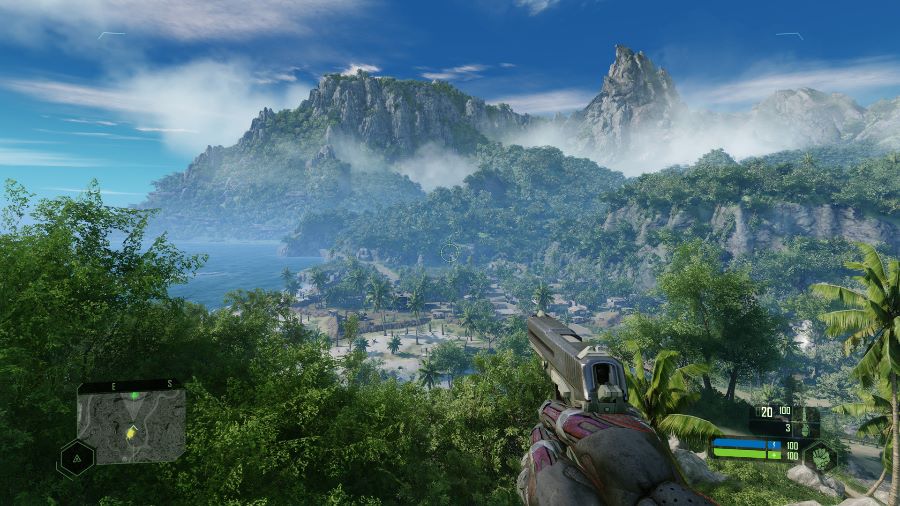 The Crysis Remastered Trilogy is definitely worth picking up since it brings three great single-player classic experiences to PlayStation, revamped and improved for a new generation. Add playing them on PlayStation 5 with 60 fps and up to 4K resolution, boosted lighting and textures, and other quality-of-life improvements that make these the definitive versions of each game in the Crysis trilogy. You can get them on PlayStation 4 for a $49.99 asking price, and you’ll get a lot of bang for your buck.

Disclaimer
This Crysis Remastered Trilogy review is based on a PlayStation 4 copy provided by Crytek.

Gleylancer Out Today On Consoles