MechWarrior is back? It’s been years since the fourth entry in the series! It’s time to jump back into a mech and save the world. Are you ready? Then check our MechWarrior 5: Mercenaries review!


BE YOUR OWN WEAPON OF WAR

Welcome to the year 3015! It’s a hell of a time to be alive. Humanity has colonized thousands of star systems, war is everywhere, and the battlefields of the future are dominated by hulking machines known as BattleMechs. It’s dangerous work for the elite pilots of these metal monstrosities, but that’s why a power hungry MechWarrior like you came here, right? If you’re looking to blast, wreck, stomp – and profit – step inside!

A World of Destruction – Level entire cities and decimate armies of enemy forces while piloting hundreds of unique BattleMech variants.

Hunt The Truth – Pursue a path of interstellar intrigue in a quest for glory and revenge as the leader of a mercenary company reborn in the flames of destruction.

The Merc Life – Manage the intricacies of running an expanding mercenary company – from the maintenance and acquisition of BattleMechs to the hiring of fellow MechWarrior allies.

Fight Together – Fight alongside your friends with four-player PvE co-op support.


It’s been a long time since a MechWarrior title was released. Mechwarrior 4 was released way back in the year 2000, with its Black Knight expansion landing a year later. I remember playing the earlier MechWarrior games on my PC back in the late 1990s, and now more than 20 years later, we’re getting a proper sequel to the last game thanks to MechWarrior 5: Mercenaries from Sold Out and Piranha Games, now on PlayStation. I was excited to play, as we’ve seen some awesome mech games over the past few years, and was excited to see what a MechWarrior revival could bring to the formula. Well, let’s talk about that. 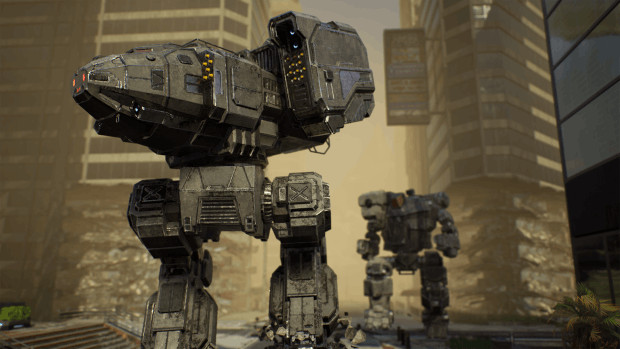 MechWarrior 5: Mercenaries puts you in the role of a leader of a group of Mech mercenaries – hence the name. The group is kind of in shambles when you take them over. Your father was the one running the outfit, but he dies almost immediately after you join, cueing your characters game-long hope to find out what happened so that they can get revenge. It’s not original in any way, but it does what it needs to do to get you piloting giant mechs of war.


You are given a tutorial right off the bat, but it will take some time to get used to the controls. If you aren’t familiar with MechWarrior, the giant mechs actually have a swivel between the legs and the abdomen of the mech, so you have control of them separately. That means moving your mech and aiming to shoot might be a bit difficult at first. The mechs control slower than I remember, making them feel like huge tanks. Once you learn the basics during the tutorial, you’ll get to put all of that knowledge to the test during the first handful of missions. 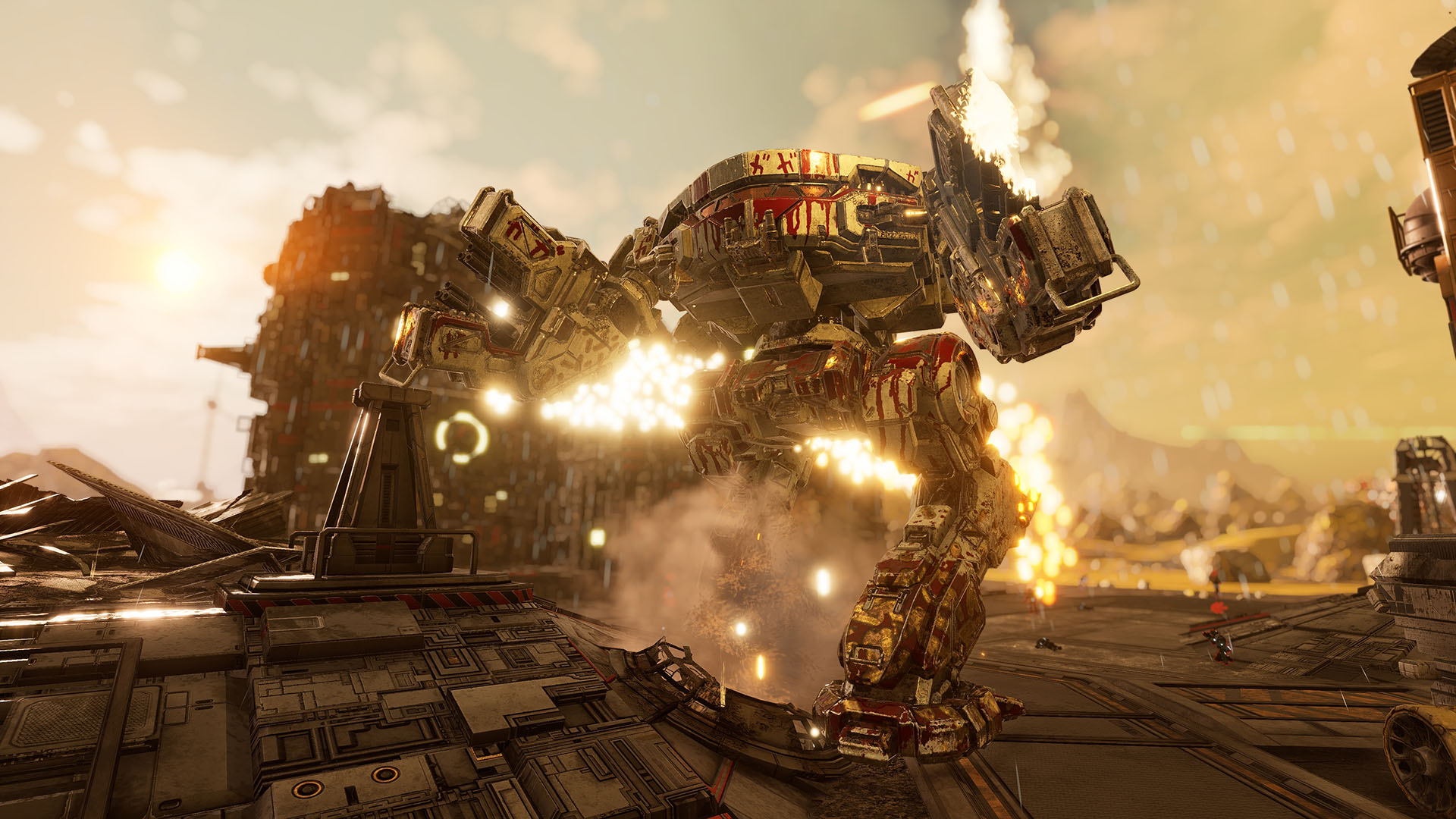 MechWarrior 5 is broken into two different gameplay loops: action and management. Since you are in charge of your Mercenary outfit, you need to manage and improve it. You’ll be taking on and negotiating contracts, recruiting new members, taking care of repairs, etc. As you get more famous and are successful, you’ll have more negotiating power to work with. You’ll even be able to buy better stuff and upgrade the mechs as well. It’s obviously not as fast-paced as the action side of things, but it’s something that sim fans are going to enjoy.

The other part is the action phases of the games, during which you pilot your giant mechs around planets when you take on contracts and try to make some money. You’ll jump between planets in the Inner Sphere and dive into combat. Most of the missions feel very similar, but it’s a gameplay loop that is easy to enjoy. Since you’re piloting huge mechs, the combat is not as fast as you’d expect, having a bit more of a tactical feel to it since there’s a cooldown for your mech’s attacks, but you will quickly get the hang of things. Once I got into the rhythm of each fight, I started to appreciate the finesse to the combat. There’s nothing like taking out a leg and knocking down a rival mech, or eliminating some of their weapons, thus reducing their combat options. 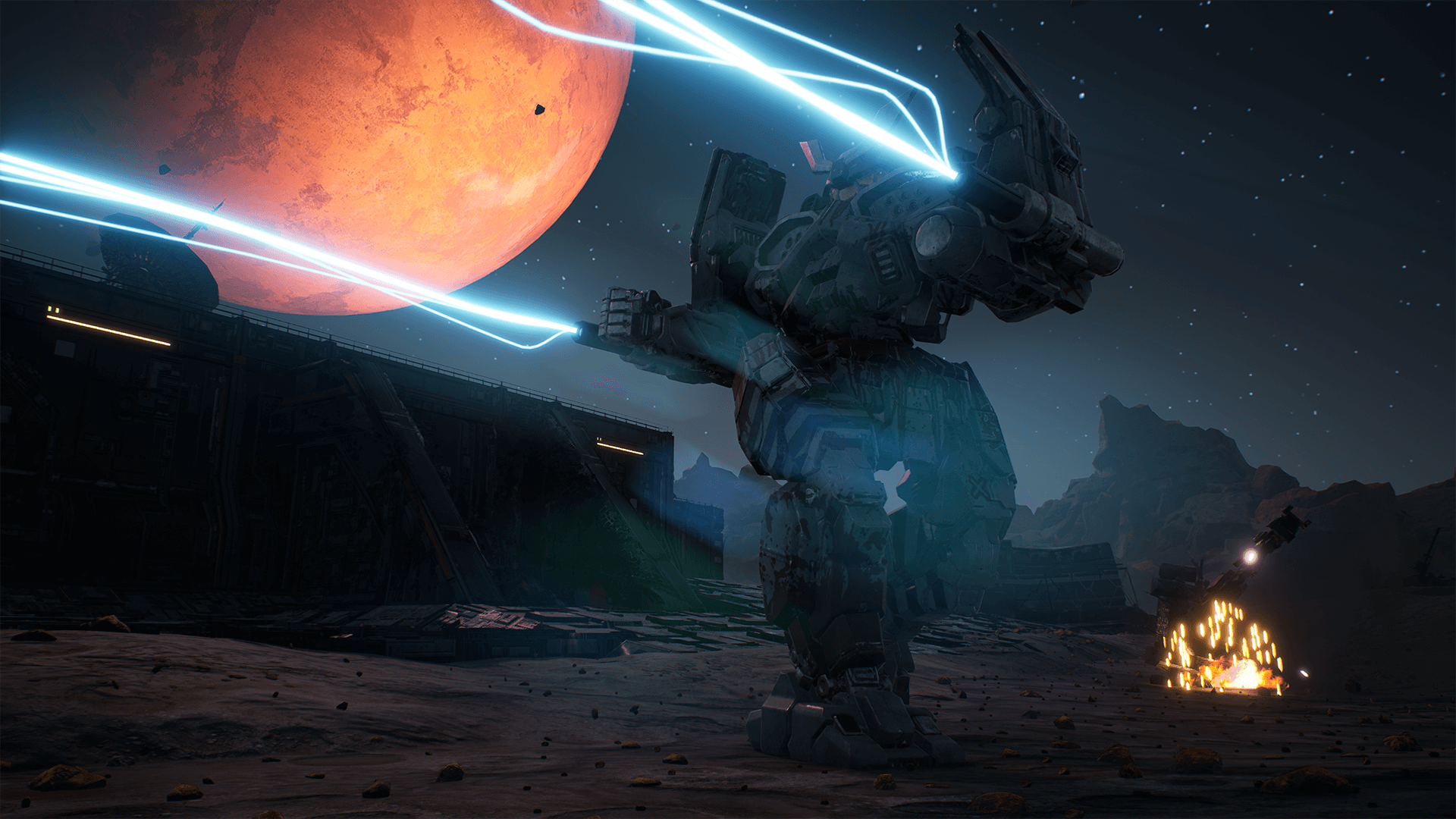 For a PS5 game, I think this one doesn’t look as great as it should, not to mention that the framerate did dip below the 60 mark. AS for the DualSense implementation, there’s some extra rumble implemented, but it’s nothing major. I’m surprised that the adaptive triggers weren’t used more since we’ve seen some PS5 games that make some great use for secondary fire modes, as is the case for Ratchet & Clank and Returnal.


There’s a lot to like about MechWarrior 5: Mercenaries, but this is certainly a game that is not going to be for everyone. It’s been a long wait since the last MechWarrior game, and the series is now out on PlayStation 5. The combat is slow but methodical, the management aspects are interesting, and the whole package is something you should check out on Sony’s current-gen console. 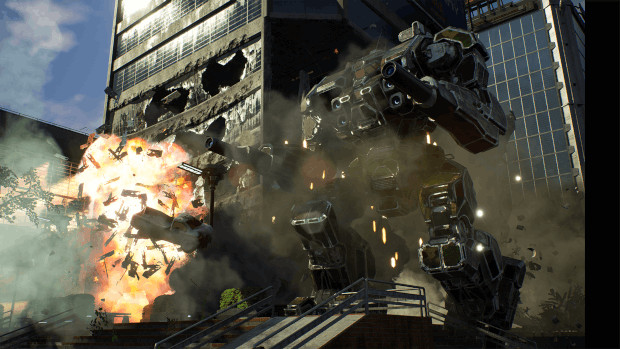 You can get MechWarrior 5: Mercenaries on its own for $29.99 or go all-in with the JumpShip Edition for $59.99, which includes the main game and the DLC packs. The two DLC packs are Heroes of the Inner Sphere and Legend of the Kestrel Lancers.

Disclaimer
This MechWarrior 5: Mercenaries review is based on a PlayStation 5 copy provided by SOLD OUT.