PS5™ features:
– Experience environment effects with the DualSense™ wireless controller’s haptic feedback.
– Get closer to the world of DEATH STRANDING with bespoke adaptive trigger resistance.
– Hear sound effects come to life in 3D Audio with stereo headphones (analogue or USB).
– Get into the action quickly with the PS5 console’s ultra-fast SSD and near-instant load times.
– Choose from two picture modes – Performance Mode with scaled 4K and up to 60FPS or Fidelity Mode in native 4K – both with HDR support, so you can enjoy stunningly clear graphics and advanced texture streaming.**

Hideo Kojima has a long line of celebrated games that a ton of gamers out there love… all of which I have never played. For some reason, I skipped the Metal Gear Solid series, and with more and more games piling up, it was hard to jump in on the newer games without first having to play all of the others since the games are known for having a ton of story elements and very important context. It’s now 2021, and after launching on PlayStation 4, we’re now getting DEATH STRANDING DIRECTOR’S CUT, a revamped take for the PlayStation 5 generation. 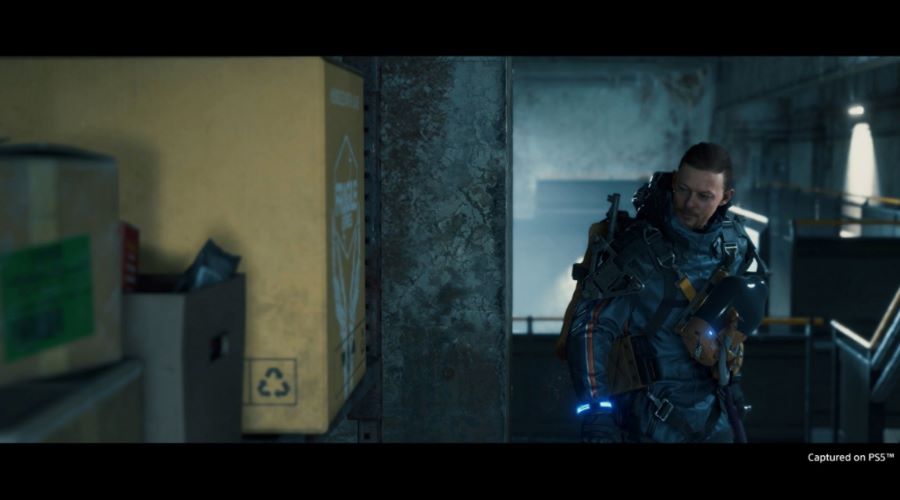 We were fed a slow but steady stream of weird trailers and really no gameplay videos until we finally got to see the launch trailer for DEATH STRANDING. If you’re new to the game, well, get ready… it’s a package delivery simulator! Or is it? It feels like a new take on the walking simulator genre that ends up doing its own thing and setting things up as a new genre of its own, kinda like, say, what happened with the Souls series, and the Souls-like games we all know and love.


In DEATH STRANDING DIRECTOR’S CUT, you play as Sam Porter Bridges, who is recruited to help reconnect the United States of America after a post-apocalyptic event. The world-building and the work that Kojima does for each character’s personality and backstory is just spectacular. From the ridiculous named Deadman, Heartman, and Die-Hardman to the more normally named characters Cliff, Mama, and Amelie, this is quite a cast. Factor in the superb voice acting and the motion caption performance for them, and you’re in front of a game that at times ends up crossing the line over into Hollywood blockbuster territory. 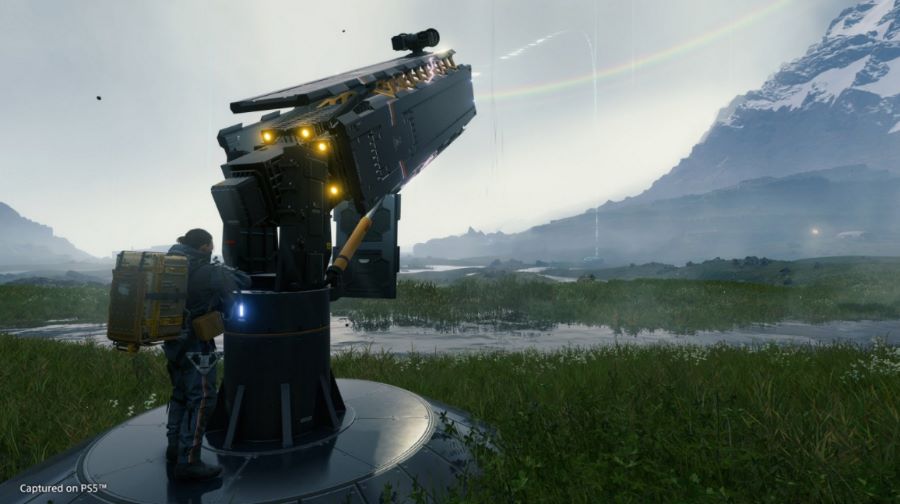 The overall gameplay is where I think Death Stranding will be a love it or hate it game for most of you. As for me? I’m happy to say I really enjoyed the gameplay loop for this one! At its heart, it’s a package delivery simulator, which means you receive packages and must plot a course for the most efficient way to deliver them and follow through. You have to juggle how much weight you can carry between your packages and tools when traversing the barren landscape. It’s a really unique concept for a game. As you carry more weight, you will need to constantly use the triggers on the DualSense to balance you to the left or right. As you progress, you will find some tools that will make delivering packages easier. You can have a buddy bot that will carry cargo for you or a catapult that can fire your packages over a good distance so that you can then rush to them to collect them and bring them to their final destination. The buddy bot is a lifesaver, and it changes how you interact with the whole package delivery process.


Along with the deliveries, you have the theme of connections. Everything you’re doing is bringing people back together, reconnecting them in this new world. You earn likes as you complete deliveries and can earn them from structures left in the world that other players can find as well. It’s a really neat system and a great analogy for where we are in our world today, especially when playing this during the whole Covid-19 pandemic, which has certainly been a process. 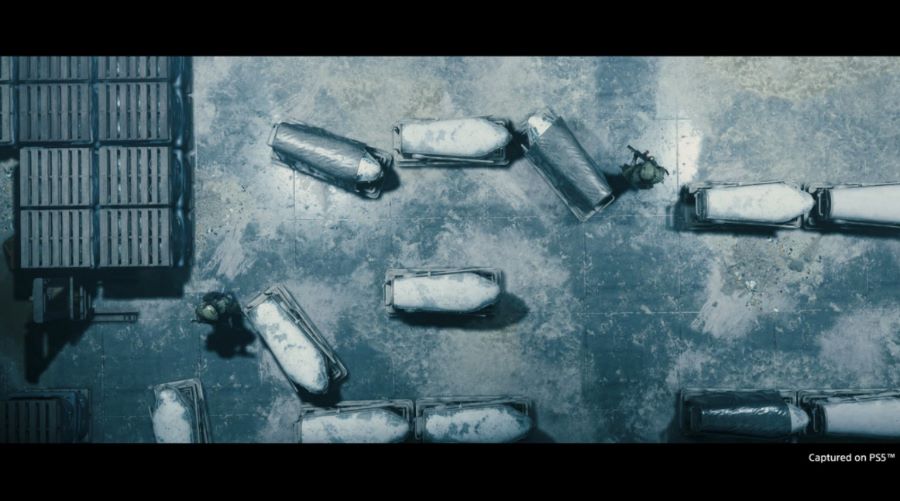 While deliveries and the social side of things are very chill, you will also need to be aware of the BT. They’re entities that will turn everything around into mush, and they will try and sink you. If you get caught by them, you’ll drop your packages and will need to find them later. Outrunning them when carrying around a ton of packages is certainly not an ideal scenario! The other thing you will have to contend with are Mules, who will attack you and try to steal your cargo. They are annoying, but you will find new ways to deal with them as you progress through the game’s story.

What’s new for this PlayStation 5 version? First off, the DualSense integration is great. You will get rained on by TimeFall rain, and I could actually feel the rain on the controller, which was incredibly cool. The left and right triggers had a faint pulse when it was raining. When running around carrying the packages and have to balance your weight, the DualSense once again shines through thanks to the feedback from the triggers. The 3D audio also allows you to dive into this new world in style, as you admire the revamped graphics – with two options for how you want to see the game before you – as well as the fast loading from the SSD.


DEATH STRANDING DIRECTOR’S CUT is a gorgeous game. It’s not just the models for each of the actors and characters in the game, but also the huge landscapes you will be exploring. The game on PlayStation 5 features a huge draw distance, so you can focus on your next objective far from your current location while you marvel at the living and breathing world around you. The soundtrack for DEATH STRANDING DIRECTOR’S CUT is also outstanding, and it’s one I’ll be sure to add to my soundtrack rotation. 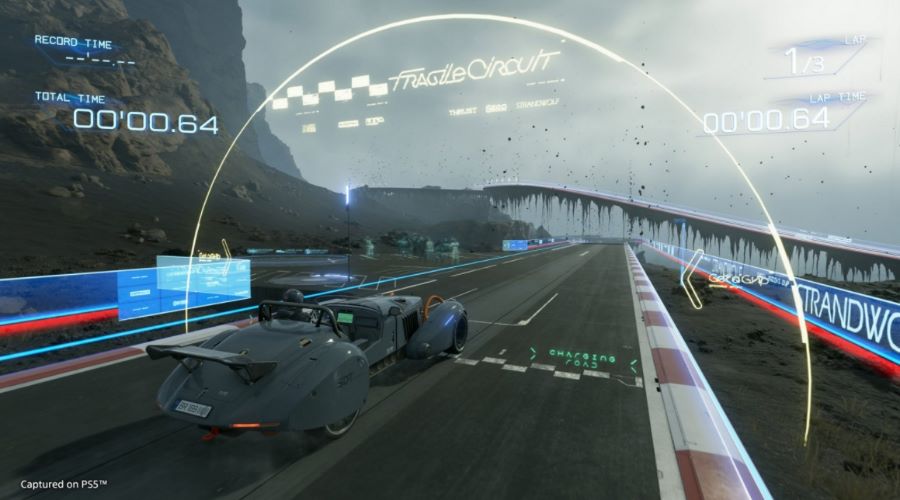 DEATH STRANDING DIRECTOR’S CUT is certainly the best way to play this game. It’s a gorgeous and revamped take on the original PlayStation 4 release with some excellent DualSense implementation, 3D audio, ultrafast loading, and 4K graphics, all for $49.99. It took me a while to finally play a game from Hideo Kojima, but I’m glad it was DEATH STRANDING DIRECTOR’S CUT on PS5 that got me started. 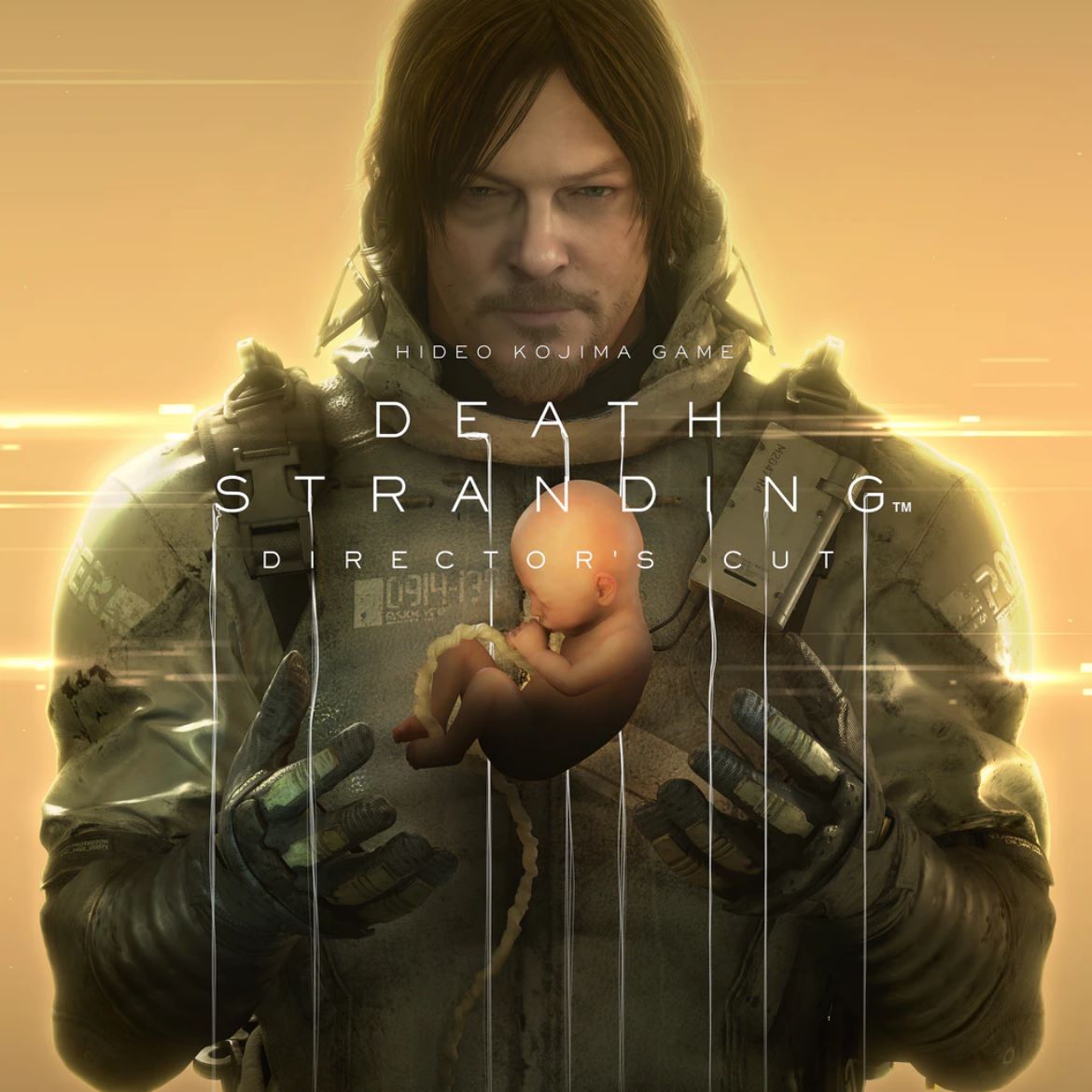 Disclaimer
This DEATH STRANDING DIRECTOR’S CUT review is based on a PlayStation 5 copy provided by Sony Interactive Entertainment.