Aeon Drive on PlayStation 5 from 2Awesome Studio and Critical Reflex is a fast-paced and challenging 2D platformer. Check our Aeon Drive review!


Did you ever play Super Meat Boy but wish it wasn’t as unnecessarily difficult as it was? Well, so did 2Awesome Studio… or at least that’s the feeling I got when I started to take on Aeon Drive. You play as Jackelyne, a plucky Space Ranger who, after an accident with her warp drive, accidentally crash lands into an alternate dimension in a city called Neo Barcelona. With her warp drive destroyed and in pieces all over the city, Jackelyne has only a short time to collect all of them before they reach critical levels and explode, killing everyone. Through some time looping jiggery-pokery, Jackelyne is given 30 seconds to collect each piece, or she will otherwise be looped back to the start. 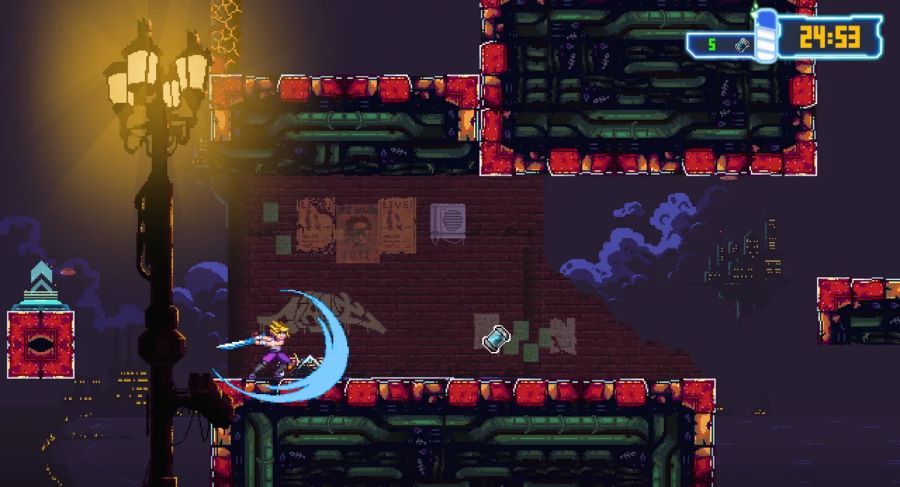 Long-winded setup aside, Aeon Drive is pretty simple to understand. You are playing a 2D platformer and have just 30 seconds to navigate your way through maze-like levels, grabbing collectibles and finding the exit or risk going back to the start. Thankfully, the 30 seconds can be increased by 5 seconds intervals if you collect enough energy containers scattered throughout the levels. If you plan to just play the game from start to end, then Aeon Drive is a straightforward affair and doesn’t wholly seem mind-blowing.


The platforming feels tight, with the platform layouts feeling intuitive, especially as you realize that there is often more than one way to get to the finish line. But for me, those are things that should come as standard for a game of this time. If you expect players to platform to a time limit, then your platforming needs to be spot on, and thankfully that is the case here. 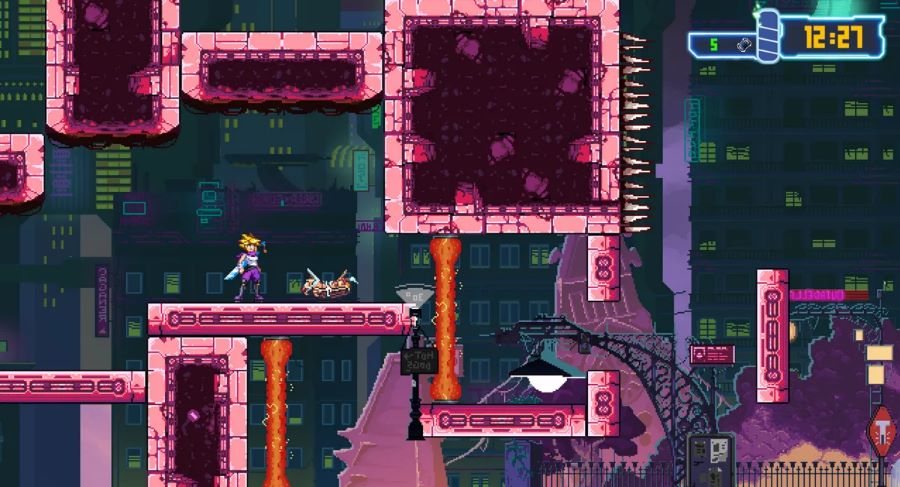 That isn’t to say the game does not try anything different. Where the game tries to set itself apart is in the teleporting mechanic. Jackelyne has a dagger that can be thrown with the Circle button. Pressing it again allows you to teleport to wherever the dagger lands. If you decide you dislike where it is, you are welcome to press the L1 button to recall the dagger without traveling there yourself. This gameplay mechanic works as advertised and is interesting enough when the game incorporates it into some of the levels, or you end up finding ways to use it to create shortcuts through the levels. While this gameplay mechanic adds a new element to the genre, it is by no means a game-changer.


The game definitely shows its indie heritage by using the tried and tested minimalist pixel aesthetics that you see everywhere these days. In fairness, the graphics are not important as long as you are able to complete the objectives set out before you. For the most part, the game does not feel unfair. All the deaths I experienced were usually due to mistiming a jump or failing to anticipate an enemy beforehand. Only once or twice did I do feel a little cheated, but not enough to induce rage. 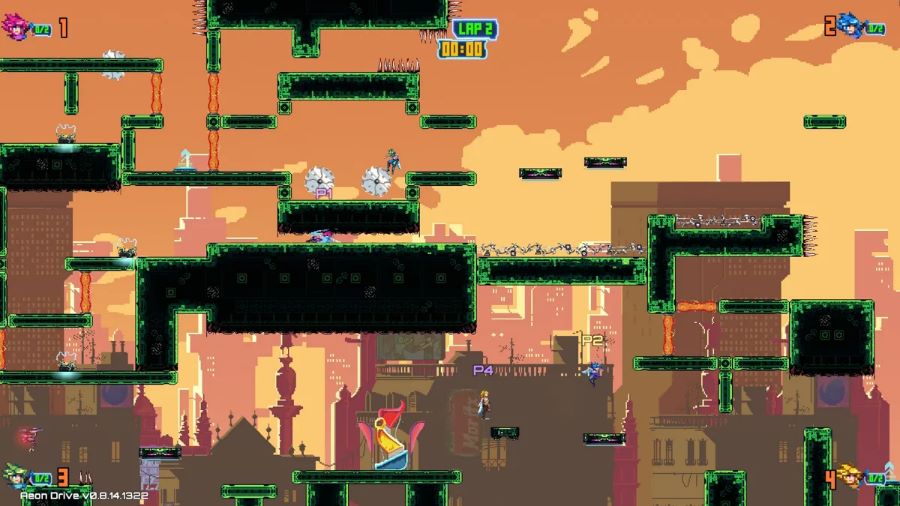 Whilst the visuals may not be up to much, the audio is definitely mixed. The soundtrack is what you would expect from a game with this cyberpunk-ish aesthetic. The “futuristic” 1980s synth music is fitting but not outstanding. It even borders on grating when you realize that there is only one song per world that plays over each set of ten levels. Where the audio fails is in the voice work. Whilst the actress who does the voice for Jackelyne does an adequate job, there is a distinct lack of variety in some of the pre-recorded lines that play every time you respawn. I can only hear Jackelyne saying she wants hotdogs so many times before I want to let the timer run out. The game also opting to play some of her respawn lines out of order adds even more to the annoyance. 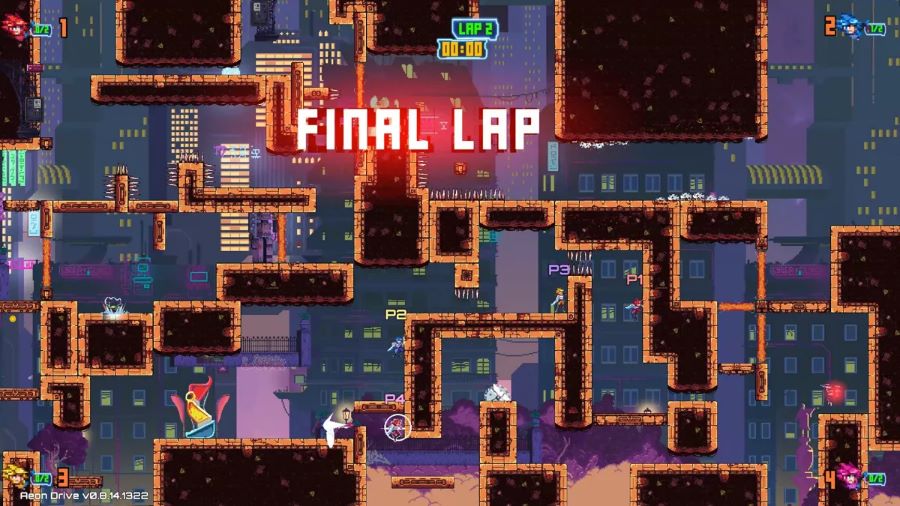 All in all, Aeon Drive is a 2D platformer that does everything it needs to and does it relatively well. There is a large variety of levels and even local multiplayer for up to four people. There is a story to follow and a good way of setting up the whole looping 30 seconds thing, but that means that if you don’t like platformers with a time limit, then this one won’t be for you. If, on the other hand, you like to speedrun games, Aeon Drive will certainly scratch that itch. Aeon Drive is out as a Cross-Buy PS4 and PS5 release with a $14.99 price.

Disclaimer
This Aeon Drive review is based on a PlayStation 5 copy provided by Critical Reflex.