Sheepo from Top Hat Studio and Kyle Thompson is a Metroidvania platformer with a twist: it doesn’t contain standard combat. Learn more in our Sheepo review!


Sheepo from Top Hat Studio and Kyle Thompson is a Metroidvania platformer with a twist: it doesn’t contain standard combat. You play as the titular character who happens to be on a very simple mission: to preserve and save every species in the universe! For this, you’ll land on planet Cebron, which has six uncollected species for you to find. You will need to find one unhatched egg for each of said species and return them to the ship unharmed. Doing this will allow you to increase the database of every living creature in the universe, which will permanently prevent them from going extinct!

The kicker? You only have a day to complete this task. It might seem like a lot to explore a whole planet in a single day so that you can help to keep some species from ever becoming extinct, but the good news is that one day in Cebron actually lasts 8,000 Earth days. That means you’ll have plenty of time to search every corner of the planet for the eggs you need. 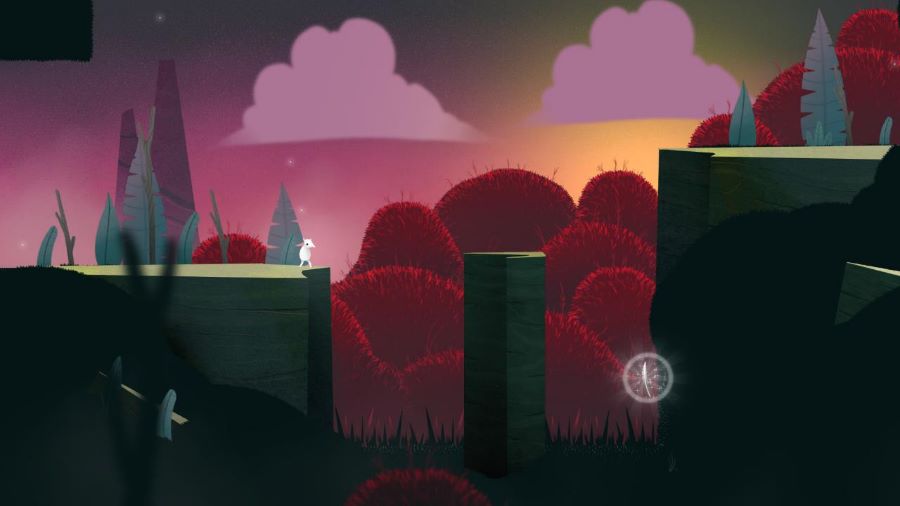 You’ll move your character with the left analog stick or the D-Pad, jumping and double jumping with the Circle button and interacting with things with the X button. You can also wall jump by hugging a wall and pressing the Circle button, and this can be combined with a subsequent double jump to clear a gap or go over a greater distance. Whenever you find an egg for a new species, you will also gain the ability to shape-shift into that creature on contact! This will come in handy when you need to, say, dig through some soil, or fly for a bit.


You’ll be joined on this journey by Silvia, the onboard A.I. that will help you along the way as needed. You will have a radio on you to communicate with Silvia. She will, for example, let you know about save points, where you’ll be able to save your progress. Just press the X button when near a save point, and you’ll see the save icon on the lower part of the screen! She will also teach you about shifters. Once you come into contact with one and press the X button, you can use the left analog stick to aim before launching yourself with the X button. 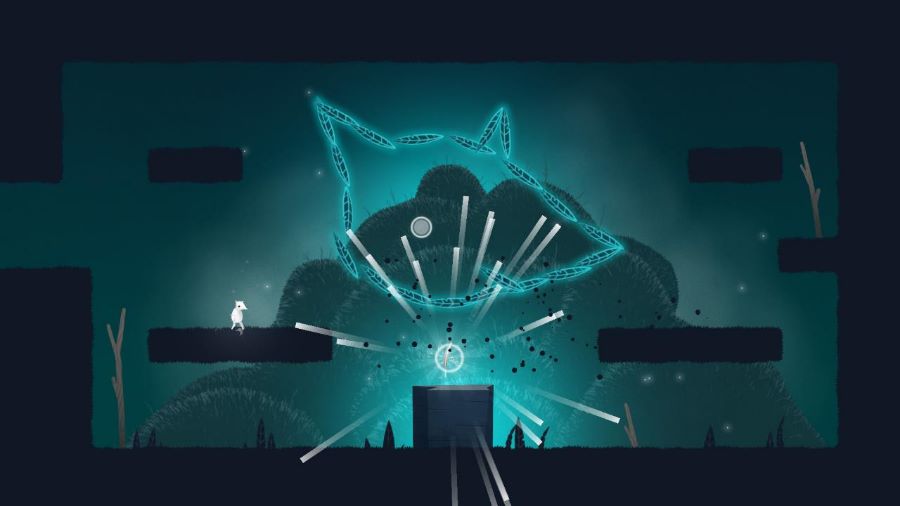 But wait… there’s more! You’ll also end up picking a glowbug during the start of your quest. These creatures pick a host for life and will be by their side until the end. In Sheepo, you can use the glowbug to know how healthy your character is. When it’s green, then you’re at full health. Yellow means you should be careful and find a way to heal your wounds. If the glowbug is red, then you need to be extra careful because you’re very close to dying!


The first creature for which you’ll find an egg is the Longbird. You will see a handful of specimens for this creature on your way to the first egg… which also happens to be the location for your first boss fight! You’ll meet the Mama Bird, who will shoot at you in different patterns as you try to stay safe and take cover behind walls to protect you from dying. This boss fight will show you how you won’t directly attack any potential threat, instead finding a way to get rid of them before it’s too late. For Mama Bird, this means getting to the top, pressing the X button to activate a switch, and dumping a bunch of giant rocks on top of her head! 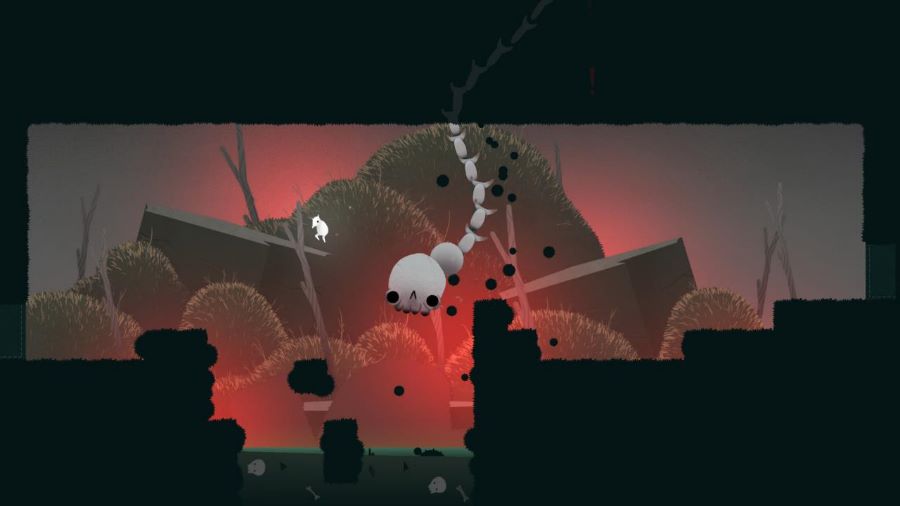 Every time you transform into a creature, you’ll only have a few seconds to use their abilities. In the case of the Longbird, that means using its wings to fly around the screen so that you can grab some collectibles or reach a spot that would otherwise be out of reach for Sheepo. Speaking of collectibles, you will find a bunch of feathers here and there that you can grab if you want to 100% the game. Why? Because feathers can be exchanged for map markers that will show you save points and shrines, a gallery invite, or a mysterious elevator key for an elevator that is no longer working. You can also search everywhere to find health fragment containers. Collect three of them, and you will permanently increase your health!


Sheepo has a Platinum trophy, but it will require multiple runs as you learn the game. There are trophies for getting each of the eggs you need to preserve, one for beating an optional boss, for collecting hidden pictures, and for getting 100% in the game. As for the trophies that ask that you complete the game in less than three hours, less than two hours, and less than an hour and a half, you might want to leave them for a second run where you activate Speedrun Mode, which will automatically skip all dialogue. Oh, and there’s also a trophy for completing the game without dying, so good luck with that one! 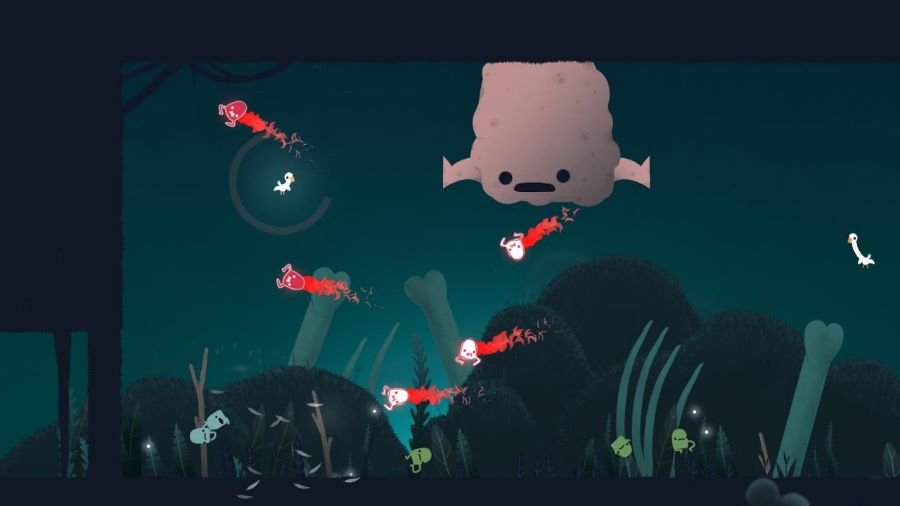 Sheepo is a fun Metroidvania with an interesting premise and no combat, which doesn’t mean that you won’t have to try and stay alive. Having to find the eggs to preserve each species while also gaining access to transforming into them is a clever gameplay mechanic, and it kept me playing to see what the next creature – and challenge – would be. Add a Platinum trophy that will test your skills, and you have a game that is easy to recommend. Sheepo is out on PlayStation 4 with a $10.99 asking price. 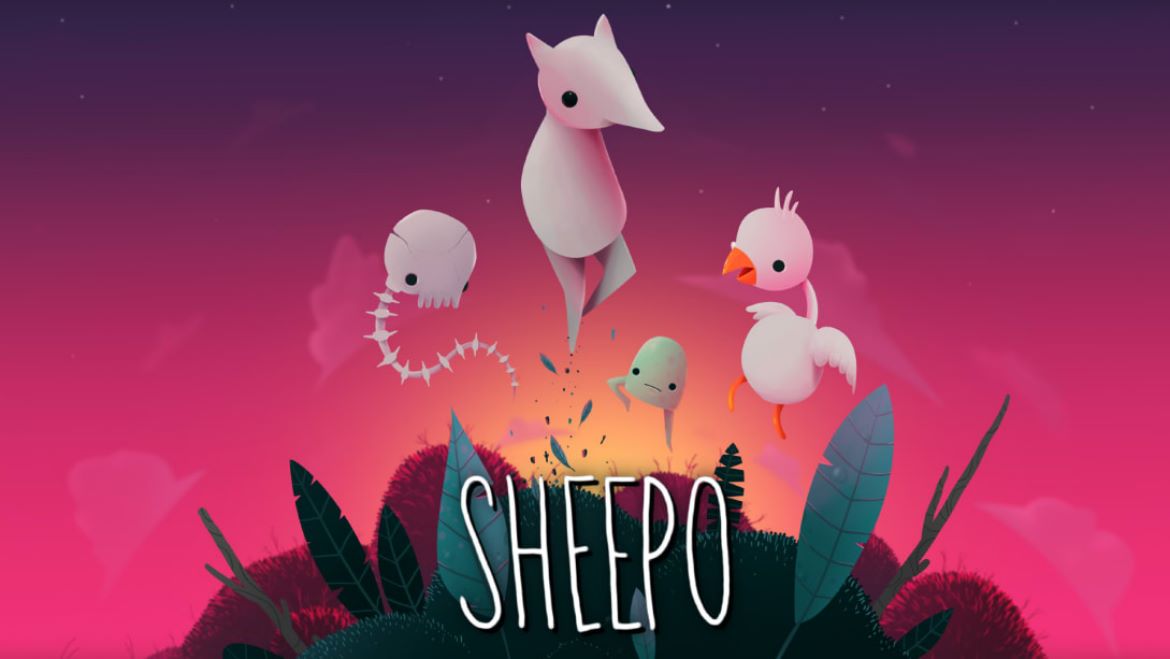 A fun Metroidvania with an interesting setup and no combat

Disclaimer
This Sheepo review is based on a PlayStation 4 copy provided by Top Hat Studios.

Jars Out Tomorrow On Nintendo Switch