Gleylancer from Ratalaika Games and Masaya is an old-school classic shoot ‘em up now back for another round on PS4. Learn more in our Gleylancer review!


Gleylancer from Ratalaika Games and Masaya is an old-school classic shoot ‘em up now back for another round on PlayStation 4. It originally launched in Japan back in 1992 for the Sega Mega Drive, and other than getting a release on the Nintendo Wii Virtual Console as an import title, it has not been made available on consoles. It’s now 2021, which makes it the perfect time to release this shoot ‘em up for a new audience to enjoy. This is an excellent shoot ‘em up with an excellent soundtrack and a must-play for shoot ‘em up fans since it’s now available with some quality-of-life improvements. 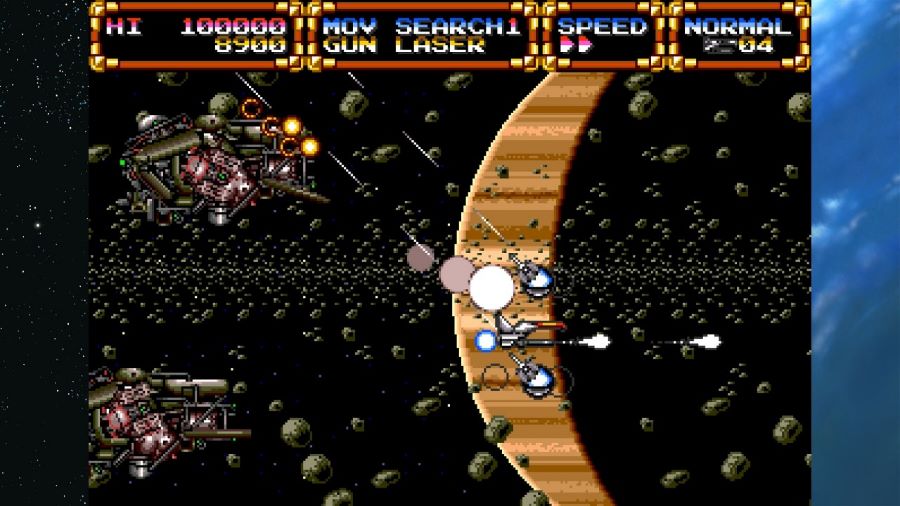 It’s the year 2025 of the space era, and after the Earth Federation’s Navy First Fleet is ambushed by hostile forces that teleport right next to the flagship… and then teleport it away! You play as Ensign Lucia Cabrock, who is part of the Earth Federation’s Navy Second Fleet. She sets out to save the Admiral, its ship, and everyone in it by piloting the new prototype spaceship: the Gleylancer. You take on this mission on your own without the approval of your superiors and before the Gleylancer has even gone through all of the tests needed for such a prototype. Did I mention that the Admiral is Lucia’s father?


Some of the quality-of-life improvements made for Gleylancer on PlayStation 4 include the possibility of using save states to back up your progress, a rewind function so that you can fix any mistakes you make along the way, as well as being able to select between three different gameplay modes for Gleylancer. These are Vintage, which offers you the original Japanese release without the rewind function – and no unlocking trophies; Modern, which saves your high scores, separates speeding up and slowing down your spaceship into different buttons, you can use the right analog stick to aim your gunners at will, and you can press a button to change your mover system at any time; and then we have Cheater. 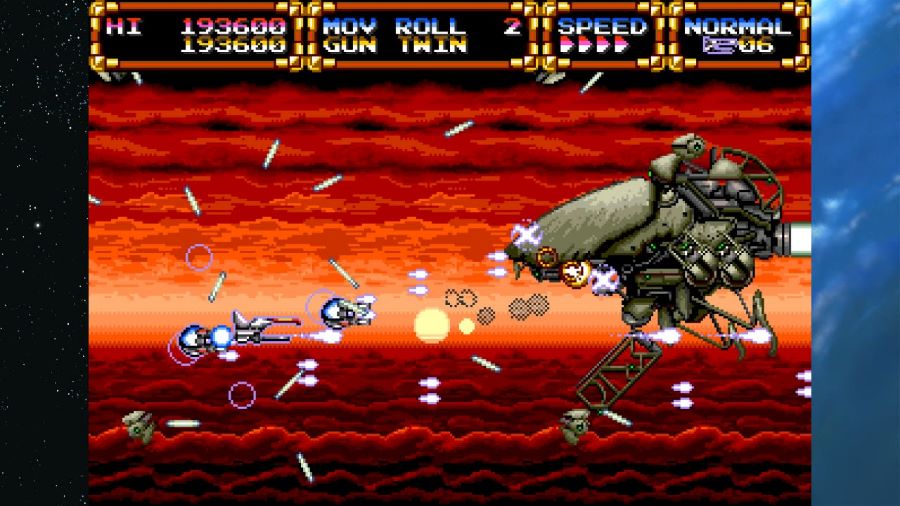 As you can probably tell from the name, when playing in Cheater mode, you will get a chance to activate some interesting extras. The first one is making your spaceship invincible, while the other one gives you access to the game’s debug mode when you pause the action, which you can use to jump between levels, increase the power of your missiles, and add the max number of gunners to your spaceship. This is a mode that gamers who don’t have much experience with shoot ‘em ups can use to get through each of the game’s stages with ease.


Taking all of this into consideration, you’ll move your spaceship with the left analog stick or the D-Pad, fire with the Square button, speed up and slow down with the R2 and L2 buttons, and can instantly rewind by pressing the L1 button. You can select which Mover System to use for your gunners. You can select normal, which allows you to aim all around you as needed, reverse, which has gunners face the opposite direction that you’re moving in, search, which will make gunners automatically aim at enemies, although it sometimes malfunctions, multi so that you can fire a three-way attack, multi-R, which is the same as multi but in reverse, shadow which makes gunners follow your fighter’s movement pattern, and roll, which will make the gunners rotate around your ship non-stop. 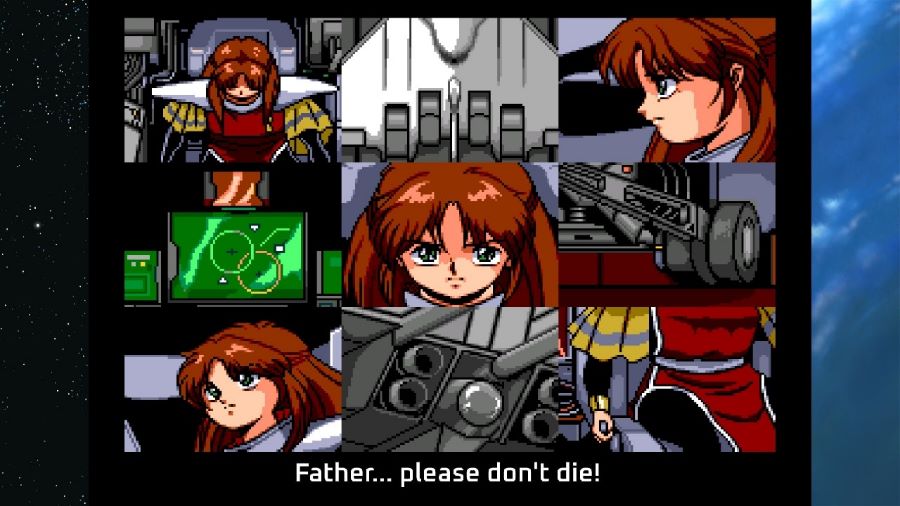 As you explore each area, you will find containers that can be destroyed to release power-ups. These include the gunners you can add to your spaceship to boost your firepower, as well as different weapons for the gunners. Those weapons are the twin shot, a powerful but thin laser, a 5-way shot, a short-range flamethrower, a spread bomb that is powerful but a bit slow, a saber that generates a constant laser beam at a short range, or bullets that bounce around the walls as they deal damage.


Gleylancer has a full trophy list with a Platinum trophy, and the PlayStation 4 and the PlayStation 5 versions of the game each has a separate trophy list for you to work your way through. It’s a short list that shouldn’t give you much trouble if you have some experience with shoot ‘em up games – and make good use of the rewind function. You will unlock trophies for completing each of the ten stages for this shoot ‘em up, for getting the good ending, for scoring 100k, 250k, 500k, and one million points. 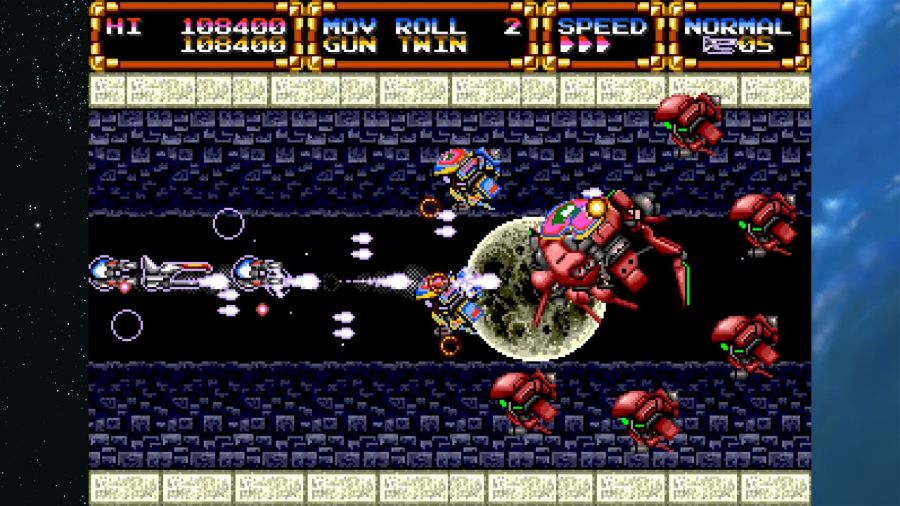 Gleylancer is an excellent old-school shoot ‘em up that is getting a new chance as a PlayStation release. It features a soundtrack that hits all the right spots, a difficulty that can be as challenging as you want it to be, and several quality-of-life improvements you’d expect from a shoot ‘em up releasing in 2021. The story cut scenes are also a highlight of this experience since they give the game that dose of space anime show that brings the 1990s back to life in style. Gleylancer is out this Friday on PlayStation with a $6.99 asking price, making it a steal since it’s a cross-buy release, giving you access to the PS4 and PS5 versions, each with a separate trophy list. 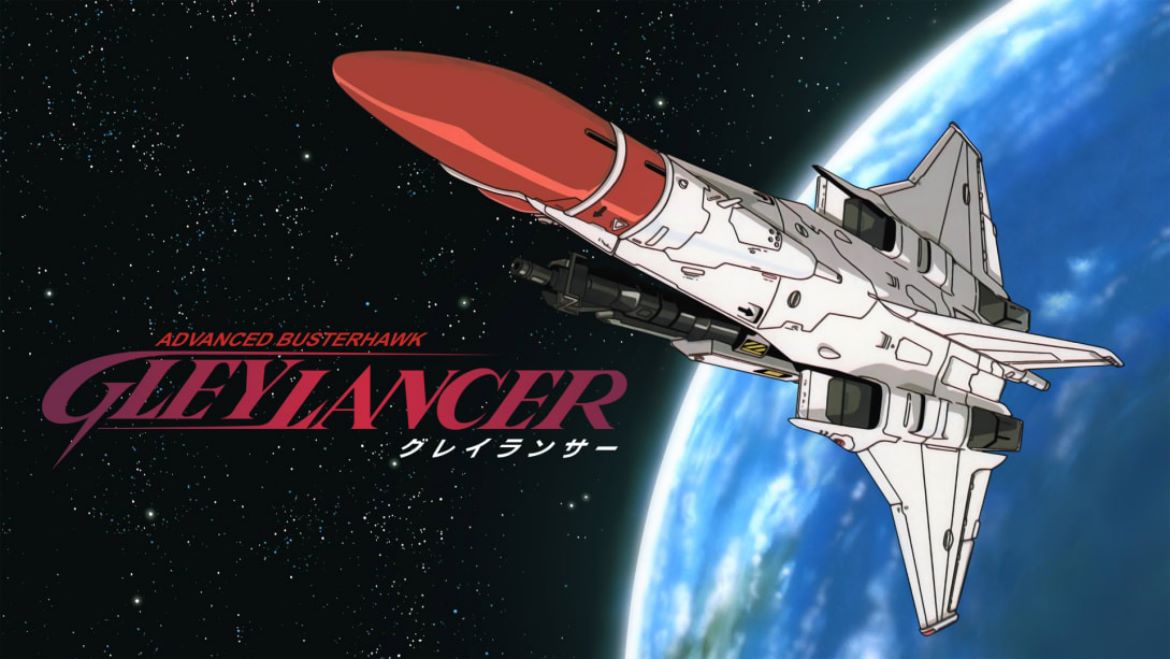 An excellent classic shoot 'em up you have to experience

Disclaimer
This Gleylancer review is based on a PlayStation 4 copy provided by Ratalaika Games.

The Riftbreaker Is Out Today On PS5