Zengeon from PQube and 2P Games is an anime-infused roguelike action RPG on Nintendo Switch. Learn more about it in our Zengeon review!


Zengeon from PQube and 2P Games is an anime-infused roguelike action RPG on Nintendo Switch. For many centuries, the Celestial Academy has protected a seal within the Blessed Land, which has made it possible to keep the Dark Emptiness from overtaking the realm. Unfortunately, during the Lunar Eclipse, an unknown power managed to overcome the seal’s enchantments, and the Dark Emptiness ravaged the world. With the Demon God back, you must do whatever it takes to destroy it before it’s too late. 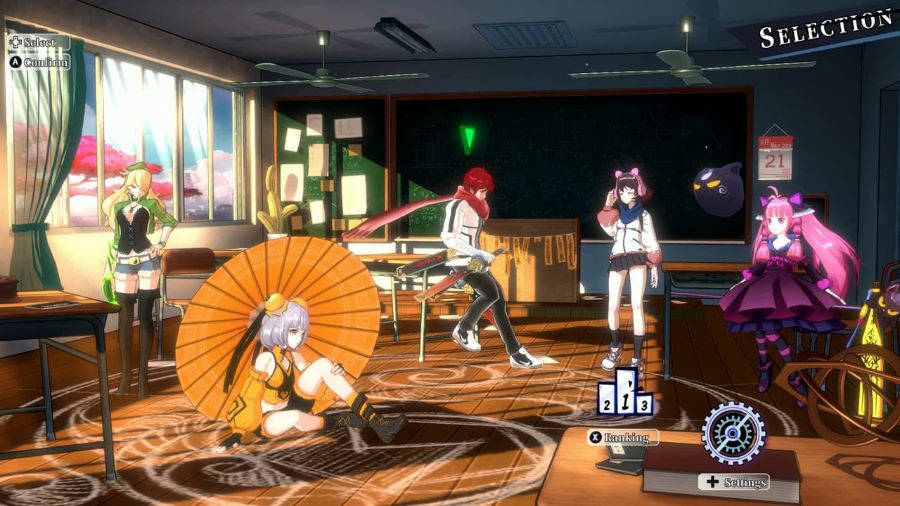 The game can be played on your own or in online multiplayer with up to four players. The character selection screen offers several characters, but only two are unlocked from the start: Yuan Ziyu and Hou Shuyan. You’ll have to play Zengeon to unlock Murong Yuqing and her whip, Liu Muying, and her wonderful orange umbrella, and He Ruolin and her mystical companion. After selecting one of the characters, you’ll be able to dive into Story Mode. There’s also Guard Mode to play in, but this one will unlock after you’ve managed to defeat the first boss – more on it in a bit.


Enemies attack you non-stop in big groups, so if you’re not paying attention, you can easily end up feeling overwhelmed. You must make good use of the regular attacks and special abilities of each character as you loot new items and abilities to substitutes the ones in your standard arsenal. You’ll move around with the left analog stick, aiming your attacks in the same direction you’re facing. Your skills will be mapped to the A, B, Y, and X buttons, with a cooldown to keep you from abusing the more powerful skills. When looting skills, you can also decide to instead use them to upgrade your special abilities by pressing the L and R buttons at the same time. 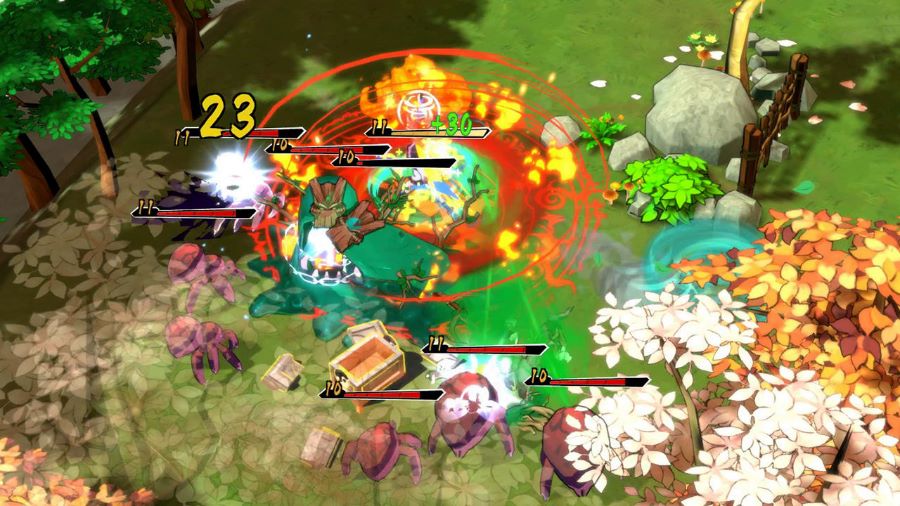 You won’t be surviving in this one if you button mash since there’s no block button that can help you lower the damage you receive. Defeat all enemies, heal your wounds as needed, and collect as many coins as possible so that you can use them to unlock the special chests that contain additional skills and items for your character. You should search every corner of a stage so that you can destroy all trashcans and boxes to collect more coins or to find healing spheres t recover some of your lost health.


The more coins you have, the more expensive the treasure chests you’ll be able to unlock, which will make it possible to find some useful charms that can boost your hit points, add a change to conjure elementals to deal additional damage when you attack or boost the fire damage of your attacks, to name some examples. These can also be improved if you find duplicates, up to a maximum of four times. You have an inventory with a lot of free spaces, so you should collect every single item that you find! 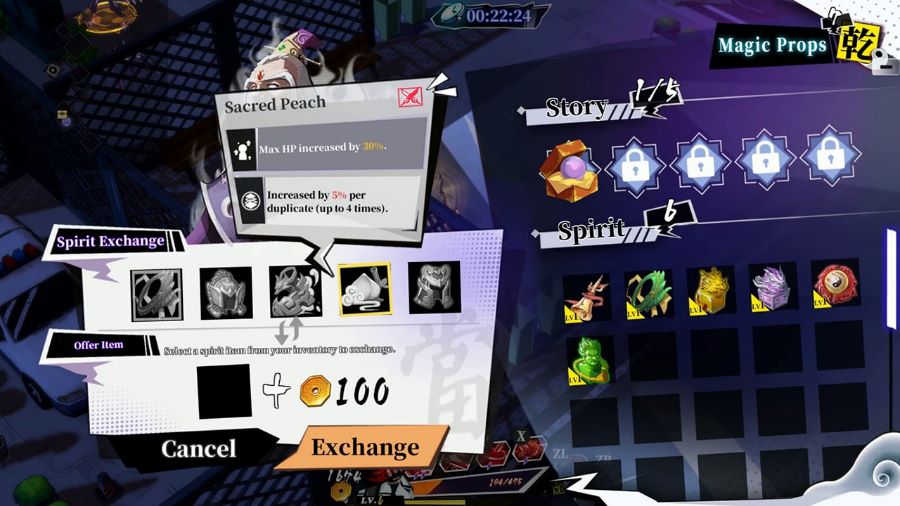 As you defeat enemies, they will leave behind yellow experience spheres, which will be automatically collected by your character. These will allow your character to level up, which will boost its stats. Having more hit points is always good news, but your character will also benefit from an increase in its damage output and the power of its skills. Being as high a level as possible before you reach a boss is crucial if you want to have a chance at defeating it. When you die, your character will go back to being level 1. The good news is that along with the practice you get by finding new enemies and learning the movement and attack patterns, you’ll also get to keep the special major story items you collect, which will give you a small but useful edge over your opponents during subsequent runs.


As for Guard Mode, this is a mode in which you’ll have to defend a glowing cube in the middle of the screen from wave after wave of enemies. They will start off easy enough with small and weak enemies, but the further you progress, the more powerful the enemies that will materialize. You will collect experience points, healing orbs, and coins as you defeat enemies so that you can level up and boost your stats. The coins can be used to open the special treasure chests in the area so that you can collect some special skills or items to boost your attack and special abilities so that you can survive for a bit longer. 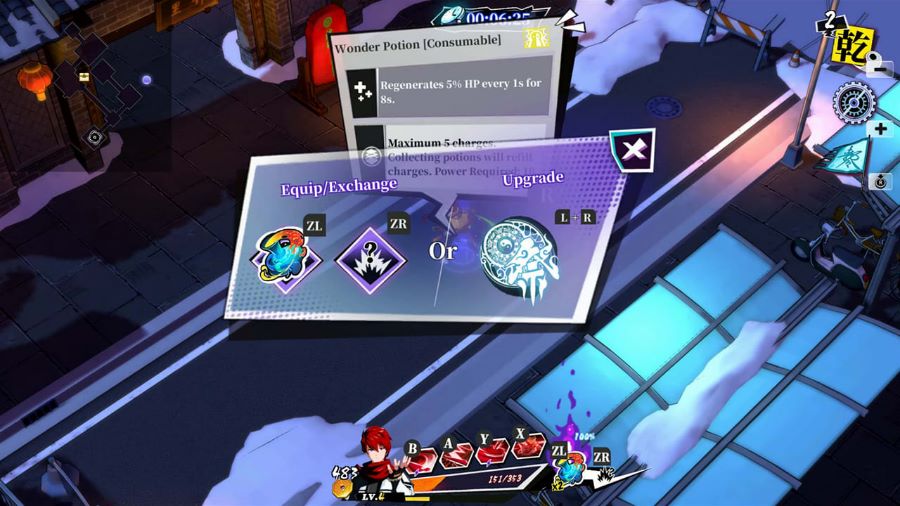 If you’re looking for a challenging roguelike action RPG on Nintendo Switch with a colorful and detailed art style, a difficulty that increases at a steady pace as you progress further into the game, with more powerful enemies joining the battle, with new attacks that target larger areas while dealing more damage. You can play this one on your own or take on some online co-op for up to four players for some fast-paced mayhem. The game has received a couple of patches that improved the framerate and improving the game’s look, making for a better experience. Zengeon is out on Nintendo Switch with a $19.99 price.

Disclaimer
This Zengeon review is based on a Nintendo Switch copy provided by PQube.