Yes, the long-running Space Invaders series got its start way back in 1978 as a black and white arcade game. This was a physical game inside of a large arcade cabinet in its regular configuration, as well as in a cocktail table model. Along with the black and white version, there were some versions that used colored cellophane overlays placed on top of the screen to simulate color graphics before being followed by a version with a color monitor to spice things up. Before I jump into talking about each of the games in this collection, I do want to mention that if you want to learn more about Space Invaders Extreme, Space Invaders Gigamax 4 SE, and Space Invaders vs. Arkanoid, you can click right here.


The two 1978 versions of Space Invaders included in this collection are the classic arcade experience we all know and love, which set the foundation for all of the other games in the franchise. The premise is that you will control a spaceship at the bottom of the screen, shooting at the aliens from space that are invading. Their goal is to get to the bottom of the screen to destroy you, while yours is to defeat every single one of them while using the available cover to protect yourself from their attacks. 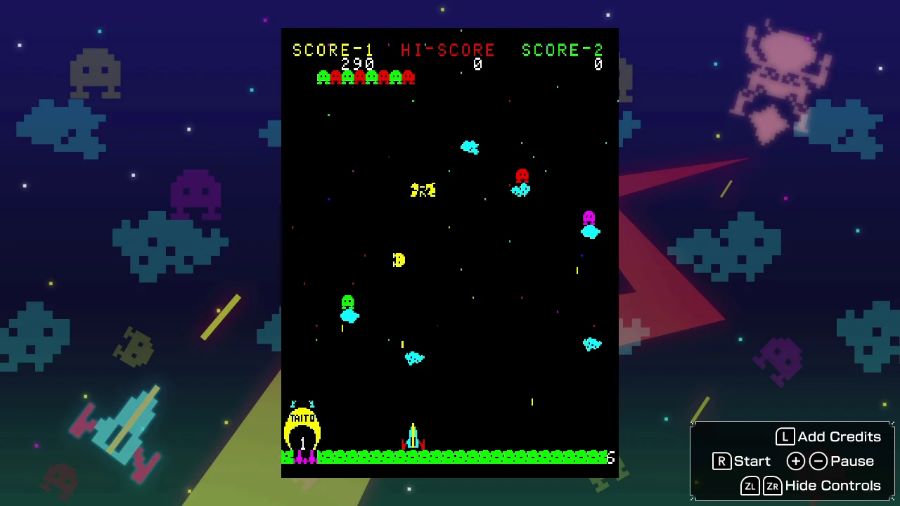 The aliens will move down the screen when a column of space invaders touches the left or the right side of the screen. The more space invaders you destroy, the faster the rest of the remaining ones will move, boosting the difficulty as you have to compensate for their extra speed by shooting earlier. You’ll be doing this over and over again since every time you destroy a set of space invaders, a new group will pop up while having a faster starting speed. You will work hard to try and beat your own high score to show everyone how good you are.


This was followed by the aptly titled Space Invaders Part II in arcades back in 1979. For this one, you were able to add your initials to the game if your score was good enough, so you had a drive to pay attention to the flying saucers that flew over the top of the screen since they would give you the biggest score boost. Space Invaders Part II also introduced intermissions into the arcade scene – you know, those short segments you would later see in games like Pac-Man that show something funny before you get back to the action. 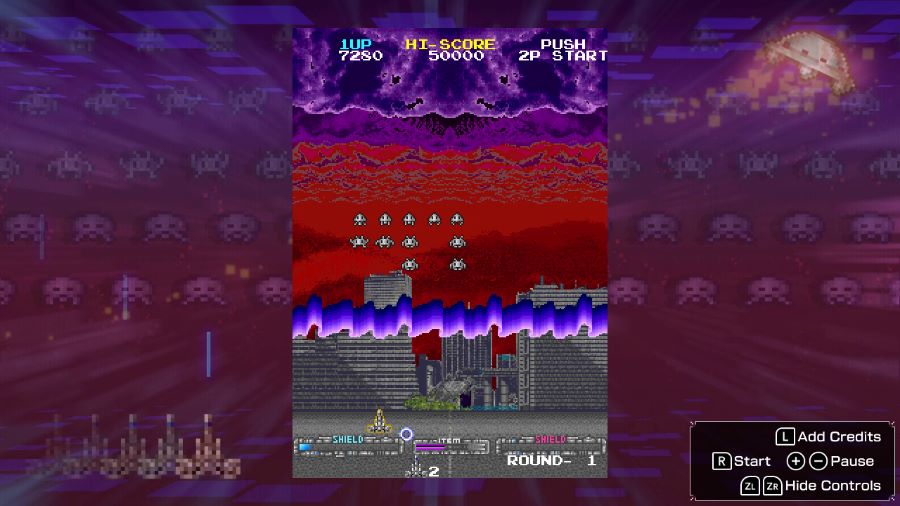 And then, we get to Majestic Twelve: The Space Invaders Part IV. This one was released in arcades in the year 1990, and it introduces a bunch of new aliens as well as new power-ups, a shield to protect your spaceship, not to mention a greatly revamped look for the classic series. You can select what level you’ll take on, defend cows from being abducted by UFOs, take on boss battles, and your spaceship will change its appearance depending on what stage you’re taking on. Super Space Invaders ’91 is, in general, the same game as Majestic Twelve: The Space Invaders Part IV, but it doesn’t feature the zone selection option. 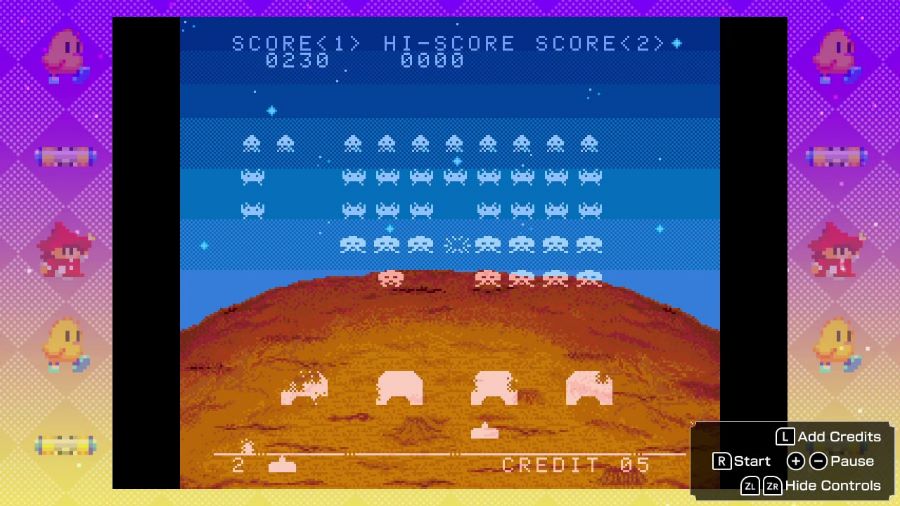 The next one on the list is Space Invaders DX, which launched in 1994. The game is sort of a remake of the original Space Invaders as a celebration of the long-running series. You can play it in its original mode, in versus mode, or in parody mode, which showcases characters from other Taito games such as Arkanoid, Darius, or Bubble Bobble. The versus mode will have you shooting down aliens to send extras to your opponent’s playing area as you try to keep the ones on your area from reaching the bottom.


Also included in the collection are two Taito arcade games: Lunar Rescue and Space Cyclone. Lunar Rescue has you controlling a spaceship that is on its way to the moon and back. When trying to reach the moon, you’ll have to avoid enemies as best as possible. Once you’re on your way back, well, then it’s time to destroy them. Space Cyclone is a rare arcade machine from 1980 in which you fight against insectoid cyborgs and UFOs. As an arcade cabinet, it’s certainly a bit rare. As a video game, it’s also a rare one since this is the first time it’s been ported to a home console! 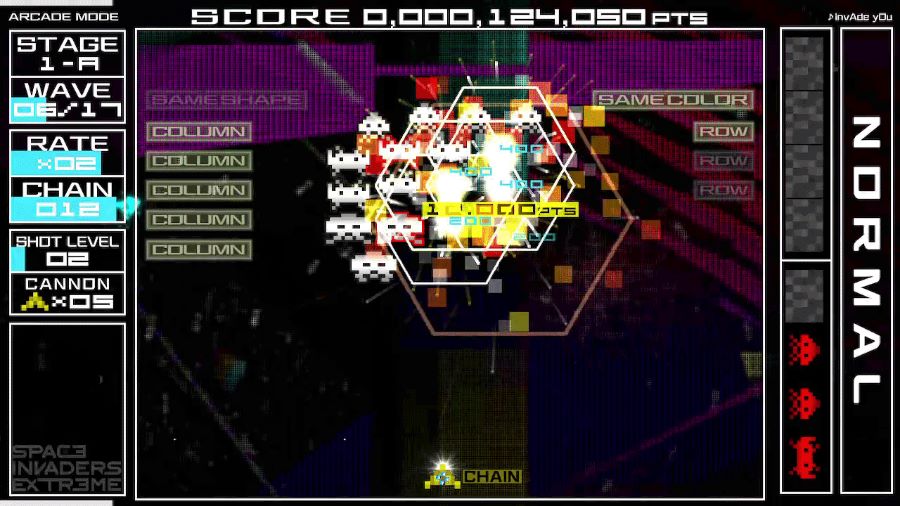 In most of the games in this collection, you’ll be playing either in a normal mode, which reproduces the original experience from back in the day or in a challenge mode with special rules. The collection also includes online leaderboards so that you can compare your score with gamers from around the world. You can change the number of lives you start with, add scanlines, select the screen size, and even rotate the screen for that very special arcade feel from playing on a vertical screen. That means that this one is compatible with the Flip Grip, so if you don’t own one already, you better sign up for the restock! 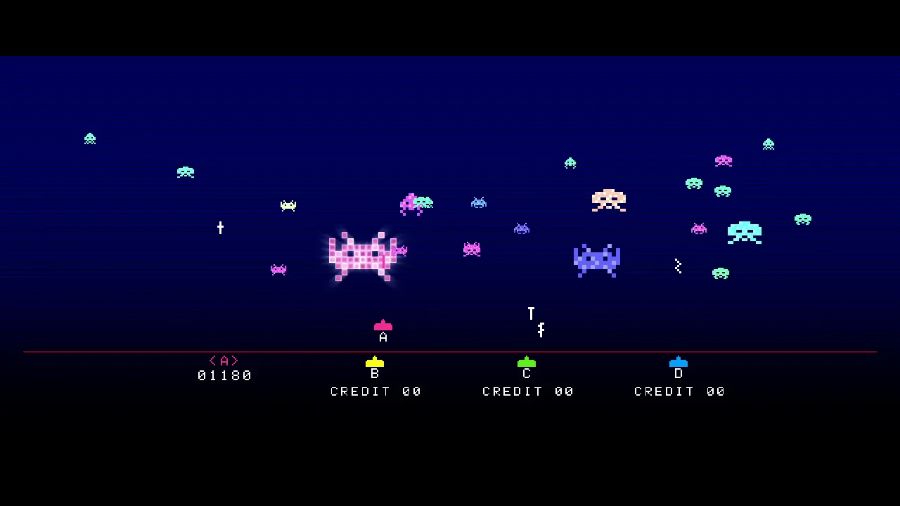 Space Invaders Invincible Collection is out on Nintendo Switch at a $59.99 price. While, yes, the price tag might seem a bit steep, you’re getting eleven games with your purchase that showcase the whole series from its first release to the trippy Extreme and Gigamax 4 SE releases. I definitely spent more than $59.99 playing Space Invaders alone back in the day in the arcade, so I highly recommend that you get this one right now. You can also get a physical version from Strictly Limited Games with some extra goodies, so be sure to click right here!

Disclaimer
This Space Invaders Invincible Collection review is based on a Nintendo Switch copy provided by ININ Games.

The Lightbringer Out Tomorrow On Nintendo Switch