Ruin Raiders from OverPowered Team and Freedom Games is a turn-based tactical roguelike on Nintendo Switch. Check out our Ruin Raiders review!


Ruin Raiders from OverPowered Team and Freedom Games is a turn-based tactical roguelike on Nintendo Switch. It presents a hardcore tactical experience in which any mistake you make will cost you, potentially leading to your raiders dying. Resources in each ruin you explore are limited, so you will need to make the most of what you have available – and of your abilities – to succeed. Enemies will show no mercy, and will go in for the kill whenever they can. There’s going to be a lot of trial and error during your time with Ruin Raiders, as you learn from your mistakes. 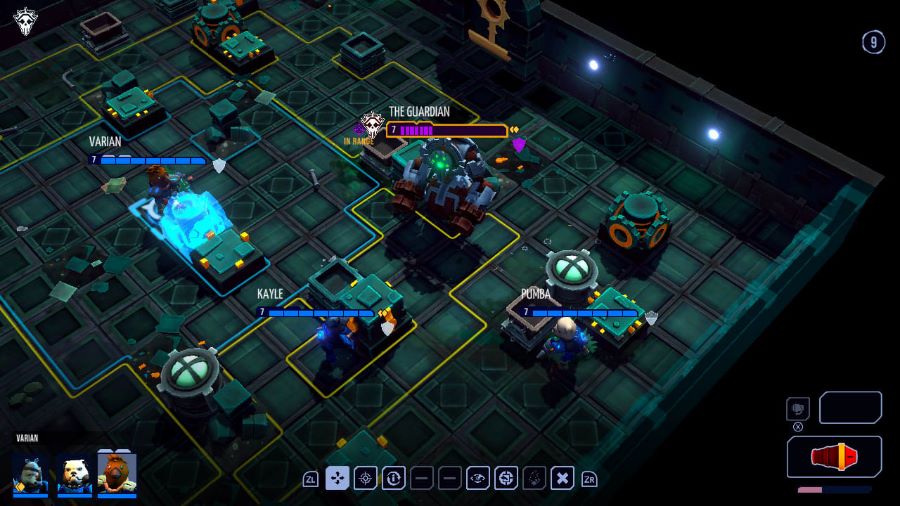 When exploring, you will move your team with the left analog stick as you go from room to room. You can interact with objects with the A button, so that you can interact with switches to open doors, or collect useful items. Always loot any chests you find, since their contents can end up saving your life! You never know when a grenade could be extremely useful for dealing with a challenging fight. On that note, whenever you find some new items, be sure to open up your inventory and equip them!


Once you’re in a fight, you will need to move each of your units around the battlefield to try to outflank and outsmart your opponents. Each of your characters will have two action points (AP) for each turn. You can use an AP to move one of your characters, and then use the other one to attack your opponents. Make good use of any cover you can find in each area, so that you can protect your characters from any potential damage. You’ll move a cursor around the screen with the left analog stick to select where you’ll move each character, and can then press the A button to confirm your action. 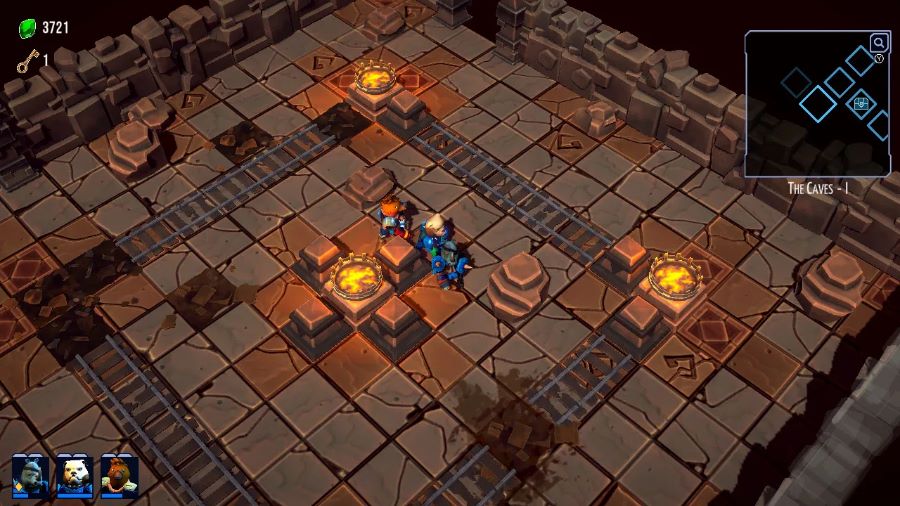 When one of your characters has an opponent within its range, you’ll be able to target them and attack to try and deplete their hit points (HP), which are represented by the red bars over them. Be sure to pay attention to where each of your opponents is located, so that you don’t end up wasting an action point by trying to shoot them when they’re standing behind high cover that protects them. You could also decide to use both of a character’s AP to move over a longer distance, in order to better position your units to attack during the next turn.


If one of your teammates faints after receiving too much damage, you can use your other units to try and heal it. Perhaps the best option would be to set one of your units into overwatch mode, so that they attack any enemy that moves within their line of sight, while you position another character closer to the fainted unit. After a battle is over, each unit will gain experience points. Once a unit collects enough experience points, it will level up, boosting its stats and skills. The higher a raider’s level, the better its accuracy, and its HP will also receive a boost. After defeating your opponents, you can also be rewarded with some loot – such as, say, a medkit – and collect some Entium, which is the in-game currency used in Ruin Raiders. 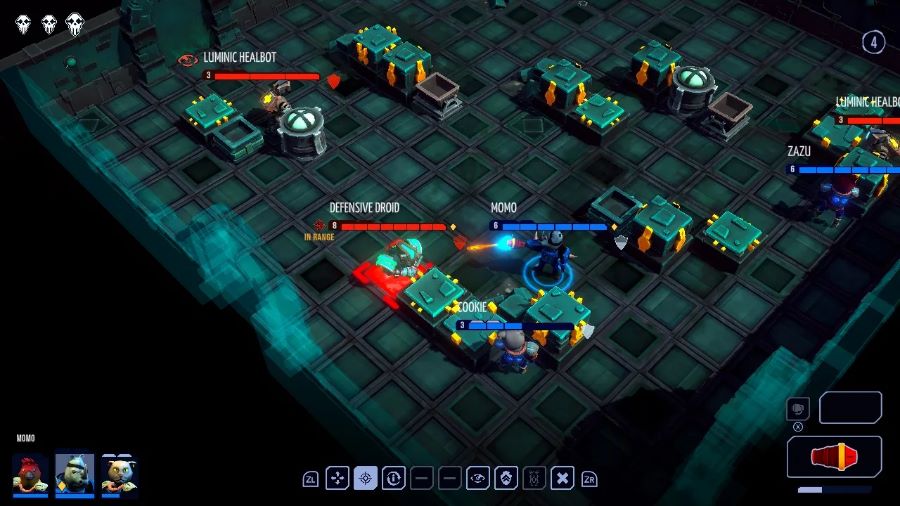 Entium can be used to repair and boost your structures. You could, for example, upgrade your communication tower form a radio station to an array antenna. Why would you want to do this? Because, at first, with the radio antenna you will only be able to draft dogs, birds, and rhinos to your cause. Once you have an array antenna, you will also be able to draft cats. One structure that you should definitely upgrade as soon as possible is the training ground. You start with a set of barracks, which will only allow your units to reach level 2. Upgrade these to an obstacle course, and your raiders will be able to reach level 3, which grants them a considerable boost to their stats. Oh, and upgrade your warehouse, since any Entium that goes over the warehouse’s storage limit will be lost when you enter a ruin!


Speaking of which, each unit you can add to your raiders squad will have different stats for you to consider. These include health (how many HP it has), accuracy (the odds of their attacks hitting enemies), armor (if they have any extra defense against attacks), mobility (how far they can move during each turn for each action point you spend), launch (how far they can throw things), and if they have any base resistance. Raiders will also have a core skill that can help you, such as an accurate shot that never misses, being able to replenish one AP to an ally within four squares from a unit, or hardening, which grants three armor points for one turn. Leveling up will also unlock special skills for your units, such as adding to your launch stat, or increasing a unit’s critical hit chance. 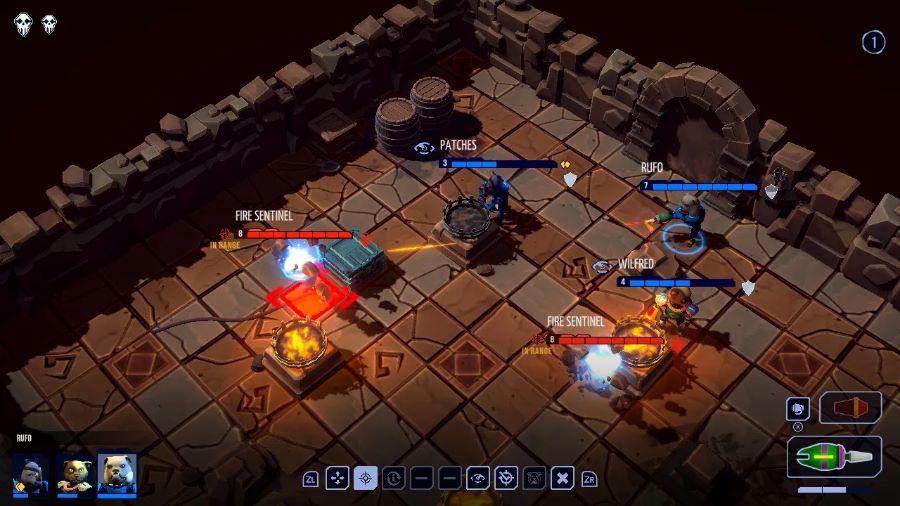 You can also use Entium to craft items based on any blueprints you have. For instance, a medkit can be crafted by spending 220 Entium, so that one of your units can heal up to three HP to itself or to a raider standing right next to it. There might also be a merchant or two down in the ruins with whom you could do some business, buying a new weapon, an extra medkit or two, or maybe an Entium core! Entium cores are important since they allow your raiders to equip special skills, such as the aforementioned accurate shot.


Ruin Raiders is a good option for fans of turn-based tactical roguelike games. You’ll be pushed to explore “just one more ruin” as you try to collect enough Entium to make one more update to your structures so that you can make some permanent progress that will make the next run a bit easier. The game’s art style does feel a bit generic at times, but the gameplay is what really helps this one keep you coming back for more. Ruin Raiders is out with a $19.99 asking price. 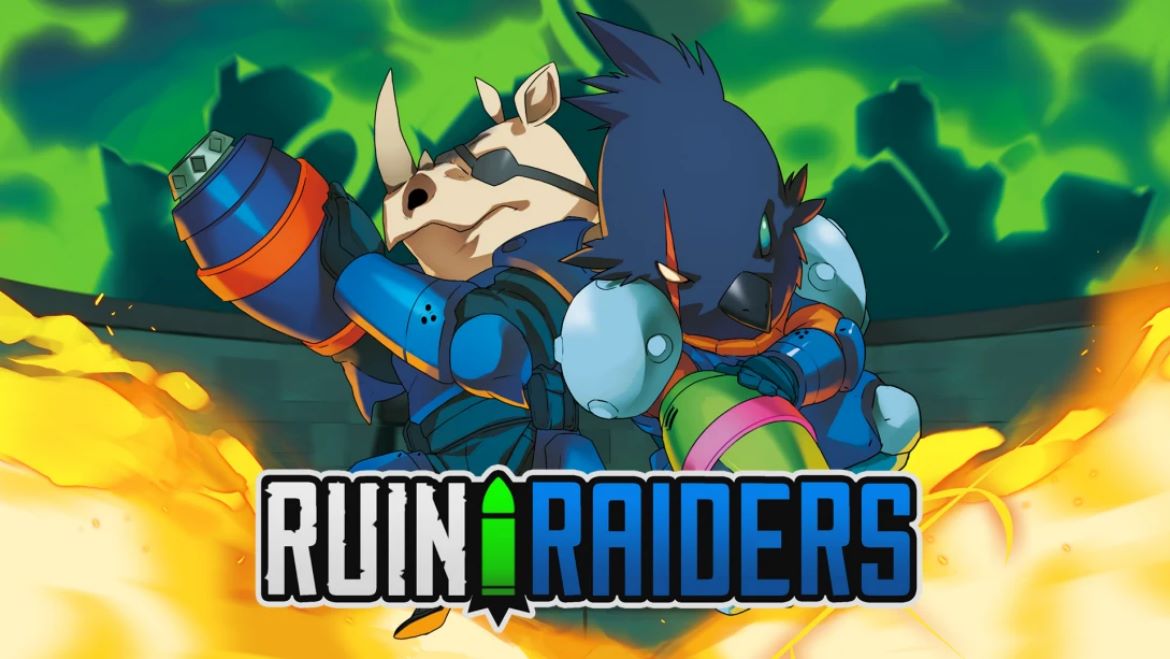 Disclaimer
This Ruin Raiders review is based on a Nintendo Switch copy provided by Freedom Games.

Inspector Waffles Up For Preorder