Gelly Break Deluxe from ByteRockers Games is a colorful 3D platformer for up to two players on Nintendo Switch. It’s a new take on the studio’s Gelly Break, expanding on its content. The team has now added a story and improved things here and there, making this the definitive version of the game. You’ll be tasked with saving the Gellies home planet from the Evil Blob. This adventure will have you controlling Gel and Lee as a team, either on your own or with a local co-op partner, as you run and jump through each area. 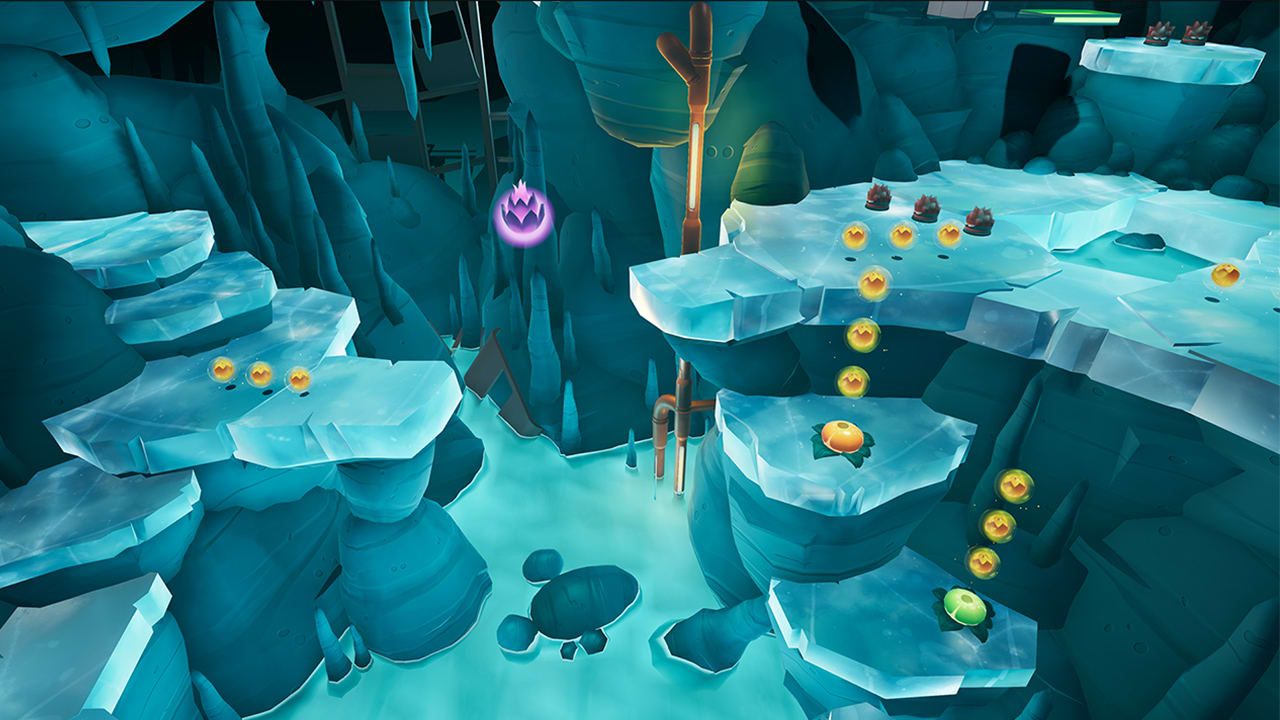 The game was originally released three years ago as Gelly Break on the Nintendo Switch, and it’s now back as a Deluxe version that remasters all of the game’s content while also expanding on what is included. Thanks to this, you’ll play through sixteen levels, ranging from a fiery volcano to an icy cavern all the way to the clouds! The levels will be split into six worlds, which means you’ll eventually be fighting against six bosses, each one with its own movement and attack pattern that you’ll have to learn to defeat them on your quest to save all from the Evil Blob.


The controls are simple and to the point. You’ll control your character with the left analog stick, jumping with the R or ZR buttons to go over any obstacles on your path. The longer you hold down the R or ZR buttons, the higher your jump. Gellies can move over platforms that match their color, which is why one character is green, and the other one is orange. When playing on your own, you’ll be controlling both characters at the same time, so you’ll have to switch between who is riding who by pressing the L or ZL buttons. 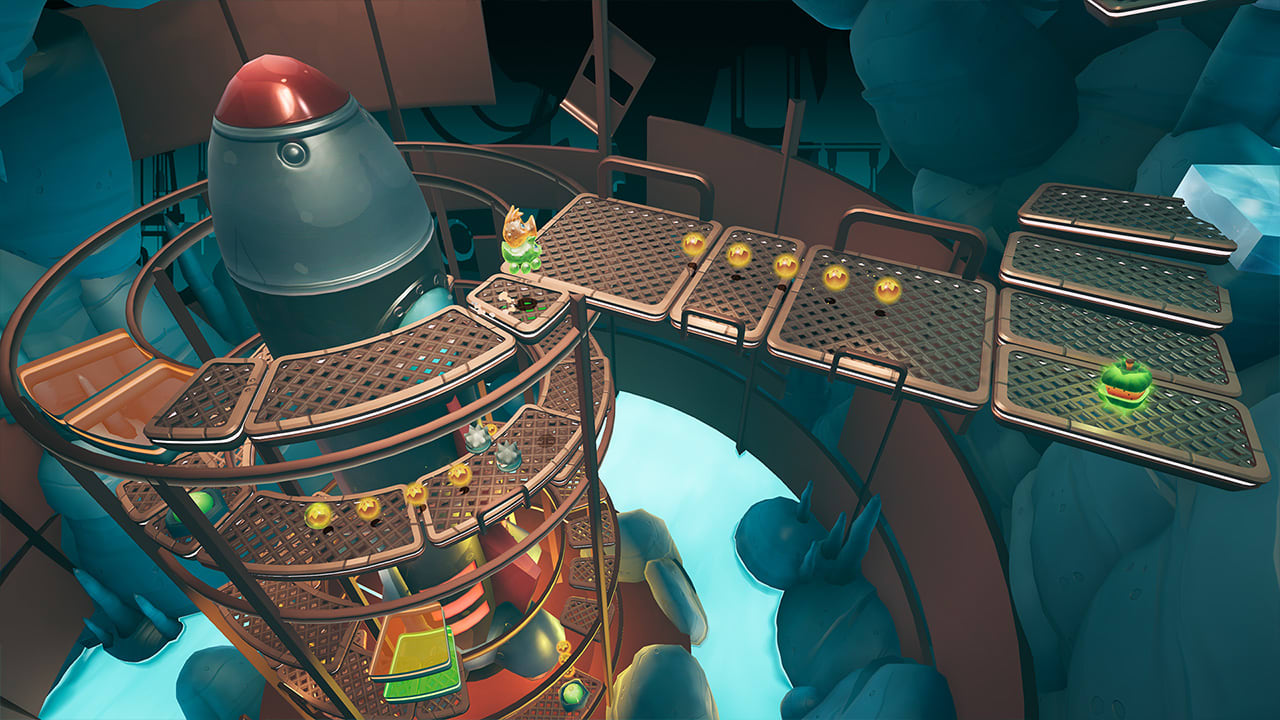 The upper gelly can shoot projectiles by aiming with the right analog stick, giving it a bit of a twin-stick shooter feel. You’ll be using this to get rid of the enemies that attack you, with some of them requiring you to break their crystal shell after shooting them for a bit. Switching around between the gellies will allow you to break glass. This can also be used to clear a path or to free one of the captured gellies you’ll find on each stage. 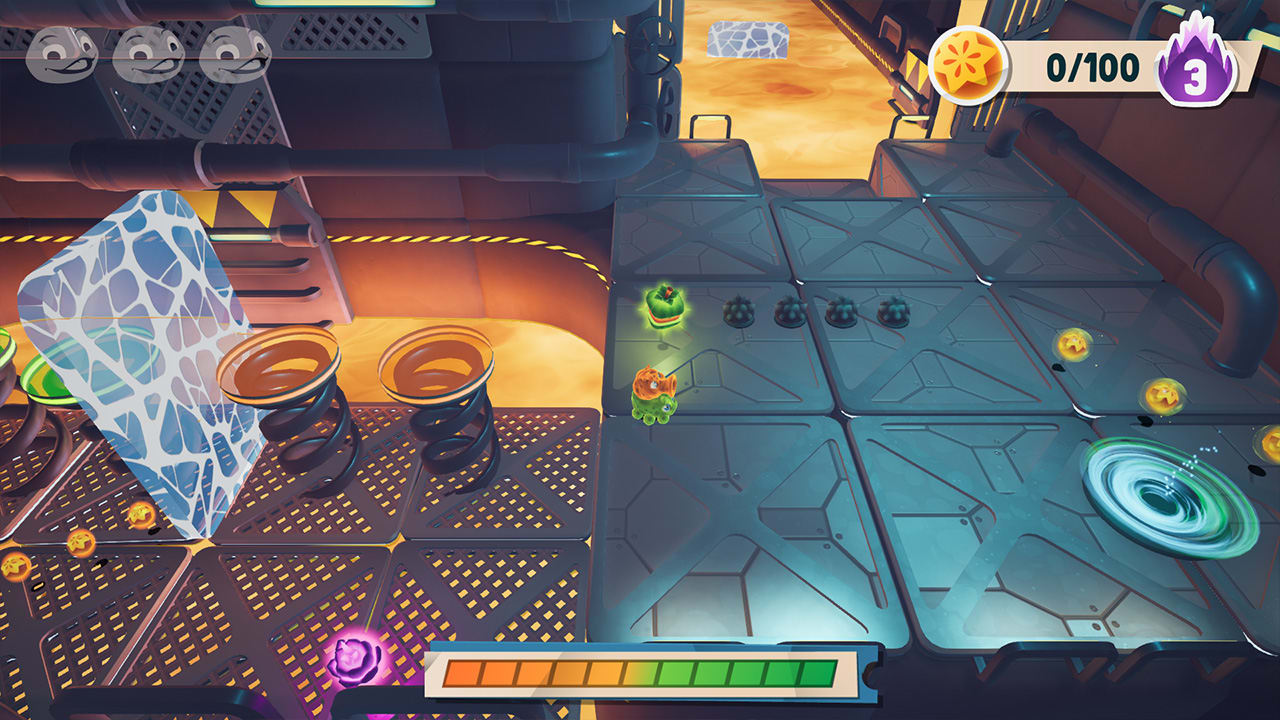 Each of the non-boss stages will have three captured gellies locked inside of crystal tubes, and you must break them free to save them once you complete the level. You can see which gellies you’re rescued in a level as they light up on the upper left corner of the screen. This is important since some levels will be locked, and you will only be able to play them after you save a specific number of gellies, so be sure to save as many as you can along the way!


Each level will have tons of yellow collectibles for you to pick up. Once you manage to get 100 of these collectibles, you will be rewarded with an extra life. You can also find items that will instantly grant you an extra life, which is of a purple hue and looks like a spiky sphere. The game is not too hard, so if you have some experience with 3D platformers, you shouldn’t end up dying more than a couple of times during the trickier platforming sections or the arena-style areas where the game throws a ton of enemies at you. 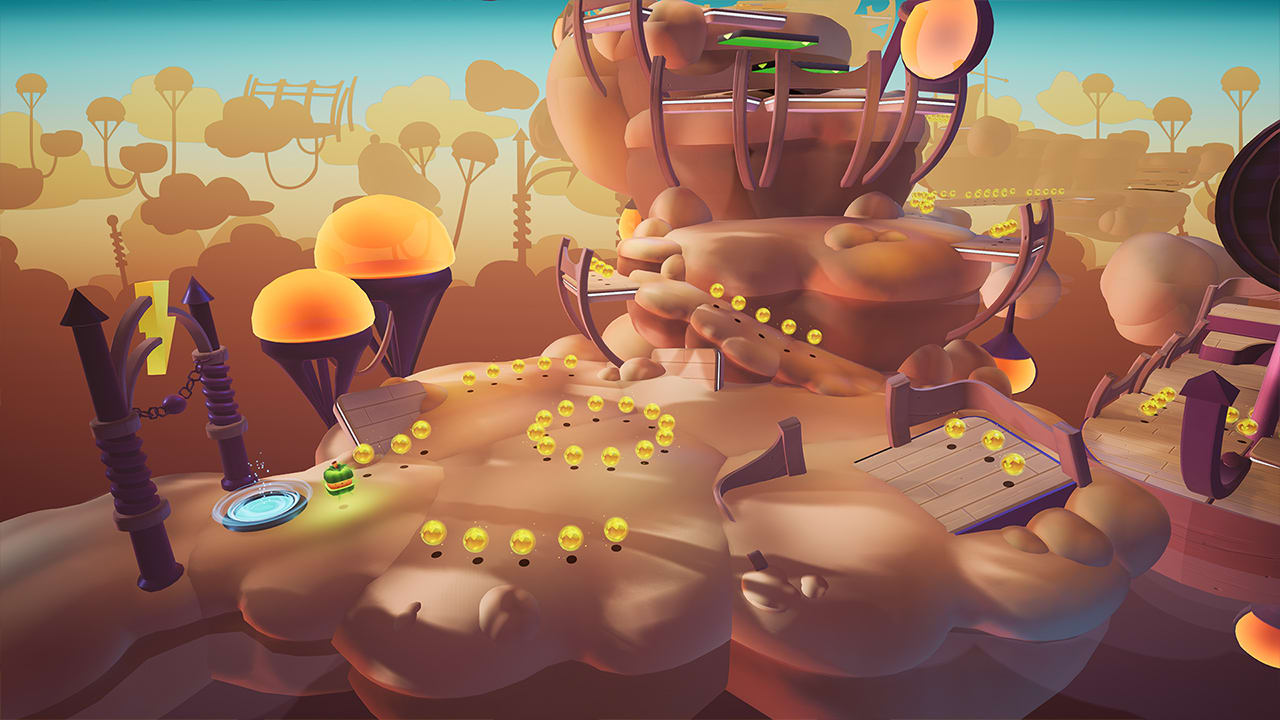 Gelly Break Deluxe is a fun Rated E for Everyone 3D platformer that has been revamped for this Nintendo Switch experience with new content to make it the definitive version. It’s a game you can play on your own or with a local co-op partner and a good option for playing with your kids. Gelly Break Deluxe is out on Nintendo Switch with a $19.99 price.

Disclaimer
This Gelly Break Deluxe review is based on a Nintendo Switch copy provided by ByteRockers Games.

FATAL FRAME: Maiden of Black Water Out This Month