There’s a lot of great news for collectors from Elden Pixels, so I got in touch with Mikael Forslind to talk about this. Are you ready?

PS4Blog: Good morning Mikael! How are you doing today?

Doing pretty good, I think. It’s been a lot of work getting all the materials and announcements ready, but here we are, with a bunch of cool new stuff recently announced! 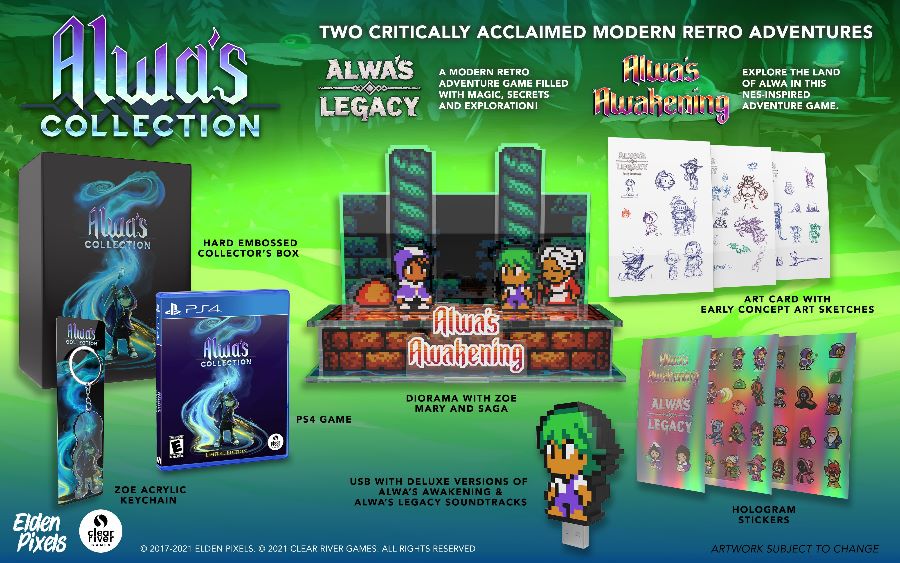 PS4B: It’s been a very interesting week, with the announcement that Alwa’s Awakening and Alwa’s Legacy are getting a physical Nintendo Switch and PlayStation 4 release under the Alwa’s Collection Limited Edition by way of Limited Run Games. What can you tell us about this big box of awesome?

It contains both games on either a PS4 disc or a Nintendo Switch cartridge and a lot of extra goodies as well, such as early concept art prints, a USB stick with the deluxe editions of the soundtracks, a huge diorama, a keychain, and a bunch of cool stickers! We’re so happy to have partnered up with Clear River Games to bring both games in a physical release. People have been asking for years, so it was about time! 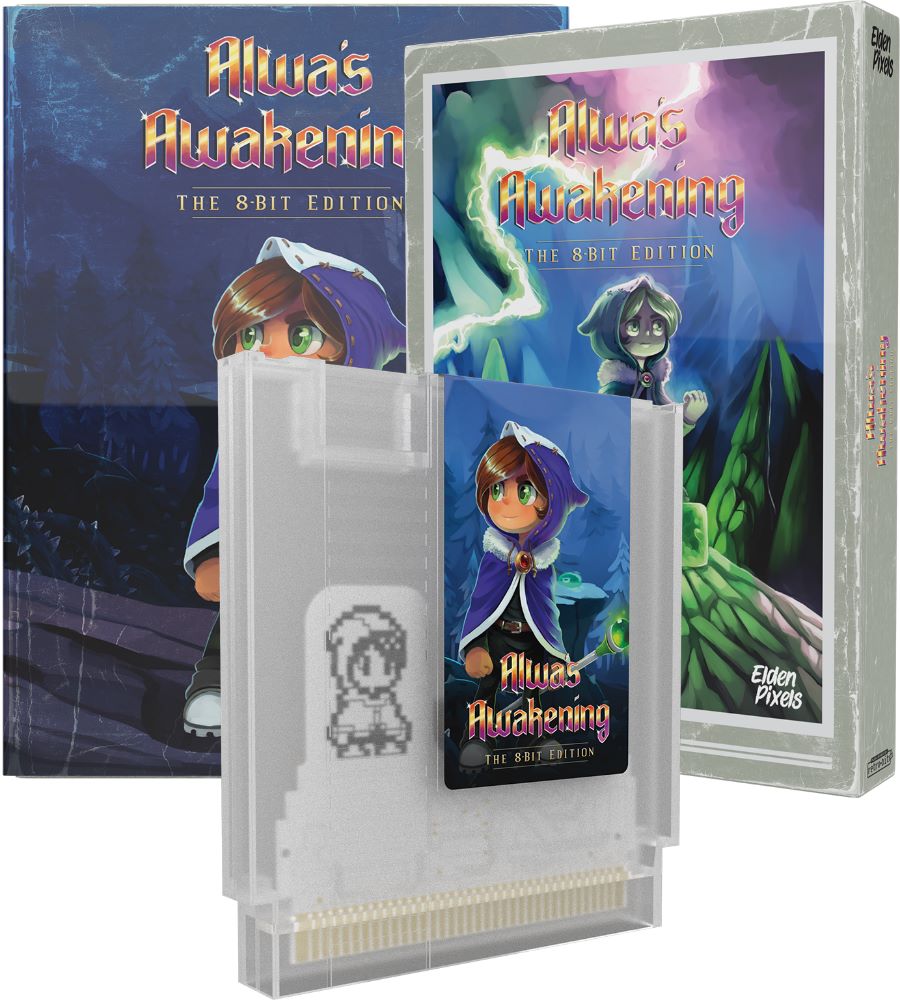 They play and sound mostly the same. The biggest difference is we’ve adjusted the rooms to fit the NES resolution of 4:3 instead of the normal HD resolution of 16:9, but besides that, they are very similar! The main difference is we’ve added two new areas and tracks as well as a completely new and exclusive dungeon! What a weird feeling to revisit a game that was made years ago, port it to NES, and then add new stuff to it! But the game came out great, and it’s going to be fun to hear what people think! 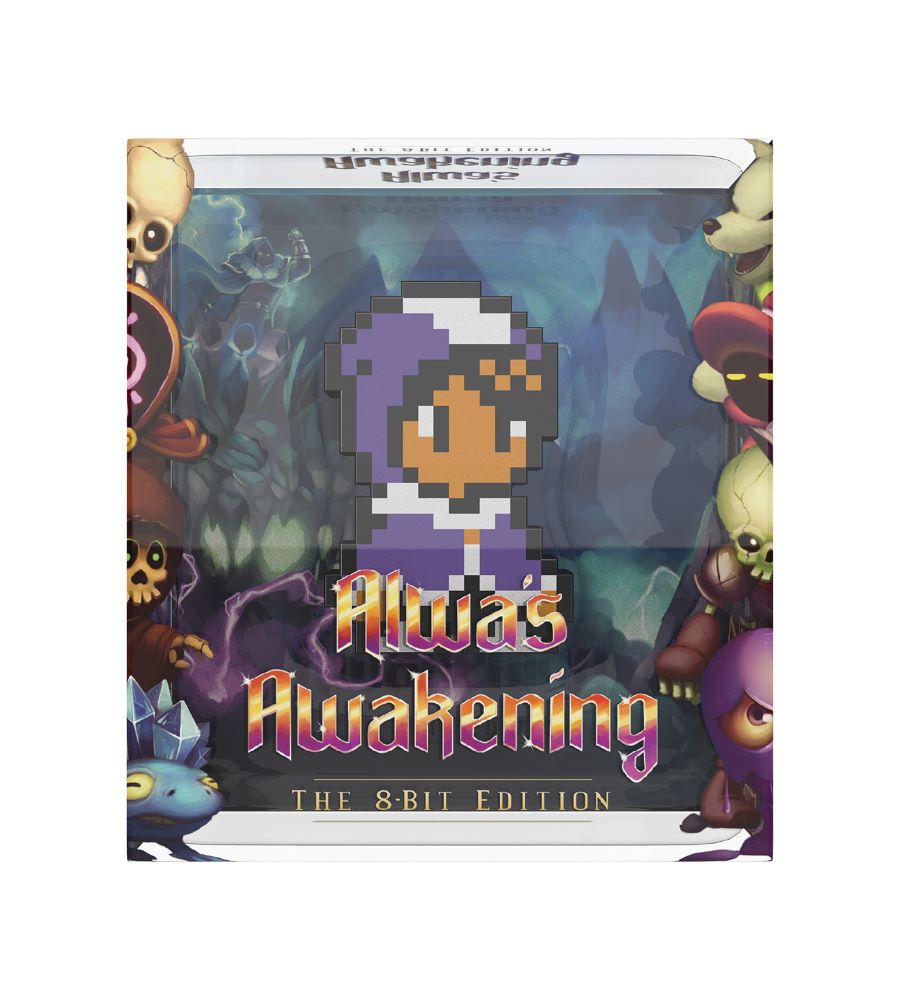 PS4B: And on top of this, Retro-Bit is also working on a separate release for Alwa’s Awakening under the Digical initiative. What IS a Digical release?

It’s the NES game as a ROM file on a USB stick. Our publisher Retro-Bit came up with this idea because we realize that in 2021 everyone probably doesn’t have their old NES still hooked up, so we wanted to give those players the chance to still experience the game without any of the hassles of trying to get the game on NES. With the Digical release, anyone can just get the ROM on the USB and pop it into an emulator, and play on their PCs. 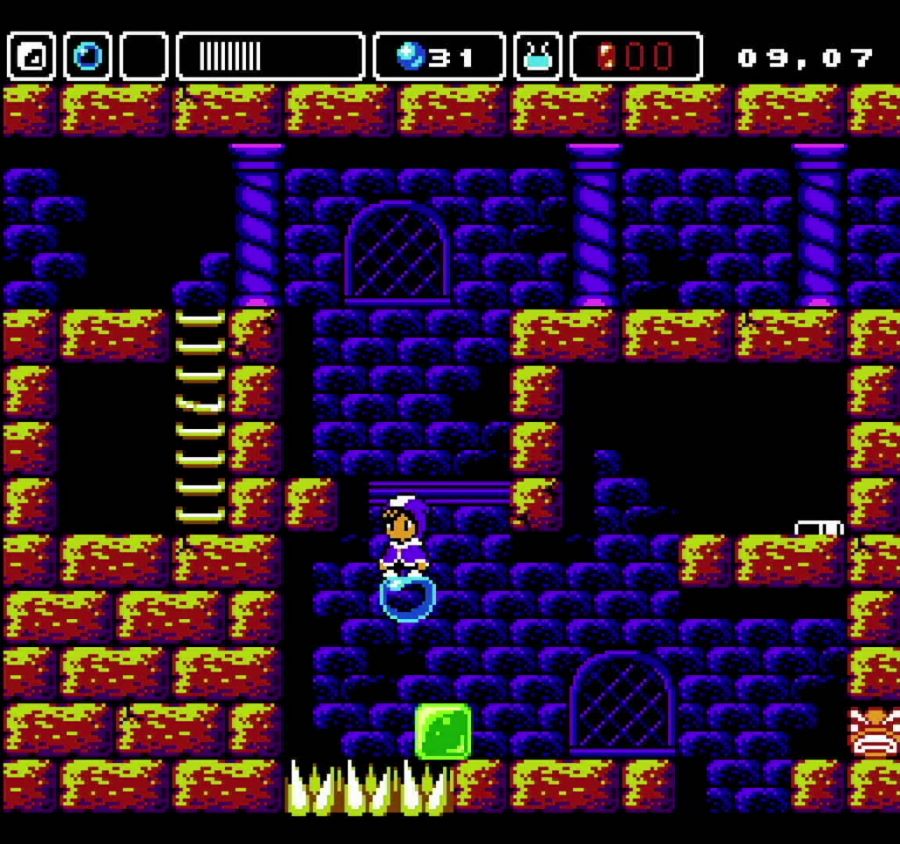 P4B: And now it’s time for us to go. Would you like to add anything else?

We’re also busy with something new so stay tuned in 2022 for more information about the current game we’re working on!