Super Hiking League DX from Bit Ink Studios and QUByte Interactive is an old-school infused arcade-style game on PS4. An evil wizard is making the mountains disappear in order to make the world completely flat! As part of the Super Hiking League, it’s up to you to stop him before it’s too late. In order to do this, you’ll have to compete with other members of the Super Hiking League. The objective of the game is simple: collect the Magic Gem at the top of the level to win! Now… getting there? That’s the tricky part. 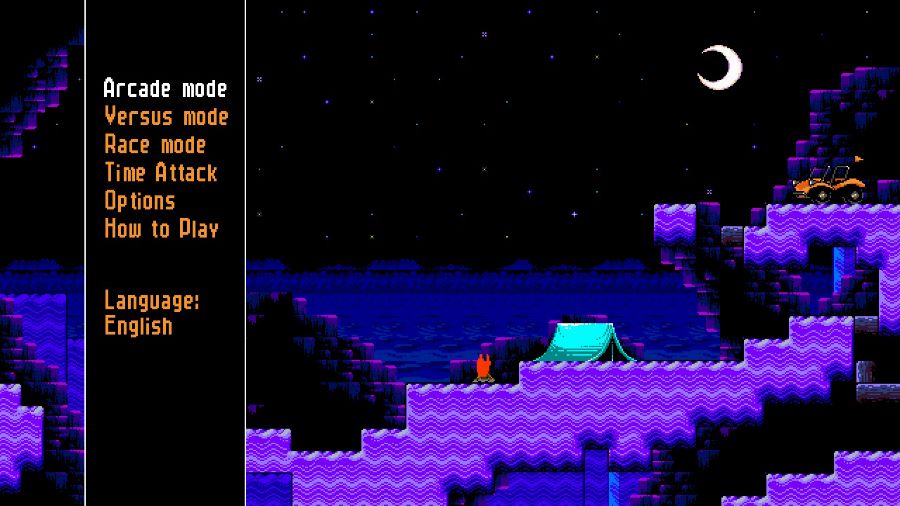 You’ll control your hiker with the left analog stick or the D-Pad, jumping as needed by pressing the X button. The Square button can be used to attack so that you can defend yourself against enemies or other competitors. If the path to the gem is not an easy one, you can use your plastic rope with the Triangle button to attack it to flower spots in order to climb and gain a considerable climbing boost. By timing things just right and pressing the X button at the proper height, you can be propelled to great heights in seconds! You can select between the rope swinging up and down automatically, moving freely and releasing the button to have the rope attack automatically, or manually control the rope, which is a bit harder but allows you to gain more height from your jump by timing it just right. 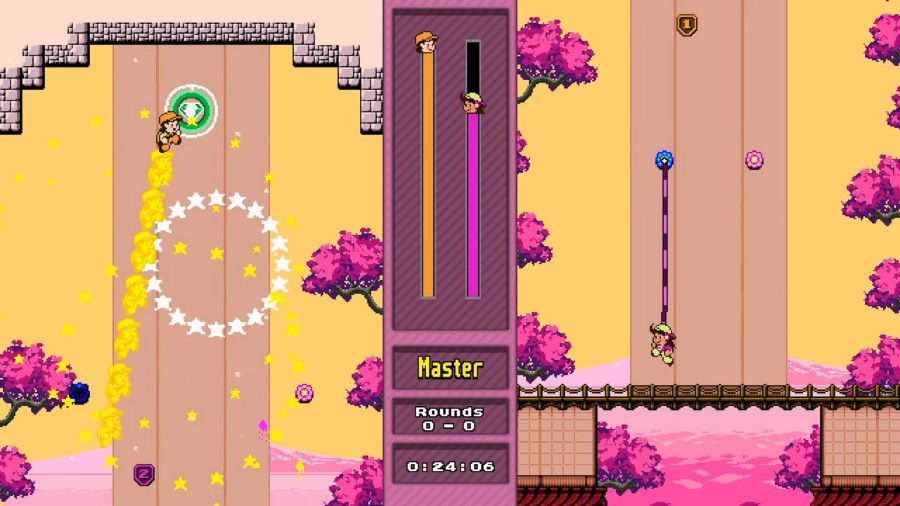 Super Hiking League DX offers four different gameplay options. There’s Arcade Mode, which is the main one for this release, offering what we’d call a Story Mode. You can play this one in Beginner, Normal, or Master difficulty setting, with trophies tied to beating the Mode in each difficulty – more on the game’s trophies in a bit. It is here that you’ll compete against the other members of the Super Hiking League to collect the gems as fast as possible in order to stop the evil wizard. 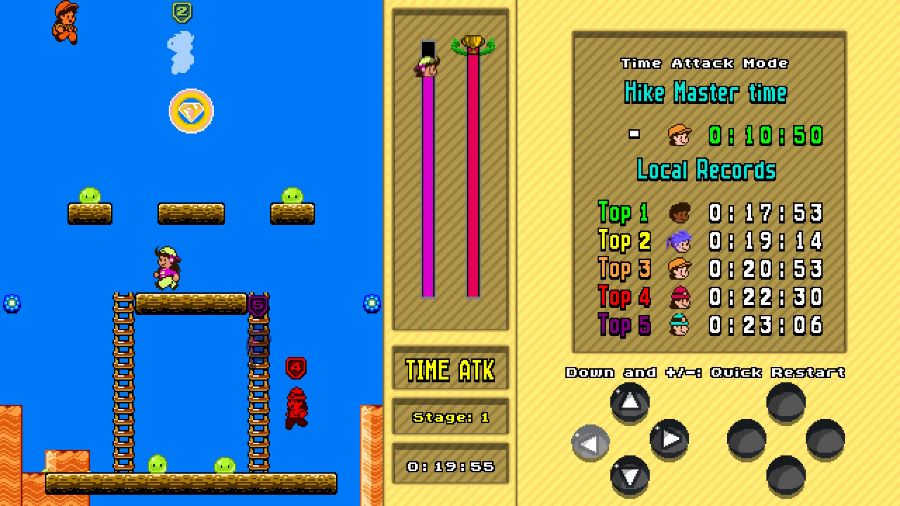 There’s also Versus Mode, which allows you to challenge a friend in local multiplayer to see who is the best at hiking – or you can challenge the AI and set the difficulty as low or as high as you want. Race Mode has you playing against the AI at increasingly more challenging difficulty levels in order to reach the gem to prove your skills. And then there’s Time Attack Mode, which will ask that you beat or at least match the times of the Hike Master in order to progress through each of the 54 available stages.


As for the trophies, Super Hiking League DX features a full trophy list with a Platinum trophy, but it’s not going to be an easy one! This is because several of the trophies will be tied to you beating the AI set to the Master difficulty in the Race Mode, as well as beating – or at least matching – every single time for the Hike Master in Time Attack Mode. That’s on top of beating the game’s Arcade Mode in each of the difficulty settings, continuing after you’re defeated, and having five ghosts at the same time in any of the levels for Time Attack Mode.
You can configure the game’s look by popping into the Options menu. Given the game’s pixel look, you can change the shader that is being applied to the screen, selecting between the Crisp, CRT, 5xBR, Vintage, Virtual (as in Virtual Boy), or Grandpa (as in classic Game Boy). There’s also the option of changing the screen curvature when using the CRT, Vintage, Virtual, and Granpa filters, to give it that old-school look and feel. There’s also an option for activating or deactivating the camera shake when playing. You can also change the balance between the music volume and the sound effects. 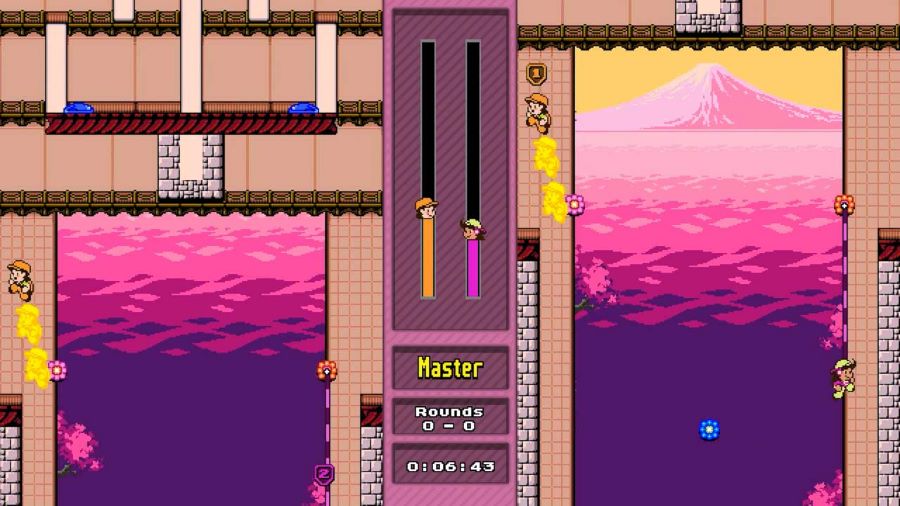 Super Hiking League DX is an old-school infused arcade-style game on PlayStation 4 that pays homage to the look and feel of the classic Nintendo Entertainment System games of ages past. It features very easy-to-understand gameplay mechanics and a very addictive gameplay loop that will keep you coming back for more, thanks to the different gameplay modes it has to offer. Super Hiking League DX is out on PlayStation 4 with a low $4.99 price, making it an easy one to recommend on Sony’s console.

Disclaimer
This Super Hiking League DX review is based on a PlayStation 4 copy by QUByte Interactive.