Sonic Colors: Ultimate updates the classic Nintendo Wii game from Sega for a new generation. The game was originally released for the Nintendo Wii way back in 2010, and it presents a story in which the evil Doctor Eggman has enslaved an alien race known as the wisps. Why? Because he plans to use them to provide energy to his interplanetary amusement park! You must, therefore, run as fast as possible through each level as you release as many wisps as possible before fighting the area’s boss. 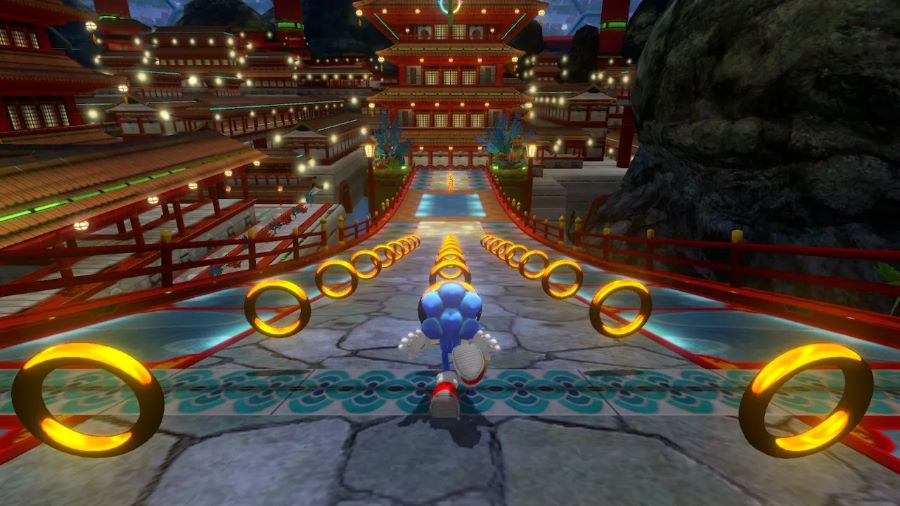 Sonic Colors: Ultimate game will have you switching around between a 2.5D experience similar to the old-school Crash Bandicoot games, followed by some segments on rails where the camera moves around you, to areas where the action will be presented from a more traditional 2D view. This will be combined with some areas where you can quickly change between three “lanes” – which will be signaled by an arrow at the bottom of the screen with sharp angles – and some areas where you have to drift to maintain your speed –signaled by an arrow with curves.


You’ll run around with the left analog stick, jumping with the X button to then use your homing attack by pressing it again once you’ve targeted an opponent. You can also boost or drift with the Circle button and slide with the Square button. As mentioned before, the twist for Sonic Colors: Ultimate is that you’ll be able to use the power of the colorful wisps by pressing the R1 button to aid you on your adventure. The further you progress in the game, the more wisps you’ll find, which will change how you approach each act. 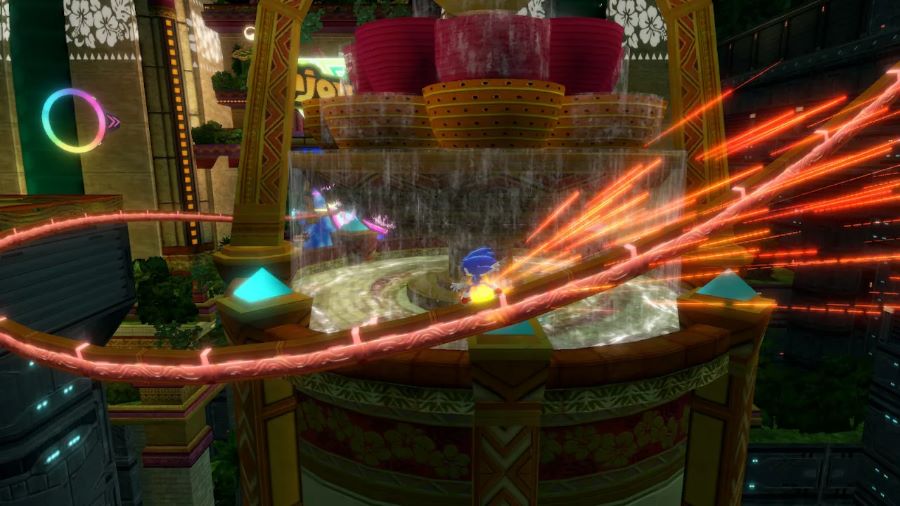 As you find new wisps, they will start to appear in all levels, trapped in capsules that you’ll need to break. Collecting white wisps will add energy to your boost gauge so that you can add a significant speed boost to Sonic’s run. Blue wisps will allow you to quickly dash forward as you travel by way of a laser ability. This can also be used to enter special contraptions that will allow you to take alternate paths through some levels. Grab the jade wisp, and you’ll transform into ghost form, flying as you target enemies through solid objects. It’s a fun gimmick that keeps the whole experience feeling fresh.


For each stage, you’ll be rated based on your performance. Your grade will depend on how long it took you to beat a level, how many rings you collected, how many red rings you got, how many park tokens you added to your total, and how many enemies you defeated to boost your score. You can even jump and hit your score and rank to release some extra rings while a timer counts down on the lower part of the screen, as a nod to how you could continue to jump in the original Sonic the Hedgehog game after passing through the exit sign. 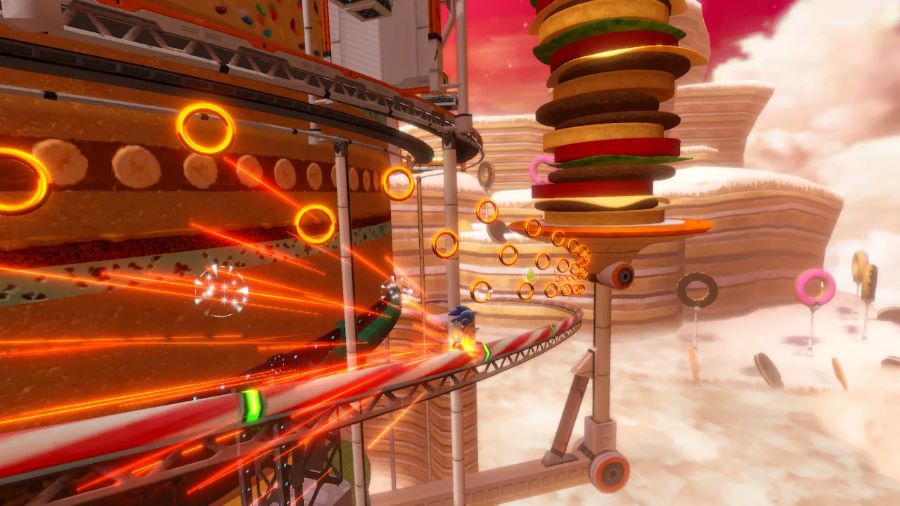 As you play the game, you’ll collect a bunch of park tokens, which can be used to purchase items to customize Sonic’s look. These include a ton of gloves in a variety of colors and designs (such as pink, yellow, cheetah, grid, zebra, chrome blue), shoes (you could change from the default red shoes to, say, jade or cyan shoes), colorful auras (an ice or fire aura would go nicely with Sonic’s high speed), change how Sonic’s boost looks (may I suggest a light boost for your journey?), or you could unlock player icons showcasing characters such as Rhys and Mika from Phantasy Star, Knuckles from the Sonic the Hedgehog series, AiAi from the Super Monkey Ball series, or maybe Baby Sonic from the movie!


As expected, Sonic Colors: Ultimate has a full trophy list with a Platinum trophy for you to unlock, and it’s not a hard one! You’re probably looking at 10 hours or so to unlock all of the trophies on this list, which is split into 34 Bronze trophies, 9 Silver trophies, and three Gold trophies. Since you can replay all stages and boss fights, that means that none of the trophies are missable. To name some examples, you’ll get trophies for completing each of the game’s acts, for defeating each boss, for beating each boss in a specific way, for 300 coins in a single level, for defeating 100 enemies with the homing attack, for getting an A ranking, for obtaining an S ranking, for collecting all red rings in a level in a single run, and for completing 100% of everything there is to do in each area. 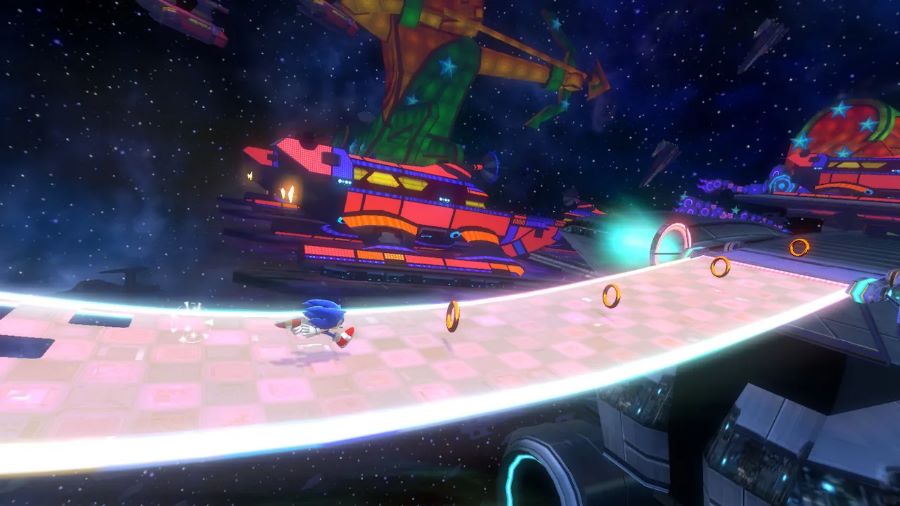 Sonic Colors: Ultimate sets out to bring a game that was originally released back in 2010 to a new generation of hardware, and it does a good job of making the game segments pop. The cutscenes do look a bit muddy, but other than that, there’s not much to complain about this one. If you’re a Sonic fan who didn’t experience this one back in 2010 – or who is ready to take it for a new spin on PlayStation 4, then you’re going to have a blast. You can get the game either as a standard edition from the Nintendo eshop or at retail, buy the digital deluxe edition, which adds a DLC Music pack and a DLC Cosmetic pack for customizing Sonic’s look or buy the game and then get each DLC separately.

Disclaimer
This Sonic Colors: Ultimate review is based on a PlayStation 4 copy provided by Sega.

Aeon Drive Out Next Week