Racing through a synth-fueled acid dream as you save the world? Sure, why not? It’s time to check out our NeonHat review!

Dodging and shooting your way against the dangers of the Synthwave skies, compete against others like you in the global leader boards, and leave your mark in this neon-soaked universe.

Get ready for the absolute immersion; Realistic flight, authentic sensations. Either with the PlayStation DualShock, or the PlayStation Moves, choose your way to pierce the skies!

Embrace the ultimate test of skill for PlayStation VR, with its own 3D Manoeuvring System; completely free of dizziness, intuitive and frenetic, will you be able to rise to the top in each of the 25+ levels?

Find it now, and make the skies yours, in NeonHat.

NeonHat is an interesting PlayStation Vr racing game that I didn’t see coming. It’s a synthwave inspired racing game that pits you against drones to, I guess… save the world! Shoot your way through the synthwave skies as you try to outperform other gamers from around the world. 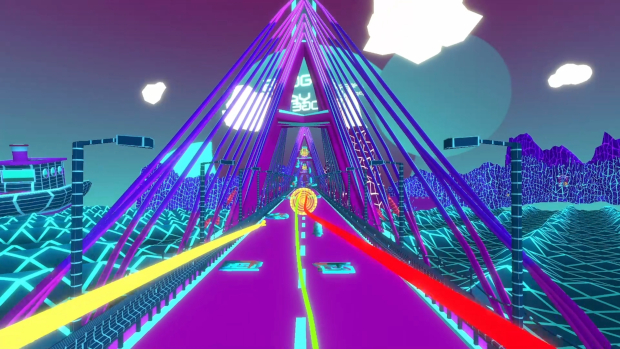 You can play NeonHat either with your Dualshock 4 or use the PlayStation Move controllers. While you have the option, I suggest you use the PlayStation Move controllers to get the best experience possible. Now in terms of racing, it feels like they took a page out of Marvel’s Ironman VR with the way your hands act as thrusters as you fly around these virtual tracks. It’s actually pretty a pretty good locomotion system that didn’t make me feel queasy, which is always a plus when playing on PlayStation VR.


You race around the tracks against a few computer opponents. The races aren’t hard, so you shouldn’t have that much of a hard time getting the hang of things as you drift around the tracks in the 50cc and 100cc settings. It will take a little more work when playing in the 200cc settings since you’ll need to master your movement and combat at those speeds. 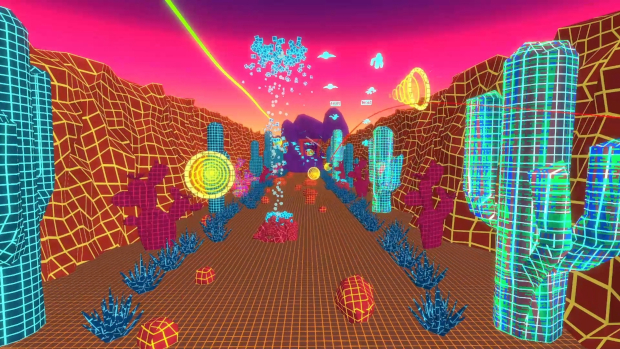 The tracks themselves are old wire framed models with rainbows puke all over them, creating a neon spectacle. They remind me of that classic Star Wars arcade game from the 1980s that had you flying an X-Wing. Every model was a wireframe, but that was black and white. It’s neat to see a modern game take cues from that aesthetic and throw in some extra visual flair with bright neon colors. I honestly adore it!


As you are racing around, there is some combat that you will engage in by attacking your computer opponents. It’s not too much and honestly doesn’t add a lot to the experience… that is until you reach a boss fight. They were by far my favorite part of the game. They show up sporadically after going through a few tracks, and, honestly, I wish there were more of them!

The soundtrack is the standout star here, with some really cool synthwave tracks as you race around the world. It adds to the whole experience, especially with its out-of-this-world visuals. I think that, as the kids would say, it slaps. Am I using that right? After playing the game, it made me want to listen to the soundtrack while driving around, which is a sign of a great soundtrack. 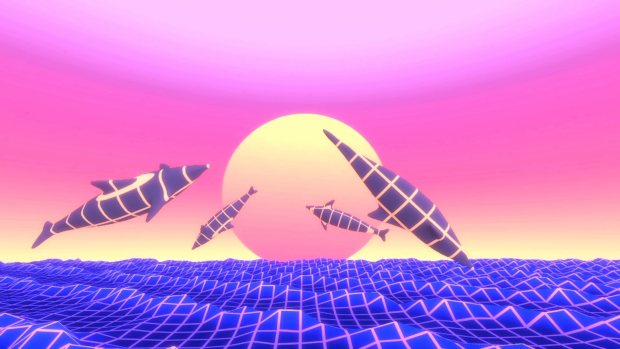 I do have a few issues to report. Number one is there isn’t a ton of content. You have your standard races, a mode called Pursuit where you follow enemies and have to beat them as quickly as possible, and the Extreme Derby where racing becomes much more dangerous with you taking damage for hitting walls and such. You need to master drifting to be successful in that mode. Honestly, it’s not a lot of content. Also, there are no multiplayer modes as well, meaning the AI opponents are your only option to race again. It doesn’t provide much of a challenge. 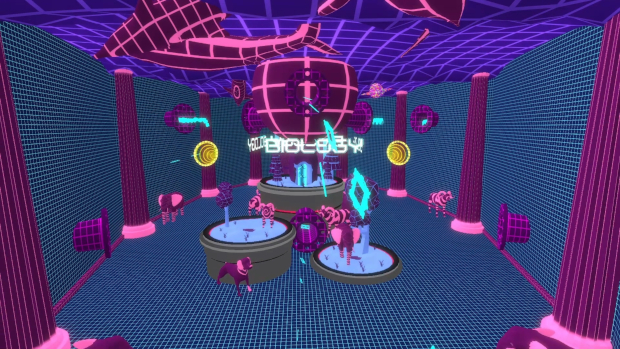 NeonHat is an interesting PlayStation VR experience that takes cues from Ironman VR, applying some of its formulas to a synthwave racing experience. The game looks and sounds great, with a solid soundtrack, but it’s held back from greatness due to a lack of content and multiplayer options. 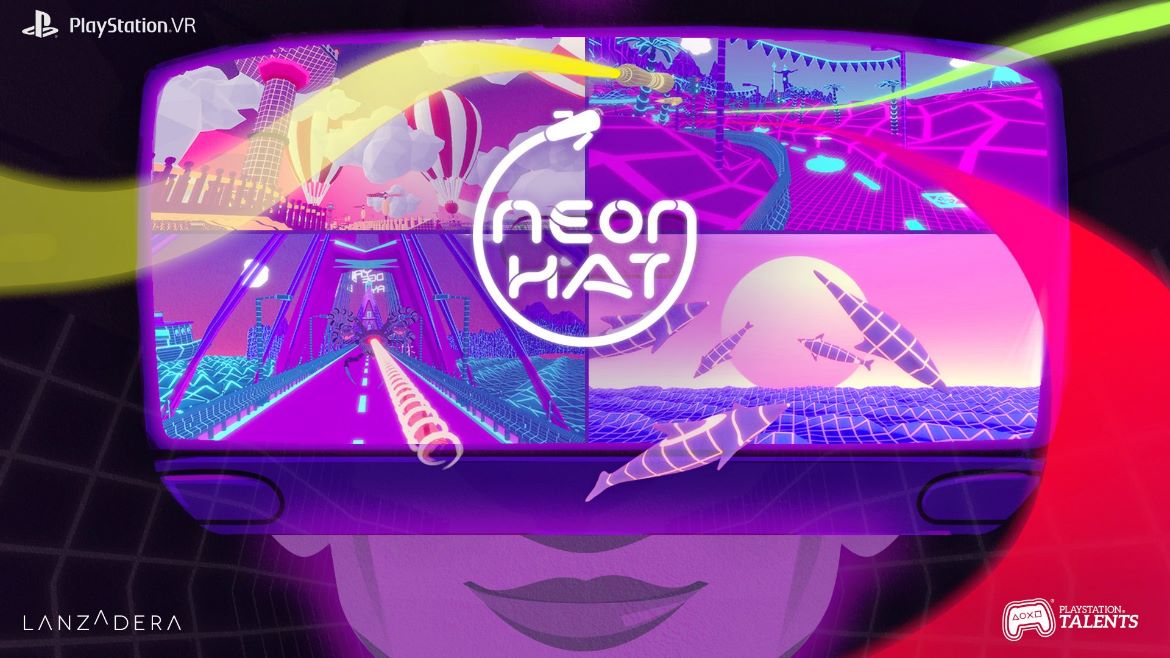 Disclaimer
This NeonHat review is based on a PlayStation 4 copy provided by Sony Interactive Entertainment.