Virtuous Western from Ratalaika Games and NIBB Games is a 2D single-screen puzzle game in which you must rescue your horse from its kidnappers. Check our Virtous Western review!


Welcome to the old western frontier, where justice is served from the barrel of a gun! A nasty gang of outlaws has come to town, and they’ve stolen our hero’s favorite steed.

As Virtuous Western from Ratalaika Games and NIBB Games on PlayStation 5, we are introduced to the game’s story with a cutscene explaining that our local cowboy has got his steed stolen by some bad hombres. He’s angry and goes on a quest to get his revenge as he searches for his horse.

Each of the 30 levels fits on a single screen, making this a short puzzle that you most likely will figure out yourself quickly since they’re all pretty easy. You have to shoot all the enemies while avoiding being shot. If you’re in front of them, they’ll see you and fire, and you’ll have to restart the level. Your character might die a few times as you’re figuring out how to beat each level.

The game can be controlled either with the left analog or the D-Pad, but I thought that the controls felt a bit stiff when playing with the analog stick, so I mostly used the D-Pad to get through the game. I did have a recurring annoyance with ladders because my character would often clip during the last step, which means I was open to enemy attacks. 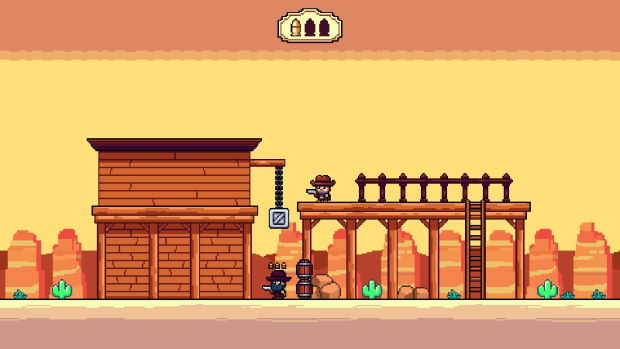 I liked the design of each level which made for a smooth progression thanks to its gentle difficulty curve. Each level will add a new element here and there so that you’re not overwhelmed when an explosive barrel is added, or enemies that have a shotgun, or after it gives you access to dynamite that can make enemies explode. Levels will have more than one solution, giving you a chance to find the right one for you.


The game is definitely more fun once the TNT barrels and the dynamite sticks are introduced. I thought that the game was even more fun from that point since you can then work on setting out chain reactions that will defeat enemies from a safe distance. There’s only one boss at the end of the game, and while he was definitively harder than the puzzle levels leading up to that battle, it is mostly because his attack pattern is a bit annoying until you find the right way to beat it. 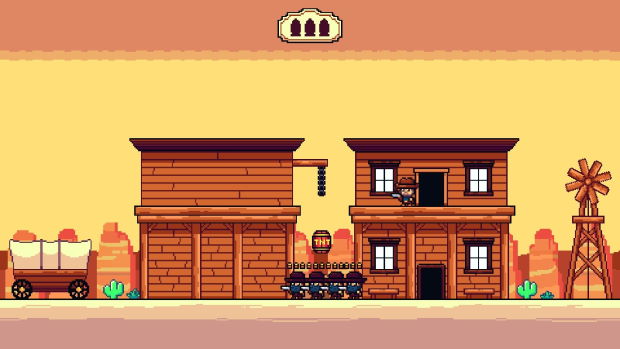 The trophies are quite easy to achieve, which is to be expected from a Ratalaika Games release. As long as you complete all 30 levels, you’ll get to unlock all of the trophies that the game has to offer. There’s only one trophy that you might not get since it asks that you have three bullets on you at the same time. The best option for this one is to collect three bullets during the boss fight. The game is cross-buy, which means you will get the PS4 and the PS5 versions of the game with your purchase. Since each one features a separate trophy list, that means you can get two Platinum trophies for your collection. 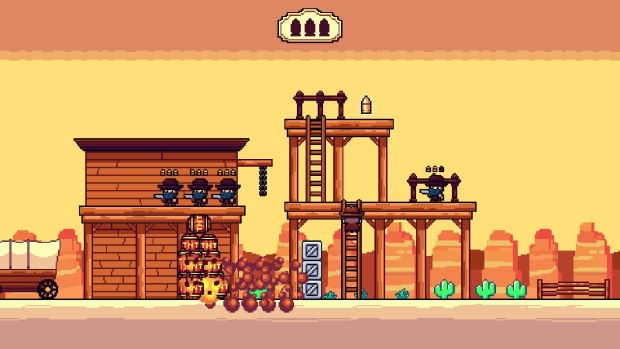 Virtuous Western is a fun little puzzle game that I enjoyed. I thought that the controls were a bit stiff when playing with the analog stick, but the D-Pad gets the job done. The puzzles are not that hard, and with this being a cross-buy title, trophy hunters can get two Platinum trophies for their collection if they have a PlayStation 5. 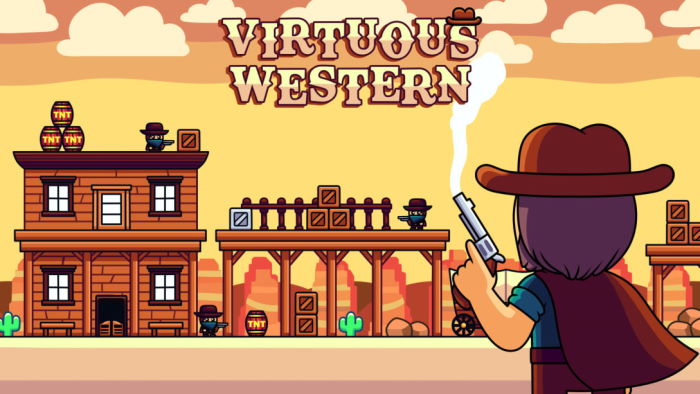 Disclaimer
This Virtuous Western review is based on a PlayStation 5 copy provided by Ratalaika Games.