After a few months of exclusivity on other platforms, The Medium from Bloober Team and Koch Media is ready for PS5. Find out if the psychological horror game is worth your time in our The Medium review!


After initially releasing on other platforms with some of that good old-fashioned timed exclusivity, The Medium from Bloober Team and Kock Media is ready to go on PlayStation 5. The story starts with Marianne preparing Jack, her foster father – and funeral homeowner – for his funeral. After you put the final touches on his suit, the lights start blinking, and you hear noises. As you go back to Jack’s office, a violent headache grabs hold of you, and the screen splits in half, revealing your spirit counterpart in the spirit world as she ends up talking with Jack’s spirit, eventually helping him leave said world. As you take a moment to grieve your loss, the phone rings, and a man named Thomas tells you that he needs your help and that he can give you the answers you’ve been looking for your whole life. 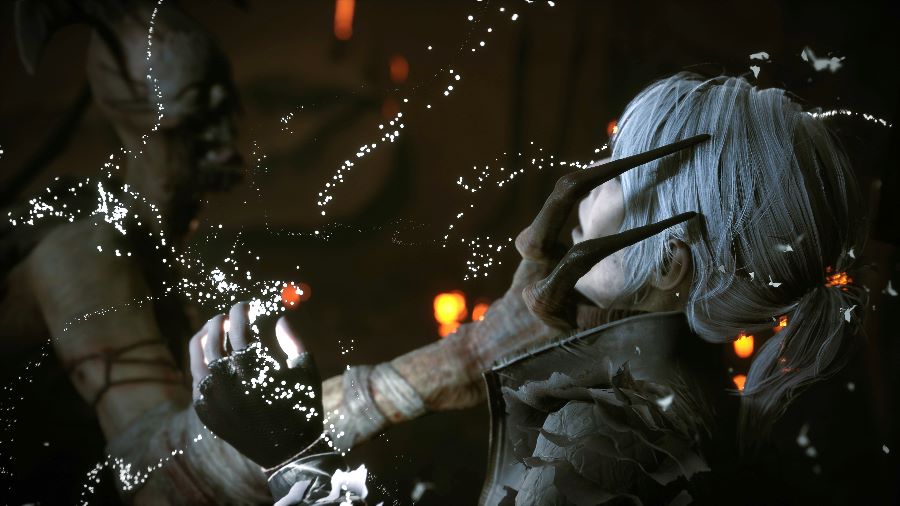 In search of answers, you decide to head to the Niwa Workers’ Resort where Thomas requested you to come, a place that was shut down a few years before after the Niwa Massacre. As you explore the place, you’ll find the presence of spirit memories, a young spirit girl named Sadness, as well as a dark creature known as The Maw, who can find a way into the real world. As for the rest of the story, you will have to discover it as you play since I don’t want to spoil your experience.


The game is played from a third-person perspective but with some fixed camera angles, pretty much in the same way as the first Resident Evil trilogy. This comes with the sometimes annoying situation of going in one way by pushing the left analog stick, and then the camera shifts angle, and you either hold your direction or completely shift to point towards where you are trying to go. Also, considering those fixed angles, the camera can’t be controlled with the right analog stick, as you usually do with most third-person games. You can also hold the L2 button to run. 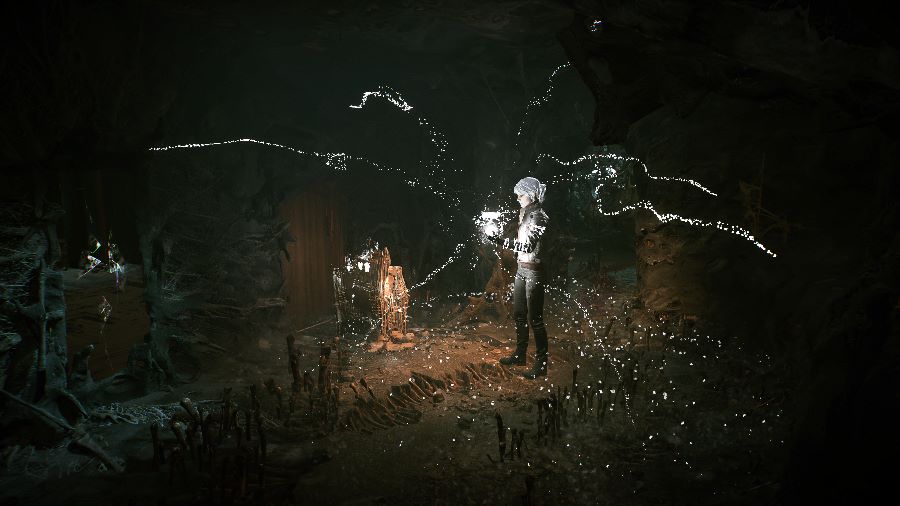 When you find a point of interest, you can investigate it with the Square button, which sometimes presents you with a closer view of what you’re looking at. From there, you can either use the DualSense’s motion controls to look around or toggle the option to use the analog sticks. Holding the L1 button activates your Insight, which is used to reveal hidden objects or memories that are embedded in some objects. When a “split” occurs, you end up seeing Marianne in the real world and the spirit world, and you move both versions at the same time. Holding the R1 button will activate the Spirit Shield around Marianne in the spirit world to protect her from moths that can attack. The R2 button will allow you to release a Spirit Blast that can help move some things out of your path. You’ll also be able to have some out-of-body experiences by holding the Circle button where you’ll only control your spirit self. Do be aware that you have limited time before having to go back if you don’t want your spirit to detach from your body.


Visually, the game has an incredible atmosphere that is truly immersive, especially with some nice usage of the DualSense controller in terms of vibration and also with the memories dialogues being output from the controller’s speaker. It’s also a bit weird at first, but you get used to the split-sequence where you have to look at both sides of the screen for points of interest. 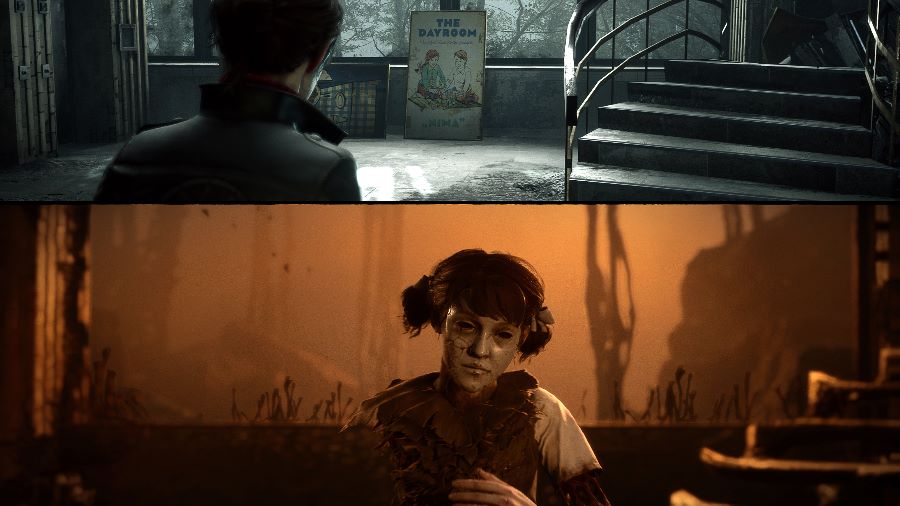 To be honest, I wasn’t expecting a game with fixed camera angles, so my first impressions weren’t so great since I’m not really into games that do that in this day and age. But after being introduced to the concepts of the game, it started to grow on me, as I enjoyed an interesting game with relatively simple puzzles to solve, allowing me to focus on the story. And this is where the game truly grew on me. I found the story to be great, with memories you find giving you more information on what happened at Niwa, as well as allowing you to learn more about your character.


As for the trophies, the list is a relatively easy one. There are obviously a lot of trophies tied to the story, and then it’s mostly a matter of finding all types of collectibles as you play. The thing is, there’s no chapter select option, so you have to be careful as you explore. If you can achieve all that, you will have a new Platinum trophy for your growing collection. 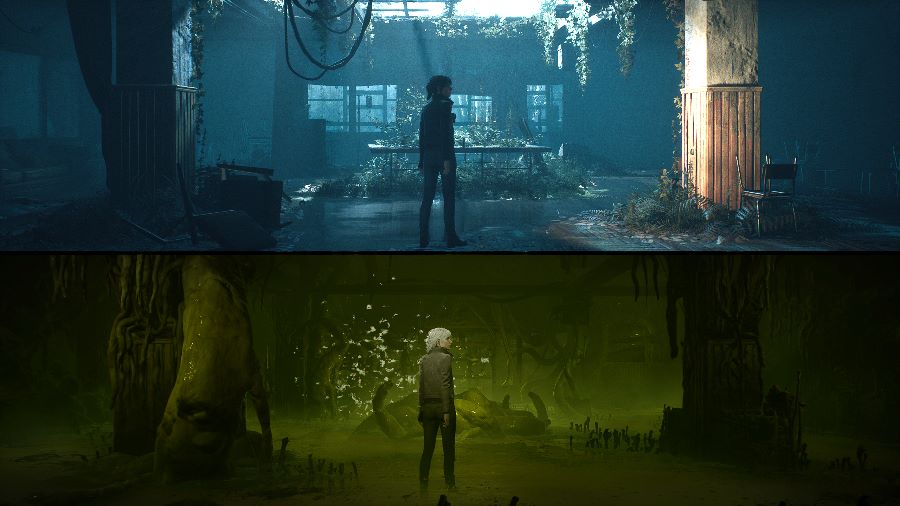 The Medium is a great game with a story that’s definitely worth playing. It’s not extremely challenging, so anyone looking for a good psychological horror game will have a good time with this one. The Medium is out tomorrow on PlayStation 5 with a $49.99 asking price.

Disclaimer
This The Medium review is based on a PlayStation 5 copy provided by Bloober Team.