Subdivision Infinity DX from Mistfly Games and Blowfish Studios is a 3D space shooter that’s inspired by classics in the genre, and it’s now been updated for PS5. The game’s story starts with a distress signal from control center M-t12 on Alpha Tyche. You are Rebel-1, a hired contractor that is sent on a mission to establish contact with them to know what is wrong. As you arrive at Alpha Tyche, unidentified spaceships attack you. After fending them off, you are able to land on Alpha Tyche and meet with AV-2, who will help you find out what is going on and offer his help and hangar to make modifications to your ship.

When you’re in your spaceship, you’ll be able to speed up your thrusters with the L2 button and speed down with the L1 button. Your left analog stick will have you strafe left or right and move up or down, with the help of the right one, to pivot on the Z-axis and do all sorts of spins and crazy space maneuvers. When you press and hold the L3 button, it will make your spaceship accelerate, which is limited in duration. The R2 button is used for your primary attack and the R1 button for your secondary one. From there, your goal in missions will vary but will most likely involve some space shooting to eliminate enemies and other stuff, such as defense turrets. You’ll also eventually gather a mining tool that will allow you to grab some minerals that will be useful when you’re back at the hangar. 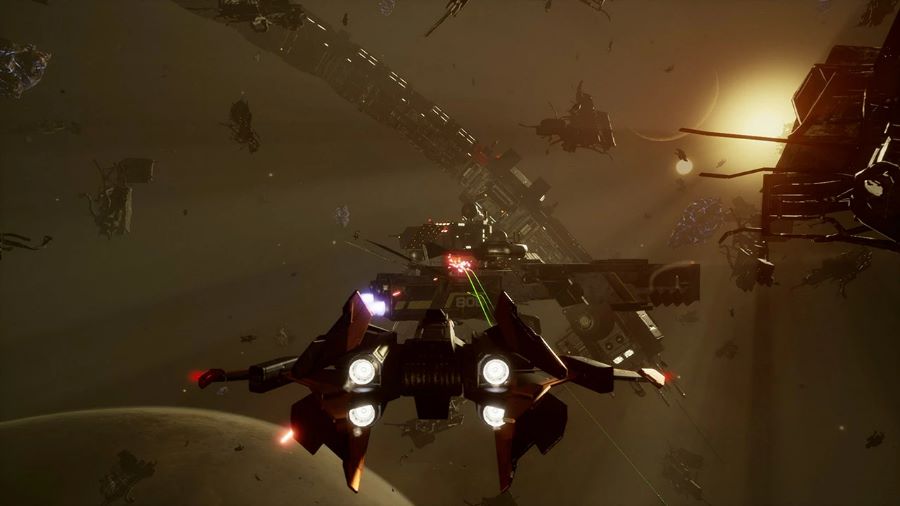 Speaking of the hangar, this is the place where you’ll spend your time in between missions. You’ll be able to purchase new ships or craft new ones. In both cases, some will require a minimum level, so playing missions and gaining XP will gradually get you there on that front. To craft spaceships, you’ll need to gather enough money and specific items that you’ll mostly find in exploration missions. Ships you already have will also have the possibility of being upgraded to have better armor and health. In another part of the hub, you’ll be able to purchase new weapons, which all have different values in terms of damage, fire rate, and overheat capacity. In another section, you’ll have the possibility of upgrading your existing weapons to raise their stats. Finally, the last section of the hub is where you’ll choose the mission you want to play. The game has five different locations, each with some campaign and exploration missions for you to complete. 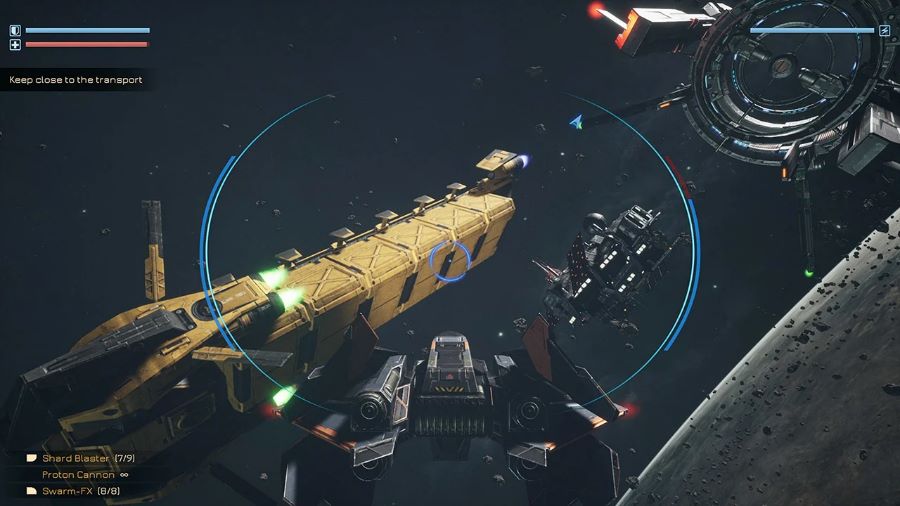 In terms of the visuals, the game doesn’t have some incredibly stunning visuals but does a fair job in providing a decent space experience. On the audio side, though, I really loved the game’s soundtrack and would definitely see myself listening to it outside of the game. One thing that disappointed me was to see that nothing was implemented for the adaptive triggers of the DualSense. It would’ve been great to at least have some feedback when pushing your thrusters to accelerate, but that is not the case. 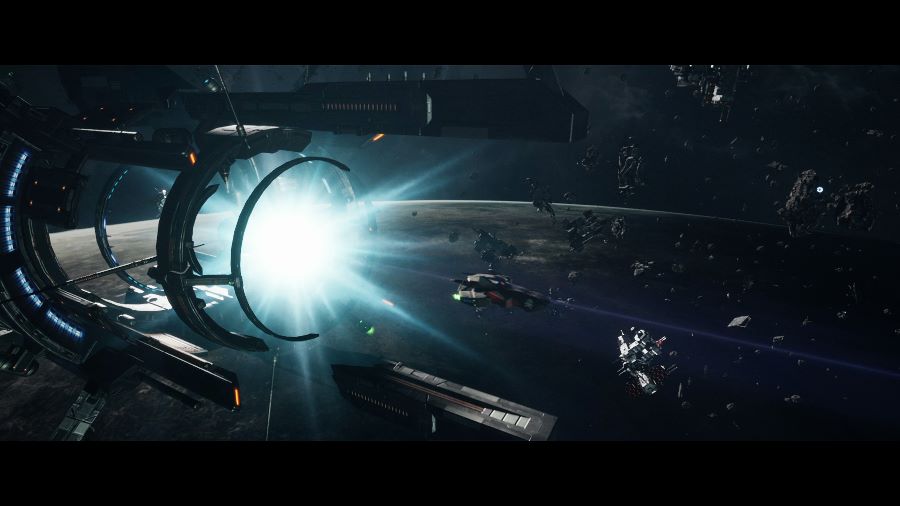 I honestly can’t remember the last time I played a space shooter like this, so it was great to jump in on this journey. At first, I found the missions pretty easy and thought that I would be in for a walk in the park all the way to the end. That was until I did a mission in which I was torn t pieces. It was then that I started to look at the different upgrade options and found the fun in the game since it encourages you to upgrade and purchase new equipment if you want to survive. At first, the user interface to go between equipped weapons, upgrading them, and swapping them was a bit unintuitive for me, but after navigating it a little bit, it became clear what I had to do. 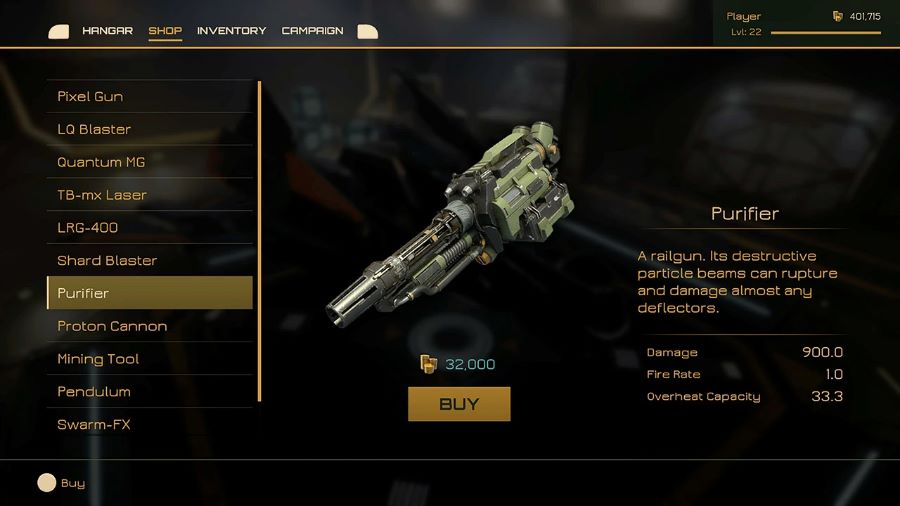 As for the trophies, the game has a rather simple list to complete on your way to the Platinum trophy. There is a trophy for beating the game – because of course there is – but the vast majority of the trophies will pop naturally as you play through each of the main missions and side missions, as you and blast your way through the opposition.

Subdivision Infinity DX is a fun space shooter with lots of content in terms of customization for your spaceships. It has a few rough edges but nothing dramatic that would make you skip this game, especially at a relatively low price of $14.99.

Disclaimer
This Subdivision Infinity DX review is based on a PlayStation 4 copy provided by Blowfish Studios.